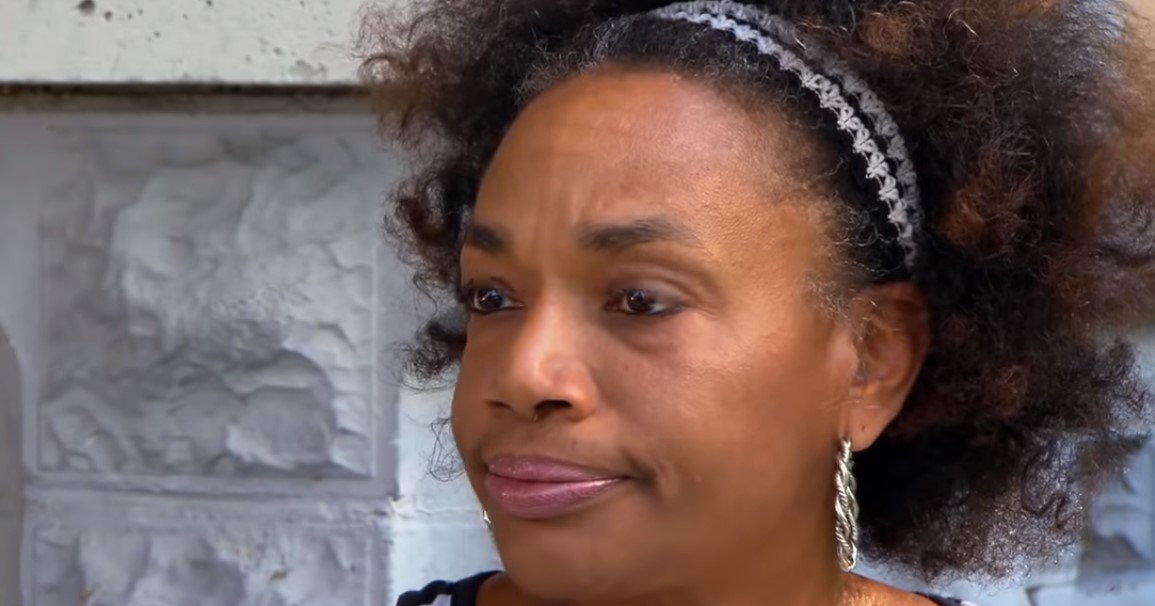 A single mom couldn’t pay rent and stayed for almost 10 years, every day she lived in fear of being caught.

Everyone dreads the inevitable start of the month when bills eat away at your paycheck quicker than you made it. Rent is usually the biggest culprit that no one can seem to avoid.

And while parting with money is never easy, we all suck it up and tighten our belts when the end of the month looms near. But one woman found a clever way to avoid paying rent altogether. 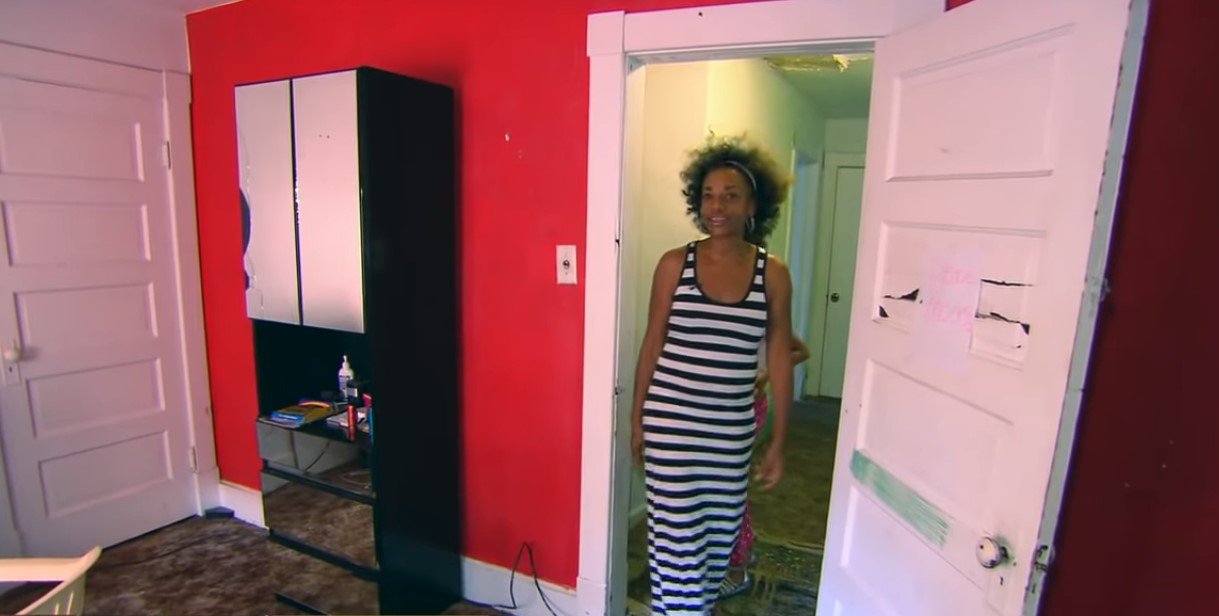 When a single mom of three moved into a spacious three-bedroom house in a well-off neighborhood she wondered how she would make ends meet.

Rent would be sorted by the company for a while, but after that, she could be paying sky-high fees. The worst was the not knowing.

Her arrival at the house in Indianapolis, Indiana began the strangest rental story you have ever heard.

In 2005 Lisa Hardy packed her 3 kids into the car and set off to her new job and a new house. It was a good break for her and right now she was just taking things as they came. She’d worry about the rest later. 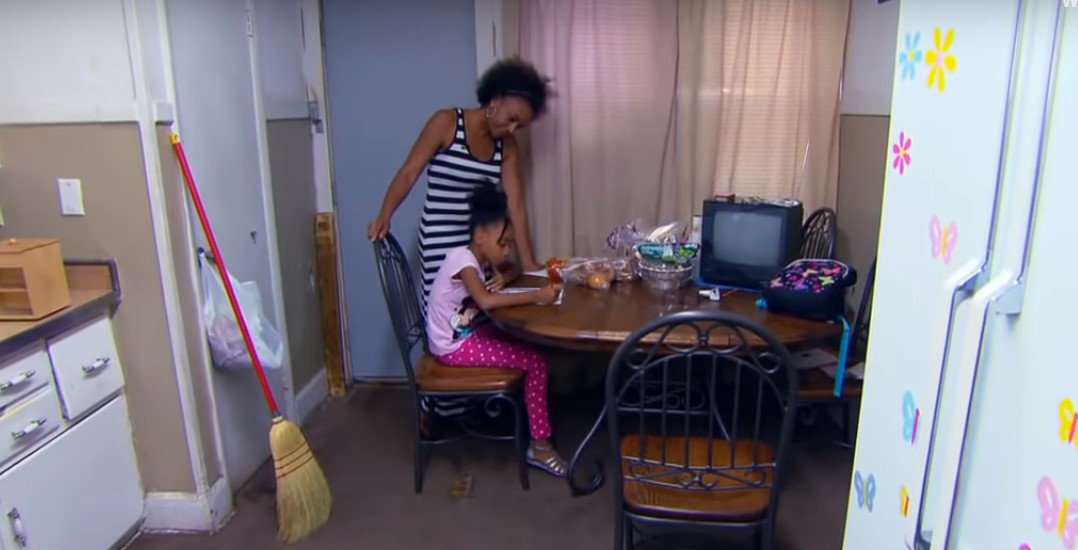 The house was so much bigger than where the small family of four had been living before, with quiet streets and a backyard. The kids fell instantly in love and tore around the house claiming bedrooms as they played and tired themselves out.

They would never know the secret their mother carried alone. 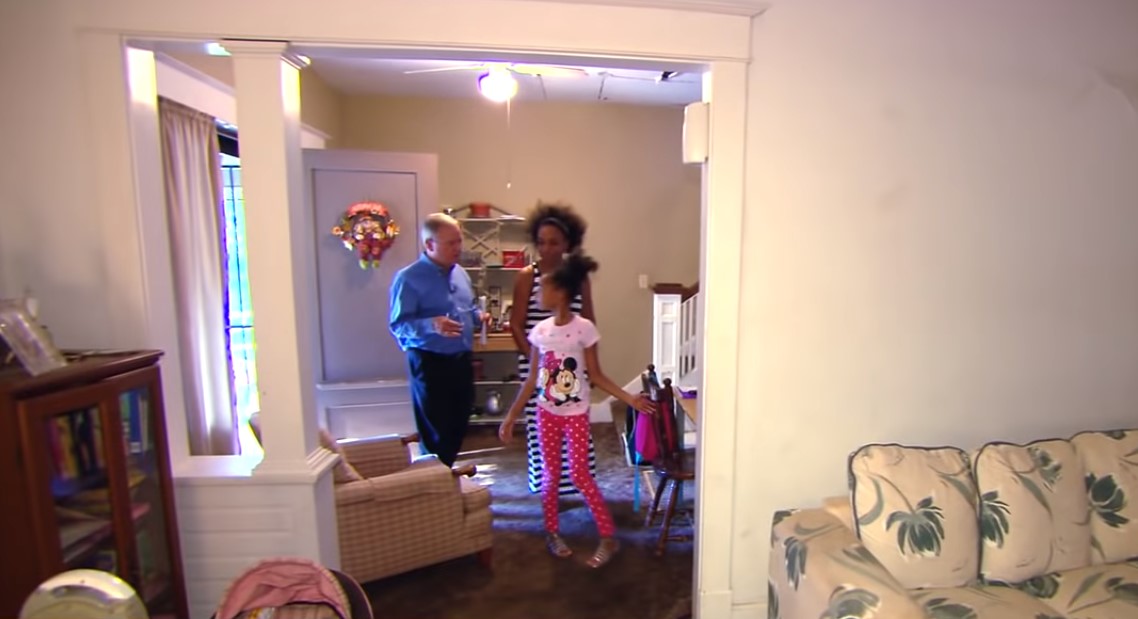 The children all tucked away for the night, Lisa lay in bed wondering over this new start in life. She now had a good job as a Realtor at a company called Showhomes Property Management. That’s how she’s managed to get such a big home, the company owned a few houses and told her she could stay in one until she got on her feet.

No rent was discussed and neither was a timeline. 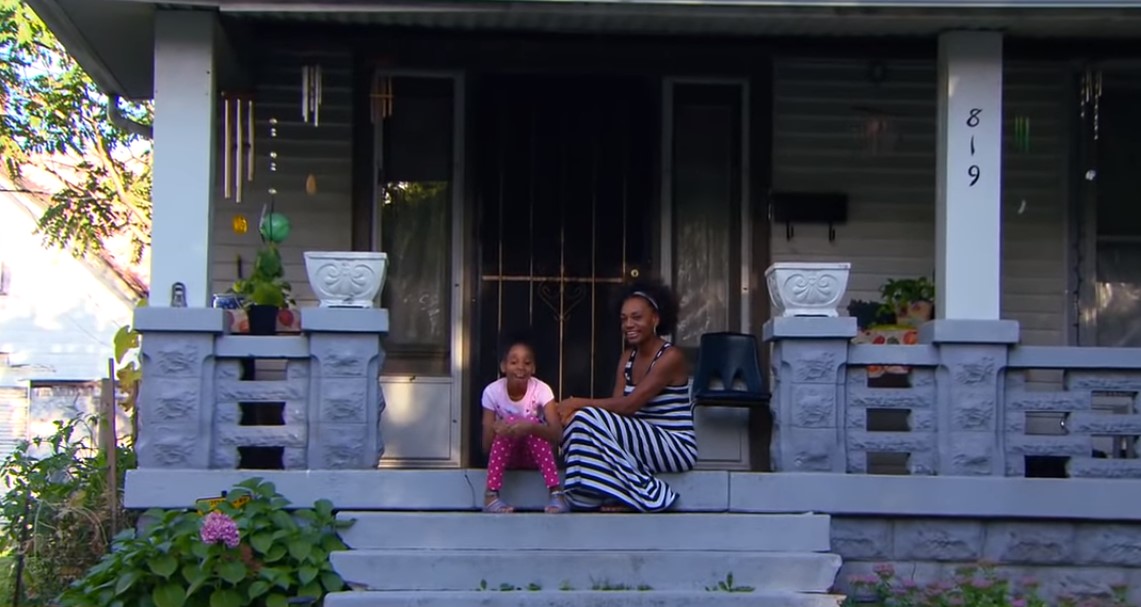 The precarious terms of her agreement were the cause of most of her sleepless nights and a ball of anxiety lived in the pit of her stomach.

She knew money could disappear quickly with three extra mouths to feed, so she began to save some money here and there for the eventual day that was sure to come. Whenever that would be. 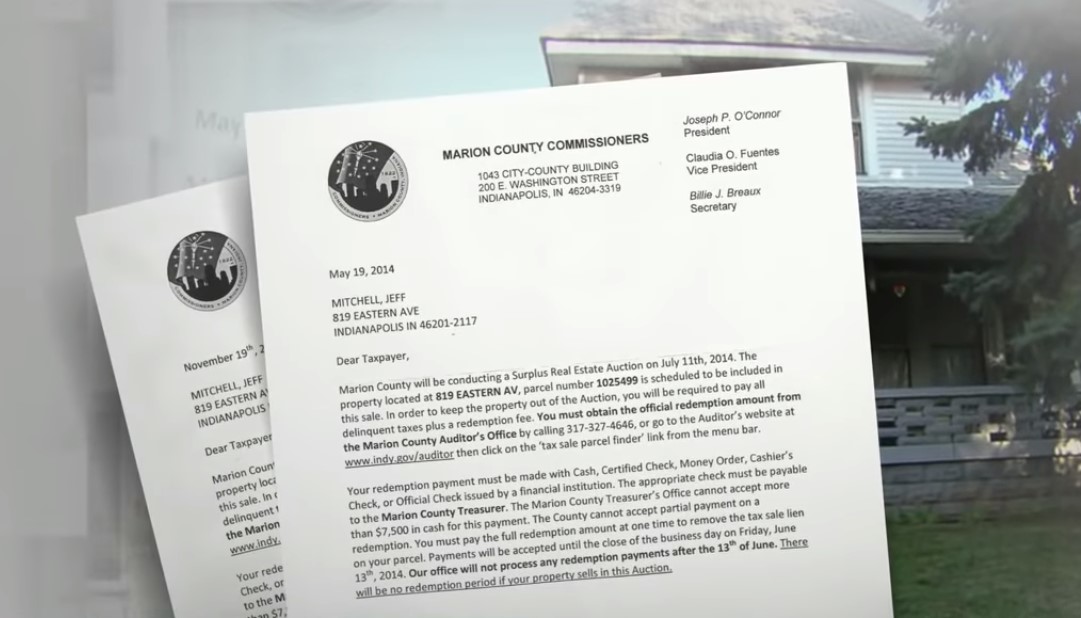 A year passed and Lisa was keeping quiet about the rent issue, hoping it would stay forgotten when something awful happened. In 2006 Indiana was hit with a monumental mortgage disaster.

All across the country it became known as the subprime mortgage crisis which in turn spawned the Great Recession of the late 2000s. Lisa’s job was in danger.

The crisis was caused mostly by mortgage-backed securities and a higher demand for mortgages, and Showhomes Property Management began laying off most of its staff, Lisa included.

In a strange turn of events, the company collapsed when the CEO was arrested on charges of mortgage fraud. Lisa felt the fear of being homeless return.

What Did The Future Hold 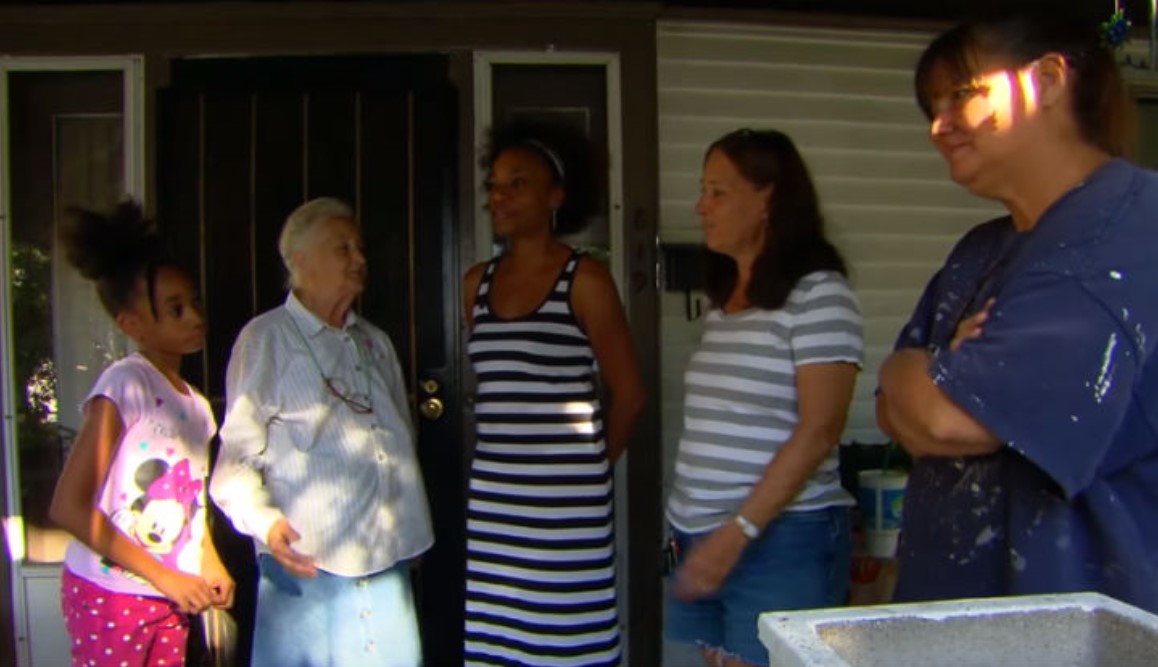 Surely now rent bills would come flowing in. Every day Lisa dreaded opening the mailbox or worse, a new landlord evicting her and her children. This was supposed to be the temporary rent-free location her nonexistent company put her in.

No one knew what the future held, so Lisa did the only thing she was able to. She stayed. 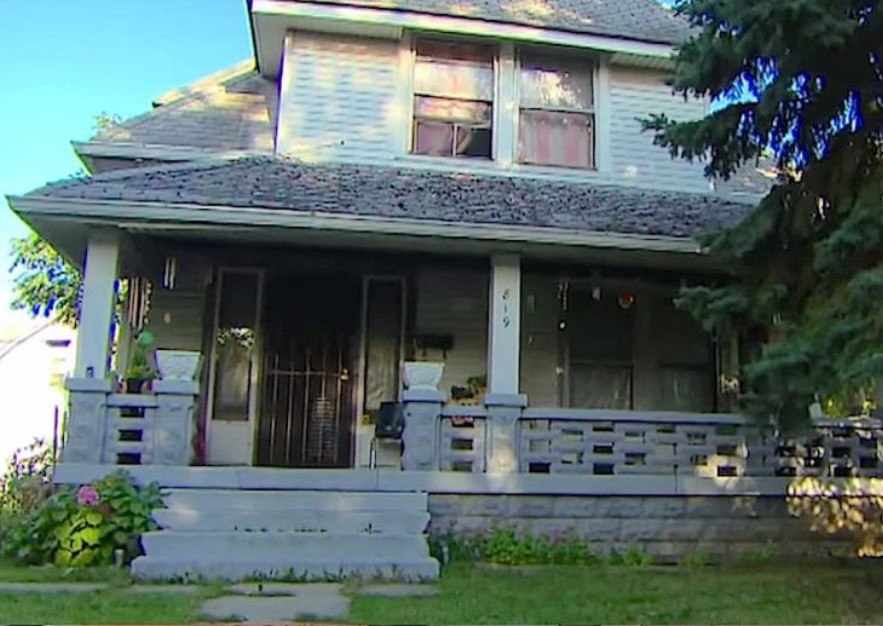 Lisa struggled to find any other job, but in the current economic climate it was near impossible and her line of work, being a realtor, was a dead end.

She used her savings to make sure she never missed a payment on her utility bills, not wanting to draw any further attention to her possibly illegal predicament. 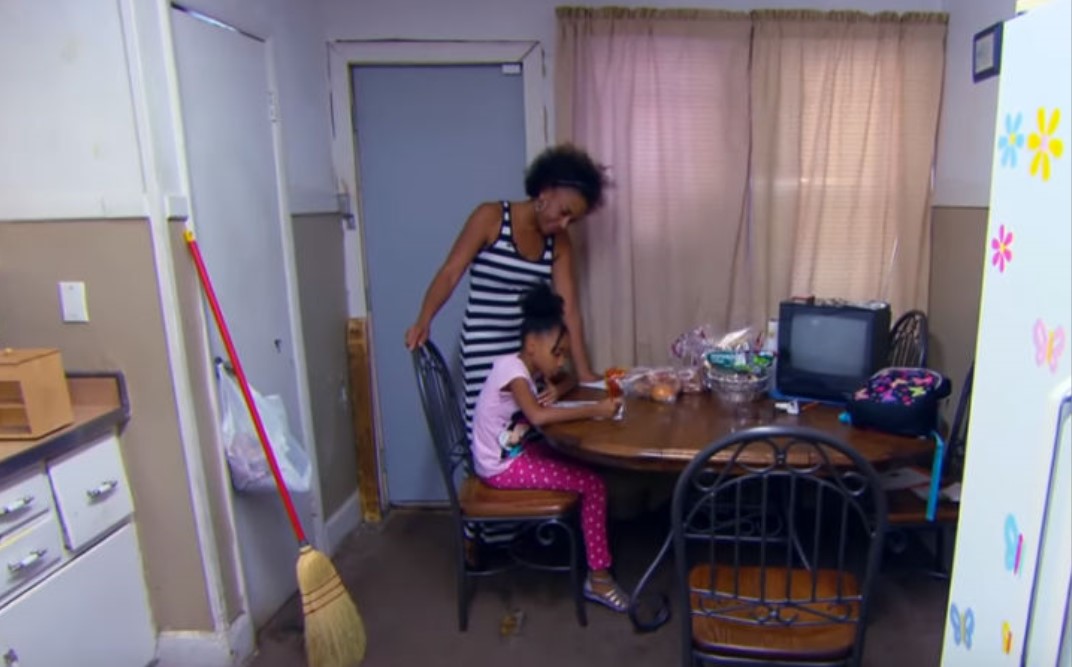 The house Lisa lived in was just one of many that were unclaimed and hers was the only one that wasn’t standing vacant. The houses including her own were put on auction. Lisa tried to keep a cool head in front of her kids but inside she was freaking out.

She made an offer on the house but it was suddenly pulled from the active pool. What was going on? 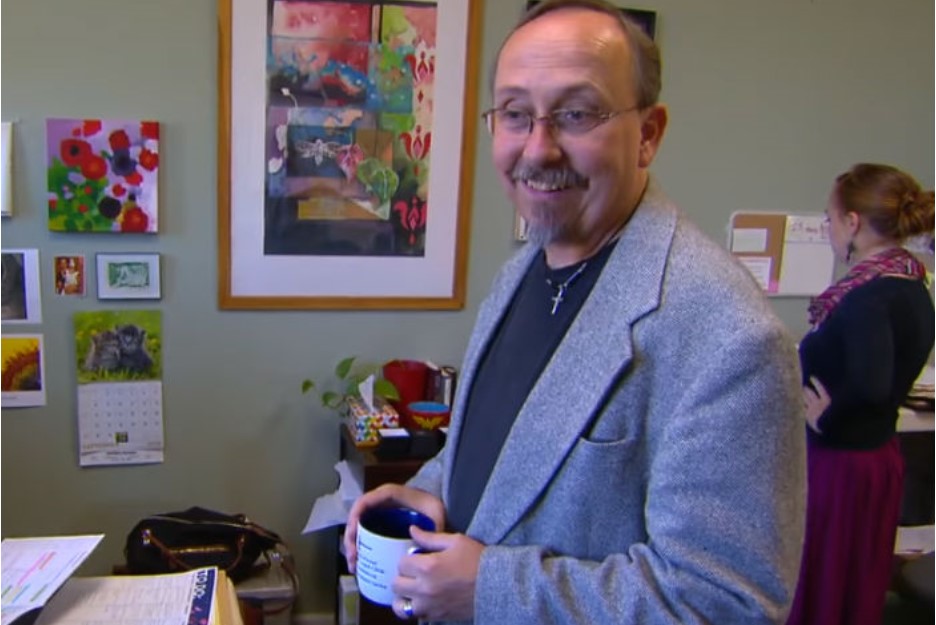 Roger Rayburn, a member of the Neighborhood Christian Legal Clinic remarked, “Simply because the glut of houses that the city had under their control. There were so many to deal with, literally thousands, that it was impossible to keep up with,” and he was right.

Lisa and her 3 kids stayed in that very house for another 8 years. 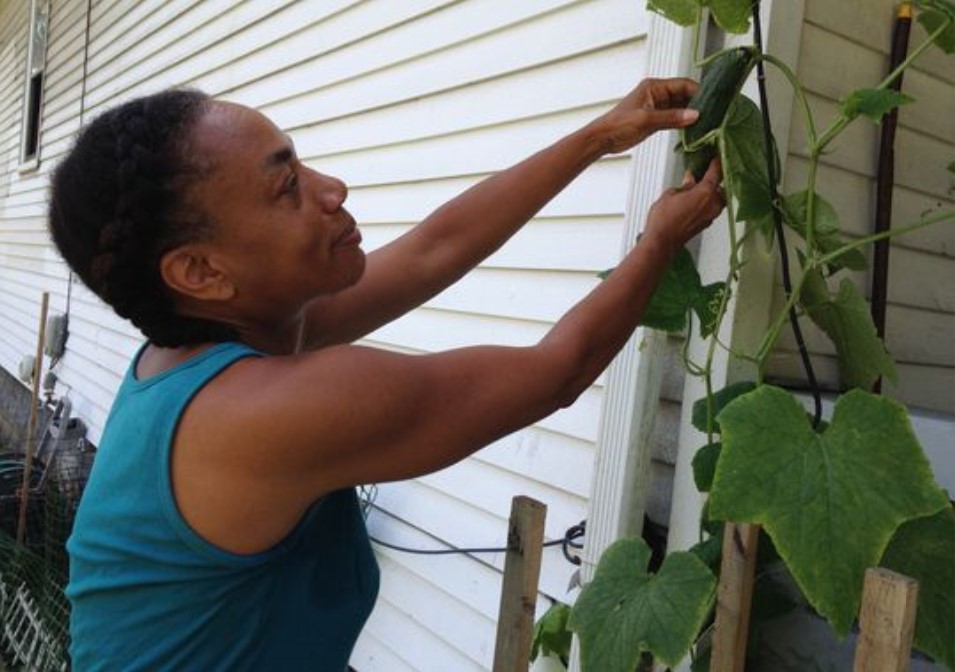 As months turned into years the family stopped worrying about the house. It seemed to have been forgotten and as time moved forward the two older children left to begin lives of their own.

Lisa had some money from odd jobs she’d picked up over the years and zero rent meant that she could live quite comfortably, raising her youngest daughter, until someone remembered. 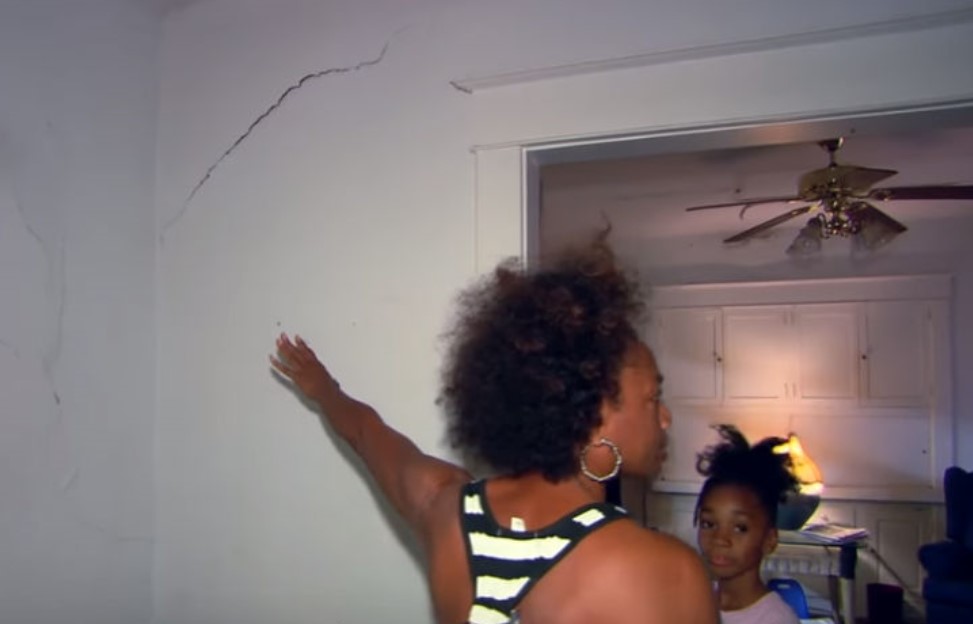 Not having a landlord is some people idea of bliss, but there are some hefty price tags that come along with owning a house.

Lisa had no one to fall back on, and after months of dealing with a persistent roof leak she forked out a large part of her saving to have the roof repaired — before it did more damage to the structure of the house itself. 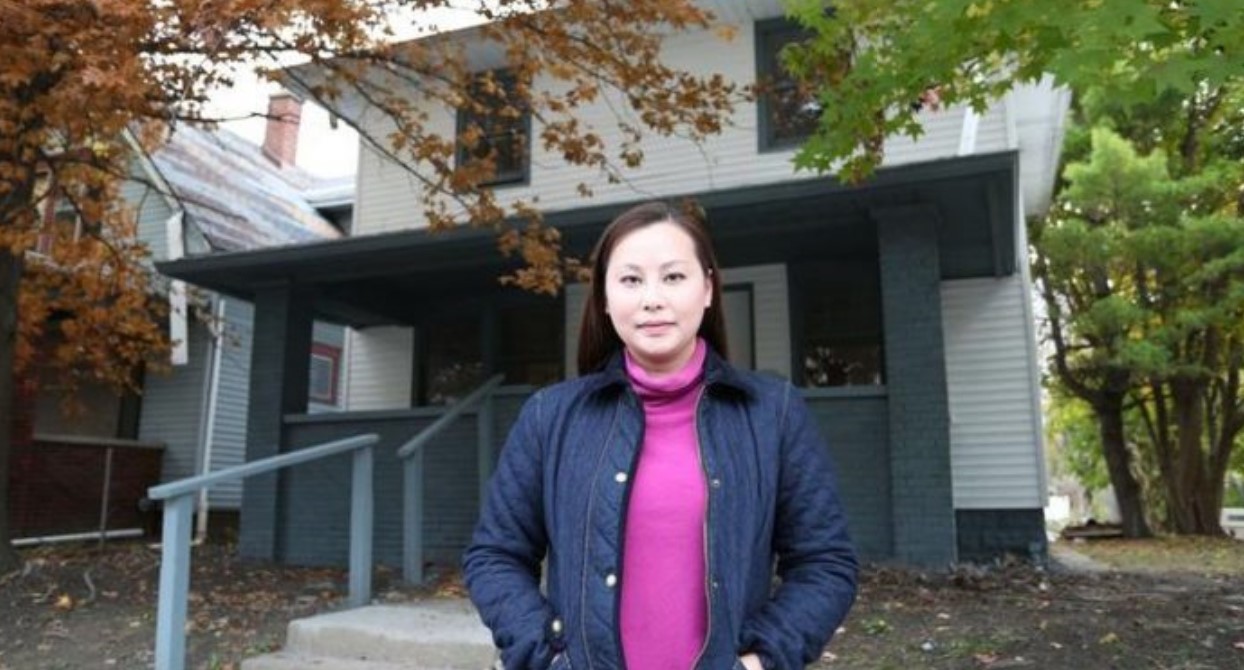 It couldn’t last forever though. Every few years the lots were put on auction and Lisa tried to bid on them, but they always disappeared as though they had never even existed. It was as though she was being reminded to appreciate her circumstances. One day without warning the house went up for sale for $7.500.

Lisa just didn’t have that kind of money, and a massive investment company from Singapore called CTL Group bought up Lisa’s property. 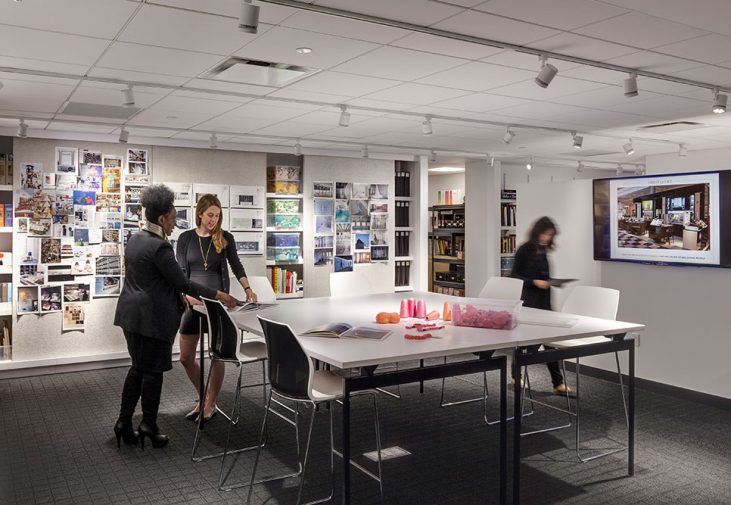 Days of anguish passed and Lisa didn’t know what to do. The inevitable had finally happened and she would be turned out on to the street if she didn’t find somewhere to go soon.

But then one last amazing thing happened. Clara Tan Lisin, the founder of the investment group, said she’d be happy to keep Lisa as a tenant… if she was able to pay the rent. 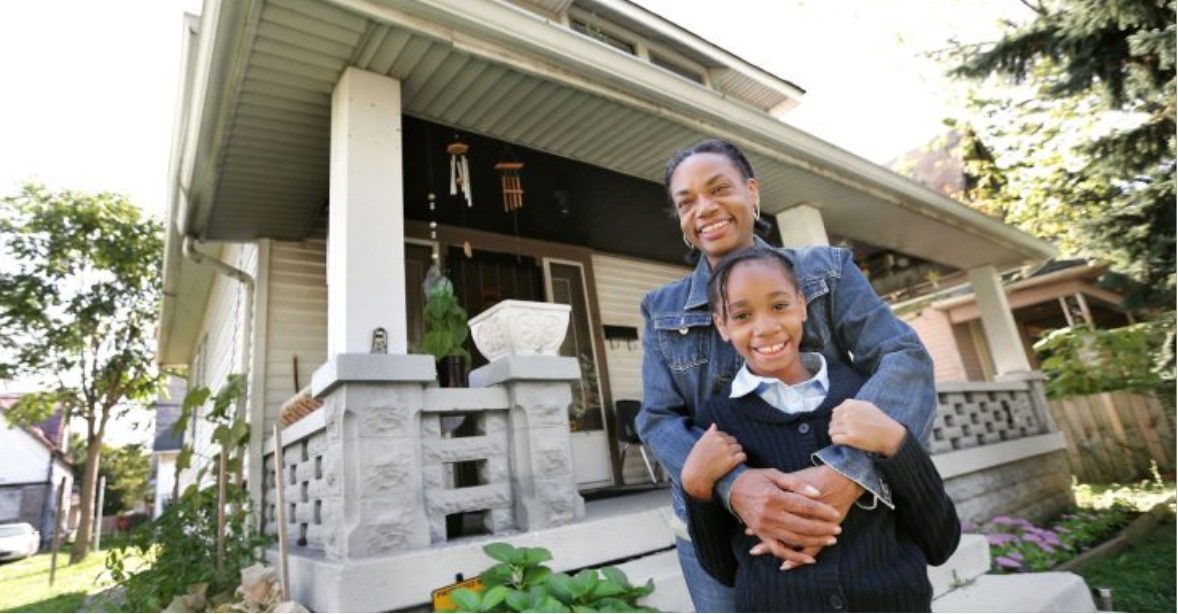 More than happy with the turn of events Lisa accepted the proposal. The house had been falling slowly into disrepair without the financial aid of a landlord to maintain upkeep.

Lisa was glad to hand over the reins and pay some rent for the luxury of someone else fixing up the house. A new coat of paint would be nice.

A Sigh Of Relief 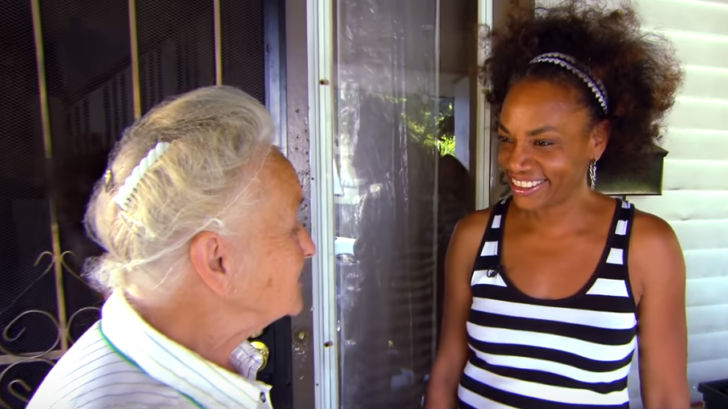 The days of living rent-free were now gone and with it the terrible uncertainty that had loomed over her day in and day out.

She wouldn’t have to worry that her daughter might not have a place to sleep at night or of being kicked her out of her home unannounced. So what was there left to do? 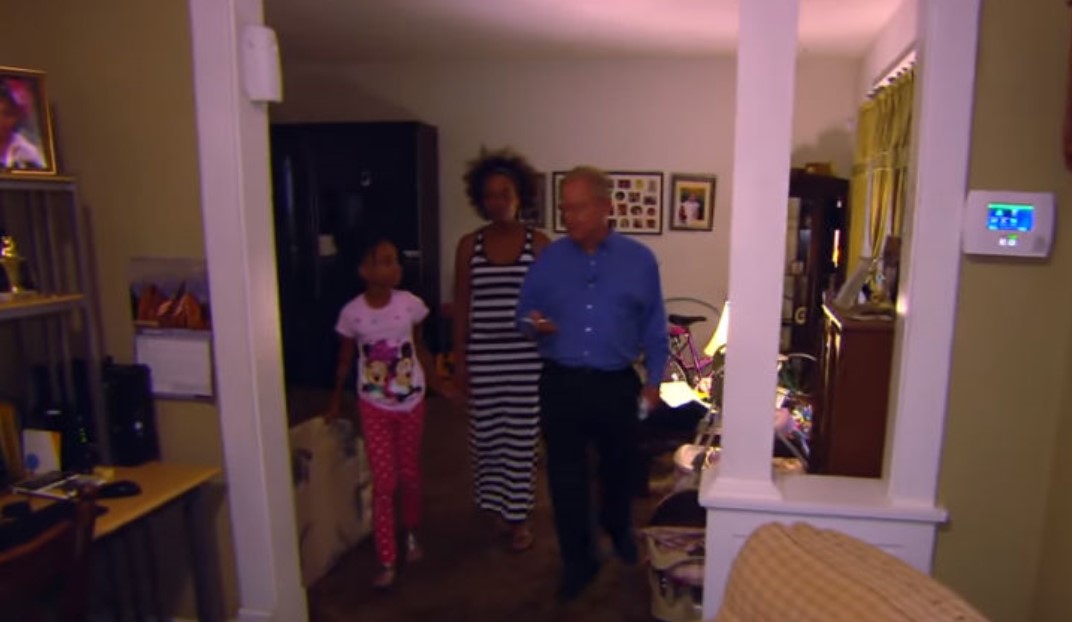 Lisa and her family were just particularly lucky to have moved at that exact time for circumstances to play out just as they did.

While so many people were negatively impacted by the housing crisis, Lisa found a way to survive and do the best by her children, and she hopes one day to save up enough money to buy a house, too. 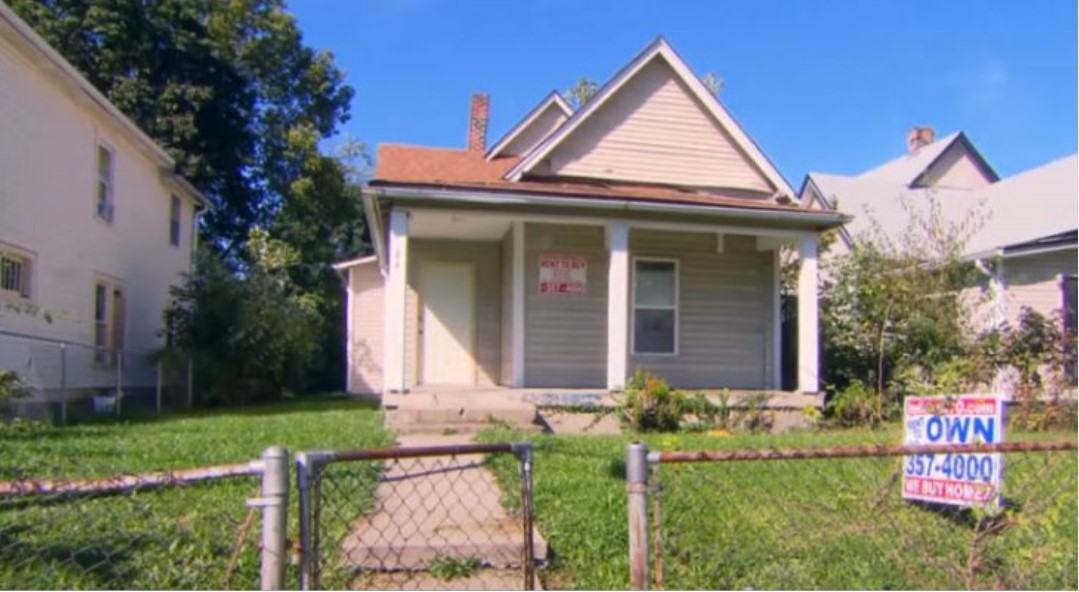 Living rent-free for almost a decade was the most amazing turn of luck for the single mother of three.

Au unusual and chaotic time afforded the family to get a better start in life, but and time will only tell how they will use this break to further themselves.