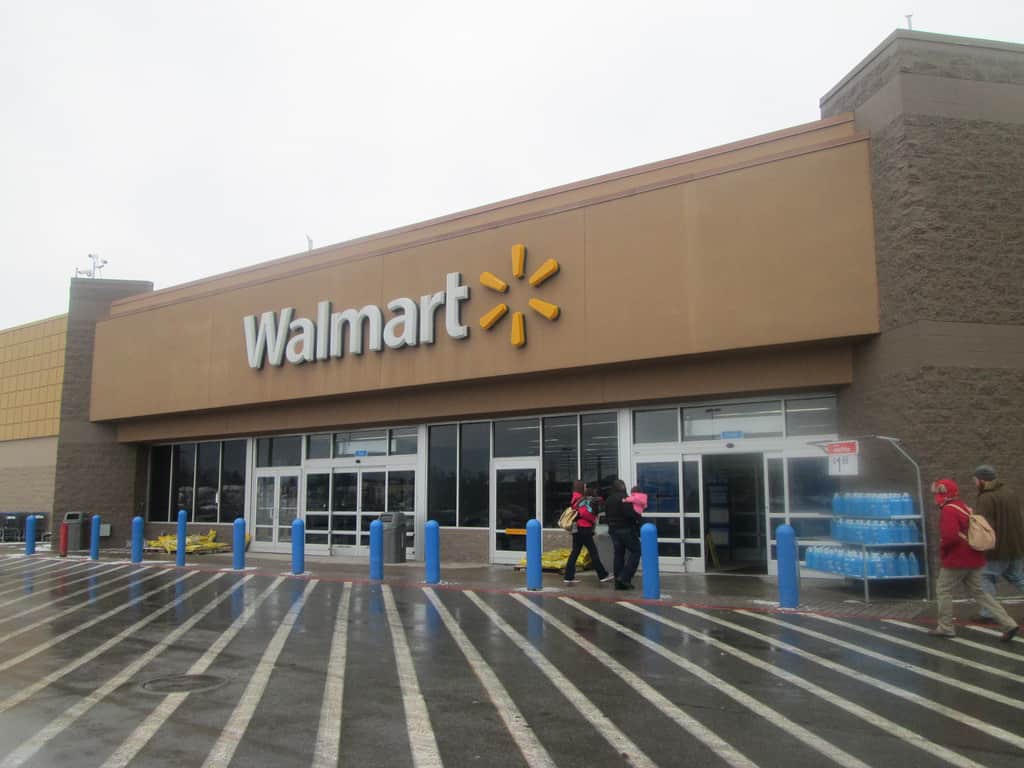 You never know what a child might say or do next. Being a parent means that you will often find yourself at a loss for words when it comes to your children’s actions. We can’t always be sure what kind of person we will be raising. All you can do is hope for the best.

One mother, however, has been left with no doubt as to the kind of person her child will be.

While on a regular shopping trip to Walmart, a woman and her son shared a special moment. Shortly after they arrived, the mother realized that her son had left her side and was missing. She immediately became worried and angry as she started to search for him.

When she found him, however, she immediately had a change of heart.

After the events of the day, the woman felt that she needed to share the story with the world. She took to social media to share what is undoubtedly one of the most heartwarming stories you will read all here.

Here’s what she told us.

The post read as follows: “I had to run into Walmart. I turned around to make sure my son was next to me. ” She went searching for him once she saw he wasn’t there. Finally, she found him kneeling in front of a bench.

She didn’t understand at first until she looked at what was on the wall.

There on the wall above him was a collection of photos of missing or kidnapped children, along with a sign that read “Every Second Counts.” The sign reminded people that it only takes a second for a child to go missing.

Her son was kneeling and saying a prayer for these missing children and their families.

A photo of the boy praying before the photos quickly went viral as the image touched the hearts of all who saw it, not only those with missing loved ones. Since it was posted, the photo has been shared more than 115,000 times on Facebook alone.

The photo was also featured on a Facebook page for a missing boy.

Aubrey Jayce Caroll went missing in 2016 and still hasn’t been found. As it happened, Aubrey’s photo was one of those on the poster that the young boy had been praying in front of. The young boy’s simple, innocent action has reached far and wide.

Many people have been sharing their thoughts on the matter.

On Facebook user posted: “I don’t know who this little guy is, but I want to thank you for praying for these children. One of those kids up there is my cousin Aubrey Carroll. This has certainly touched my heart. If I knew where or who this kid was I’d love to thank him personally.”

This proves just how significant even the smallest little action can be.

One of the people who saw the photo commented: “Whether or not you believe in God doesn’t matter. This was a child in Walmart who was thinking about others and doing the only thing he could to help. The world would be a better place if everyone followed his example.”

This person understood the true value of the boy’s actions.

The world is a crazy place, especially during this confusing time and it is easy to see the world as a dark, scary, and unforgiving place. However, this little boy has helped to remind us that even in the darkest times, there is always hope.

It is important to realize that our actions matter. It doesn’t matter if they are big or small. One little act of kindness can change not only a life but the entire world. Hopefully, this young boy will help to inspire us all to be the best version of ourselves.

Let’s all follow his example and try to make this scary world a better place.