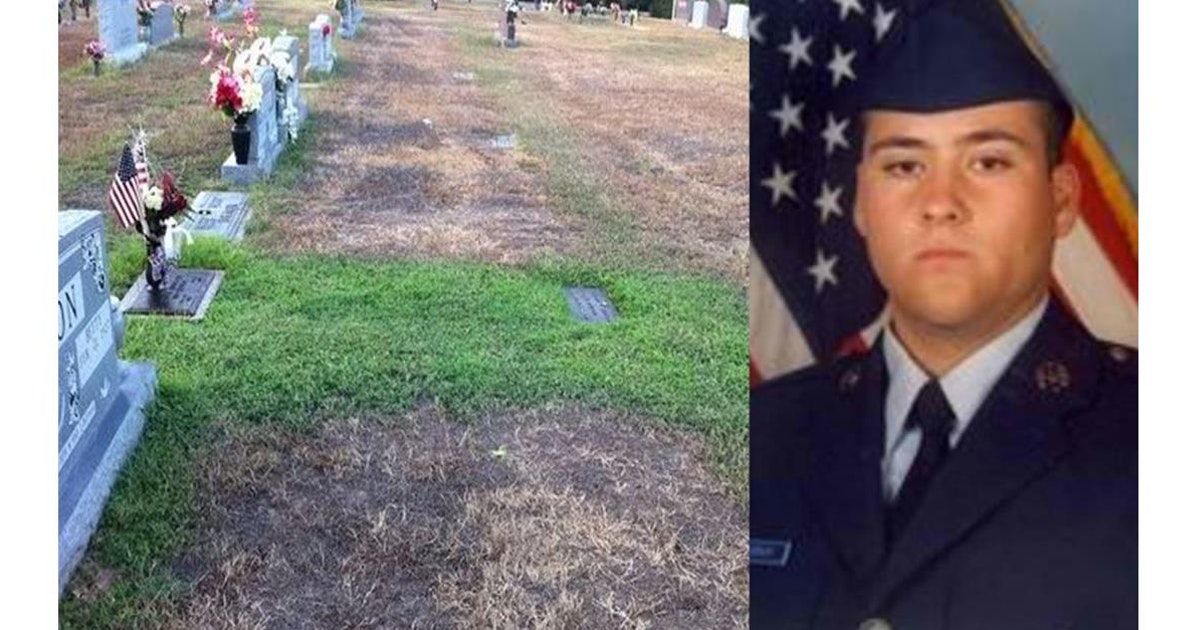 A Life Of Service

Staff Sergeant Joseph Villasenor enlisted in the United States Air Force in 1994, and served honorably for 16 years. He had been selected to pitch for the Charleston Air Force Base’s softball league – a dream come true for him since softball was his favorite sport. One day in 2010, he was on his way to a game when the unimaginable happened.

Sgt. Villasenor was in a car crash, and he was killed. He was only 36 years old. Being a native of Arlington, Texas, he was buried at Garden Park Cemetery in nearby Conroe, Texas. He was survived by his parents, Raymond and Rachel, as well as by his wife. One day when his parents visited his grave, they saw something they weren’t expecting – all thanks to a selfless widower.

Jake Reissig is an 86-year-old man who lives in the town of Conroe. His wife of 65 years, Betty, passed away in 2014. They had had nine children and a fairytale marriage. After her passing, he developed a daily routine that he carries out to this day, and which helped him change the lives of another mourning family.

Every morning, Jake wakes up and goes to church. Afterward, he has coffee with one of his nine children and then returns home. There, he clips some roses from his garden, making sure to take the most beautiful ones each time. Then he heads off to Garden Park Cemetery. At Betty’s grave, he waters hear headstone before leaving the roses. Summer or winter, he always brings roses. But why?

It turns out Jake is something of an old-school romantic. During the 65 years that he and Betty were married, he gave her one rose each day. So he continues this tradition and uses the occasion to talk to his beloved wife, whom he still misses deeply. In 2015, though, something happened that made him add one more thing to his routine.

In the summer of 2015, a severe drought hit the state of Texas. Soon enough, the grass in the cemetery started to dry up. Jake was not about to let this happen, so he started watering the grass around Betty’s plot. His love and dedication helped the grass grow back healthy and green. One day, as he was finishing up his daily routine, he saw something that touched his heart.

A few gravestones down, Jake noticed a young woman kneeling by a headstone, crying uncontrollably. It pained him to see her that way so he approached to try and comfort her. They started talking, and she told Jake that she was there visiting her husband Joseph’s grave, who had been killed five years earlier. The woman left the cemetery comforted by Jake, not knowing he’d do so much more than that.

Months passed, and Raymond and Rachel went to Garden Park to visit Joseph’s grave. What they saw left them in awe and they couldn’t believe it at first. The grass on Joseph’s plot was greener than they’d ever seen it, while the graves around it were covered in dirt and dead grass. They had no idea how this could happen, and at first, they thought it was a miracle.

As Joseph’s parents stood there bewildered, an old man walked up to them. It was Jake. He told them how’d he’d met their daughter-in-law months before, and had decided after that encounter to water their son’s grave too. It was the least he could do, he said, after all Joseph sacrificed for his country. The Villasenors didn’t know it, but Jake had also lost someone in the armed forces.

One of Jakes’s nine children, Misha, was married to a US veteran. After successful deployments, Benjamin was diagnosed with cancer. Even though he went through chemo, it was not enough and sadly he passed away in 2011. Misha has now remarried and has two beautiful children, but she and her whole family remember Ben fondly. Especially Jake, who empathized with the Villasenors in a very special way.

Raymond and Rachel didn’t know how to thank Jake for his extraordinary gesture, so they just hugged him. “It was just incredible to know that a stranger would take that much time and care for our son who he didn’t even know,” remarked Rachel. What she didn’t know was that to Jake, he and Joseph weren’t strangers. How could that be?

Just Who He Is

Now when Jake goes to the cemetery every day, he has two people to talk to: Betty and Joseph, whom he affectionately calls “Joe”. Jake’s son, Roger, knows this is just part of his dad’s character. “The way dad treated mom and all of us — it’s not a surprise,” he said. Roger also contributed to making his dad’s gesture go viral.

Roger was so moved by his father’s kindness that he decided to post the story on Facebook. “Very thankful for this young Man’s service and very proud of my Dad and what he does to Honor him. Love you Dad!”, he wrote. Roger knows the importance of family all too well, as he recently had a scare involving one of his children.

Roger’s daughter, Shae, works at a jewelry store in Conroe, Texas. Last month, three armed men burst into the store in an attempted robbery. Luckily, Shae wasn’t working that day, and Roger didn’t hesitate to express his deep relief that his daughter was safe. So did Jake, who has a great relationship with his grandchildren. They in turn have a great example of a loving marriage in their grandparents, as the following photo demonstrates.

Another one of Jake’s daughters, Diane, posted an old picture on Facebook of her parents’ 6th wedding anniversary. “They are still married… Mom just lives in heaven.” It is clear to anyone who knows this family that what Jake and Betty had was true love.