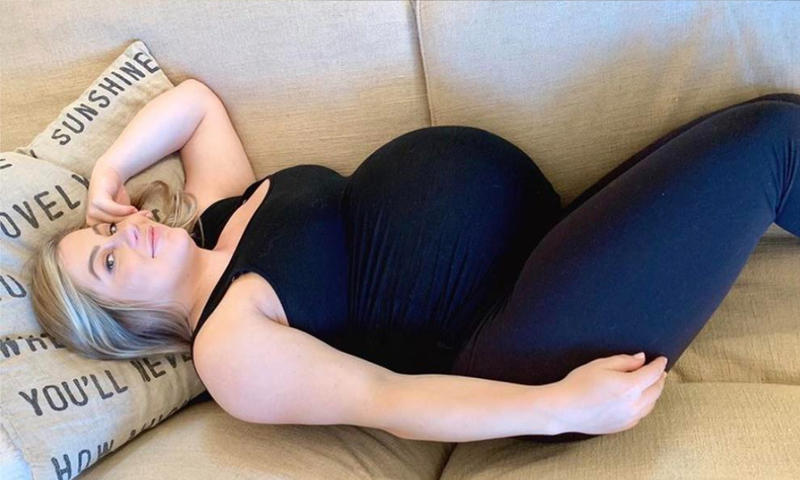 The Day It All Fell Apart

It was like a punch to the stomach that left him gasping for air. He had been waiting for nine months for this.

He had taken great care of her for the longest time and even got everything ready for the babies. But she hadn’t been entirely honest with him at that time. So when the doctor was the one to tell him, he felt like an idiot.

Paul Servat watched as all of his friends around him settled down and had kids. He was a little envious, he felt like his life was missing what they had.

He was in his thirties and felt like he wanted to fill the empty space he felt in his heart and in his home. He wasn’t getting any younger.

Searching For That Special Someone

Paul wasn’t the kind of guy that went bar hopping looking for ladies and everyone he already knew was married with kids.

He decided that he would look for that special someone in one of the only places that made sense – online. He made a profile on a dating site and soon a woman named Barbara Bienvenue grabbed his attention.

The two soon started chatting and decided to meet in Montreal after many pleasant conversations. When he finally met her, she was even more beautiful than he could have imagined.

The two quickly became parts of each other’s sides. And it even took a step further, but Paul was oblivious.

They Needed To Talk

The couple had only been together for two months when Paul got a call one day. It was Barbara and she needed to talk to him about something very serious. He never expected to get news like this.

Paul waited nervously as she arrived. He was worried that she would end things. but it was much bigger than that.

When Paul opened the door, he was slightly disarmed by Barbara’s wide smile. She told him the news and, after a brief moment of shock, he was grinning from ear to ear too.

It took a while to sink in before Paul realized the enormity of what had happened… Paul was going to be a father!

He told his friends and family the good news and they were over the moon! And even though everything happened in what seemed to be a blink of the eye, Paul was ecstatic.

It was as though life was handing him everything he had ever wanted on a silver platter. After years of being alone and aching to build a family of his own, it was all finally happening. He began to count down the days until he would become a father.

Barbara’s belly had begun to grow when Paul asked her to move into his house. He wanted to be able to watch her in case anything went wrong, but, most of all, he wanted to be close to her.

And while he was at work, his family members would take turns watching over Barbara too. Barbara suffered awful morning sickness, and while Paul knew this was normal, he couldn’t help but worry.

A few more weeks went by, then the couple began to notice that Barbara’s belly was growing to an enormous size.

Thinking that perhaps they had twins, Barbara went for a checkup to make sure that everything was normal. When Paul arrived home that day, she told him the news and he almost fainted. Barbara wasn’t carrying twins.

It turned out that Barbara was one of the lucky few who are blessed with not one, but five babies… they were having quintuplets!

Paul couldn’t believe his luck. All his dreams of having a big family were coming true. But having five children on the way also meant five times the worry for the dad-to-be…

Although Paul had a stable income that would be enough to support Barbara and their baby, he hadn’t even considered the possibility of five.

Luckily, he had a large group of friends and relatives who were more than happy to help. He began to prepare for the arrival of his quintuplets — never suspecting that the life he had built was about to be torn apart.

Paul and his coworkers set up a Facebook page to share his story and document Barbara’s pregnancy, humbly asking his professional and personal contacts to donate whatever they could.

It wasn’t long before he had gained the support of his neighbors. He took photographs of the gifts everyone sent, thanking them from the bottom of his heart. Paul grew more excited by the day. And now, the entire community was counting down with him.

Paul was completely devoted to Barbara, waiting on her hand and foot and ensuring that she was always safe and happy.

He had been patient when she went through a hormonal cycle of wild mood swings and never did or said anything to upset her. He decorated the babies’ nursery, collected the donations, and eagerly awaited the big day. But he wasn’t the only one who was happy.

Paul’s mother was ecstatic to finally have the grandchildren she had been longing for for so many years.

She stayed by Barbara’s side every day while Paul worked, making sure that she had everything she needed. Although Paul was experiencing the happiest period of his life, there were moments of solemnity between the couple, too.

One day, Barbara pulled out a notepad and told Paul that he could choose all their babies’ names as a token of her gratitude — after all, he had been the most loving and understanding partner she could have ever hoped for.

Paul was so grateful and taken aback that he couldn’t help but cry with joy. And, one month before Barbara’s due date, he had decided on all five names. And then, in Barbara’s 34th week, it happened.

Rushing To The Hospital

At 34 weeks, Barbara was experiencing intense stomach pains, then she told Paul that her water had broken.

Paul had read so many baby books that he knew a typical pregnancy should last around 37 weeks but, because Barbara was carrying multiple children, she was more likely to go into labor early. He grabbed her bags and rushed her to the hospital. The day he had been waiting for had finally arrived.

Paul and Barbara arrived at Sainte-Justine Hospital, and Barbara was rushed to the emergency room. Paul couldn’t wait to meet his children and the last thing he expected was to receive terrible news.

The doctor performed an ultrasound to make sure that everything was in order, but when he looked at the monitor he couldn’t believe his eyes. In all his years of being a doctor, he’d never experienced anything quite like this.

Paul’s blood ran cold when the nurse pulled him aside. He could see from her pained expression that something was terribly wrong.

“Just… are the babies okay?” he asked, panicking. But the nurse didn’t reply. No matter how gently she tried to break the news to Paul, she knew he was going to be devastated. She pulled out a piece of paper with Barbara’s blood test results.

Paul couldn’t believe what he was hearing. He heard the words, but he just couldn’t process them. There must have been some kind of mistake, surely? After everything they had been through… He’d even picked out names!

But the nurse just shook her head. She showed him the blood test results again. Barbara had never been pregnant. But how could this be?

Barbara had every symptom of pregnancy. She’d gained weight, had morning sickness, mood swings, and strange food cravings. Her body had even started lactating in preparation for the quintuplets’ arrival. And now, they were telling him that she had never been pregnant?

Paul’s vision began to darken around the edges and his ears started ringing. This should have been the best day of his life, now all he felt was Intense anger and disappointment.

The news hit Paul hard and left him reeling. He clutched his chest as he thought back on the last nine months. He’d doted on Barbara, spared no expense on keeping her happy.

He had been so excited to prepare for his babies that, he was now being told, had never even existed. She had lied to him.

Strangely, Paul had never accompanied Barbara to any of her doctor’s appointments, and he’d never been present for any of the ultrasounds. She had always insisted that she went alone. But, surely, she knew the truth would eventually come out?

The doctor told Paul that Barbara had either experienced a phantom pregnancy – also known as pseudocyesis – or she had lied about the entire thing.

He’d Been A Fool

Paul began to take stock of the situation and inwardly cringed. Underneath the heartache, he felt so embarrassed. All the well-meaning people in the community had donated so many gifts and so much cash to help out with the quintuplets.

Everyone had been so excited for them that they had even been featured on the news! He called his friend, in tears.

Paul had no idea how to move forward with his life now that everything had been taken away. He returned all the donations they had received and his friend updated the Facebook donation page with the terrible news.

But Paul couldn’t let go and move on. He just couldn’t understand how someone he loved could make such a fool out of him… then, the results from Barbara’s psychological evaluation came back.

Barbara stayed at the hospital and had a psychological evaluation. The doctors performed some tests and began to give her psychological care.

It was very clear that she was suffering from a mental condition that had caused her to think she was pregnant. She had wanted to be pregnant so badly that she had actually fooled her body into displaying all the symptoms. At least, that’s what the doctors said.