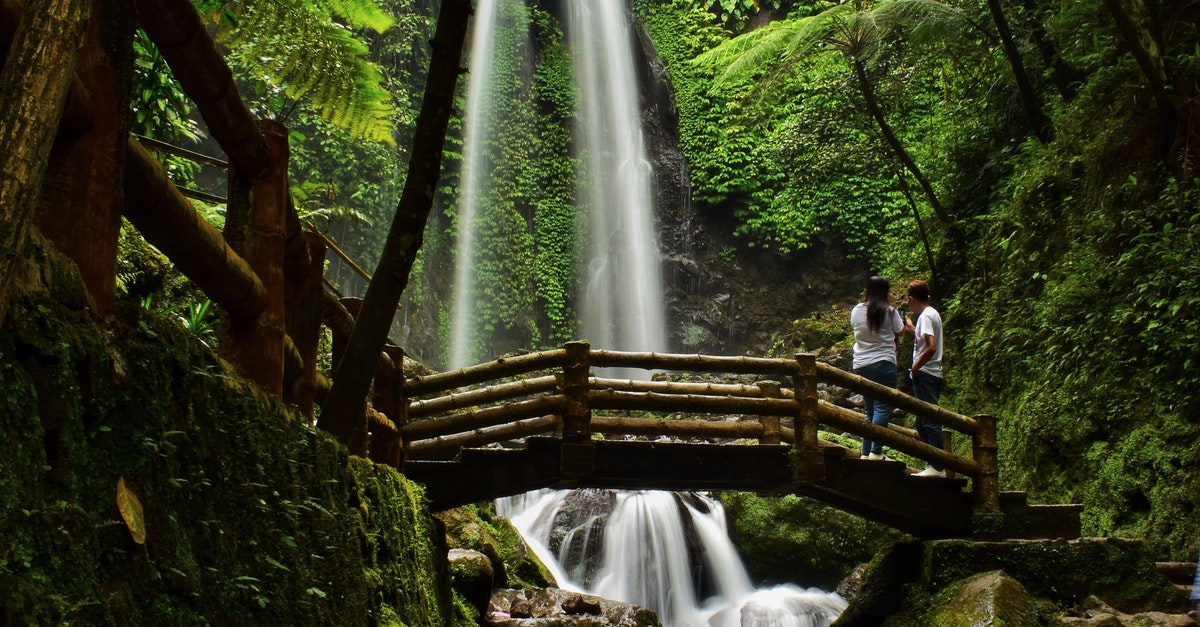 Her husband was busy driving when she had picked the perfect place to start their hike. He pulled over, and they hopped out, excited for the adventure awaiting them.

The crisp morning air and wet forest filled them with enthusiasm. Suddenly Macy paused at an old train track that they had stumbled upon. Looking back at him in awe as he came closer to inspect.

The married couple, Macy and Eddy Miller, moved to Carthage, New York, where they could start their life together. The only thing they wanted was for their new life together to be a happy one.

Originally from New York, they always dreamt about suburban life. Carthage had been perfect for the future they had envisioned. Or so they thought.

Their story begins at a DnD event in Manhatten where they met, both of them college students. With so much in common, they became quick friends.

They realized early on that they were meant for each other. Everyone anticipated a proposal soon enough. The couple had a love that you couldn’t deny.

They had a fantasy wedding, precisely the way they wanted it. The wedding theme had been their favorite game, Dungeons and Dragons. The bride had worn an elf-looking dress, and Eddy had been made up as tiefling royalty.

Macy and Eddy had found the perfect person they would want to spend their lives with. “It’s not every day you meet your soul mate, best friend, and dungeon master all rolled into one,” the groom boasted. He could not be happier and would do everything he could to show her and their children one day.

The couple had to adjust to life in Carthage, where there weren’t any Skyscrapers or busy streets but culdesacs and white picket fences. Life had been more peaceful, and they knew this would be the ideal place for them to raise their family.

There had been a wooded area on the far side of the neighborhood—the woods where everything about their new pleasant life would change.

It was early Spring when it happened. The young couple had their firstborn; a girl named Yennefer. Macy insisted that they get out of the house after being stuck inside all winter.

Eddy full-heartedly agreed; he had been working as a software engineer from home and barely saw the sun. They would be enjoying all the early signs of Spring. Well, that was the plan. They didn’t know that they would be racing to the ER later that same fateful day.

The drive was scenic, with their favorite songs playing in the background. While Macy was rocking the baby and Eddie behind the wheel, the whole family felt blissful.

Eddy had decided to take a detour through the woods. He wanted his newborn baby’s first time in nature to be memorable. Little did he know what would happen next.

Eddy told Macy to watch for a landmark that would start their adventure—slowing down to ensure that she could catch a glimpse of their surroundings.

They have always been in a world of their imagination. Eddie and Macy pretended to be mythical beings making their way through fantasy worlds. But what they found on this quest would bring them back to earth with a bang.

Macy had found the place where they would start. Eddy pulled over, not wasting time to start questing with his family. They felt giddy about the unknown.

Macy was leading the way, and Eddy had followed her with Yennifer in his arms. The woods were crisp with spring air. Macy came to a halt when she saw the train tracks. Waiting for Eddy, she held out her hand.

“Quiet,” Macy said, pointing to something. “You’ll spook it!” Her husband peered over to what she had been pointing at but couldn’t see anything. “What is it?” Eddy asked perplexed

“Looks like a puppy,” she tried to guess. She quickly tried to take some pics before it disappeared, but Eddie carefully moved away. His parental instincts had told him that this creature might be dangerous. His instincts proved to be correct.

A Shade Of Yellow

Eddy was about to ask Macy what she was looking at when out of the blue, a small creature jumped out of the wet thicket before his wife. It was a shade of yellow leaning toward white and tinier than many dogs Eddy had ever seen.

“I think it’s a puppy,” Macy said excitedly. She reached forward to get better photos when the creature turned to her, hissing before giving a cold snarl. And that’s when Eddy realized what it was.

“Macy,” he bit out with as much control as he could muster. Spooking the creature was the last thing he wanted, especially with his wife and daughter in the vicinity.

“That’s not a puppy, Macy,” Eddy grated, trying to reach for his wife’s coat. He meant to call her again, to explain what they were dealing with, when the creature’s fur suddenly shot erect. They were in trouble.

Why Do I Hear Boss Music?

Macy went on her knees to pet the creature, but Eddy pulled her away before she could. “That’s a porcupine.” The creature’s quills shot straight as if to punctuate his sentence, and Macy turned around with terror.

She meant to run away, but her foot caught the rail, sending her tumbling. Eddy hurried to her, ensuring he’d tucked little Yennefer into his chest so the porcupine wouldn’t harm her when it shot its quills. But he was too late.

Eddy reached out for Macy, praying the fall didn’t harm her. But one of her hands was scrapped open by the rusty rail. Blood flowed freely, dirtying Macy’s sleeve. “You’re bleeding,” Eddy said, hurrying his family out of the woods.

By then, the porcupine had disappeared into the bush. Eddy would take his wife to the emergency room to check her wound. But even though the danger had passed, he’d still looked into what manner of porcupine they’d run into.

YouTube/The Cincinnati Zat Eddy, Macy, and their daughter Yennefer encounteras an albino porcupine. Macy posted the photos of the little fella on Facebook, detailing their chance meeting with the magnificent animal.

“We thought it was a puppy!” she wrote excitedly under the pictures. “Turns out it was an albino porcupine! I’ve never seen one before. So cool!”