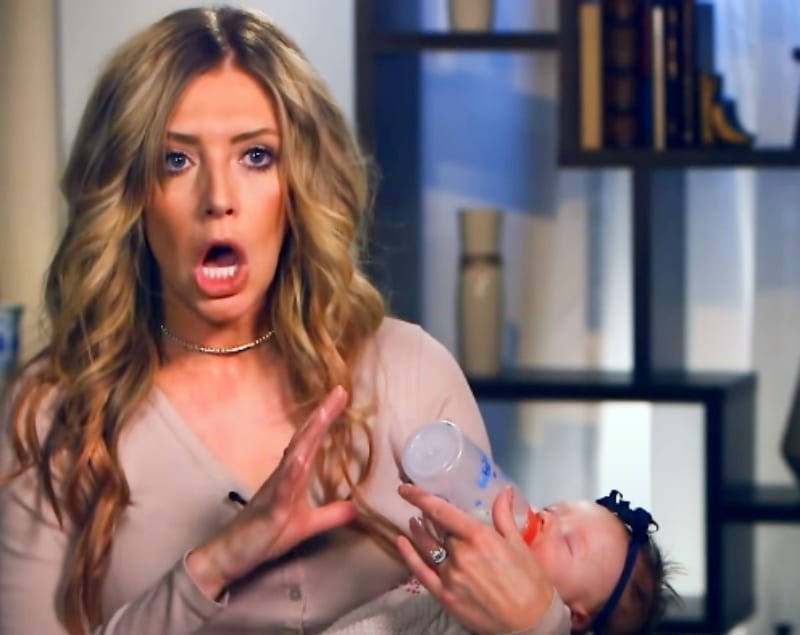 She felt completely powerless and desperate. When the doorbell rang in the early hours of the morning, the vulnerable mother hesitated as she stood behind the door in her nightwear before gingerly opening it a crack.

The police officer was back. She’d already turned him away once. But, this time, he was adamant that she take him up on his late-night offer.

Shannon and Dallin Bird lived an idyllic lifestyle in Highland, Utah. Dallin often took long business trips, but Shannon worked from home as a social media influencer. And as a five-time mother, she rarely had issues with running the household by herself.

But this time, she was completely exposed, and with no one to help her protect her family.

One evening, Dillin was called away to a meeting in Las Vegas. Everything at the house went just like any other night. Shannon had put the children to sleep, including newborn London, and was getting ready for bed herself.

But at around midnight, Shannon jumped when she heard the baby screaming in the other room. She rushed into the nursery to see what the matter was.

Young babies demand to be fed at all hours of the night, but on this fateful night, the little one was especially anxious for milk.

Shannon had been in this situation hundreds of times before, so she settled in to breastfeed London. But as the baby continued to scream, the suddenly panicked mother realized something was very wrong.

For the first time as a mother, Shannon was completely dry and couldn’t feed the starving baby. As the baby screamed louder, the frantic mother fumbled through the cupboards in the kitchen looking for a can of formula. But there was nothing there and no one to help. On top of that, with her older son in crutches after an accident, she couldn’t leave the house.

Shannon’s anxiety was through the roof. She picked up the phone and dialed.

First, she called the neighbors. Then her mom. But they were all sound sleepers and nobody answered. Shannon was all alone.

At 2 AM, Shannon was tearing her hair out. It seemed drastic, but there really was no other option. She called 911 and spoke to the Lone Peak Police Department. But she had no idea how the officer en route was about to treat her.

While the dispatcher had never heard of a 911 call like this before, there was one officer who was keen to go out to the vulnerable woman.

Officer Brett Wagstaff stopped off at the supermarket to pick up some milk for the social media star and strode up to the door. Shannon opened the door a crack, with tears streaming down her face.

Shannon was in an impossible situation. She’d called 911 out of desperation, but now she was standing there in her nightwear in the dead of night with a strange man at the door.

The dispatch woman on the phone was very understanding. She was alone and scared and needed someone to talk to. But she hadn’t expected a man to suddenly appear on her doorstep. Shannon quickly took the milk – it wouldn’t have been suitable for the baby anyway – and sent the midnight caller away.

What Had She Done?

Shannon was already losing her mind stressing about how she was going to feed her baby – and now she’d made the situation 10 times worse by inviting a strange man to the house when her husband was away.

How did here get here with the milk so fast? Did he know her from social media? But before she knew it, she heard another soft knock on the door. The cop was back.

The cop had returned with the correct baby formula for the crying child. A father himself, he was sympathetic to Shannon’s plight and after realizing how young the child was, went back out to get her what she needed.

“That’s the same stuff we gave my daughter when she was first born, so hopefully it doesn’t upset her stomach.” Taken by surprise, Shannon was keen to make it up to him.

Shannon insisted the police officer take some money to repay him for the life-saving formula and his efforts, but he refused – even though he’d paid for it out of his own pocket.

A spokesman for the Lone Peak Police Department wasn’t surprised by the officer’s actions. “It’s always been about protect and serve,” he said. “This is part of the serve.” But not everyone agrees with the police.

After the Lone Peak Police Department shared the heartwarming story on their Facebook page, one disgruntled resident felt this was an abuse of the emergency services.

“I’m a single mom of four kids and I cannot tell you how many times I’ve had to get all of my kids in my car to get something important for just one kid. She obviously wasn’t that desperate or she would have done what she had to do. Period.” Was Shannon right to call 911 for this?