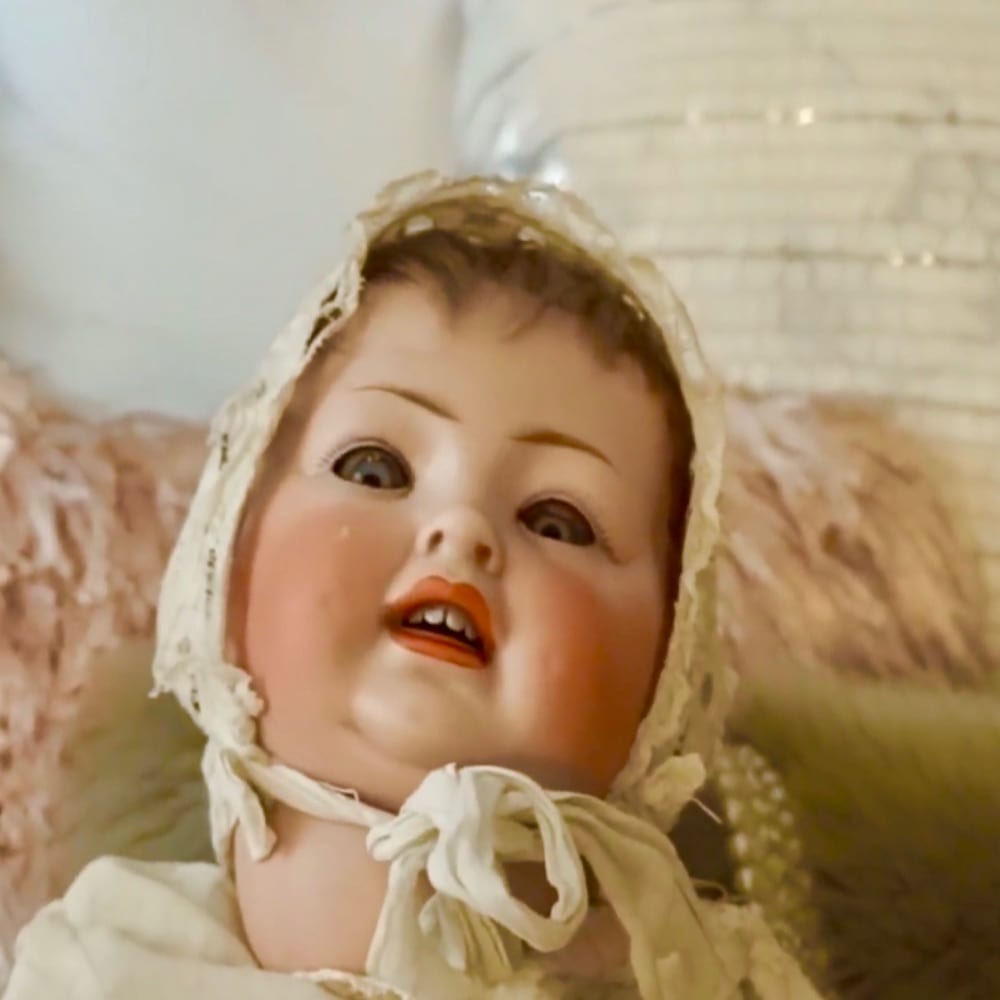 Elizabeth Faidley just wanted to give her daughter Kayla the best Christmas ever. She knew Kayla loved dolls and collected porcelain dolls from around the world. This one, however, had an eerie feeling emanating off it. It just felt off.

How was she to know that the doll had been cursed by forces far beyond her control?

“Oh my God mom, this is the coolest doll I’ve gotten yet, how did you know?” shrieked Kayla as she opened her Christmas present. “Oh, a mother knows darling” smiled Elizabeth as she watched her daughter dance around the living room with the doll.

She would soon find out that she didn’t know nearly as much as she thought as the doll started to behave strangely.

A Mind Of Its Own

Elizabeth went to bed that night delighted with herself. She had made her daughter’s Christmas. Give that woman the parenting award! Then it crawled up behind her.

Elizabeth let out a blood curdling scream and she nearly hit the ceiling in terror. “Mom its’s just me!” laughed Kayla popping out from behind the corner. Elizabeth felt her pulse slow. It was just a joke. Then it happened for real.

Kayla was home alone one day when she started hearing the noises. The first time it happened when she was playing video games in the living room, completely zoned out. She heard a loud thud coming from the hallway. Where her doll Stacy was.

She stood up in fear. She thought it was just her here. She was about to find out she was very wrong.

Kayla was really scared at this point. “Hello?” she called out. No one answered. Then she heard another thud coming from the hallway. That was it. She had to find out what it was. She opened the door a crack to peer through when she saw it. A changeling. Stacy wasn’t on her regular stand and in her place was another weird looking doll lying in the blanket box in the hall.

The blanket box had been closed when she had walked past not an hour before. Kayla was terrified. The doll stared her down and Kayla knew that getting her been a bad idea. She hadn’t even found the pale white substance inside her yet.

Kayla was horrified. What was that and where was Stacy? Was the changeling doll evil? She started to have a panic attack and caught herself just in time to call her mother.

The Girl Who Cried Wolf

“Kayla, are you for real? I had a really important meeting today and you call me home for this? She looks exactly the same! You need to grow up and stop letting your imagination run away with itself! You’ve fooled me once with this doll, I’m not falling for it again!” said Elizabeth angrily.

Somehow Stacy had returned to her spot, exactly as she was before and the changeling has mysteriously vanished. That night Elizabeth was proven wrong and saw for herself the true evil of Stacy.

Elizabeth was in her bathroom alone that night washing her face when she heard a low hissing noise behind her. It was Kayla pretending again. She didn’t even look. Then she saw it in the corner of her eye.

It was Stacy levitating in front of her. There was no Kayla. She shrieked like a banshee and the doll dropped to the ground immediately. She knew then she should have never doubted her daughter’s intuition, especially when they found the horrible white stuff inside of her.

Elizabeth who had a bad heart was borderline having a heart attack at this point. Kayla who heard her mom scream ran in immediately. “YOU SAW HER DO IT, I WASN’T LYING MOM!” cried Kayla.

“I know darling, I’m so sorry I doubted you. I need to bring her back to where I got her sweetheart. This needs to end before my heart stops!” wailed Elizabeth. That afternoon they buckled Stacy into the car so she didn’t terrify Elizabeth while driving and went to the source of their terror.

Elizabeth and Kayla returned to the weird little doll shop that Elizabeth had purchased her in. They approached the counter and told the woman behind the counter what Stacy was doing.

“Ahhh you’re the third person this week in about that. Damn Columbians” said the shop worker. “What do you mean?” said Elizabeth who was confused. “Our dolls come from a Columbian doll company that we’re pretty sure are actually voodoo doll makers. We really need to change suppliers” sighed the woman. “Speaking of Columbians, I bet you they tried the old trick” she said pulling the dolls head off. From out of the doll’s hollow body she pulled out a massive bag of white powder. Cocaine!

Her Child Had Been Exposed To This

Elizabeth was speechless. She couldn’t believe she had exposed her child to this whole ordeal and the drugs had just been the worst icing on top of the cake. She was the worst mother ever. She should hand in her self appointed award she gave herself before.

“Madam? Are you OK?” asked the shop assistant. “I think there’s a way we can resolve this”.

“Tell you what madam, I’ll give you your money back for that awful doll and I’ll get rid of the remains” said the shop worker. “Especially the drugs. I’ll definitely take care of those” she said earnestly.

Elizabeth smiled and thanked her as she handed her twenty dollars back. She put her arm around Kayla and left the store. Their ordeal was finally over.