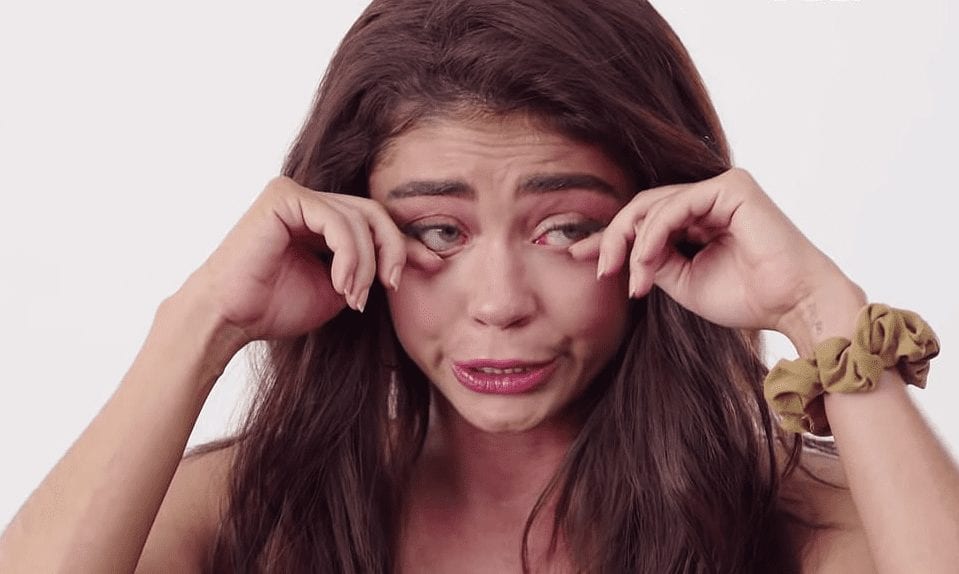 Modern Family has been entertaining audiences since it first graced screens back in 2009. Since then the cast has become part of our own family as week after week we follow the family’s adventures and misadventures.

However, the unexpected death of a beloved character caused many people to wonder if the show will continue beyond season 11’s finale. And nobody was more surprised than Sarah Hyland.

Having started its run back in September 2009, Modern Family chronicled a trio of families with a documentary-style of filming. Over the course of 11 seasons, the individual families went through a myriad of comedic adventures but never lost their trust and love for one another.

It’s a premise that made Modern Family a revelation when it first started airing, but had its creators gone too far?

“I will probably miss the people the most, from Modern,” Sarah Hyland said in an interview when asked what she will miss the most about the show. “Our crew is amazing and, of course, I love our cast, they are very special people.”

Modern Family season 11 has been full of big developments, with Mitchell and Cam having committed to adopting a new baby as well as moving into a new house. Hayley is adjusting to motherhood, and Claire and Phil are grappling with being grandparents. Modern Family and its character dynamics are wholly different compared to season 1.

The most jarring plot twist was a sudden loss in episode 11, titled “Legacy.”

Not The First Time

But this isn’t the first time a character has died unexpectedly on Modern Family. Back in October 2018, Jay (Ed O’Neill), Claire (Julie Bowen) and Mitchell (Jesse Tyler Ferguson) learned that Jay’s ex-wife — and Mitchell and Claire’s mother — DeDe (Shelley Long), had passed away.

Steven Levitan defended the decision at the time, despite the outcry from fans.

No Character Is Safe

“No one is safe!” Christopher Lloyd said in an interview. “I actually must say the idea of, “We killed another one off” — no one is looking to grab ratings or anything. In fact, we obviously didn’t even promote it that way. It was meant to be a surprise and I credit the network for not having billed it that way.”

And the next death came as an even bigger surprise… not just to fans, but also to Sarah Hyland.

Steven Levitan said: “It occurred to us that death is a giant part of the family experience, and while Phil had lost his mother in a previous episode, we’ve never seen the entire family have to deal with such a loss,” he told The Hollywood Reporter, “It seemed like an interesting thing to have happen.”

Is It Really Over?

The Modern Family producers have made it apparent that they always saw the show having a finite life. In fact, their commitment to this idea meant that initial plans for the Modern Family’s ending saw it wrapping up a whole season earlier. Back in January 2018, Modern Family creators Steve Levitan and Christopher Lloyd told THR that they planned to end the series with season 10.

But will season 11 really be Modern Family’s last?

She Never Saw It Coming

After running for 11 seasons, Modern Family was gradually drawing to a close. However, due to recent events, it did so without one of its most beloved characters. This was a shock to longtime fans of the show.

It’s no secret that Sarah Hyland was unhappy with her character’s treatment as the show began to wrap up, but she never saw this coming.

Sara Hyland has famously played Haley Dunphy on the popular sitcom since day one. Her character was known for dropping out of college, and while she doesn’t get the best grades, she excels with fashion, where her passion truly lies.

But fans noticed something strange about Hailey’s story arc in the show’s 11th season.

It was back in January when Modern Family fans began to notice that Sarah’s character, Haley Dunphy, had barely appeared onscreen.

In fact, Haley was entirely absent for 10 out of the final season’s 18 episodes. People immediately took to social media and began to speculate about the character’s conspicuous absence.

At first, fans were concerned that Sarah’s offscreen health could have been the reason for her absence, causing her to take some time off from the show.

However, when a fan asked Sarah on Twitter about her character’s lack of airtime, she seemed just as clueless as everybody else. It was only later that she decided to speak out.

In a brand-new and candid interview with Cosmopolitan, Sarah spoke about her character’s sudden lack of airtime in the final season, stating that the new development had come as both a “surprise” and a “disappointment”.

But there was another big twist in the 11th season of Modern Family’s plot that caught the actress completely off guard.

In the revealing interview, Sarah opened up about her character, Hailey.

She then went on to say that she doesn’t believe Haley got the ending she deserved, adding that she’d hoped to see the character evolve into a “hardcore” working mom rather than just struggling with two newborns. She wanted Hailey to be “in the fashion world.”

“There are so many amazing mothers who are also hard workers and excel in their jobs and kill it every day in both aspects,” Sarah said.

“That would have been a really cool thing to see — especially from Haley,” she said. “…becoming a stylist or brand mogul or anything like that.” But Sarah was in for another surprise that would leave her and fans angry and heartbroken.

She Is Still Processing It

“I haven’t really felt the sadness yet. The thing as an actor is it’s like, ‘Will I have a job tomorrow? With Modern Family ending it’s like, ‘Oh great. I’m never going to work again. I’m going to have to sell everything and live out of a shoebox.”

And, just a day later, Sarah hopped on Instagram to voice her confusion and surprise over an episode. In a video, she angrily dropped a huge spoiler on fans worldwide — without warning them.

It turned out that Sarah, puzzlingly, had only found out about one character’s death at the same time as the viewers.

The episode that aired on the 15th of January this year didn’t seem to be any different than normal. Fred Willard reprised his guest role as Frank Dunphy, Phil’s father, and grandfather to Haley. But near the end of the episode, a huge twist unfolded.

During the course of the episode, it was revealed that Frank Dunphy had passed away.

“It was a tough decision because you don’t ever want to let go of a character that you love,” Steven Levitan, the co-creator, said in an interview.

“And I’ve always loved that character. However, we are in the final season, we’re looking to find more meaningful topics to deal with. And even more important than that, it gave us a chance to really take a look at how Phil came to be Phil.”

During the heartbreaking episode, Phil and Frank had a moving scene which ended with Phil stating that he never imagined that one of the best days he’d ever spent with his dad would be his last. After that, the show cut to a funeral scene with everyone there.

There was one glaring omission, however.

During the funeral scene, the whole family is gathered as you would expect. However, there is one member of the family that was notably absent. That was none other than Frank’s granddaughter, Haley. For some strange reason, she was not present at such an important moment.

So, why had she been written out of the scene?

Sarah Hyland just as shocked as the rest of the audience. After watching the episode, she revealed that she hadn’t been prepared at all for the character’s death and that nobody had filled her in. So, how is it that such an important character was not part of something so big?

Sarah revealed all during an interview.

According to Sarah: “So I don’t read scripts of the episodes of Modern Family that I’m not in, so I just found out that my grandpa’s dead along with all of you. I still feel special.”

Due to the fact that Haley wasn’t in the episode, Sarah didn’t read the script. Simple.

Due to the fact that she only reads the scripts of episodes she is in, Sarah had no idea that the scene was happening.

This is why she was as shocked and revealed a spoiler on her social media when she discovered that she had been left out of something so pivotal in the series.

Haley’s absence in the scene is strange and incredibly difficult to explain away. While it can be reasoned that she was simply off-screen, it still doesn’t make sense. Haley is the mother of twins and it is her grandfather who passed away.

Weirdest of all, the memorial happened right in the Dunphy ‘s living room.

The show has yet to give an explanation for her absence to the audience or to Hyland herself. However, it isn’t the first time that Hyland has posted spoilers online.

Her response stated: “Oh yeah, I guess I should have put a spoiler alert for Grandpa Frank dying, but I was just caught off-guard. As his granddaughter, you’d think I’d be invited to the funeral.”

After the episode aired, fans took to Twitter to express their sadness over losing such an important and beloved character: “That scene was definitely the saddest modern family scene, and the saddest death of this show. Goodbye, Frank Dunphy,” one heartbroken fan wrote.

But many still question why Sarah Hyland was excluded from Frank’s touching sendoff.

“It hasn’t been super melancholy,” Ty Burrell, who plays Phil Dunphy, said. “I think, maybe because it feels right, you know? If that makes sense? I think, we, especially as actors, we often don’t get to control our endings. We’re either fired or canceled.”

He continued: “So to have the opportunity to actually end it on our terms, we decided, you know, we all with the writers decided that this was the year to end it. And in that way, I think it’s actually felt kind of nice.

Haley’s absence has caused many questions in the minds of fans. What could possibly be the reason they chose not to involve her in such a scene. It remains to be seen if the show will explain it. It might also become one of those unanswered questions and plot holes left in some series.

We’ll just have to wait and see.