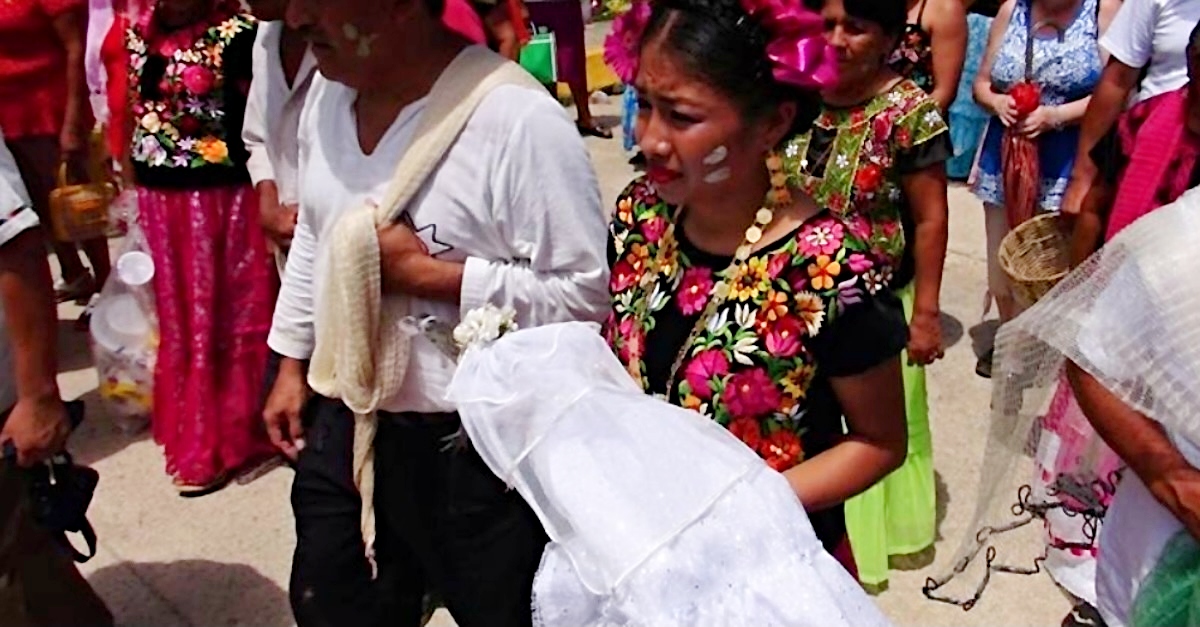 The air was filled with good cheer as the retinue moved through the town. Music played, people danced and frolicked, and a sea of colors was draped all over town. The mayor had shown himself as one of their own in an undeniable way.

To outsiders, the very idea of what he was about to do was weird and taboo. To the townsfolk, it was welcomed and celebrated, a means of securing their prosperity and a future for the city.

Mexico is a nation that has experienced many sweeping economic changes and financial growth over the years. However, for residents of San Pedro Huamelula, life hasn’t changed all that much over the years.

The city has a rich history, diverse cultural roots, and clings to many ancient traditions. Amid this melting pot of belief systems, a strong catholic influence is still also present. This does not mean that life is always rosy here.

The region has a population of under 10000 and remains underdeveloped in many aspects.  Unemployment is rife, and this comes with a host of other economic hardships.

The natives come from a diverse mix of cultural backgrounds, but poverty is a shared trait among them. More than half people living there live in extreme poverty, so it was clear that change was needed.

The incumbent Mayor, Victor Hugo Sosa, took office with the usual promises to turn things around and bring change to his community. Residents had heard these kinds of vows before, so could be forgiven for being skeptical.

They knew, with so many challenges, it was no easy task. Mayor Sosa began working, and, aside from his ordinary mayoral tasks, decided to try something radical.

Mayor Sosa soon enamored himself with his constituents when he announced that he would be performing an ancient ritual to bring prosperity to the city. It was seen as a practical means of proving that he was as much a part of the place as they were.

He held the same beliefs and was prepared to prove it in a stark way, at least to outsiders. The ritual was well-known in the region, but outside of it was considered strange and even weird.  Why, because it required the use of a live alligator.

To the people of San Pedro Huamelula, alligators were believed to represent a divine link between humans and the natural world.  This meant that they could act as gatekeepers of abundance.

The entire town was invited to witness the ritual, and preparations began amid a festival of color and vibrancy. To Westerners, it was shocking and strange that a sitting mayor would even contemplate taking part in such a ritual.

Word soon spread, and news of the mayor’s intentions caught the attention of journalists. The town was draped in a myriad of colorful decor, and preparations began in earnest.

It was a beautiful spectacle and attracted all of the town’s people. An alligator was sourced and draped in all the finery required for the ceremony. The tradition aside, using a live alligator was still a dangerous endeavor, so safety was a concern.

The alligator was a juvenile but still capable of causing a lot of damage if it managed to bite someone. The mayor arrived and was as happy and cheerful as anyone there.

The excitement began to build around the town as time grew close, and many more people showed up as guests. People silently wondered if Mayor Sosa was really prepared to go through with the ritual or would back out?

The alligator may have been small, but safety still had to be considered. Its mouth was tied up, and this ensured that it wasn’t able to take a snap at anyone that got too close.

The day arrived, and the mayor was dressed for the occasion. He had to look his best as he was required to be the center of attention with the alligator and was required to get as close to it as possible.

After all the planning and lavish preparation, the time had finally come. Excitement among the residents was at a fever pitch, and their collective anticipation grew.

The mayor had kept his promise and duly took part in all the usual customs. The ceremony began, and everyone watched with glee as it unfolded.  By this point, many outsiders may have wondered, what exactly was the whole ritual about?

Believe it or not, the ritual was actually a wedding. Not just any wedding, this ceremony was held to form a union between man and nature.

Incredibly, the ritual was effectively a wedding ceremony between the Mayor and the alligator. This wasn’t all. To complete the ritual, the mayor would need to perform one more strange task.

Despite its rare traditional routes, the alligator wedding ceremony now featured customs of catholicism too. To complete the “wedding”, the Mayor was, therefore, required to kiss his bride.

Among all the fanfare, when the joyous moment came, Mayor Sosa sent the crowds into rapture when he duly obliged. Not just once, Sosa showed his commitment by kissing his alligator bride multiple times.

Given the strong beliefs and customs of his constituents, Mayor Sosa actually performed an essential duty by following through with the wedding. Seen as a bridge between people and nature, the union with the alligator was a symbolic kind of prayer.

By completing it, the Mayor appealed to the deities of nature to provide his people bountiful sustenance, prosperity, and economic growth.

By planting a kiss on the alligator’s snout, Mayor Sosa took part in an ancient custom dating back to the region’s pre-Hispanic times.

His appeal was simple, “We ask nature for enough rain, for enough food, that we have fish in the river.” While many outsiders may find the ritual odd, others have praised Sosa for it.

Only time will tell if Mayor Sosa’s actions prove fruitful. Regardless, he has endeared himself to his town’s people by simply being open to doing it.

With so much shameless politicking worldwide, many see his actions as a breath of fresh air. By showing his humility and willingness to engage with his people in such a unique way, Mayor Sosa has proven to be one of the most dedicated Mayors around.