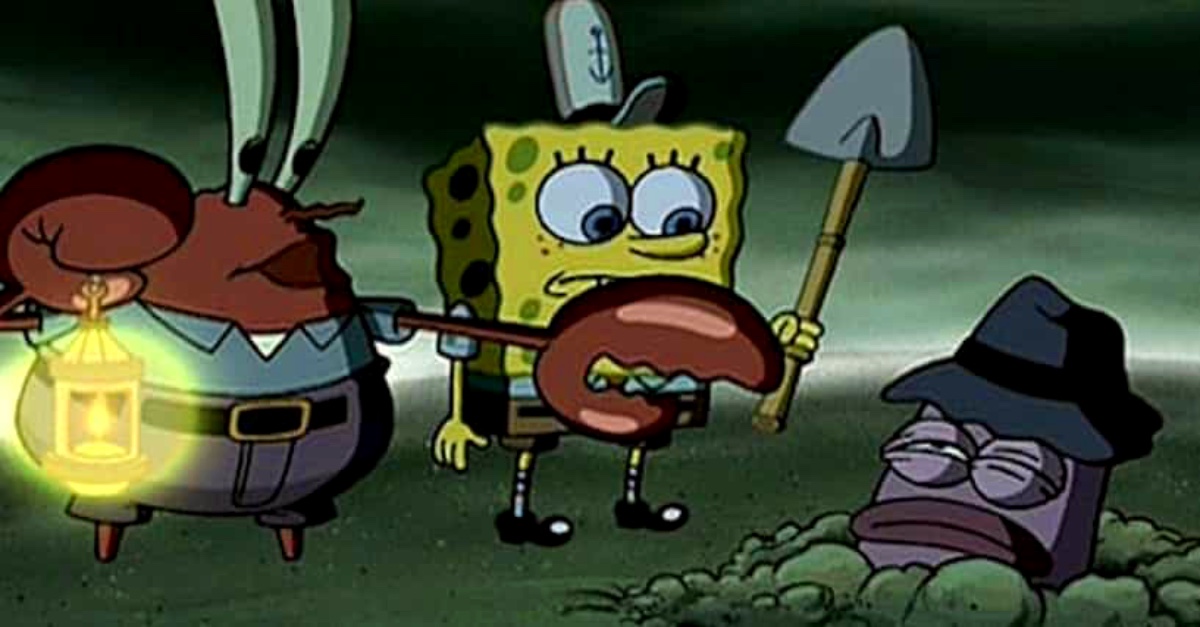 How many kids’ shows have you gone back and rewatched once you were a bit older? There are a few moments in a lot of “innocent” shows that actually had very questionable plot points.

Here are some of the most outrageous scenes or plot points in otherwise harmless children’s shows. Number seven is unforgettable.

Powerpuff Girls never was the safest of kids shows and nearly crossed the line a few times throughout its runtime. But this one has to be the worst out there.

In this episode, Buttercup gets into a relationship with the Gangreen Gang leader. We don’t know his age but we’re pretty sure he’s a bit too old for her.

Everyone knows Thomas The Tank Engine. He’s from the lovable cartoon of the same name. But who knew that some episodes could be darker than others.

In this episode, poor Thomas is bricked into a small tunnel with no track with only a small hole to look through. Apparently, he deserved what he got. At least according to the narrator.

Hey Arnold! Is a charming show that follows the protagonist Arnold while he gets up to hijinks in his neighborhood. The show also has his “love interest” Helga. But the catch is Arnold doesn’t know she’s in love with him.

The origin story has Arnold show her kindness as a preschooler. He was the first person ever to show her kindness. She came from an alcoholic family and had to walk to school in the rain. Arnold offered his umbrella to her.

Mark The Bulldog is a lesser-known Looney Tunes character but still an essential part of the cast. There’s one episode that takes a darker turn.

Mark is led to believe that a kitten in his care has baked into a cookie. To make things even worse you can see the clear expression of shock and concern on his face.

Coraline runs a fine line between content suitable for kids and more mature themes. The entire movie is a little dark, to say the least.

When Coraline meets her “other mother” she offers her all of the things her real parents starve her of. The catch is that she has to let her sew buttons into her eyes. If that’s not dark then what is?.

Neverending Story has become a cult kids’ movie that parents still show to their kids today. The story follows young Bastian getting lost in a storybook and finding himself in the world of Fantasia.

But an unsettling moment in an otherwise beautiful movie is when Bastian’s horse Artax gets stuck in the mud of the Swamp of Sadness and ends up being consumed by it. It’s a heart-wrenching scene.

Everyone loves Scooby-doo. It’s been a Hanna-Barbera stable for decades and doesn’t seem to be slowing down anytime soon. But there was one episode where there wasn’t the usual twist at the end.

In one episode the gang is chased by a mummy. Their unsettling footsteps in the sand could scare any child. But there was no mask reveal at the end that normally showed kids there was nothing to be afraid of.

The Wizard Of Oz

The Wizard of Oz has to be the oldest movie on this list. It’s a whimsical movie that anyone would instantly recognize. The show could captivate any child’s heart. But one scene felt a little darker than the rest.

When they melt the Wicked Witch Of The West with water she lets out a scream while melting. That’s enough to give anyone nightmares.

Studio Ghibli’s animated masterpiece “Spirited Away” has a lot of themes that may be questionable to show young children. But the show is definitely targeted towards young teens. But one unsettling plot point is Chihiro’s parents.

Her parents are turned into pigs and will ultimately be slaughtered and eaten if she can’t save them in time. How’s that for unsettling?

Coneheads is a comedy that both the kids and the parents can enjoy. With funny and ironic moments with an alien family trying to blend in.

The messed up thing about the movie was when the father goes to the dentist’s office and he shows the inside of his mouth. We get to see three rows of razor sharp teeth. No thanks!

Remember the original Jumanji with one of our favorite actors Robin Williams? The movie started it all and was both hilarious and fun to boot.

But there’s one scene where a giant plant monster shoots a big needle into someone’s neck. We only realized how bad it actually was when we rewatched it years later.

Watership Down is a wonderfully animated movie back when everything was hand-drawn. But there was one ominous scene that seemed a little out of place.

There’s a scene with a dark tunnel and a rabbit looking down it. All we hear is the “thump” of a heartbeat getting louder and louder. Certainly distressing, to say the least.

Goonies is a great kids movie that follows three kids seeking treasure. They get into trouble and are chased by people that also want the treasure.

But the scariest thing about this film is when they reveal Sloth locked up all alone. His face is definitely messed up enough to fuel any kid’s nightmares.

Matilda is yet another amazing movie that came out in the 90s. It follows a young girl who’s exceptionally bright but overlooked by her parents. The same can be said for the headmistress of her school.

There’s a scene in the movie when Matilda and her teacher, Ms. Honey, are hiding from the headmistress in her house. Hearing her footsteps as they hide really does feel like something out of a horror movie.