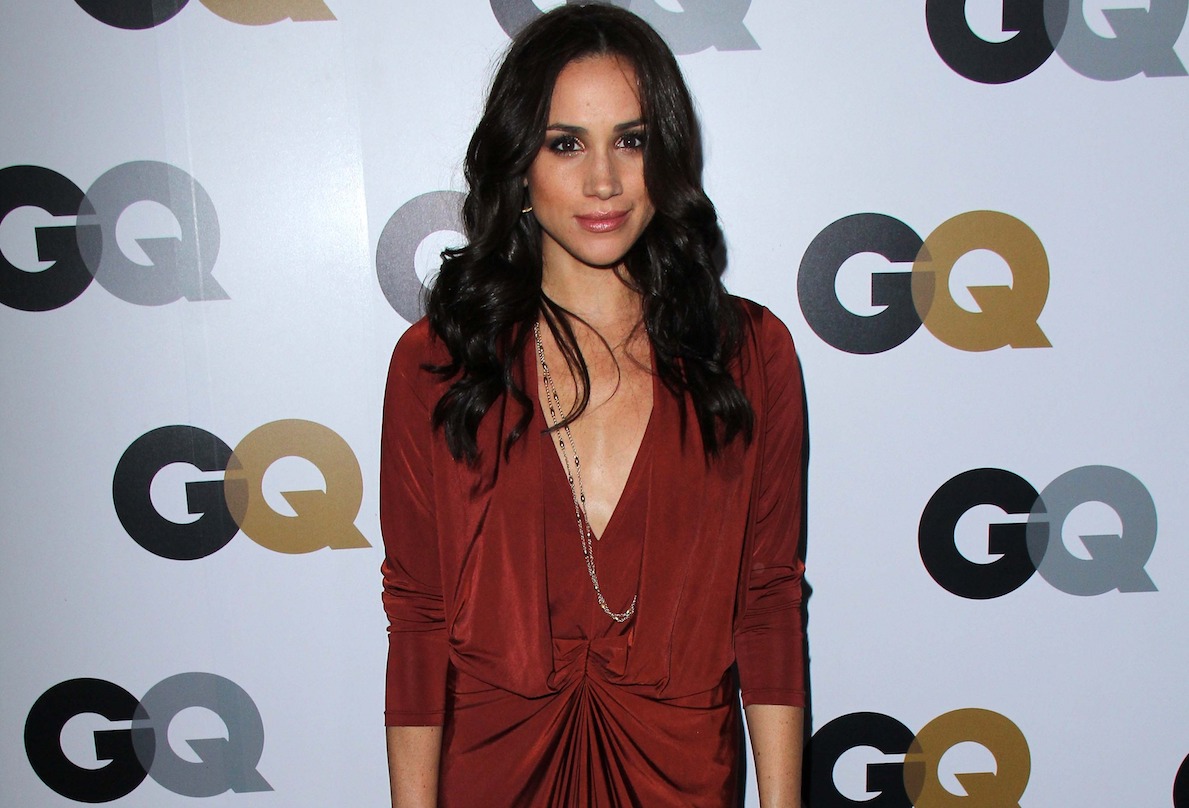 There’s a royal wedding in the works and we can hardly wait. Come May 19th, the American TV-star, Meghan Markle, will become the United Kingdom’s newest princess — promising excitement for everyone involved. Not only will the royal family gain a new addition, but the fashion and beauty worlds are thrilled to welcome a brand-new icon to the ranks. As our girl Meghan delves into her new royal responsibilities, you can bet we’ll be cheering her on every step of the way.

From the moment Prince Harry and the actress went public, the rumor mill began a’buzzing. The prospect of an American-born princess was just too exciting to pass up. Then, our dreams (and theirs) came true when Prince Harry popped the question in November 2017. Just like that, the beauty best known for her role on Suits became one of the world’s most prominent public figures.

Having already established a high profile career of her own, the star seems perfectly suited to step into royal duties — from her refined taste and classy style, to her seasoned ability to shine in the spotlight. We’ve got an eye for spotting kismet at work — and if we’re reading the signs, this union was quite possibly meant-to-be. Keep reading to find out the top 5 moments we knew Meghan Markle was meant to be royal all along. Plus, you can still spot these photos from Meghan’s Instagram account before it got deleted in the name of royal duty.

5.) Her exclusive esthetician was already based out of London.

Having exquisite taste is an important part of joining high society — and Meghan Markle’s sophisticated beauty regimen definitely fits the bill. Her esthetician of choice is the London-based celebrity skincare specialist, Nichola Joss. Not to mention, her choice of esthetician proves she has exclusive taste.

First of all, yes, her facialist-of-choice was already London-based — and we’re definitely counting that as a sign. But that’s not it: Beauty-insiders know that Joss performs the Bespoke Sculpting Inner Facial, one of the most unconventional types of facials in the industry. The philosophy behind Markle’s preferred facial method uses massage to stimulate and strengthen the muscles of the face (rather than paralyzing them with injectables like Botox). Joss even teaches her clients facial exercises to keep their mugs taut and beautiful. One of Orange County’s top dermatologists, Dr. Michelle Hure of OC Skin Lab, commented on this lesser-known technique, agreeing that it’s totally legit: “[F]acial massage is an integral part of skin health and anti-aging.”

To sum it all up, Meghan’s patronage of the in-demand beauty guru — whose elite client list also includes J. Lo — proves that she’s got the classy taste of a princess-to-be.

4.) She’s already a Street-Style Queen with the stylist-BFF every princess needs.

As a high profile celeb, the actress is already well-groomed (pun intended) for her royal life-to-be. Being a public figure for years means that she’s already learned the ropes of giving statements, dodging paparazzi and balancing a public vs. private persona. Oh — she also looks the part thanks to employing an amazing stylist (whose also her BFF) named Jessica Mulroney to keep her photo-ready at all times.

Among Jessica’s most celebrated fashion picks to-date? Let’s just say the flawless look she chose for the couple’s engagement shoot was the world’s most publicized. We found out from InStyle that the white line overcoat and P.A.R.O.S.H. dress that Meghan donned for the photo sesh were both hand-picked by her stylish bestie.

Miss Markle’s experience with being a public figure — and the glam squad publicity entails — will obviously afford her a more seamless transition into living that royal life. (Has anyone else heard that they wear four outfits per day?!) As for some visual proof, Meghan’s street-style savviness above —a pleated midi-length skirt, a polished black turtleneck, pointed cap-toe pumps and a chic overcoat — look like the polished perfection of a future princess to us.

3.) She’s well-prepared for vacays on the royal yacht and press tours on the road with Prince Harry.

While being royal has some disadvantages (as in, prioritizing public service over your personal life), lavish vacations help the royal family recharge. With exhausting press tours and public appearances up the wazoo, it’s no wonder the Royal Yacht has been a historical favorite.

The exhausting task of keeping up a public life takes more than the work of a full-time job, which means that knowing when to take time-off for a mini mental-vacay is absolutely critical. Over the years, we’ve witnessed countless public figures and celebrities pushing themselves too hard and publicly cracking under the pressure. But Meghan’s already got her work-life balance down pat. She survived grueling filming schedules, press tours, photo-ops and more! But after laboring for several months straight, Meghan sagely took time for some necessary self-care with a monthlong vacation with some of her BFFs.

We saw the actress put this philosophy in action with dazzling results: surrounded by friends, soaking up the sun and looking glam AF while doing so. She’s basically our living, breathing role-model for keeping things profesh while staying grounded. For her, royal life could be a breeze.

2.) Social advocacy already plays a huge role in her life, and her royal status will make her benevolent reach that much greater.

Part of the traditional duties of the royal family comes in the form of endorsing and advocating on behalf of philanthropic causes. It just so happens that this is one area where Meghan already excels.

On The Crown, you might’ve noticed that the Constitutional Monarchy in Britain doesn’t actually mean the royals reign supreme. But while Parliament wields decision-making powers on matters of public policy, the Royal Family still holds a great deal of social significance. For instance, did you know that Prince Charles is super into the environment? The Princes have also been advocating hard on behalf of mental health of late. (And if you didn’t know that Princess Diana remains global sensation for her devoted outreach to disadvantaged populations, now you do.)

Yet again, Meghan proves that she is uniquely suited to marry Prince Harry. Embracing social advocacy won’t be a reach for her at all, because humanitarian causes have long played a role in the actress’ life. She’s already a Global Ambassador for the non-profit World Vision — can you imagine the impact that her new royal status will have on her platform? Meghan’s ability to affect social change for the causes she believes in will only become greater when she says, “I do.” Oh, and ICYMI, her special connection to Africa (particularly Rwanda, as seen above) is something she and Prince Harry have in common. #SOCUTE

After learning more about Meghan above, we think you’ll agree that she’s a world-class role-model. Prince Harry has selected well, choosing a poised, successful and empowered HBIC that we can all look up to. And not to sound shallow, but the camera just loves her.

Ok, we’ll just say it: We adore her for the part! The public has already demonstrated its approval: The Princess Kate-effect — famously coined to describe the way everything Kate Middleton wears immediately sells out — has been joined by the Meghan Markle effect in fashion. And as for the OTS Roland Mouret number above, does that come in our size?

From her impeccable presentation and demonstrably successful career in the public-eye, to her humanitarian values and philanthropic outreach, Prince Harry chose his perfect match. All the signs seem to point to destiny at work. What can we say? Some things are meant to be.

How do you feel about Prince Harry and Meghan Markle’s engagement? Let us know in the comments below!