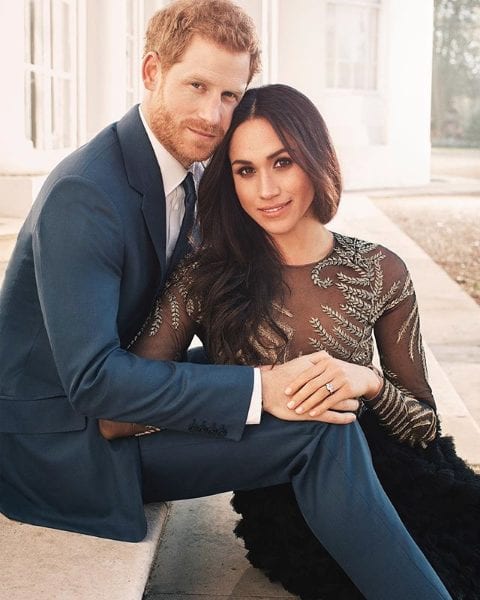 Nearly seven years have passed since the world watched Prince William and Kate Middleton get married in an extravagant London ceremony one could only describe as fit for an (almost) king. Since then, the couple has welcomed two beautiful and photogenic baby royals and just recently announced a third is on the way. But on May 19, the media attention will turn to William’s younger brother, Harry, who will be marrying American actress and humanitarian Meghan Markle.

It may be the second major royalwedding in a decade but not everything will be the same. With the wedding two months away, here are 10 things we already know Harry and Meghan will do differently on their big day. 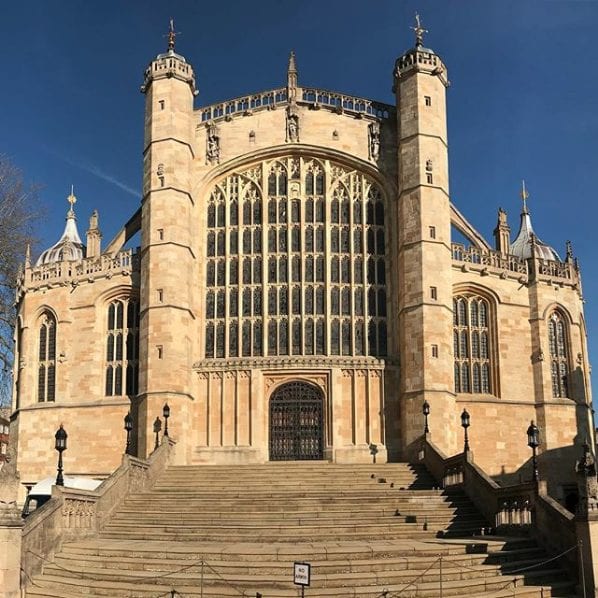 Just days after the couple announced their engagement in November 2017, it was revealed the ceremony would take place in St. George’s Chapel at Windsor Castle.

The castle is about 20 miles west of London, whereas William and Kate got married at the famous Westminster Abbey, right next to Big Ben and the Houses of Parliament.

St. George’s Chapel has held a few royal marriages in the past, including the wedding of Prince Harry’s uncle Prince Edward and Sophie Rhys-Jones in 1999, but the couple apparently picked the location for personal reasons.

“Windsor is a very special place for Prince Harry, and he and Ms. Markle have regularly spent time there over the last year and a half,” according to a statement from Kensington Palace.

2.) The Venue Will Be Much Smaller 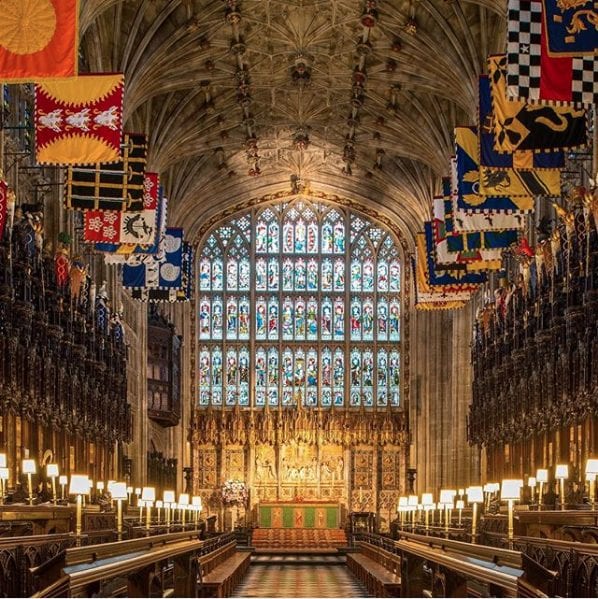 Though the Chapel does have royal history and personal significance to the couple, it’s about half of the size of the church where William and Kate were married.

Whereas Westminster Abbey can hold 2,000 guests, St. George’s Chapel canonly hold 800. But as Prince Harry is fifth in line for the throne (compared to William’s place as second after his father Charles, Prince of Wales), there’s less pressure on him to have wedding as grand as William and Kate’s.

3.) There Won’t Be an Iconic Balcony Kiss

Merely an effect of the venue location, Meghan Markle and Prince Harry will not be following in the footsteps of William and Kate — and before that the brothers’ parents, Prince Charles and Princess Diana — with a kiss in front of a cheering crowd at Buckingham Palace.

The Palace is about a 45-minute drive from Windsor Castle and the married couple won’t be making the trek regardless of the potential photo ops.

On the same day Prince Harry and Meghan Markle announced their engagement, British Prime Minister Theresa May announced their wedding day will not be a bank holiday, meaning citizens won’t automatically have the day off from work and (yes) banks will stay open.

Prince William and Kate’s wedding was a bank holiday, which may be one reason for the massive crowds who waited for a glimpse of the newlyweds. But we have a sneaking suspicion the absence of a holiday won’t stop too many people from lining the streets for this wedding.

5.) There Won’t Be a Procession Through London

Similarly to the iconic balcony kiss, Prince Harry and Meghan Markle won’t be traveling back to Buckingham Palace for the traditional horse-drawn carriage procession through the streets of London.

Instead, the couple will have their carriage procession closer to the ceremony, leaving from St. George’s Chapel and riding through Windsor Town before returning to the Castle.

Prince Harry and Meghan Markle are scrapping tradition for a banana-flavored treat at their reception.

British wedding cakes typically have a top tier of fruitcake to save and serve at the christening of the couple’s first child (assuming they move quickly, as fruitcake usually only maintains its best quality for about twelve months). Prince William and Kate Middleton actually also went the non-traditional route and ditched the fruitcake topping on their eight-tiered wedding cake — but who could blame them? It’s not known for being the tastiest treat around.

7.) There Will Be More Hollywood Stars 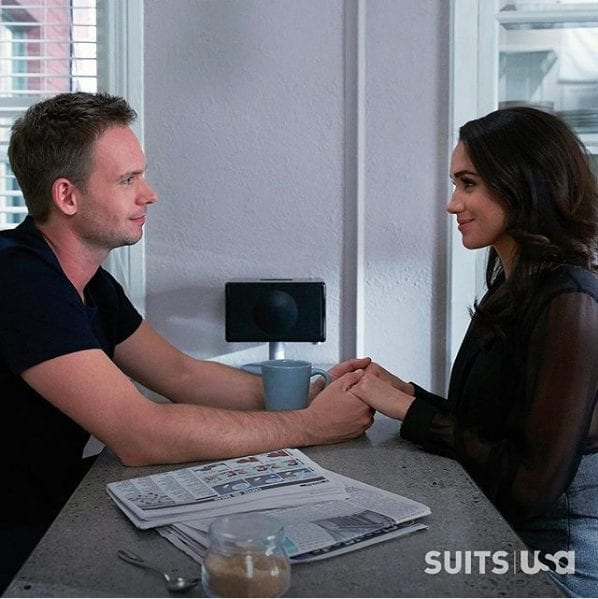 As Markle is an actress, there are sure to be more Hollywood stars at this royal wedding than William and Kate’s. Markle’s close friends Serena Williams, Priyanka Chopra and her “Suits” co-star Patrick J. Adams are all expected to attend.

Prince William and Kate’s guest list did include some celebrities, including the Beckhams, Elton John and Joss Stone — but they were mainly British. William and Kate included many more global dignitaries, foreign royals and politicians instead — another effect of William’s place so close to the throne.

8.) Markle’s Parents Won’t Be Chipping In

The marriage of Prince Harry and Ms. Meghan Markle will take place at St. George’s Chapel, Windsor Castle in May 2018. pic.twitter.com/lJdtWnbdpB

The royal family announced they will be paying for all of Prince Harry’s wedding to Meghan Markle, even though the bride’s family traditionally is supposed to cover the cost.

In contrast, Kate Middleton’s parents chipped in for her wedding to Prince William in 2011, splitting the cost with Prince Charles and Queen Elizabeth.

Pssst! Check out our list of the 25 most expensive weddings to find out where William and Kate’s ceremony ranked!

9.) Markle Is (Duh) American — and Will Keep U.S. Wedding Traditions 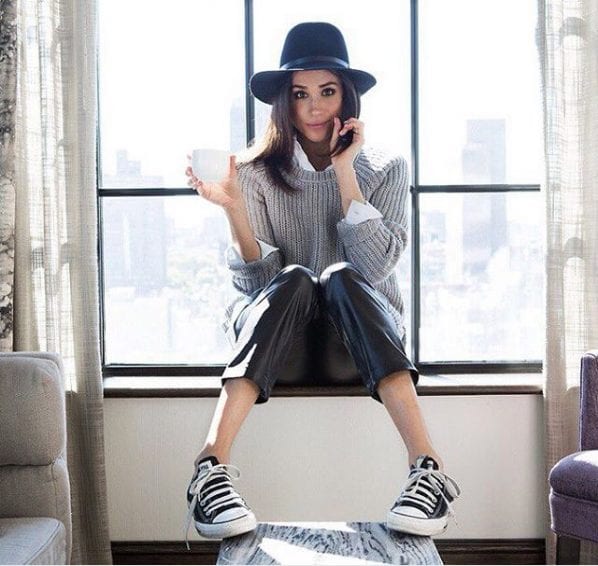 Prince William’s marriage to Kate Middleton was exciting enough because she was a non-royal but now Prince Harry is bringing an American into the royal family.

With that American origin comes American wedding traditions. Markle will have a Maid of Honor instead of the traditional “chief bridesmaid” — and though royal weddings do include bridesmaids, they’re typically children. Details on Markle’s bridal party have been kept strictly under wraps, so there’s only been speculation on who will be included.

Of course, she won’t stay American for long. Markle, who grew up in Los Angeles, has said she intends to become a British citizen after her marriage to Prince Harry. But it won’t be automatic; she’ll have to pass a citizenship test like everybody else.

The couple’s marriage is the first time a direct heir to the throne has married an American since 1937, when Edward VIII abdicated the throne to marry divorcée Wallis Simpson. Which brings us to …

10.) Markle Has Been Married Before 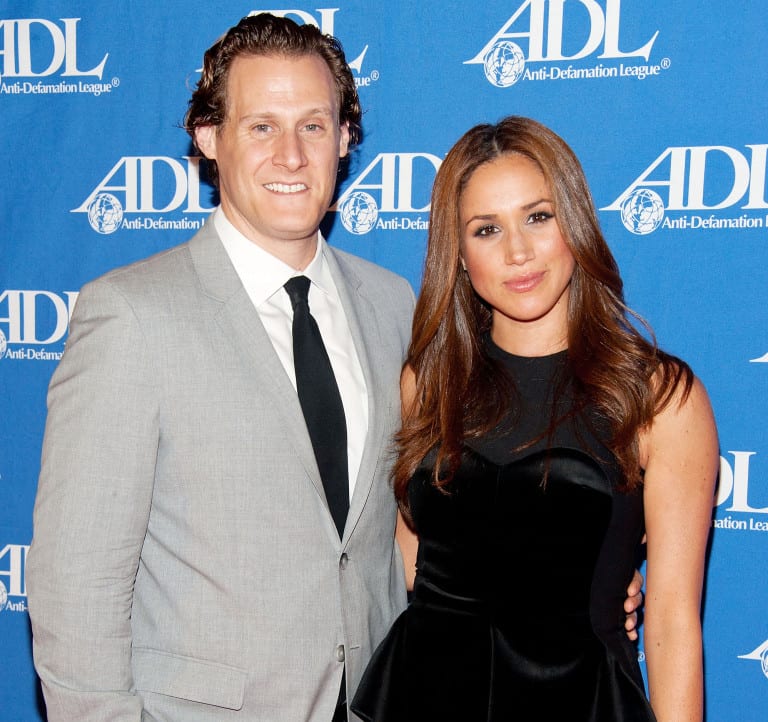 Markle was married to film producer Trevor Engelson from 2011 to 2013. But unlike the crisis that led Edward VIII to abdicate the throne 80 years ago, her previous marriage won’t be a problem.

Since 2002, the Church of England has allowed divorced people to marry again in church as long as they go through a process that requires paperwork and proof the divorce is “absolute.” The priest may also interview the couple multiple times before agreeing to marry them.

Luckily everything appears to be in order because Archbishop of Canterbury Justin Welby will be marrying the couple.

It’s hard not to feel a little bad for Engelson — I mean, can you imagine your ex remarrying a royal?