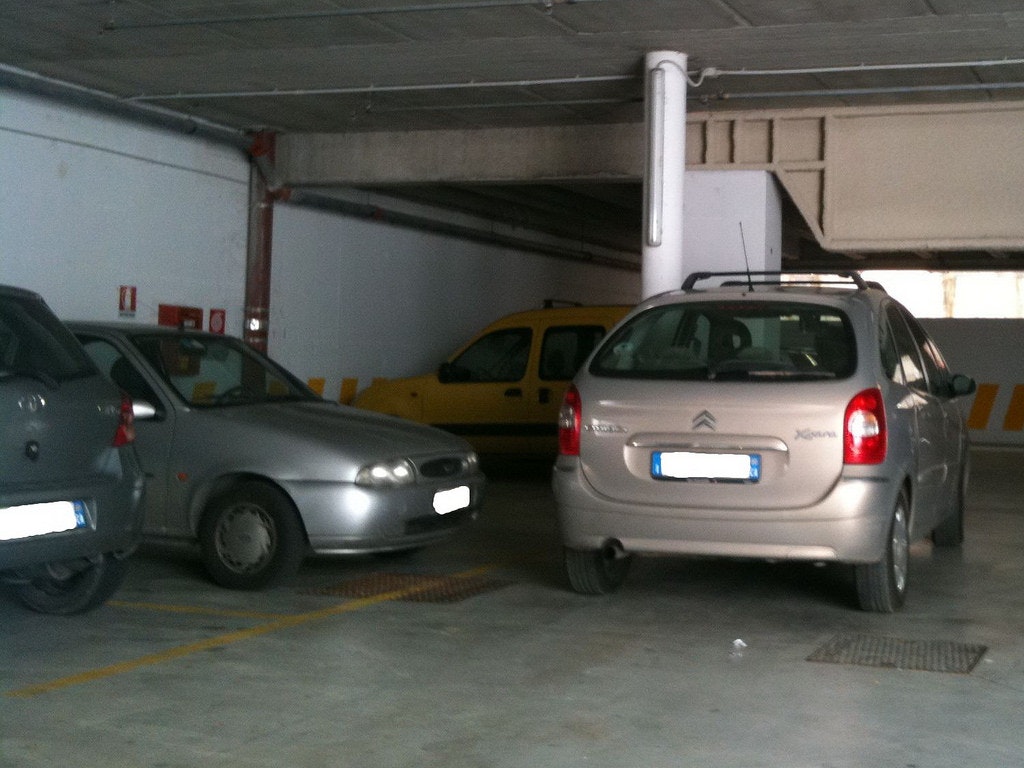 He walked into the parking lot and couldn’t believe his eyes. Even after all his warnings, the car was there again. He felt something snap inside him and the wheels in his head started turning. Then his stern mouth relaxed and a wide grin spread across his face.

He knew just what to do to make this man wish he had never parked in this spot. 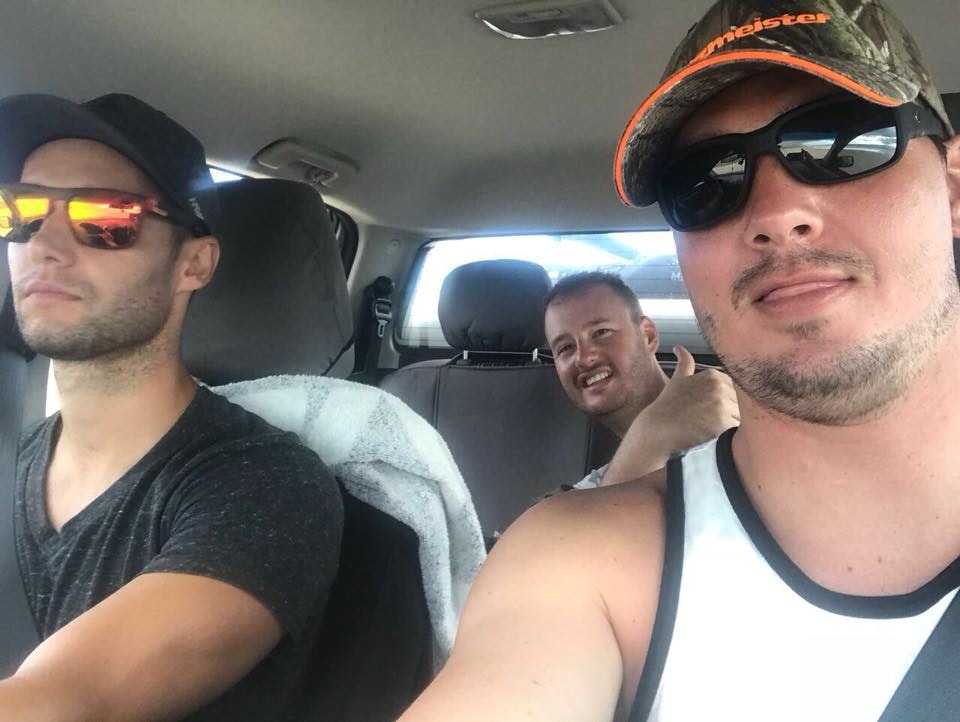 A redditor known as AngryAussieGam3r had had enough. He had left numerous warnings on the offending car, but still, the driver continued to park him in.

Unluckily for the inconsiderate driver, this resourceful redditor had a secret weapon at his disposal to pull off his wild stunt, and he knew just how to use it to make the rude man pay. 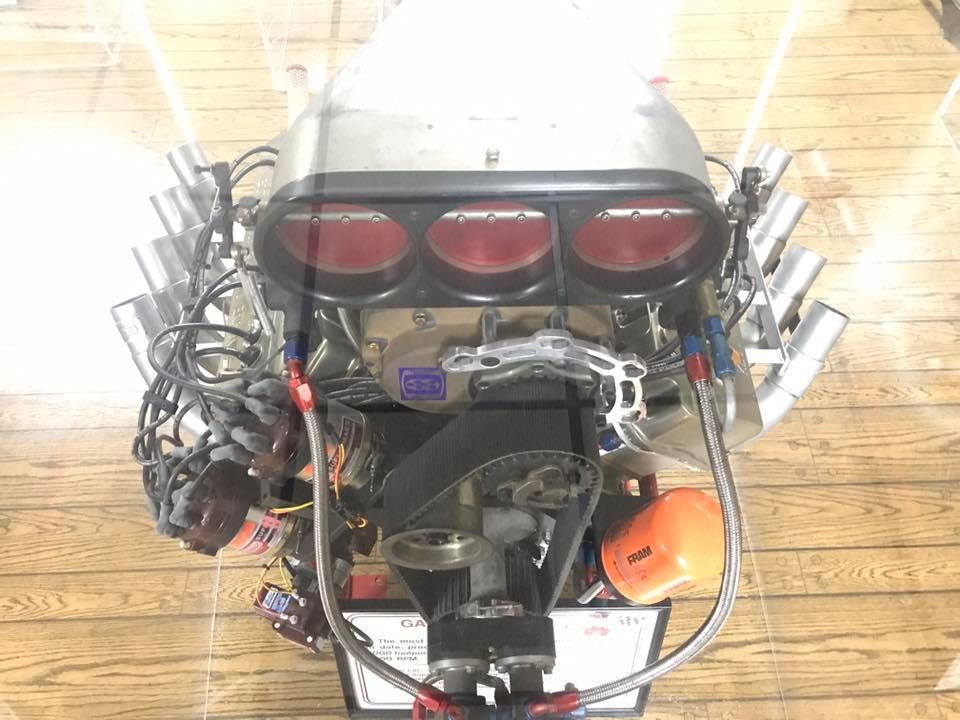 You see, this redditor also happened to be a mechanic. From the time he was a teenager, he enjoyed tinkering inside cars. He loved nothing more than to lift the hood and see what made them tick.

The cogs and bolts were a thing of beauty to him, and he only needed the smallest excuse to break out his tools and get inside. 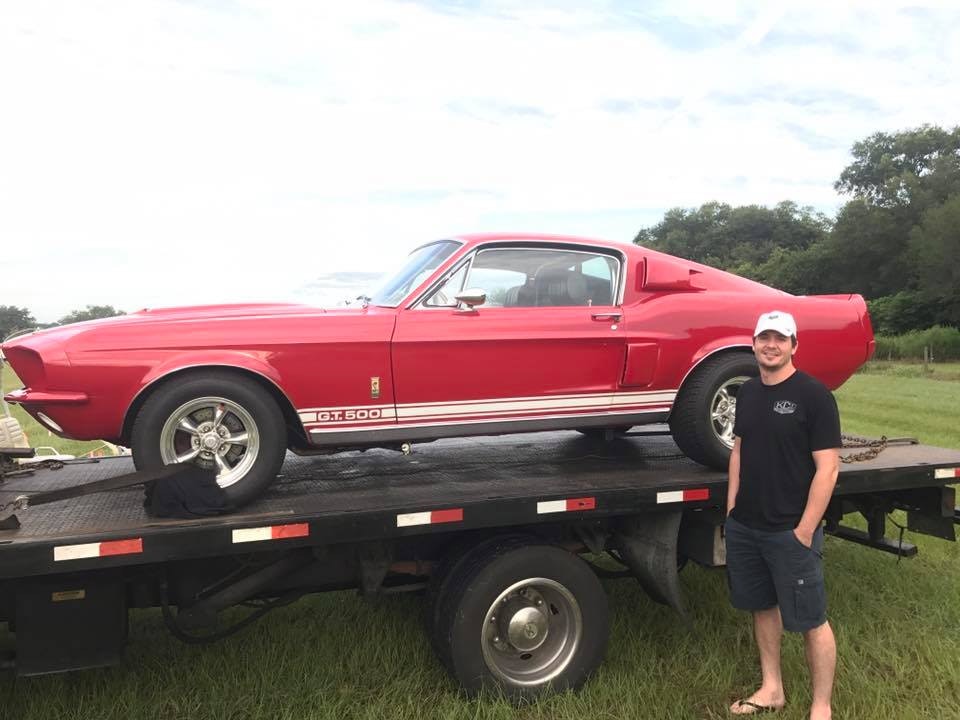 By the time our vengeful redditer was an adult, he had obtained his certificate in vehicle maintenance and had completed his apprenticeship with flying colors. He was proficient in every aspect of his trade, and he had learned the skills to lay the foundation for the act of ultimate revenge that he would exact years later.

If only the inconsiderate driver had known just how far he was willing to go. 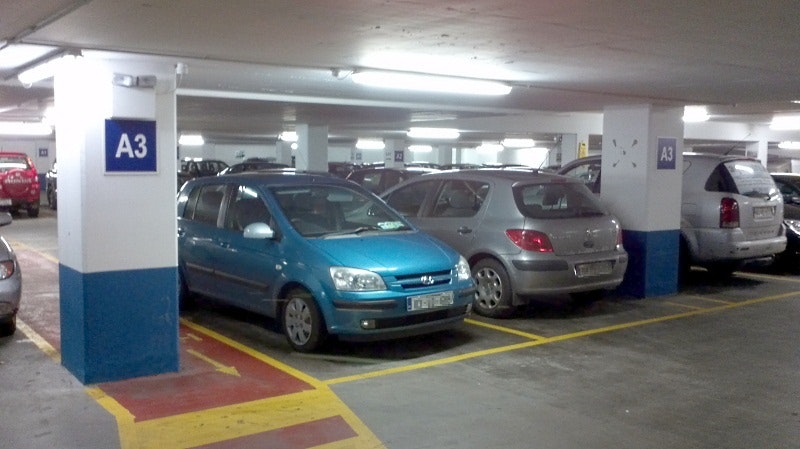 AngryAussieGam3r lived in an apartment block with allocated parking bays in an underground lot.

The division was simple: each apartment was allowed access to two parking bays that were situated with one in front of the other, lined up in two rows. This meant that careful coordination would be needed to ensure one car was never parked in against the wall. 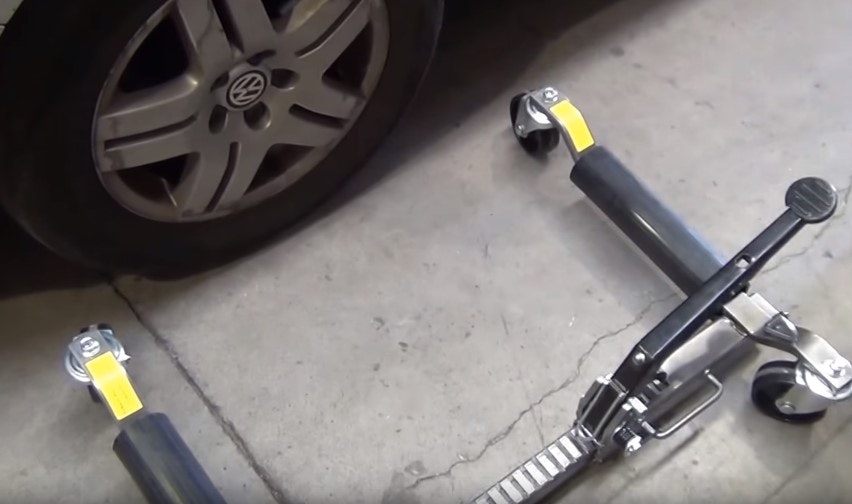 Our redditor had come up with a simple solution to ensure that this never happened. He would leave the furthest bay open for his visitors, who would give him notice, and he would park his own car against the wall.

But there was one rude tenant who didn’t seem to care if he made his fellow tenant’s life difficult. 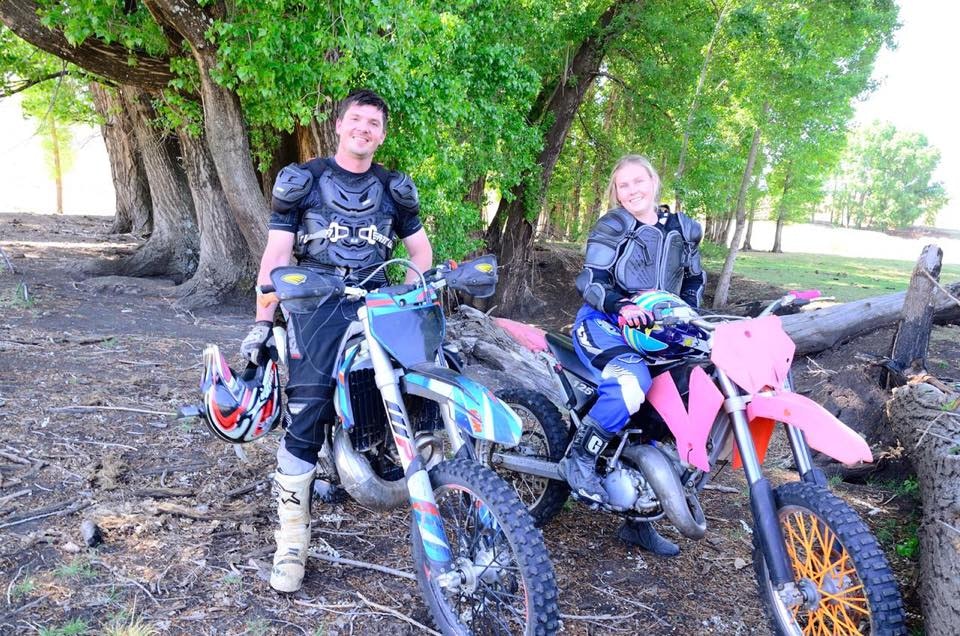 This inconsiderate tenant would often park in the space that our redditer would leave open for his visitors, effectively parking him in. AngryAussieGam3r had been greeted with this infuriating sight on a number of occasions.

The problem was that, due to the large apartment block’s size, he didn’t know exactly who the offender was. First, he resorted to peaceful tactics. But things escalated quickly. 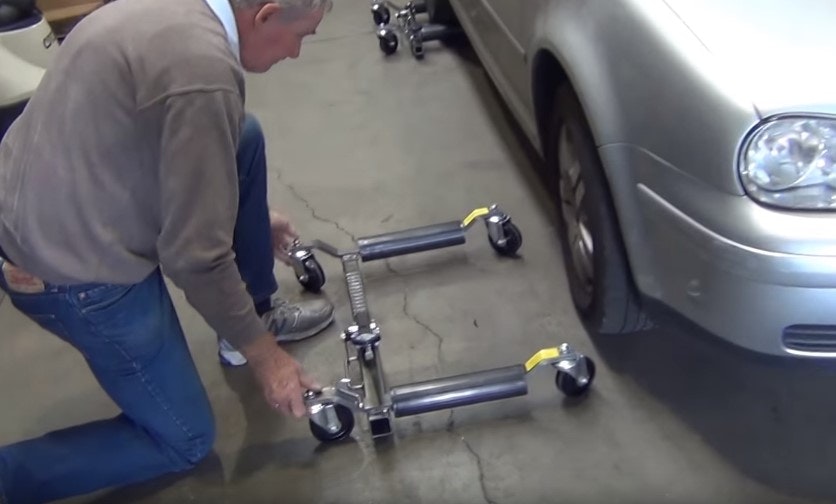 One particular Saturday afternoon, AngryAussieGam3r was getting ready to go away for the weekend with his friends. He walked to his car, and lo and behold, the rude driver had parked in front of his car again!

He had written a polite note to the driver just the week before and had left it on his windshield. He had kindly asked him to refrain from parking his car in on Friday afternoons, but it seemed like his request hadn’t gotten through… so he started to think about what would. 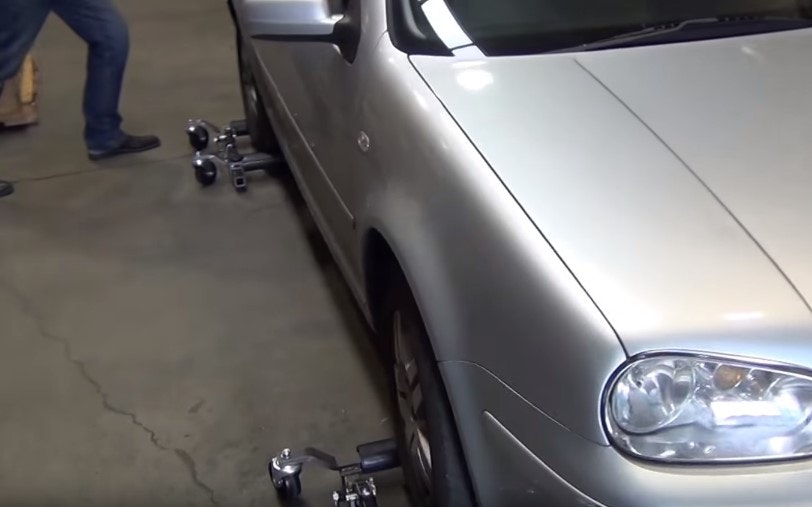 He called the building manager to see if they could help. He patiently explained the situation. This rude driver had obviously had one too many the night before and had failed to remove the car by Saturday morning, giving no thought to what an inconvenience he had caused the owner of the parking bay.

As he talked, he was becoming angrier and angrier. But the building manager was unwilling to help. 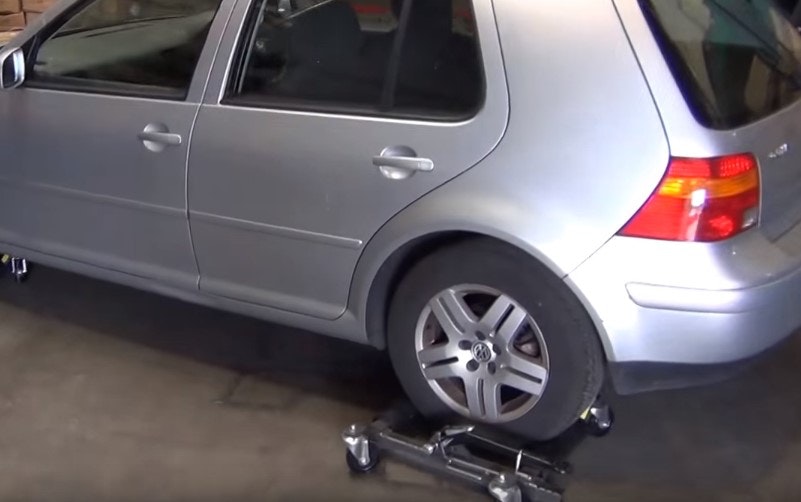 Then, he called a towing company, but they couldn’t help him either. The parking lot was on the third floor, and they wouldn’t be able to get a truck up because of the height restriction.

Then, a red mist descended on our redditer, and he realized that he was going to have to take matters into his own hands. 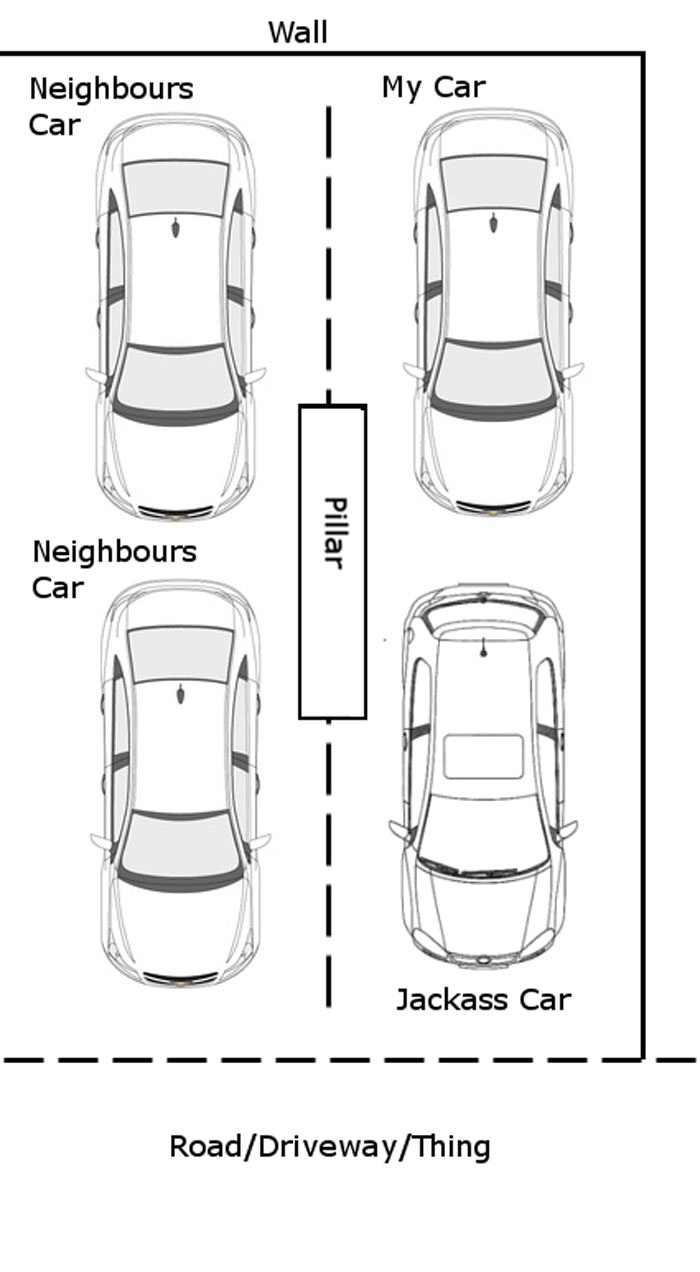 AngryAussieGam3r started to hatch a plan. He chuckled with glee. This audacious man was going to wish he hadn’t parked in his space. He was going to make him pay in the most spectacular way.

So he called his friends and they drove to his garage to fetch the most prized tool of his trade, imagining the rude man’s angry face all the while. 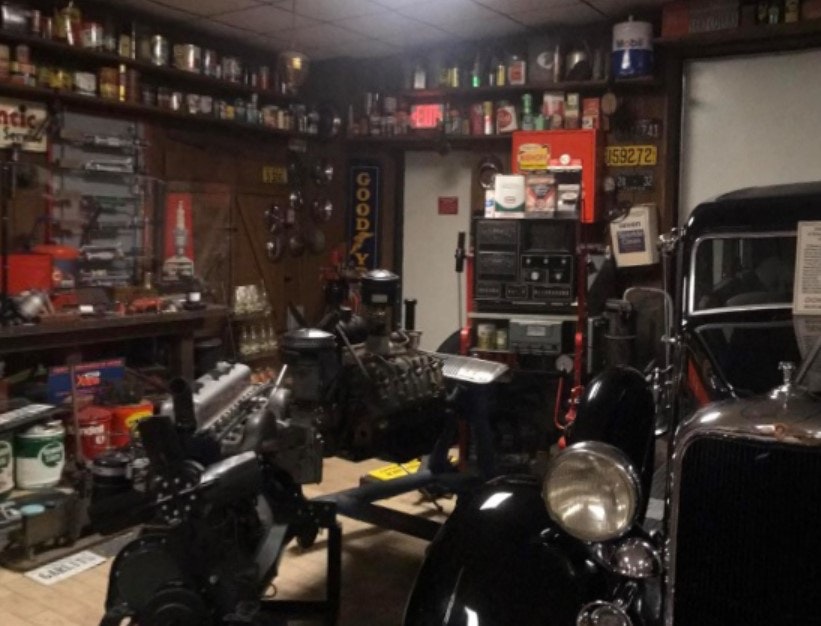 Our redditer mechanic fetched his vehicle positioning jacks and six of his burliest mates. He attached the jacks to each one of the offending car’s wheels securely, and then they started to push. He felt the hydraulics lift the car effortlessly.

The wheels on the jacks made light work of moving the staggering weight as they maneuvered the car around until it was facing the opposite direction. But he wasn’t done. 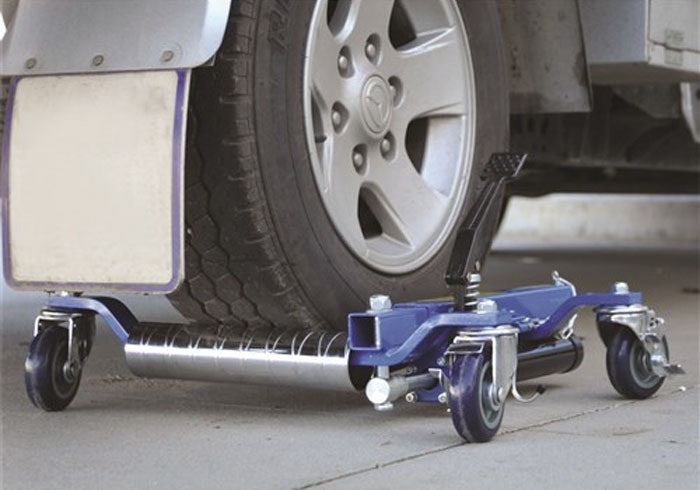 Then, he and his friends pushed with all their strength and wheeled the car through to the other side of the parking lot. There was no parking bay here, and it was perfect. There was a load-supporting beam with a tiny space behind it, so they squeezed the car in, with its nose facing the wall.

“Good luck finding your car,” AngryAussieGam3r exclaimed, gleefully, as he stood back to admire his handiwork. 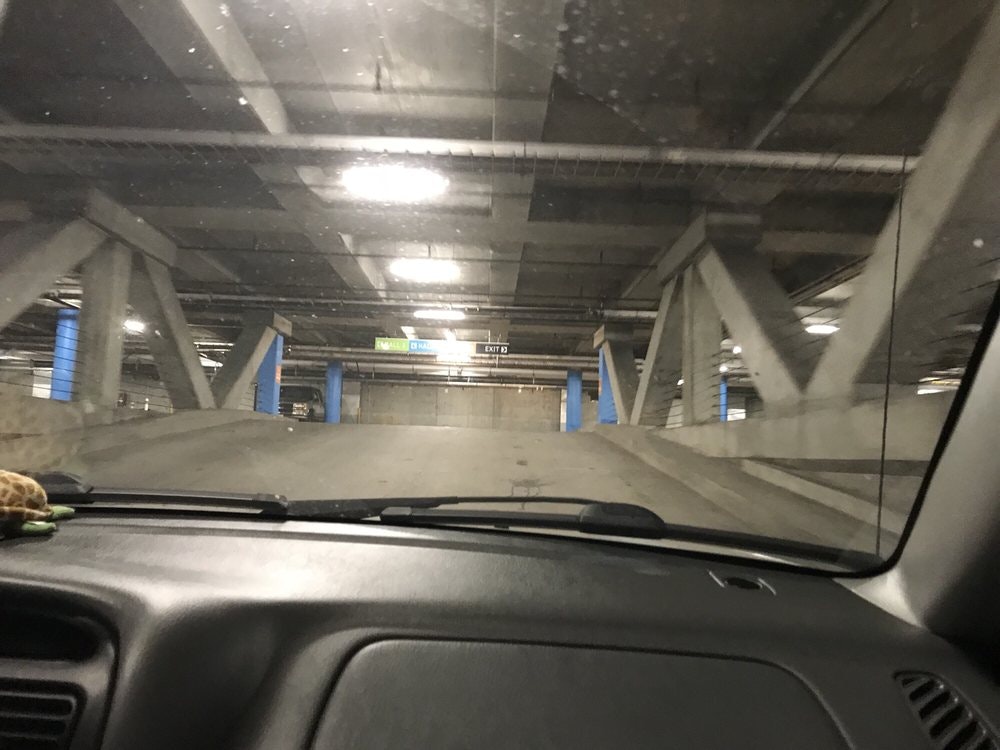 With his work done, he went along his way with his friends for their planned weekend trip. But the whole while he was bursting with glee.

What would the audacious man do when and if he eventually found his car in such a tight spot? He couldn’t wait to come back and find out. 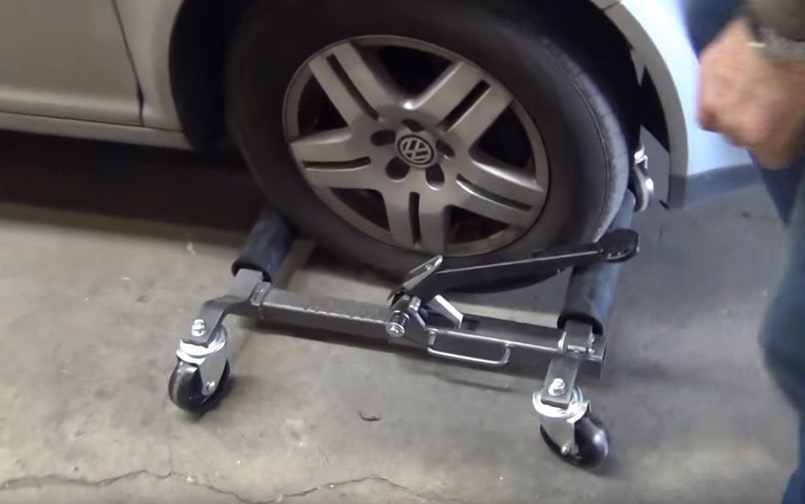 When our merry prankster returned from his trip, the offending car was, unsurprisingly, still where they had left it. But the front wheels had been turned.

AngryAussieGam3r and his friends couldn’t stop laughing at the thought of the man’s puzzled face as he saw that his car was missing, and then his frustration on realizing where it was. And funniest of all, his futile attempt to move it. 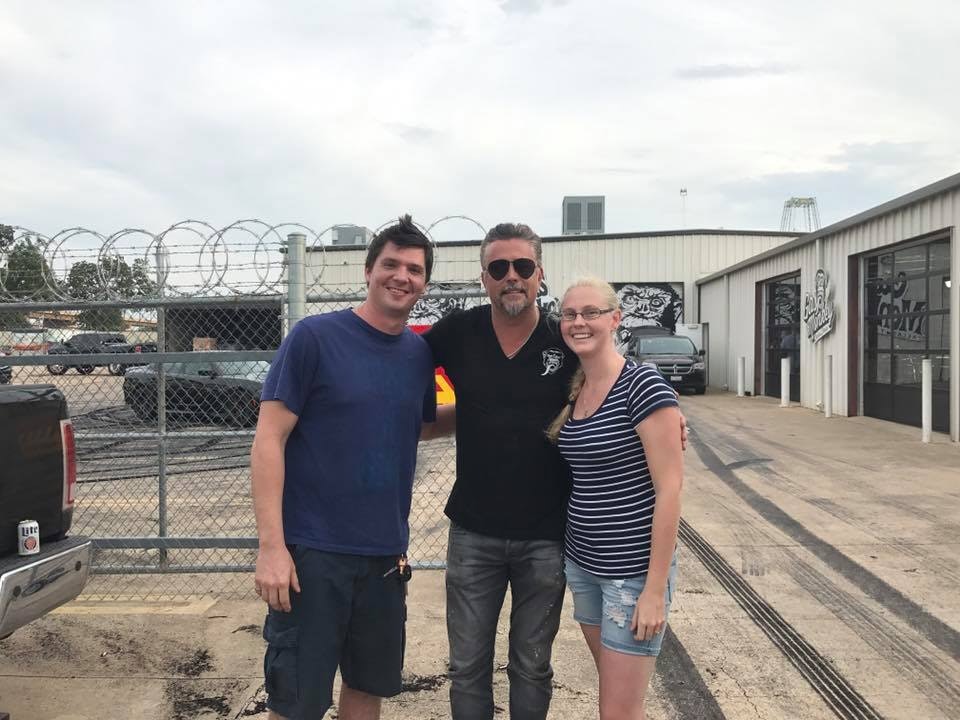 It was no surprise that the inconsiderate man hadn’t been able to move his car, there was only about a foot between it and the wall, and another foot between the car and the pillar.

But when our enterprising mechanic looked for it again the following day, it was gone. And he never saw it again. 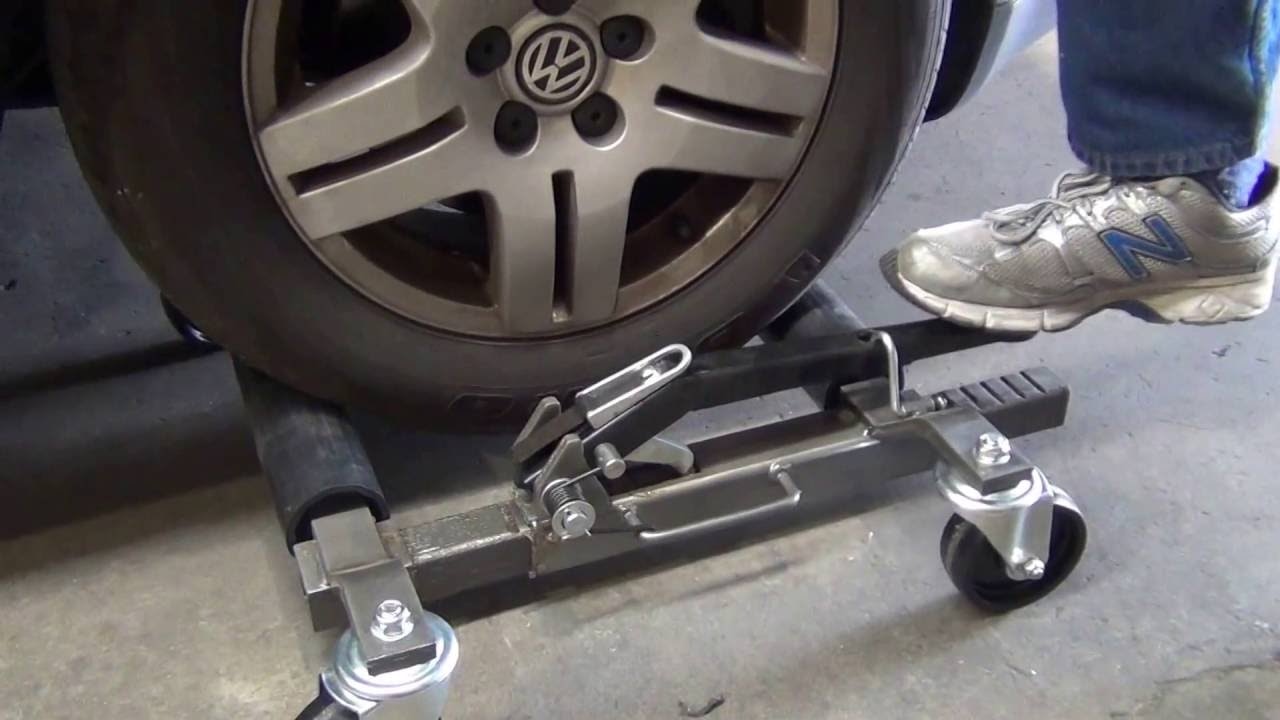 As to how the car was eventually squeezed out of its tight space, nobody knows.

But AngryAussieGam3r is sure of one thing: that tenant will surely think twice next time he parks in someone else’s parking bay! and of all people to annoy, he happened to pick a mechanic with the skills and equipment to pull of the most satisfying act of parking revenge ever seen on Reddit. 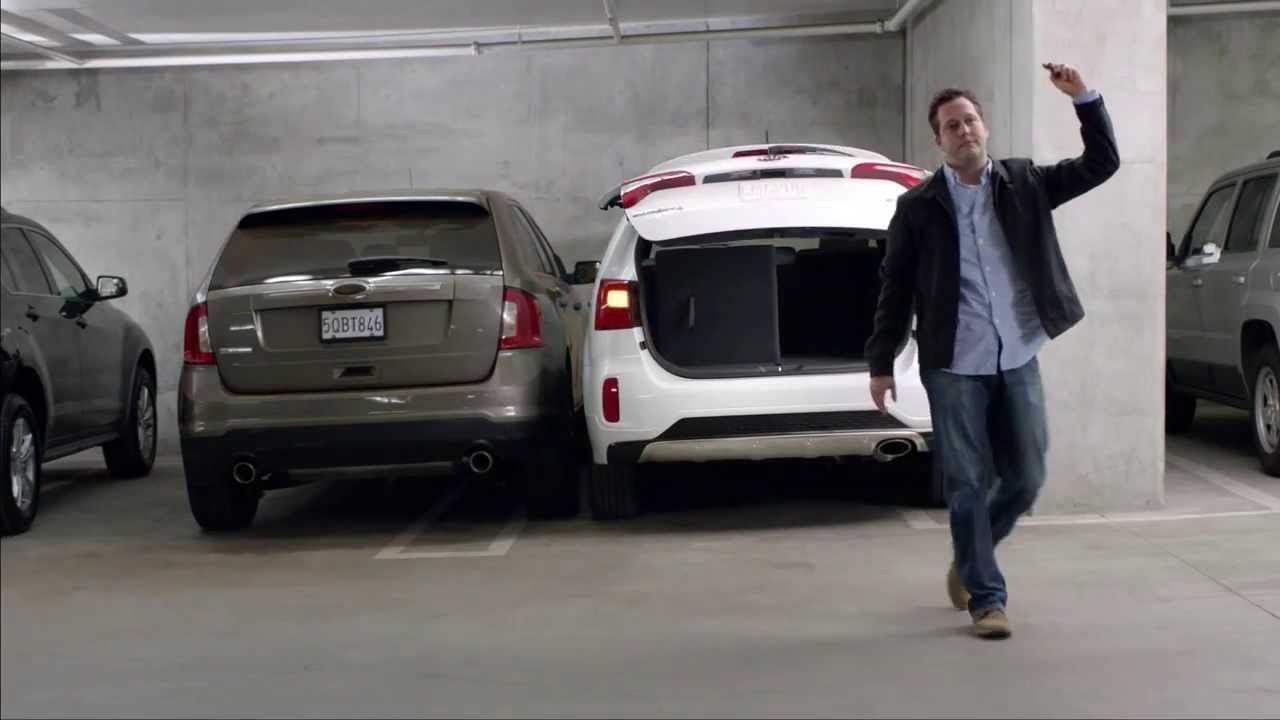 When AngryAussieGam3r posted his elaborate prank on Reddit, people couldn’t believe that he had pulled it off. And they loved it. Everyone has thought of exacting revenge on rude and inconsiderate drivers, which makes AngryAussieGam3r’s revenge story that much more satisfying.

His post exploded on a thread titled: “ProRevenge”, and soon people were giggling gleefully all over the world. People loved the creativity the redditer mechanic displayed, as well as the ingenious execution. But most of all, people praised him for getting his point across effectively and in a non-violent manner.

But other posters question if AngryAussieGam3r was within his rights to move someone else’s vehicle, and explain that he could be charged with theft.

He responded with: “my research shows that the only way I could be charged is if I had illegally gained access inside the vehicle, or moved it with the intention of selling, lending, or gifting the vehicle to someone else.”

“The issue gets more murky if I had moved it off the property, but as it is I simply gained access to my vehicle.” But do you think the rude driver learned his lesson?