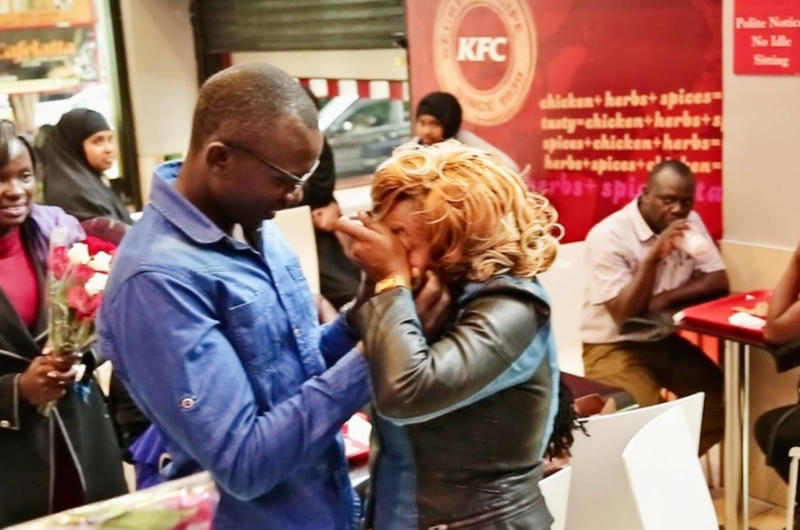 It was more of the principle than just the criticism that he threw his way.

It was more of an attack than a critique. It was supposed to be a happy moment when he decided that he wanted to get married, but complications would arise. 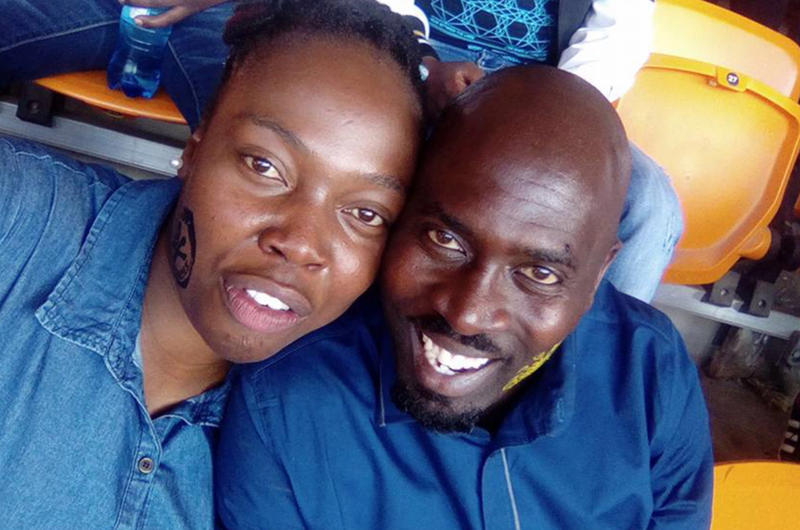 Hector Mkansi knew that as soon as he met Nonhlanhla Soldaat that he was in love with her.

The attraction was instant and they both knew they were meant to be together. They even got close enough to talk about marriage, but there would be one hitch. 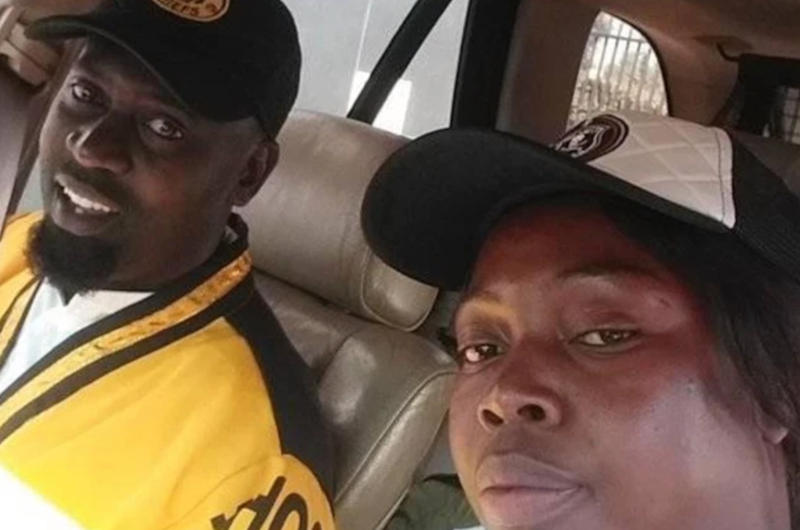 Mkansi wanted to be able to give his wife a wedding that any bride deserved. That’s all he wanted to do for her.

They were both caring and compassionate but since Mkansi lived the humble life of a pastor, he knew he couldn’t afford the wedding he wanted to give her. 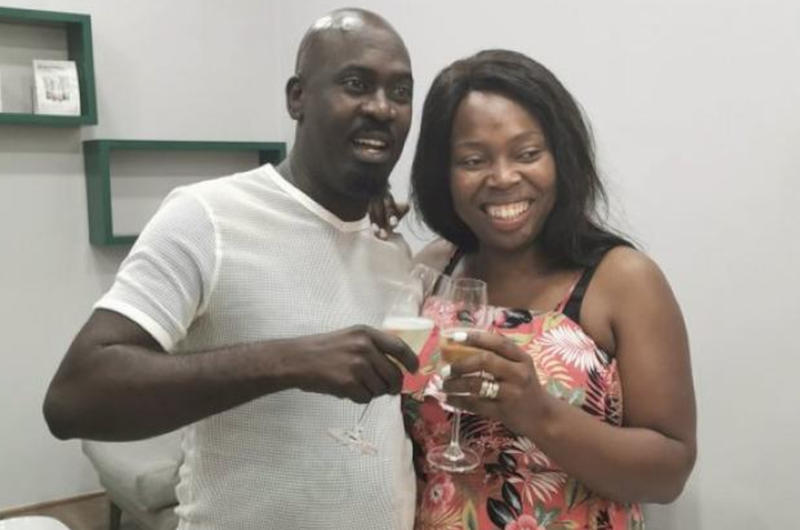 He knew if he saved every penny then the wedding might never even happen with the expensive nature of getting married.

He first focused on saving enough money for the ring and then took her to her favorite place to eat at – KFC. It may be strange to others but Mkansi knew this was the perfect place. The staff even assisted him. 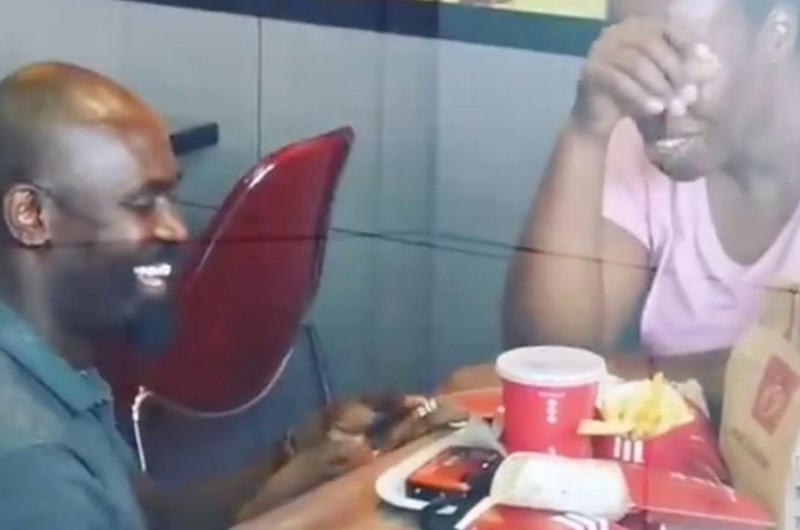 They helped him out the ring under the lid of her favorite meal. The ring was wrapped up tight and waited for her to stumble upon it.

The moment she opened the lid and her ring she felt tears well up and stream down her cheeks. It was a moment Mkansi wished would last forever, but he was unaware of the photo of them being taken and the consequences it would have. 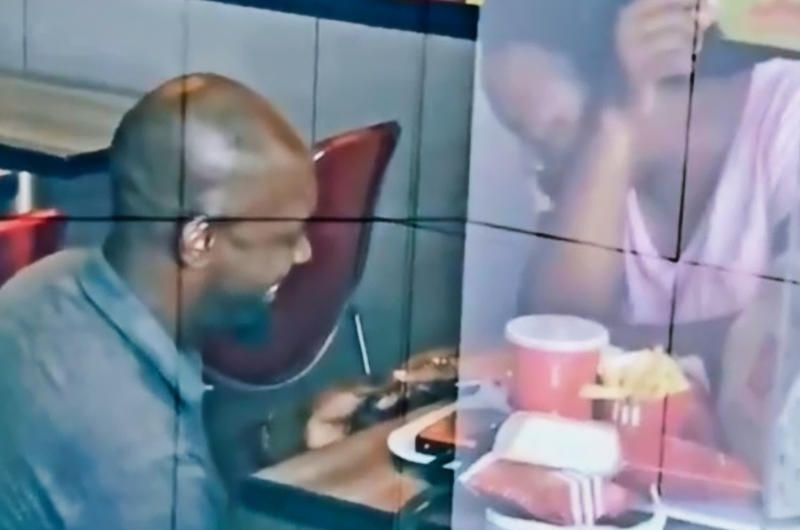 There was a journalist who happened to be at the restaurant and tweeted the photo of the couple captioned that in his country people couldn’t afford extravagant wedding proposals.

Mkansi felt a knot in his stomach, he had picked the perfect place, not because he couldn’t have taken her out anywhere nicer. Then the tweets rolled in. 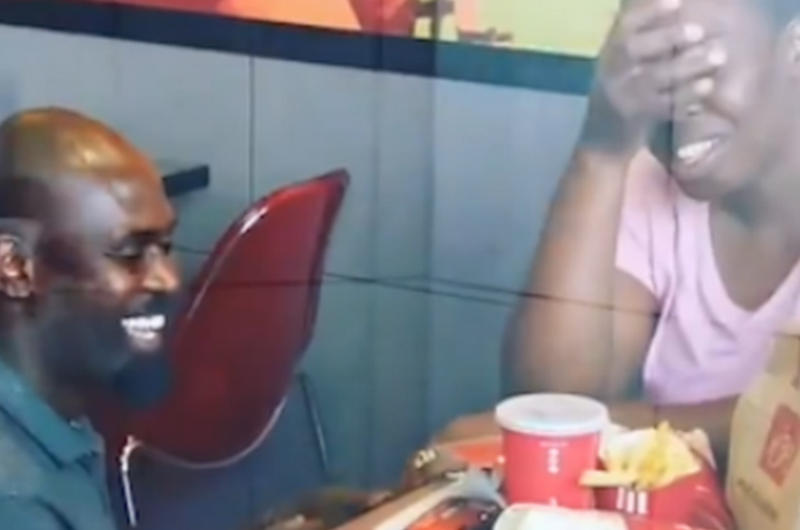 He was ready for the flood of comments humiliating him.

He just didn’t want these new tweets to hurt his new bride Nonhlanhla. Thankfully, many people sided with him in the comments, but he was so surprised by what KFC had to say. 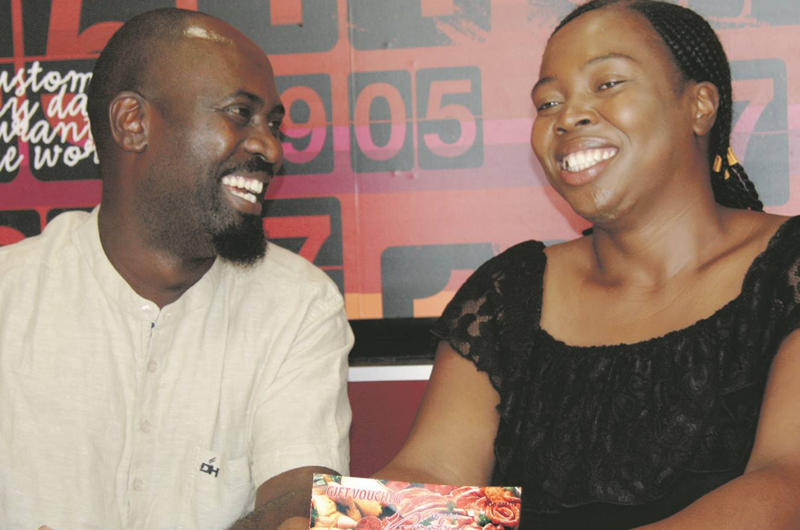 The restaurant urged to contact them so that they could give him a surprise that he would never forget.

He had to steady himself and sit on the couch after he contacted them over the phone and heard what they had to say to him. They wanted him to have the dream wedding that his bride dreamed of and they would help him free of charge! 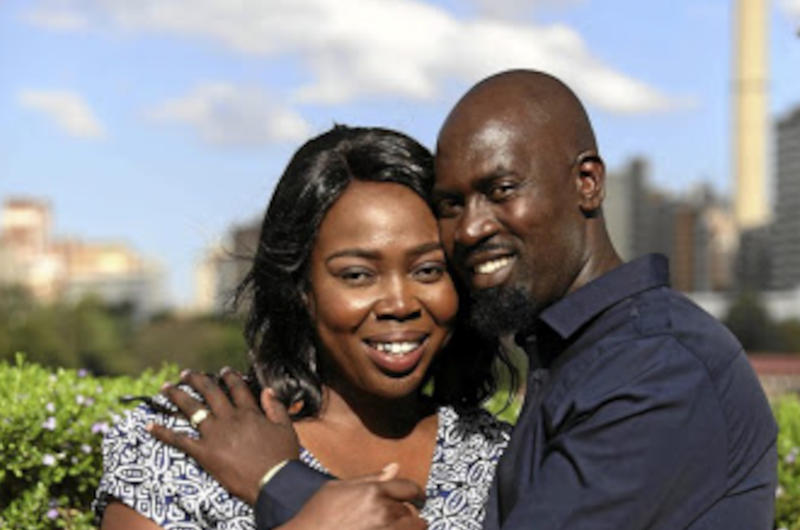 This set off a chain reaction of kindness that was felt around the globe.

Their story went viral and business after business put up their hand, wanting to donate something to the coming nuptials. The list of gifts grew to insane levels. Neither of them could believe it! What else were they offered?    After the story went viral businesses were lining up to lend a hand to the engaged couple. 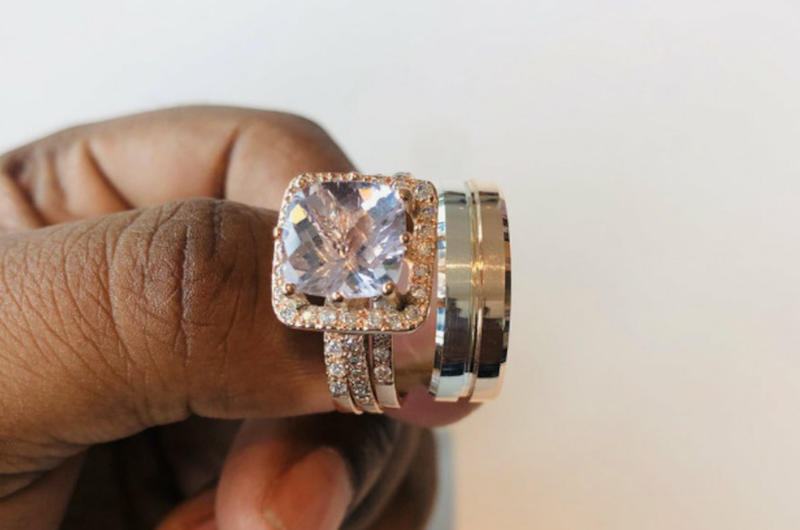 You name it, there was an offer for it.

Puma wanted to get them new clothes. A ring company wanted to give them a matching diamond set. Audi offered to provide luxury chauffeuring services. Koo donated thousands in grocery vouchers. And if you think this is huge, McDonald’s decided to one-up their competitor KFC. 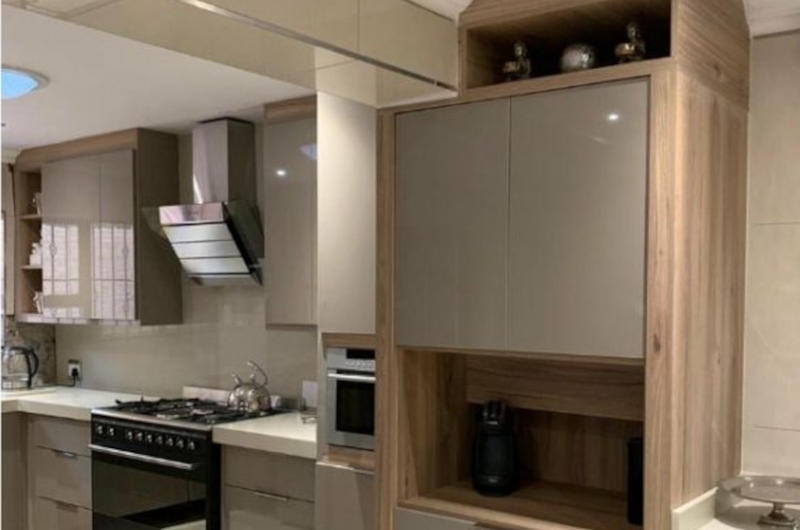 They went as far as to offer a luxury honeymoon to Cape Town – all expenses paid. 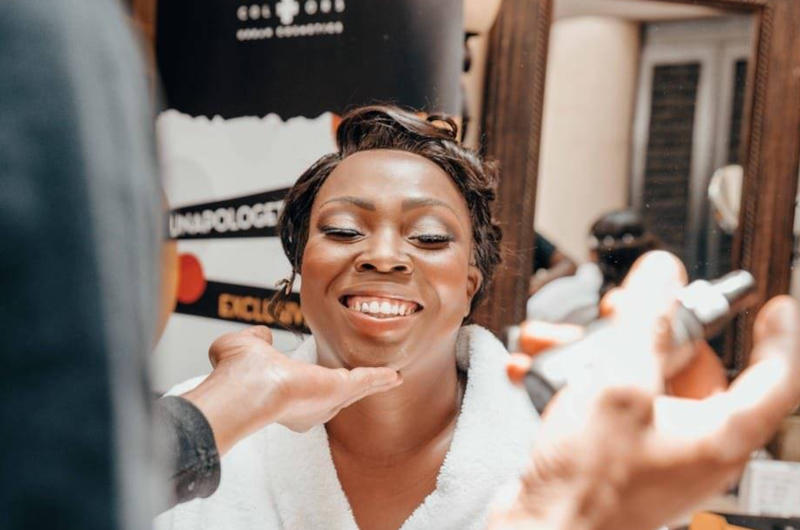 But more than anything it was a reflection of Mkansi’s core beliefs – that good, kindness, and love will always conquer. So, when the floor of offers swirled into action, and he stood at the alter waiting for his beloved to come down the aisle, he felt nothing but pure gratitude. 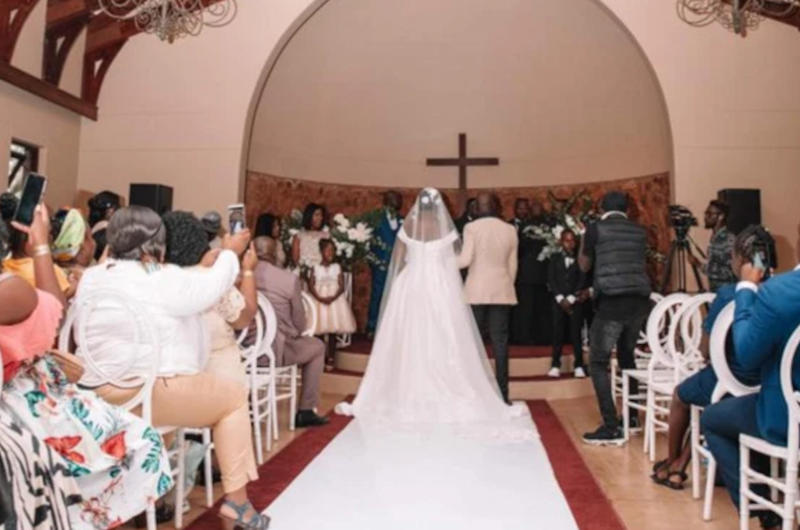 She was a stunning vision in white.

Her smile lit up the room. Every part of him felt like it was going to explode with happiness. It was more than they could have ever hoped for. The day was perfect. But what about the person who originally tweeted the insult that had started it all? 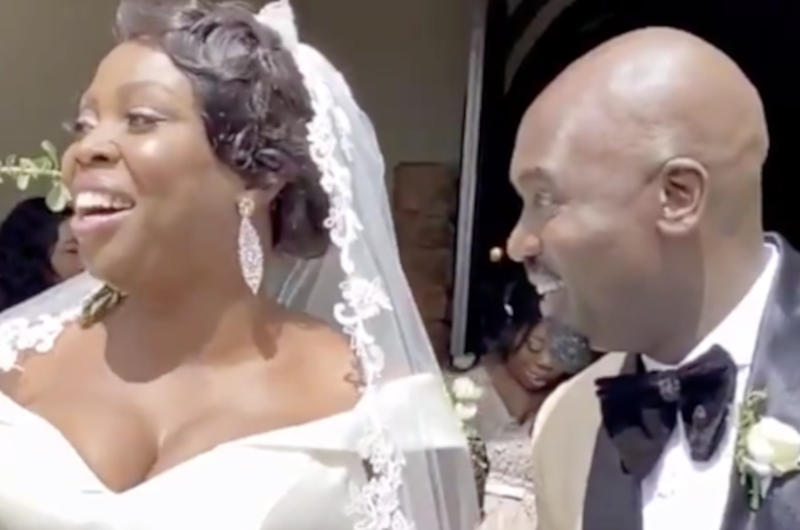 The account has been made private – not even a picture.

Whatever back and forth arguments, or defense of their opinion, the poster had been engaged in had now gone silent. The avalanche of support towards the South African couple was clear. But the pastor did have his own thought on the matter. 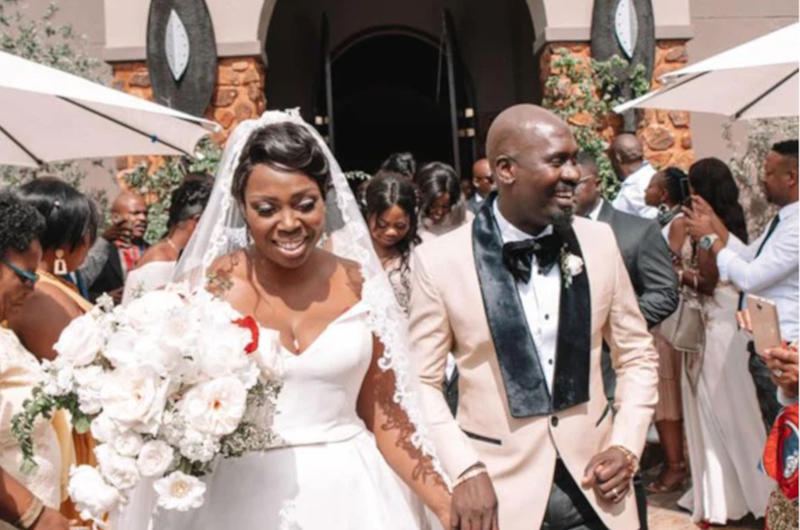 Something good can come out of something bad.

Even on the first day she had probably learned her lesson. It did no good to keep coming down on the girl – just leave her be. These times should be ones of love, acceptance, joy.