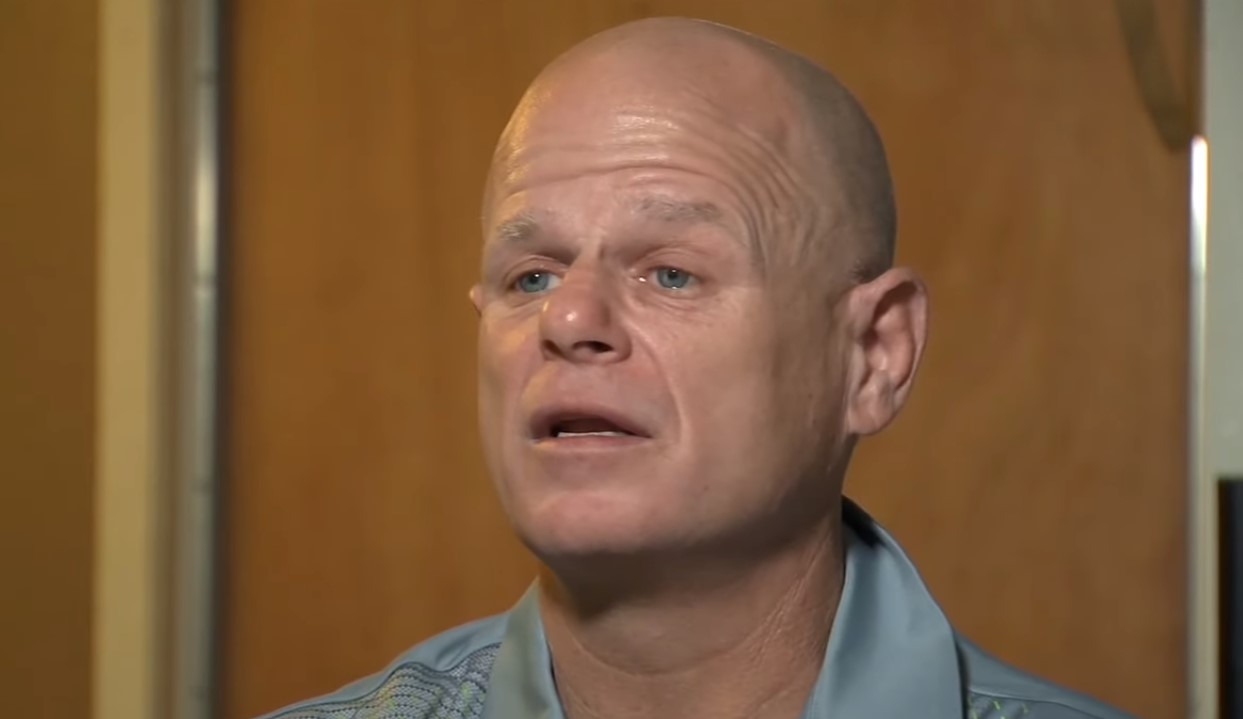 One Last Look Around

He figured he’d just pop into one last shop before he returned home. If nothing else it was a good way to kill time before the flight rather than waiting around in some airport lounge.

He didn’t know that this split-second decision would be the twist of fate he needed to make all his dreams come true. Out of the corner of his eye, he spotted a card that just should not have looked any different from the rest, but it changed his life forever. 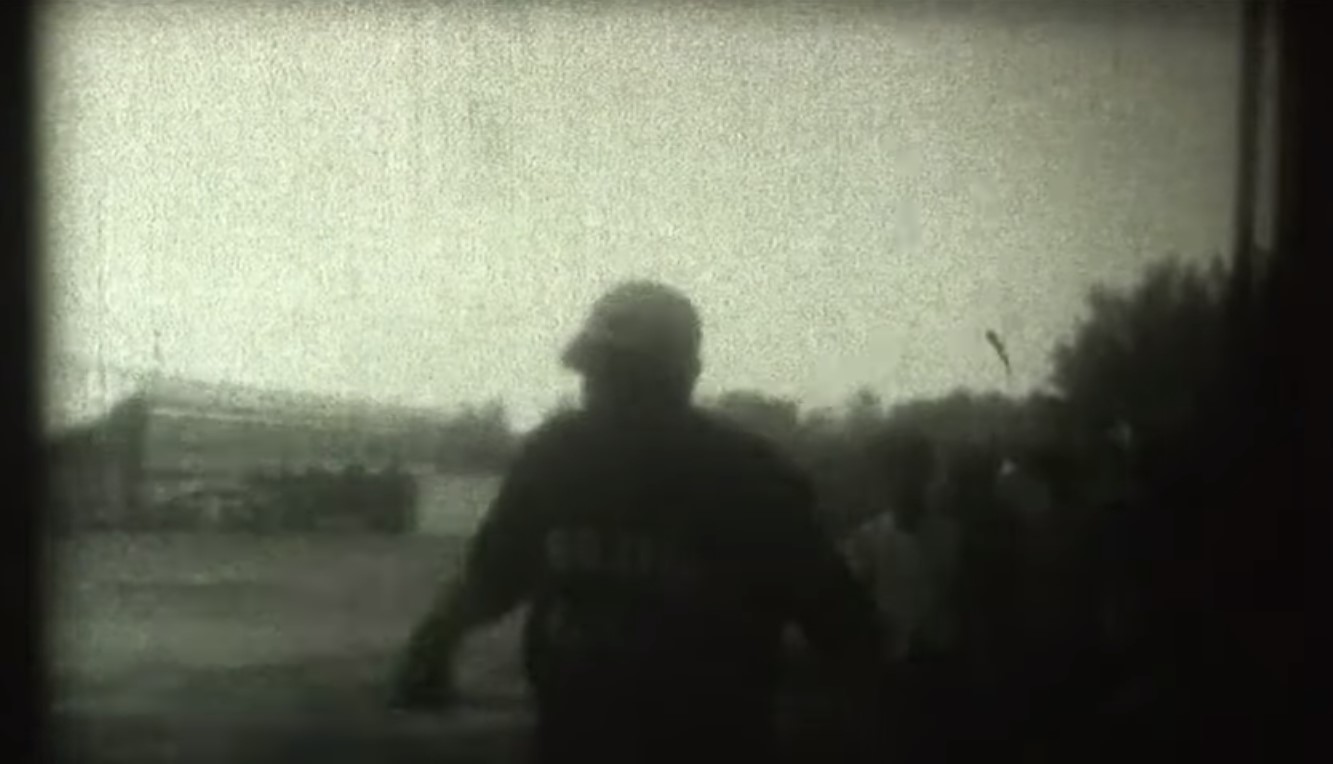 Some people are natural collectors and there is no limit to what people find worthy of collecting either. Personally, my favorite is collecting old red wines but stamp collecting has been extremely popular since stamps were first issued back in 1840, as well as coins and of course, baseball cards.

Collecting is something that people seem to do quite naturally and one thing that is true of a lot of the more popular collectibles is this: They can get very, very pricey.

What To Look For 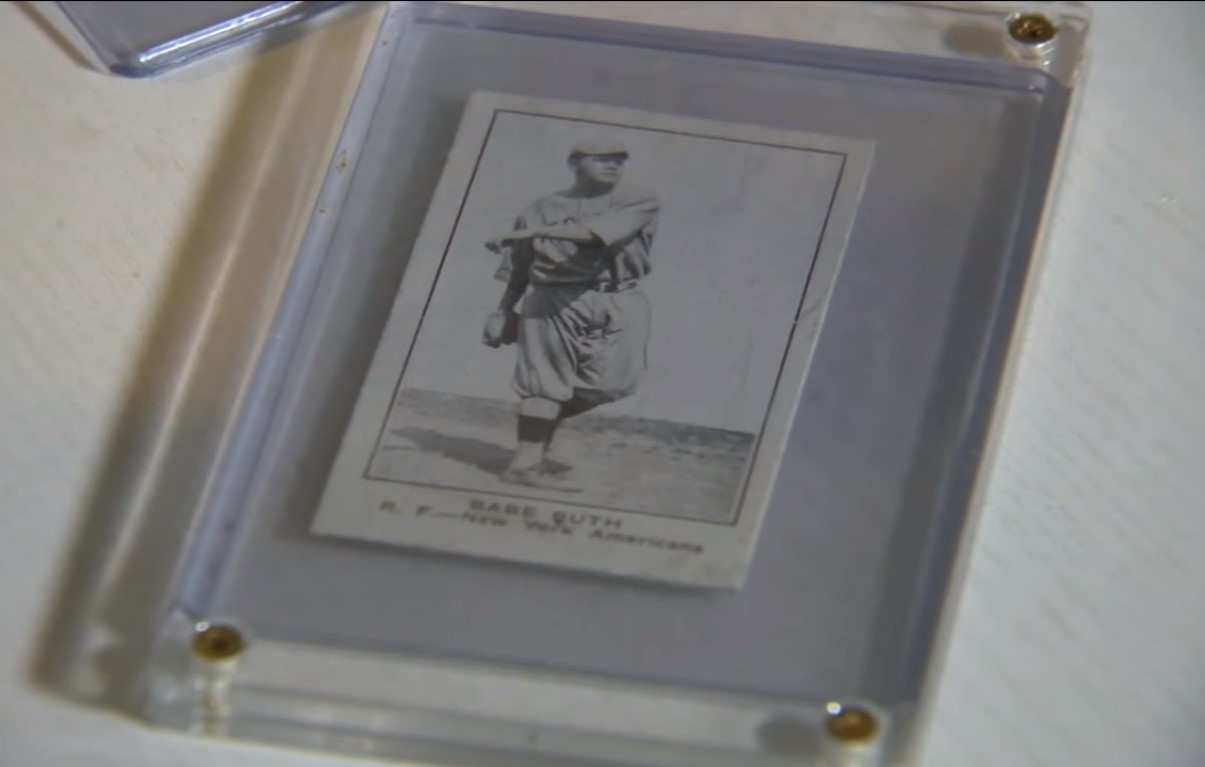 A few things are necessary to get the most cash for your collectible. First and foremost the item must be fairly rare, the more uncommon the item the higher a demand there may be. Another consideration is whether the item is in immaculate condition.

Age is also a factor, and perhaps the most exciting one at that. 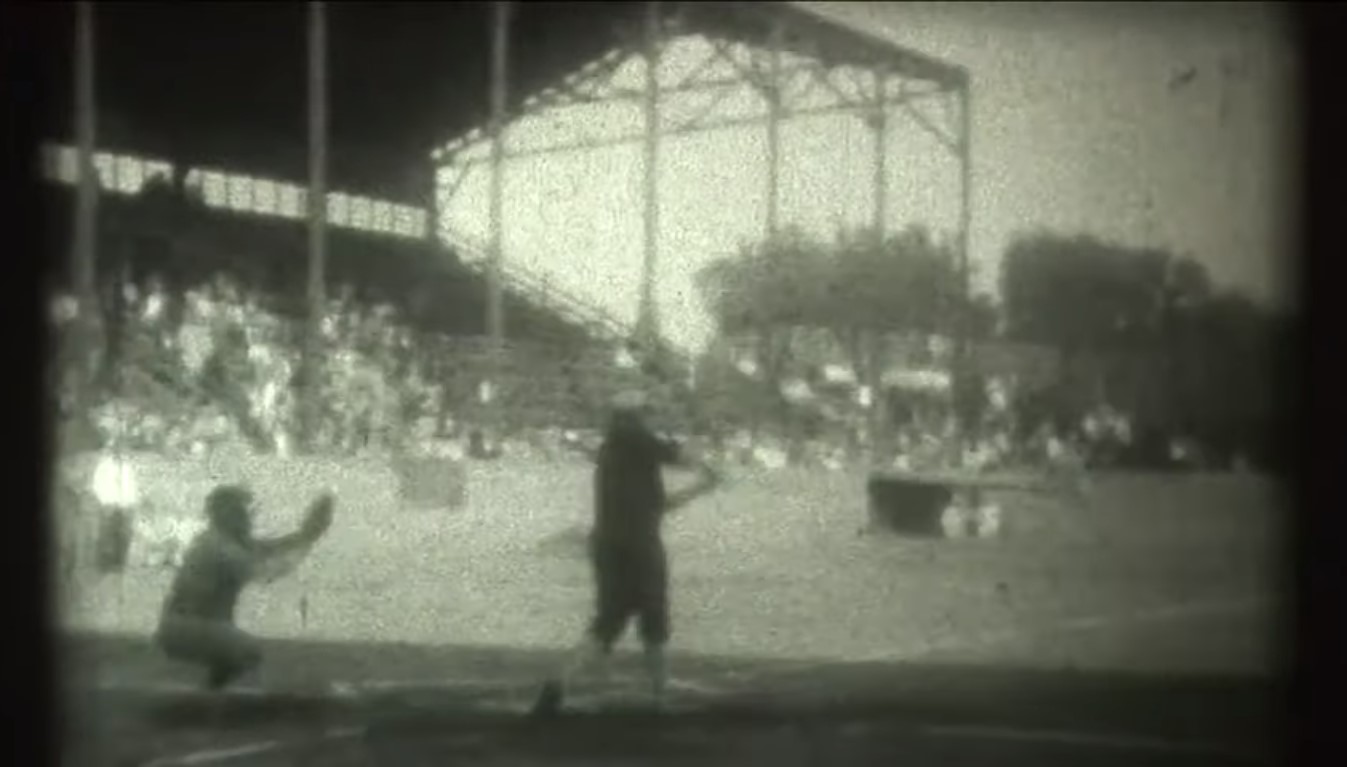 So, when he found an old card in a shop he could barely contain his excitement. Over the years he had seen his fair share of baseball cards and had developed a keen eye for originals.

Knowledgeable and educated about his hobby of choice, he spotted something that everyone assumed to be a fake, but he was convinced otherwise. 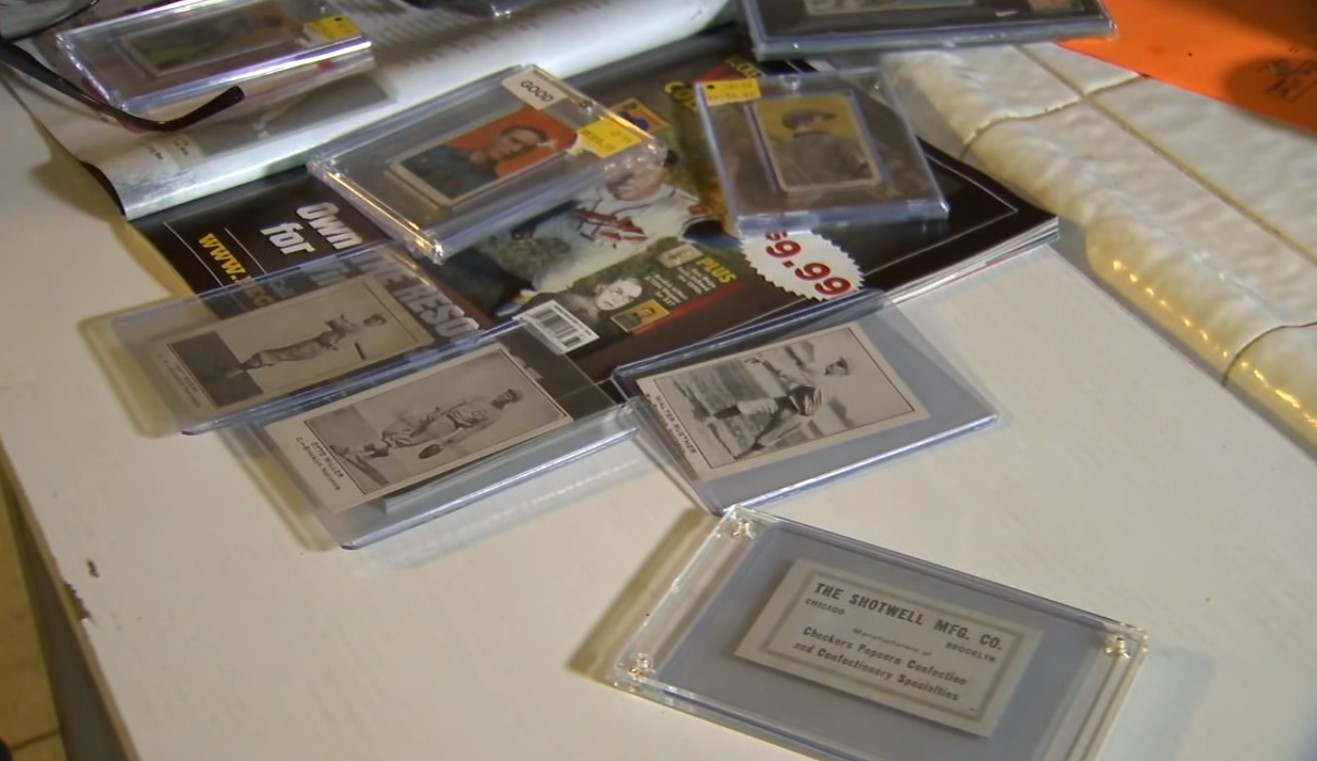 Dale Ball from Visalia, California had been collecting baseball cards from a young age. He’d been fascinated with everything baseball but by far his favorite part was collecting every card he could find, and over the years he amassed a great collection.

He was also pretty confident he could spot a fake a mile away, but soon his keen eye would be put to the test when he visited a collectibles store in Sparks, Nevada.

The Sultan Of Swat 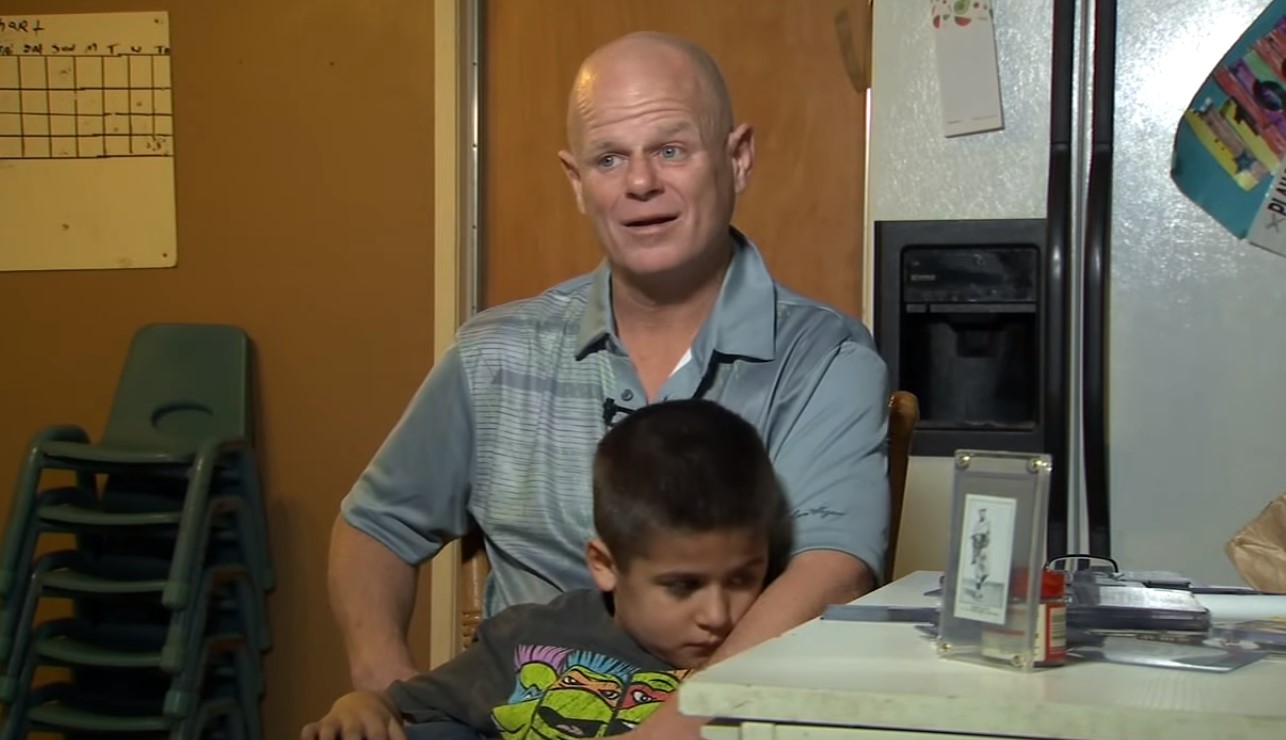 While browsing the card section of the store he came across a card of arguably the most famous baseball player of all time, the one and only Babe Ruth. The card was made by the Shotwell Company in 1921, but the most interesting thing about this card was its rarity.

The owner of the shop didn’t even believe the card was authentic and here’s why. 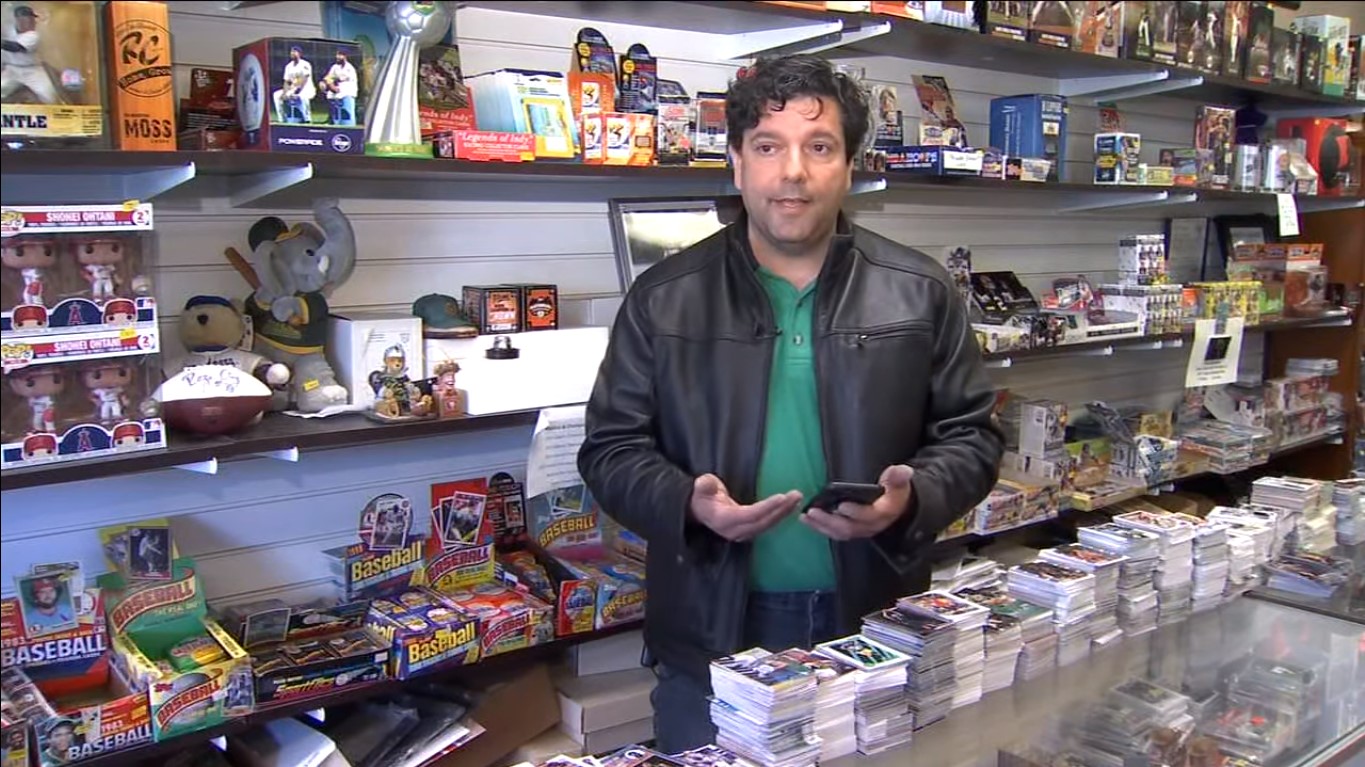 “I can’t find it anywhere on the Internet. I think it’s fake.” The owner of the shop divulged to Dale, and that’s when Dale had to act, he immediately purchased the card and you will be gobsmacked at the price that he bought it for.

A mere $2 is all he paid for a card that could change lives, simply because it was too good to be true–assumed to be a fake with no further thought on the matter. Dale immediately took the card home and set about getting it authenticated. A local shop owner of Bases Loaded Sports Cars &amp; Collectables said this: “Oh my gosh! It would be an amazing card. Looking at the condition on this card, it looks really nice.

A card from this era, a Babe Ruth, if you get it authenticated, gosh! $20-$30,000 dollars would not be out of the question. But Dale thinks otherwise. 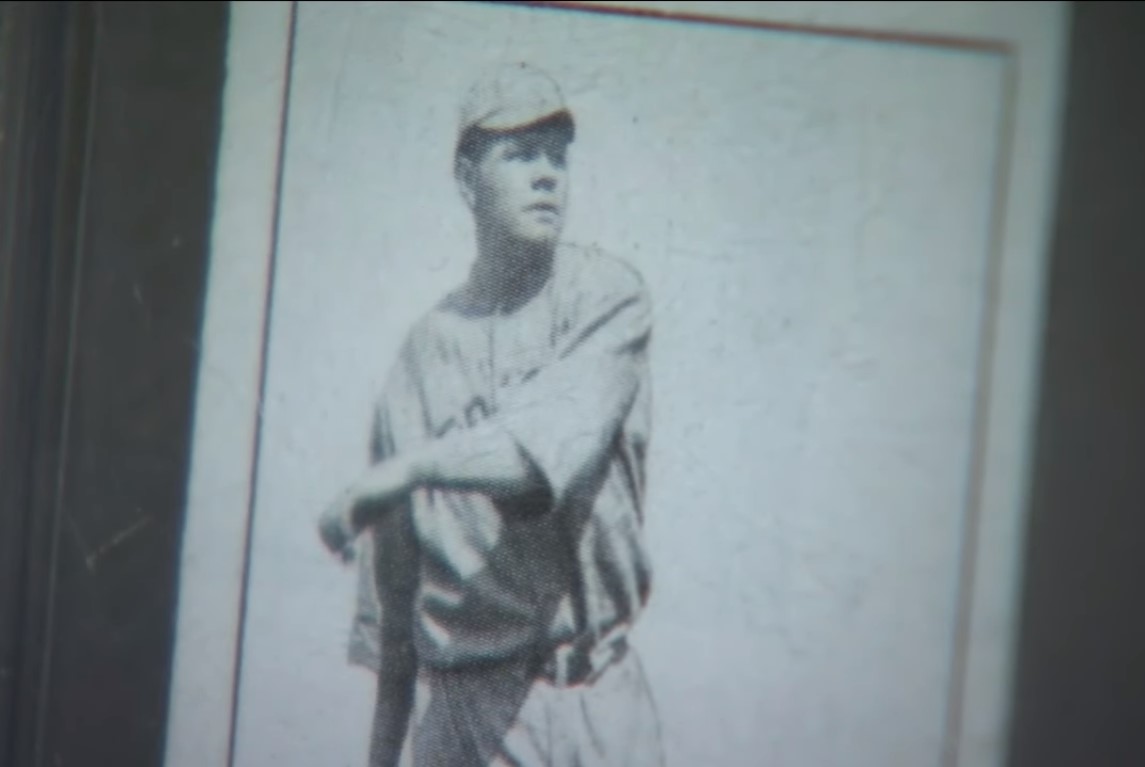 Dale believed that the price estimated is for the E-21 card, the card that Dale had found he believed was, in fact, the Shotwell W-575-1 Babe Ruth card–the one everybody’s looking for–and it could be worth millions.

First, though it needs to go to The Beckett Company to be professionally graded. Only then will he get a ballpark figure for the card. It is worth millions! Upon getting the card back from The Beckett Company, Dale was informed that it truly was the “Rarest Ruth”.

“God blessed me, and I intend to bless the guy that I got it from,” Dale says “I will go back to the store when it’s all over to give him a proper payment.” And if that’s the case, Dale adds, “I told him [Chris] my family’s welfare depends on it. Bidding starts at $2 million.” 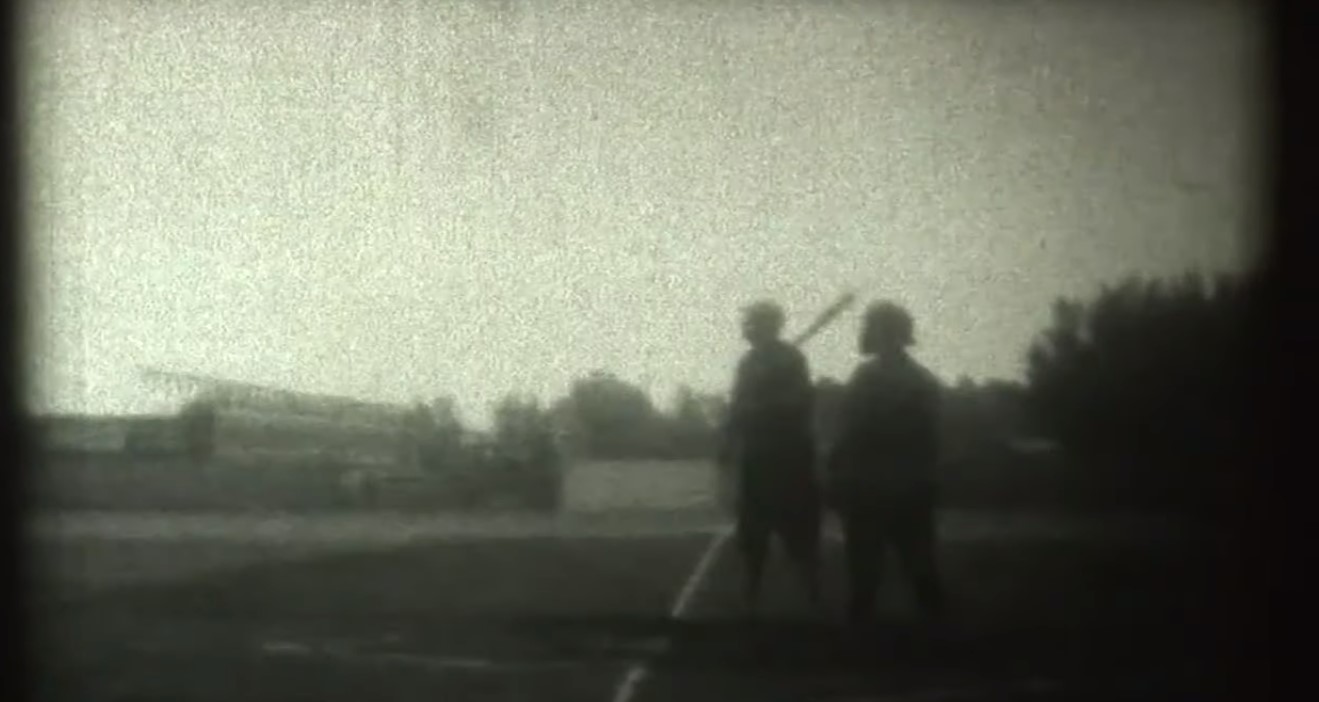 But suddenly Dale is quite happy to hold on to the rare Ruth card, perhaps he plans on keeping the card for his son’s growing baseball card collection. It would be quite the collection indeed since Dale himself has been collecting since he was a kid.

It must be pretty difficult to sell something he has been passionate about for so long for something as common as money. 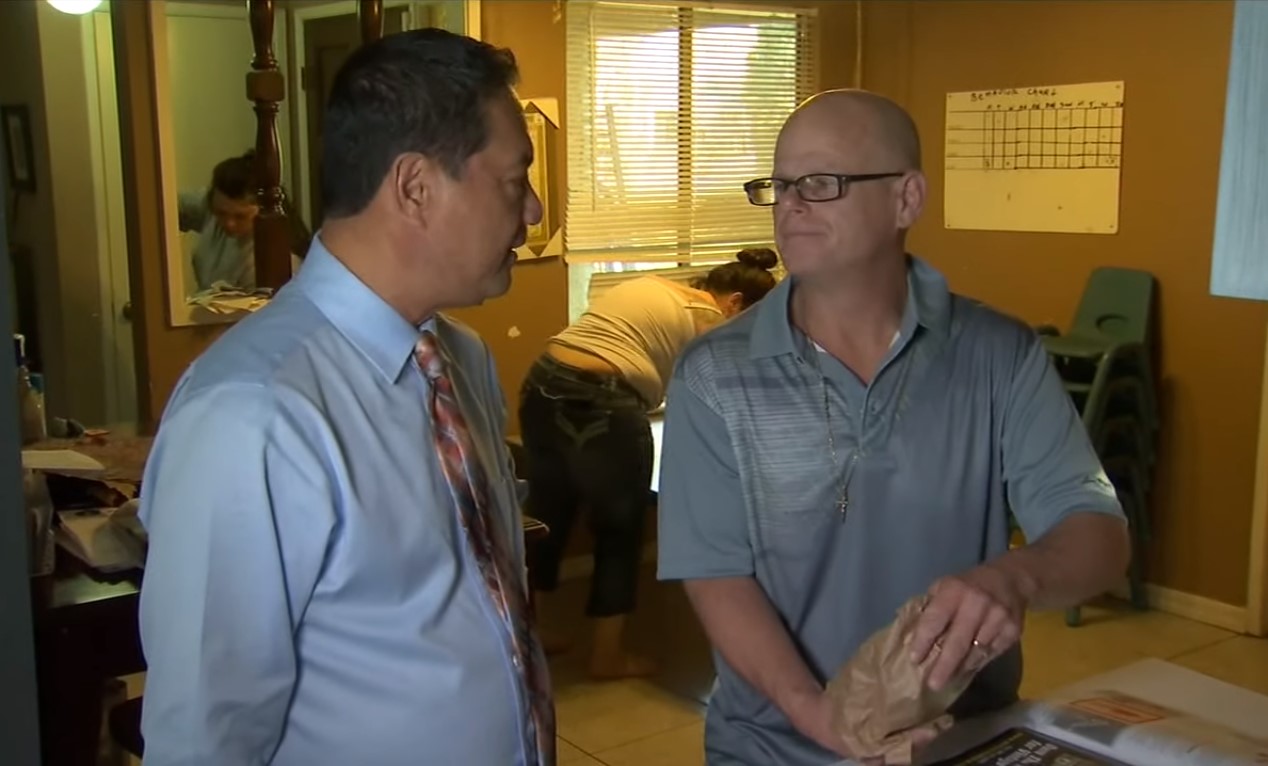 …A lot of money that is. Dale has already turned to three separate multi-million dollar offers to purchase the card from him and he has refused to sell it or give any kind of inclination as to what his future plans for the card will be. And for some of us, that is quite surprising.

Given the same circumstances, you would have flogged that card to the first big offer. There is something else going on here.

We have to ask ourselves, just what is it that drives people to collect things in the first place, and just what exactly constitutes a collection anyway?

A true collector has an emotional connection that renders both time and money worthless in comparison to the sheer pleasure that comes from owning these objects. And what is even better than owning a treasure?

Thrill Of The Chase 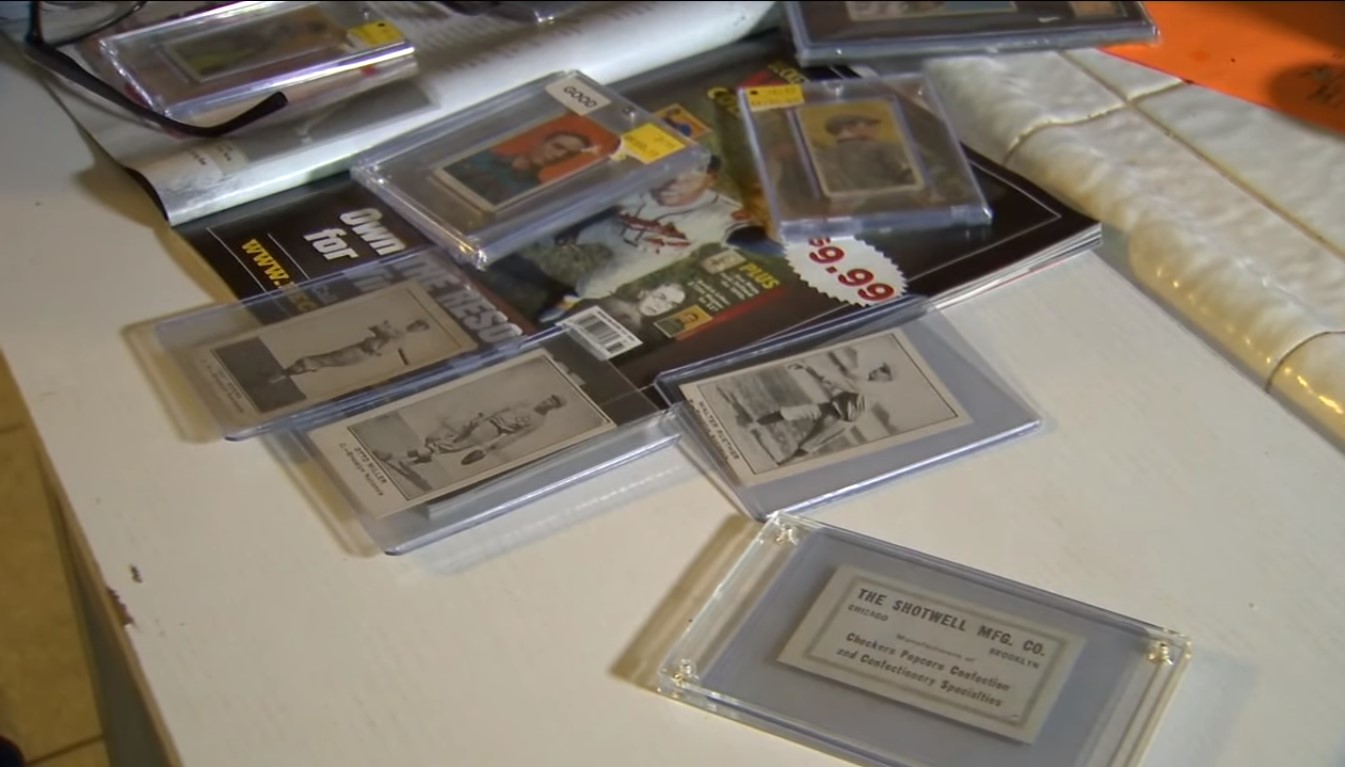 The thrill of the chase is by far the biggest motivator in this kind of exercise. What may start as a hobby or interest is compounded by the discovery of a new item, and as the collection grows the sensation and excitement grow exponentially.

This leads collectors to find more rare or obscure pieces, just like the Ruth card. 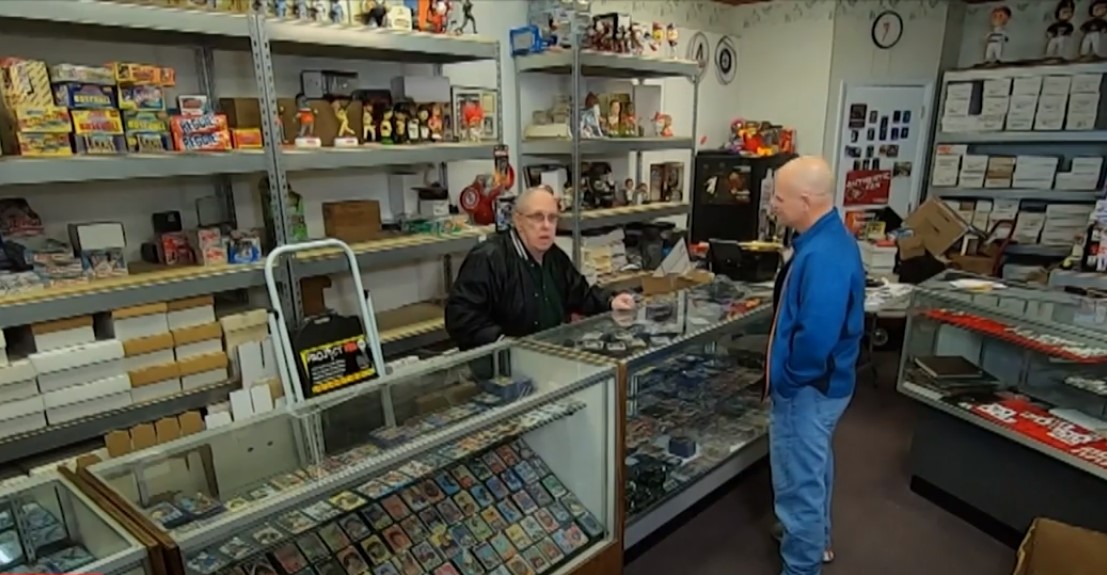 While it might not make sense to the rest of us to have three of essentially the same card, a collector will dig deep to find, say, all the colors of a card, record, plate or stamp.

Somehow it isn’t money wasted on the same object, but rather an emotional connection to the game, band or idea. 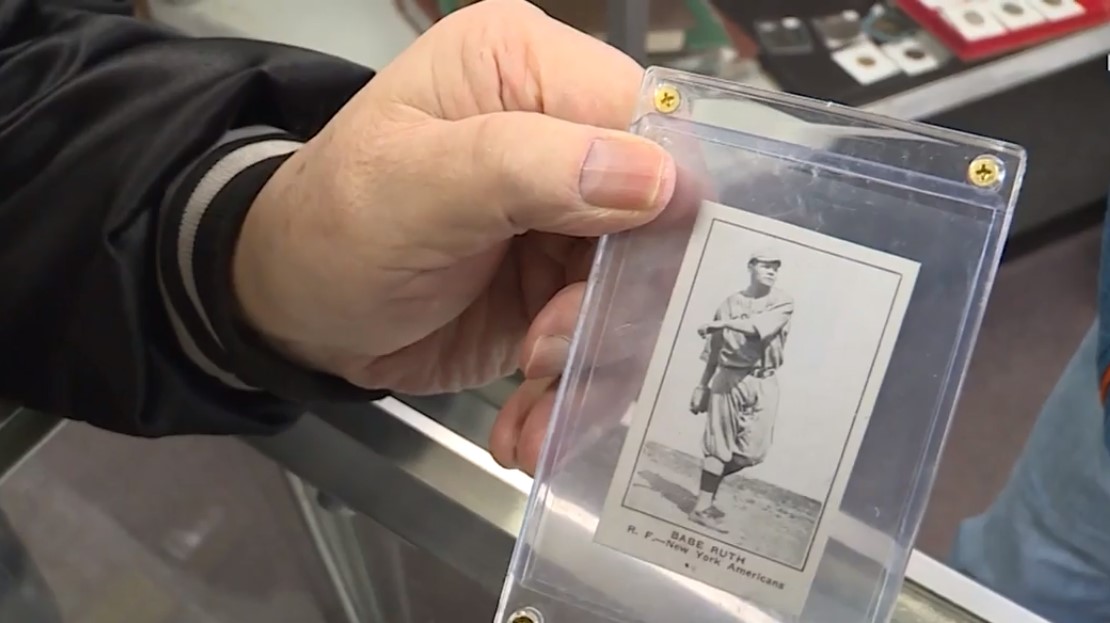 So why wasn’t this card found on the internet? The store owner himself admitted to not being able to find head nor tail of it online. Well, his theory was that it was a fake, but there is another theory.

The internet is both a blessing and a curse to collectors – yes you could find pretty much anything on the web, but it takes away from the entire experience of stumbling across a treasure.

In fact, a lot of collectors don’t even want to finish their collection at all. After years and years of time, effort and money could you imagine suddenly finishing your long term hobby? What on earth would you do?

So a lot of collectors will only look for items in person, going to shops and stores where they might have luck. 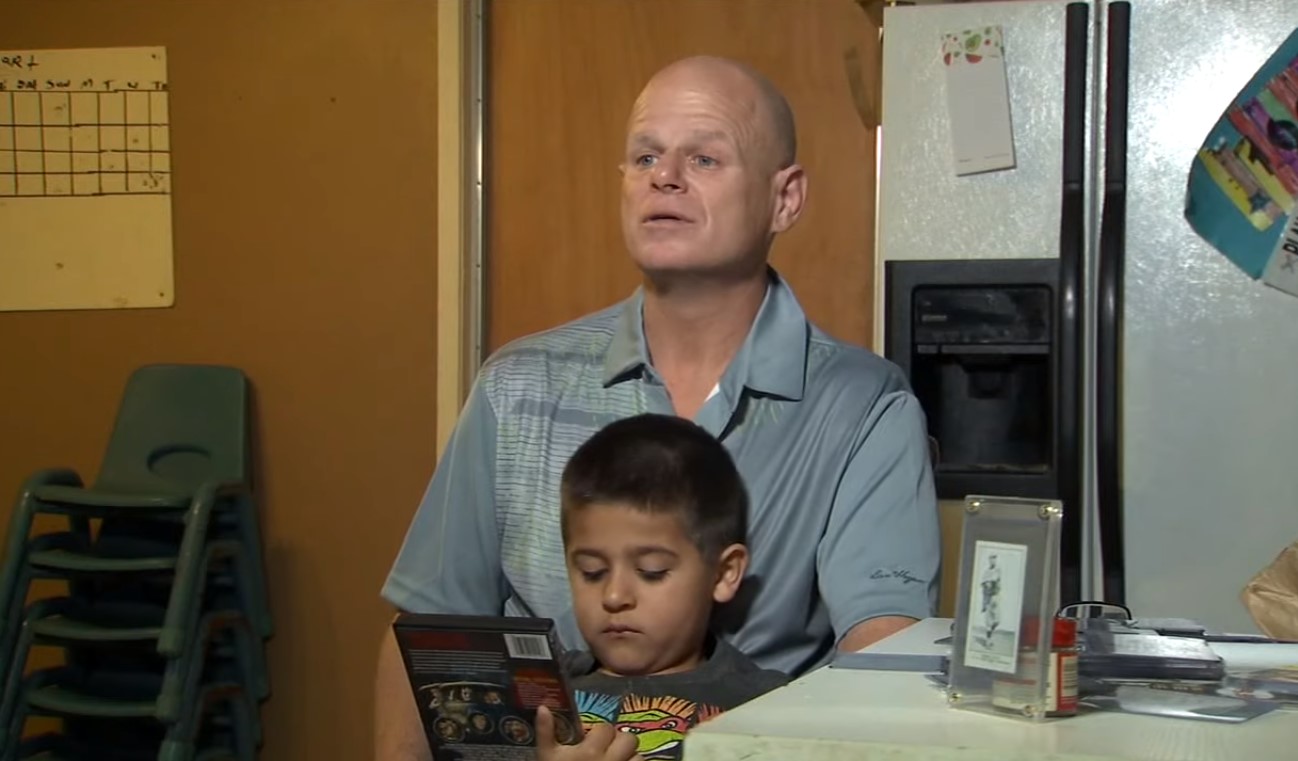 Of course, there is also the nostalgic explanation too. It may just be after collecting baseball cards for a score of years. Children are known to go through phases and some people never get out of the habit, or they return to their childhood passions in later life.

It could be that these people allow their collection to act as a sort of safety net from the adult world. It is a way for them to temporarily let go of the burdens of their present lives and put themselves back in their younger self’s shoes. People will always be nostalgic for days gone by and this makes items that stopped being produced of greater emotional value for some, and in rare case actually more valuable in a monetary sense too, but it is rare these days.

Any Reason Will Do 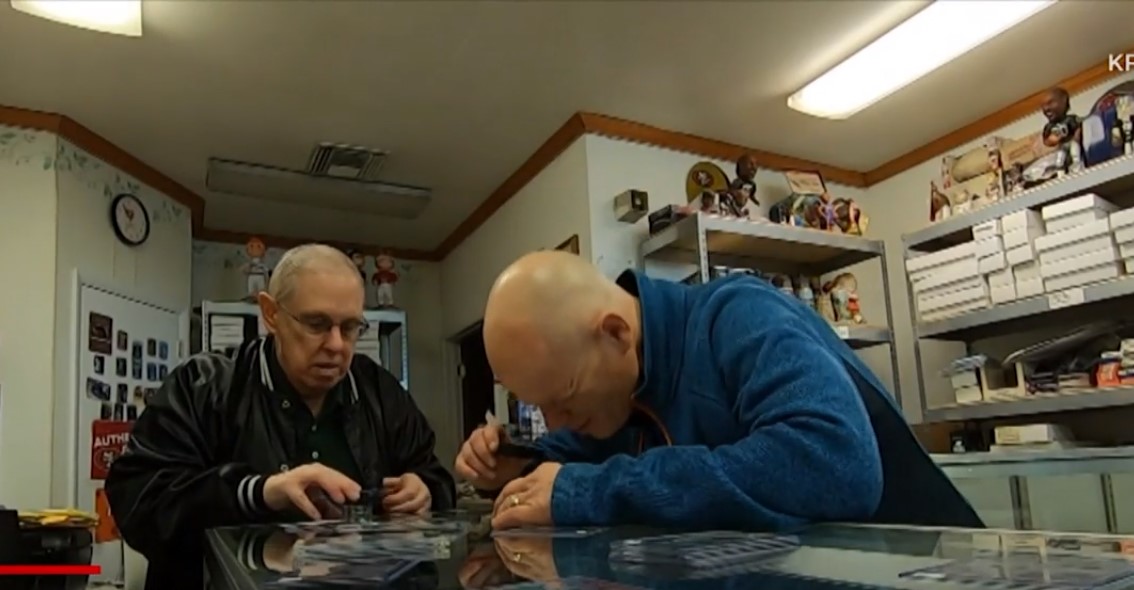 Whatever Dale’s reasons are for turning down three life-changing multi-million dollar offers for a small piece of card are his alone, but the world, and I’m sure the shop keeper, will be keeping an ear to the ground to see where the Rarest Ruth will end up.