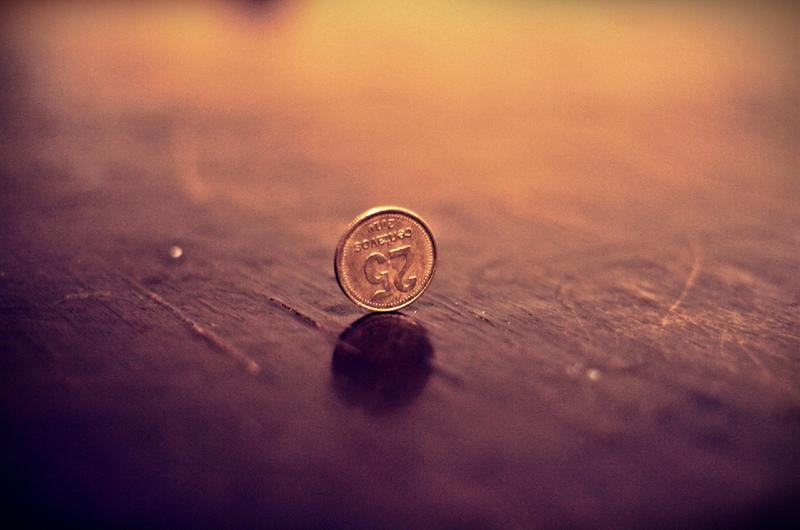 The trolley wheels squeaked as he walked into the bank. All eyes were on the man pulling the trolley behind him.

The woman behind the counter looked at him in disbelief. How many were in there? He had saved pennies for most of his life – a whole 45 years. He never knew just how much money he would make.

Otha Ander was a supervisor on the Jackson School Board and was passionate about his job. All of the kids love him and he was happy to look after them.

The 73-year-old had a family of his own. But his wife couldn’t help but question one habit that he had had for the last 45 years.

The hobby turned into an obsession that would consume a lot more of his free time than what his wife like.

Praying On A Penny

Otha Anders had been collecting pennies for more than 4 decades and had always put his faith in them as he was a religious man. And as he got older his connection to god only felt stronger for it.

It was actually his religion that started the penny collecting. He felt that every penny he found was a gift from God, but he had no idea that he would find many more gifts throughout his life.

Anders didn’t know that after he picked up his first penny, more would keep appearing through his love. This soon became an obsession until he started saving his own pennies for his hobby.

He also started making more and decisions that would give him more pennies. He always made sure that his change had pennies in it. This meant that he soon had more pennies than he knew what to do with.

Anders said, “I would never spend a penny, I would break a dollar before giving up a penny.” When the children he looked after figured out how important pennies were to him, they wanted to contribute.

“I never allowed anyone, not even my wife nor children, to give me pennies without being compensated.” And that he did, he paid them for the pennies they gave him.

Anders loved his pennies, they were his prized collection. He explained, “I wanted the inner satisfaction that God and I acquired this collection.”

“If I was at someone’s house and I found a penny, I would pick it up and I would keep it, I will always tell the person that if it was a quarter, I would give it back, but since it is a penny, I’m keeping it”

Anders kept his pennies in five-gallon plastic jugs. Soon his collection reached a full fifteen of them!

He probably would have kept his obsession up if he hadn’t figured out some when he had to renew his home affairs. He couldn’t believe it.

If Anders had it his way, he would have kept his collection and continued to pick up pennies for many years to come but life would throw him a curveball.
Since Anders could have collected a small fortune, he made it a point to have his collection covered under his house insurance, but when he renewed it, they turned him away. And they weren’t the only establishment to do so.

Anders’ new home insurance didn’t cover his penny collection, so he reluctantly decided it was time to visit the bank and cash in his most prized possession.
Anders had no idea how much money his collection would amount to. But as he speculated, he remembered reading about a coin collection that resulted in a fortune for the owner.

Although Anders’ collection contains mostly modern pennies, it’s crazy to think that if he held onto those coins long enough, they’d soon bring him a fortune as big as a million dollars!
That’s what happened to the owner of a 1943-S Lincoln Wheat penny. An error in the coin made it extremely valuable, and its value could only keep growing over time. But why?

It has long been said that time is the most valuable commodity. That’s especially true when it comes to coins – but – only certain kinds of coins.
Specifically, coins made of precious metals like gold, silver, platinum, palladium, and even copper fluctuate in value over time but generally become more valuable. The same with coins that hold an error. However, that’s not true for all coins…

Coins made of base metals, such as aluminum, have very little worth. Their worth is even less still if the government issuing the coins no longer exists.

But what about Anders’ coins? Which side of value did they fall under? Although Anders didn’t have time on his side, he did have volume. And with hundreds of thousands of coins, perhaps one had a valuable error…

To get the pennies to the Ruston Origina Bank in Ruston, LA, Anders needed help.He ended up getting a couple of his friends to help move the five-gallon jugs full of pennies into his truck and then into the bank. They were much heavier than you’d think, and not to mention, there were fifteen of them!

The bank employee’s looked at Anders rolling his containers in on dolly’s and stared at him in utter confusion. Their eyes popped as they took in the sight of the sheer amount of pennies.

Anders worried they would turn him away. He approached the questionable expression behind the desk and asked them to cash his pennies in. “How many?”, the woman asked.

Half A Million Pennies

Bank Vice President Jennie Cole told reporters that it was not a typical day at the bank when Anders rolled in with his collection of pennies on a dolly. “I’m not sure exactly”, Anders said. “I would guesstimate about 400-500,000 pennies?”.

The woman stared at him in shock. How would they be able to count all these pennies? But when they finally did, the amount Anders had saved all these years was incredible!

Anders sheepishly laughed with her before pleading to her again. “I know it’s a crazy amount but this is a dear collection of mine that I need to cash out. Believe me, if I had it my way, I’d keep these pennies forever”.The woman gave Anders a long look before calling her manager.

How would they be able to count all these pennies? But when they finally did, the actual amount Anders had saved all these years was incredible!

When the manager walked out to see who was causing all the ruckus, his face lit up at the sight of Anders. As it turns out, he knew Anders quite well…

Anders was a longtime, loyal customer who never gave them any problems so immediately knew they wanted to help him. “We value his business, as we do all of our customers,” she said. “But if we can help Anders with his endeavors, we are happy to do so.”

Anders and his friends hauled in the containers one by one. Employees gathered to see the first five-gallon container being counted. It was by far the most exciting thing that had happened at the bank in a while!

Anders saved up an incredible $5,136.14 through collecting pennies for 45 years.
For anyone who’s trying to work it out, that’s $114.14 a year, Anders was able to collect by picking up dirty old pennies left forgotten on the side of a street. But what was he going to do with his saved money?

After 45 years of saving, Anders was able to put the money to good use and spend it on a dental bill that had just been issued to him.

His quirky hobby turned out to be a brilliant reminder of how much little things matter. Who would have thought a penny a day could someday bring you $5k!

It seems like Anders’ steady patience and consistent well-wishing has paid off for him. The extra bonus of income came just in time for him to pay a medical bill.

It is said that the world works in mysterious ways, and for Otha Anders and the result of his penny collection, that motto is certainly true !