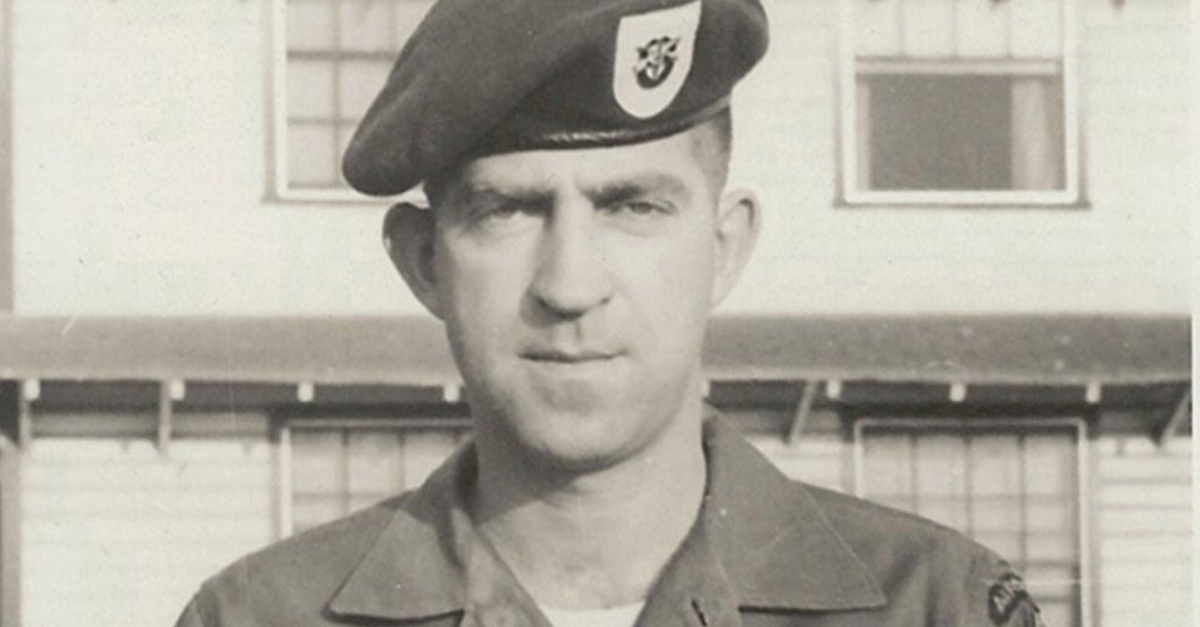 The man claimed that he’d been living in the Vietnam jungle for 45 years, but they knew that there just had to be more to his story.

It had taken five long years to prove it, but when the investigators finally got the DNA test results back they learned that something was very, very wrong.

When former soldier Tom Faunce’s missionary work took him to Southeast Asia, he had no idea that he was about to make a discovery that would change his life.

While he was stationed there, he heard whispers of a man who had fought in the Vietnam war and had been living in the Vietnam jungle for the last 33 years. He knew he had to meet the man for himself.

The man that Faunce set out to find was Sgt. John Robinson, an American Green Beret who was thought to have perished in the war on May 28, 1976.

Only, 30 years after the war, rumors began to circulate that this soldier was, in fact, still alive. He had been captured by North Vietnamese forces and had no way of getting home.

Faunce managed to locate the mysterious man and immediately wanted to know how he had stayed alive for all this time.

Robinson revealed that he had eventually escaped the torture of his captors and had been taken in and cared for by a local woman – who he later married. Robinson began a new life in Vietnam and even started a family. But there was something odd about his story.

He Spoke No English

Robinson couldn’t speak or understand English – only Vietnamese. His explanation was that he had forgotten his mother tongue as a result of the trauma he experienced during the war.

But, Faunce wanted to know: just how had the man managed to go undetected for more than three decades? Surely someone would have reached out to him by now?

John Hartley Robinson was born in Birmingham, Alabama, on October 25, 1937. As a child who had grown up during the war, he decided to leave school and join the army at the tender age of 17.

He rose through the ranks quickly and was asked to become part of the Military Assistance Command, Vietnam – Studies and Observation Group. Before he went to fight in the Vietnam war, he got married and had two children.

He Had To Be Secretive

Because Robinson was part of a military unit that was controlled by the CIA, he didn’t carry dog tags or any other form of identification.

And, although his unit was not supposed to be in Laos, the helicopter that was carrying him was taken down by enemy fire as they passed over the country. The helicopter burst into flames and crashed, and all the soldiers it was carrying were declared MIA. However, Robinson was only declared deceased eight years later.

When Faunce heard rumors that Robinson could still be alive, he contacted Michael Jorgensen – a Canadian filmmaker who would accompany Faunce and document the army veteran’s incredible story and share it with the world.

The documentary film, “Unclaimed”, took five long years to make. But soon, the pair would realize that they were actually making another film altogether.

After all the years it took to find him, Faunce and Jorgensen were finally sitting face-to-face with Sgt. John Robinson. He was ready and willing to tell them his tale. But then, Robinson’s wife entered the room, screaming.

“He’s not American! He’s Vietnamese!” she yelled in her native language. But what did she mean by that?

Faunce and Jorgensen thought the woman’s admission was because she was frightened for Robinson. After all, she had to lie for so many years to protect the soldier’s identity.

So, they continued the interview. Robinson told them about his time in the war for hours while the camera rolled. He told them it was a miracle that he had survived the helicopter crash. But Faunce noticed another suspicious detail.

The Stories Didn’t Line Up

Faunce realized that Robinson was telling a different story to the one he had heard previously, but he still pressed on. Just because the rumors were different, should he question the man who had actually lived through it all?

But, while he was listening, he hatched a plan to get the truth. After all, Robinson had a sister living in America.

Faunce arranged a reunion between Robinson and his sister, Jean. She confirmed that he was indeed her brother and was not fazed by the fact that he now only spoke and understood Vietnamese.

After all, Robinson didn’t identify with his old identity anymore because he’d been a Vietnam local for more than three decades. In fact, he now went under the name Dang Tan Ngoc. But Faunce was growing more suspicious by the day.

Faunce insisted that Robinson took a DNA test to prove his identity before he arranged the reunion. After Robinson met with his sister, the results came back – coincidentally on the same day that their documentary was released.

And the Defense Prisoner of War Missing Personnel Office had another story to tell. They made a statement that left everyone floored.

The Defense Prisoner of War Missing Personnel Office said that the fingerprints of the man claiming to be Sgt. John Robertson didn’t match the ones that the U.S. Embassy in Cambodia had on file.

In fact, they had investigated the matter in 2006. The man wasn’t an American soldier at all – he was a French-Vietnamese man who had taken them all for fools.

Despite the entire documentary being based on a lie that Dang Tan Ngoc had perpetuated, Faunce still tried to take something positive away from the experience.

He considers the film to be a tribute to missing soldiers and a testament to his unwillingness to leave any man behind. The true whereabouts of John Hartley Robertson remain unknown.