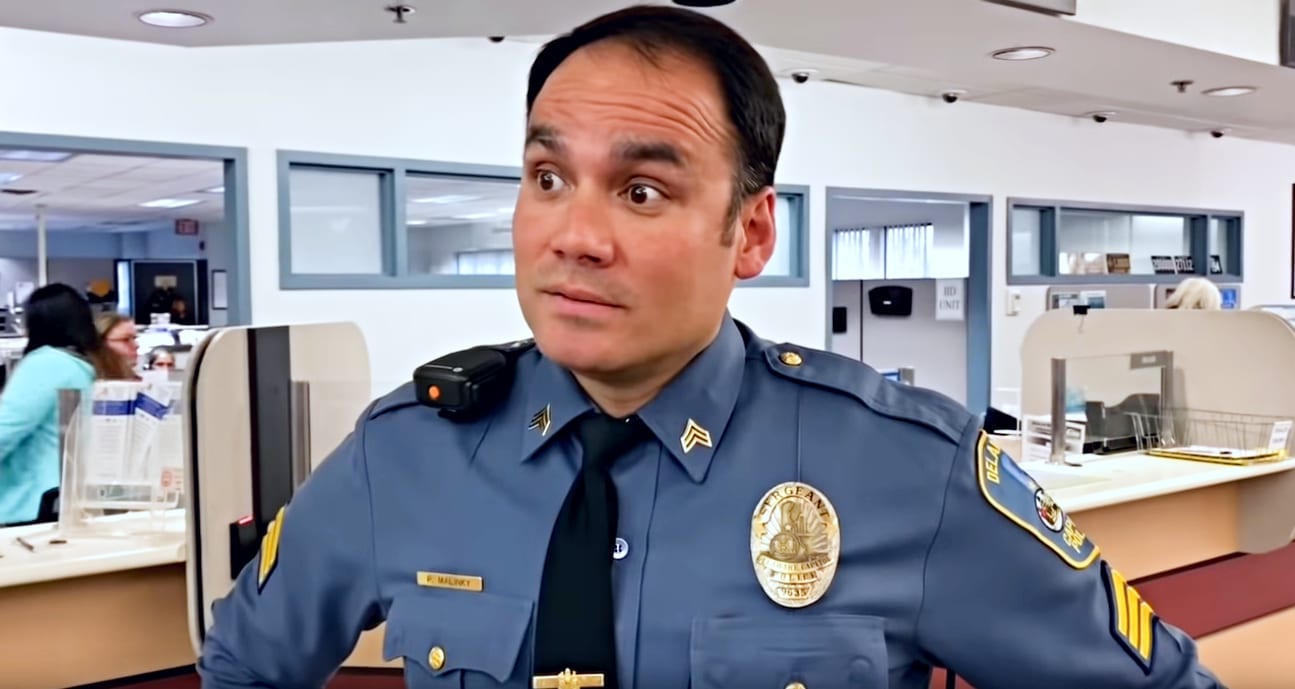 The cop stared at the man, dumbfounded. How could this possibly be him? He died in a freak accident in 1989. As the suspect laid out his story with more and more outlandish claims including drug kingpins, the officer simply wasn’t buying it.

But he had no idea he was about to solve a mystery that no other law enforcement agency had been able to for 20 years.

In September of 1989, Bennie Harden Wint and fiancée Patricia Hollingsworth were on the road from South Carolina to Daytona Beach. During the car journey, they discussed the renovation work that Bennie promised to finish on their return and even talked about eloping during that very trip.

But Patricia wasn’t prepared for the pain that was about to tear her world apart.

The lifeguard jumped when the frantic woman started screaming. He had been watching the water like a hawk, so he had no idea what could have happened. Patricia insisted her fiancé had gone under and didn’t come back up. He swam out past the breakers and disappeared.

Rescuers searched desperately for days as Patricia felt powerless at home. But they were looking in the wrong place.

Beach Patrol officer Scott Petersohn had been working on that fateful day. “Even back then, it struck everybody as odd that we didn’t recover the victim,” he said. “That almost never happens.”

Drowning victims usually wash up on the beach with the tide sooner or later. But in Bennie’s case, it would be very much later.

Years passed, and Patricia had given up hope. Some people had suggested that Bennie had gotten cold feet about the wedding. Cops had interrogated her about his financial situation, drawing parallels with famous cases of hedge-fund managers who “disappeared.” Bennie didn’t have any money – plus he had a four-year-old daughter from a previous marriage.

What they didn’t know was that as the search for Bennie was winding down, someone else was hunting him.

Patricia sighed as she gazed at her engagement ring years after Bennie had vanished. Whenever she did this, she would always hear noises in the house and a flash of hope that Bennie had returned would quickly leave her feeling empty again. Even if he’d just snuck in through the basement to get a few things, she would have liked to catch him in the act so she could ask him “why.”

But Bennie never materialized. He had truly been consumed by the sea that day. In fact, the idea that he might still be alive wouldn’t even come up in conversation again for another decade – and under very tragic circumstances.

Bennie’s daughter Cristi was convinced her father was still alive after hearing reports of him being spotted in Florida and later in South Carolina where his family is from. When Bennie’s mother fell sick, Cristi posted on a website that reunites families and friends pleading for him to be there for her final moments.

“Doctors say she should have been dead a year ago, but they say she’s holding on to one thing,” Cristi wrote.

Cristi believed her grandmother was waiting for Bennie to return. But while she had faith that the announcement would lead to a tearful reunion with her long-lost dad, hopes of Bennie’s survival were again dashed.

Then, 20 years after her father mysteriously disappeared, Cristi received a phone call that dropped her to her knees.

A few days before the phone call, North Carolina’s Sgt. Stacy Wyatt had pulled over a car with a broken license plate light.

The officer booked the driver for not having a license and giving a fake name when “William James Sweet” didn’t come up on the system. He booked him under “John Doe” and took him in for questioning, but the man’s story was just too crazy to be true.

“John Doe” laid everything on the table. He explained that he was actually Bennie Harden Wint and that he had faked his own death and fled to Alabama where he’d been living under an alias with a new wife for 20 years.

Wyatt wasn’t buying his story for a second. But then the tale took a turn that Hollywood producers wouldn’t find believable if they read it in a screenplay.

It turns out the story was 100% true. “It was kind of like a movie,” Wyatt recalled of the far-fetched confession. Bennie claimed he had gotten into trouble with a South Carolina drug ring and believed he was a wanted man. “He told me he swam to the shore in knee-deep water, walked off and never looked back.”

Upon further investigation, the police officer found no such history of Bennie being wanted for a crime that serious. Then he discovered the real reason he was running.

“It was merely paranoia,” Wyatt said. “He was running because of the prior life he lived.” Bennie never reunited with his former family and refuses to be interviewed on the subject of his disappearance, preferring to “live in my seclusion forever.” Bennie’s property is heavily secured with prominent “no trespassing” signs.

But Shouldn’t Bennie at least face charges for faking his own death?