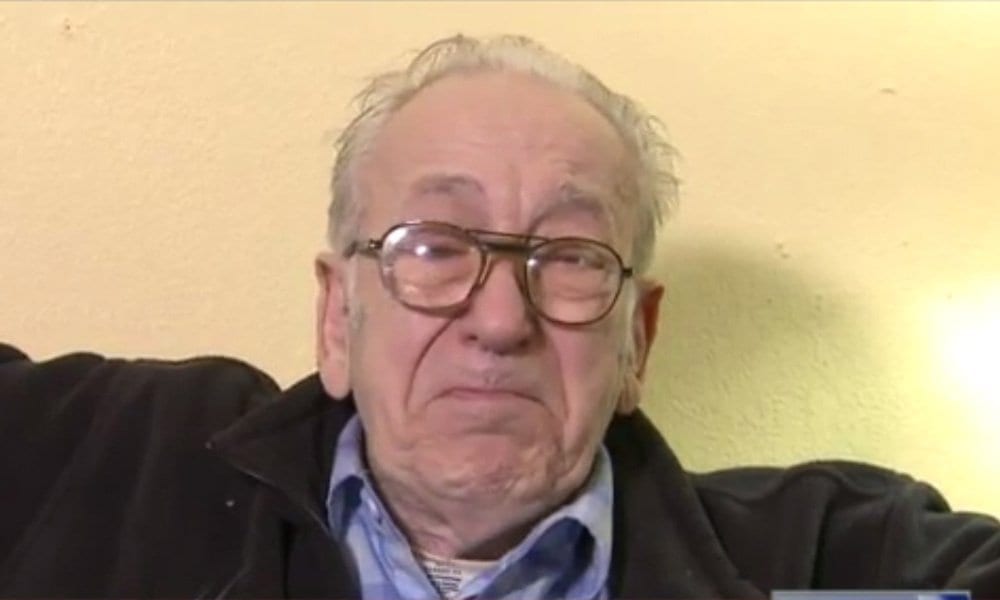 It is never easy losing a loved one under any circumstances. After losing his wife, Tony Trapani was faced with the task of going through his wife’s effects and clearing out her filing cabinet. That was when he came across a letter from 1959.

Tony read the letter and broke down.

When Tony read the letter, he couldn’t believe the words that his wife had written on that page back in 1959. In that letter, Tony made a discovery that he would never have believed possible before reading it.

For more than five decades his wife had kept a secret from him.

During their marriage, Tony and his wife had only ever wanted to have one thing, children. However, this was sadly not possible as his wife could not conceive. This discovery left them heartbroken.

As a result, the couple remained childless. ‘

Message From The Past

The postmark on the letter was from March 1959, and the letter had been to him. Tony was curious as he had never seen the letter before in his life. Tony carefully opened it and his eyes darted back and forth across the page.

He sat in silence as he read the secret she had kept from him.

The letter read: “Dear Tony, I bet you are surprised to hear from me after so many years. I was just thinking about you tonight like so many other nights. But I thought I would write you and find out how you are.”

The message wasn’t from his wife but from a girl he had dated before he married his wife.

The following paragraph turned his world upside down as he read his ex-girlfriend’s words, “Tony, please don’t be angry or surprised to hear this. I have a little boy. He is five years old now – gray eyes and beautiful black hair. What I am trying to say, Tony, is he is your son.”

The letter ended, “Please, Tony, if you can find it in your heart to forgive me, please come and see him. Every day he asks me where is his daddy and believe me, Tony, I can’t even answer him anymore. I would be forever grateful to you if you would just see him. I’ll close now, hoping and praying you will answer.”

Tony and his family all believe that his wife had found the letter and read the contents. She had then decided to keep the truth from him and hid the letter behind the drawer. Now that he knew the truth, Tony set out to find the son he didn’t know he had.

However, Tony had no idea that there would be more revelations along the way.

The family started by searching for the name he had been given in the letter. His girlfriend, Shirley Childress had told Tony that her son was called Samuel Duane. Tony’s sister, Arlene Schulte, had an idea.

She began to search for connections to the child using Facebook.

Samuel Duane Childress, meanwhile, had grown up in Pennsylvania and had often spoken to his mom about his absent father. As he told Fox 17 in January 2015, “I always asked my mom… ‘Well, what does he look like?’

And Childress knew that his mom had written to Trapani, telling him that he was the father of her then five-year-old boy. However, she didn’t receive a reply to her plea to meet with him.

She therefore assumed that, although the letter had been delivered to its intended recipient, Trapani had rejected his son.

Indeed, the idea of ever meeting his father remained a distant hope throughout Childress’ youth. But that all changed when Trapani’s sister connected with her nephew’s wife on Facebook.

Soon, the long-lost father and son would meet for the very first time.

Childress, now 63, met Trapani for the first time on January 19, 2015. And, understandably, the meeting was an emotional one – not least because the son had believed that his dad had forever turned his back on him.

Childress would tell Fox 17 at that time, “Just to know him now is so important to me. It’s going to fill that void.”

For Trapani, meanwhile, it was the opportunity to bond with the child he and his wife had always longed for but could never produce. And the visibly emotional man told Fox 17, “He’s my full son that I’ve had my whole life, but why my wife hid that letter is beyond me.”