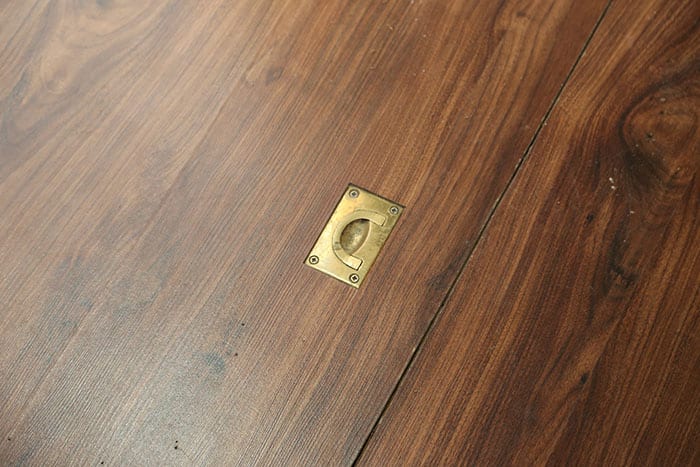 The tale starts with an innocent enough hatch handle on the floor, “This wasn’t in the lease,” he writes.

Just like any good scary movie protagonist, he decided to see what was hiding beneath the door. What he unveiled was something that would keep you up at night. 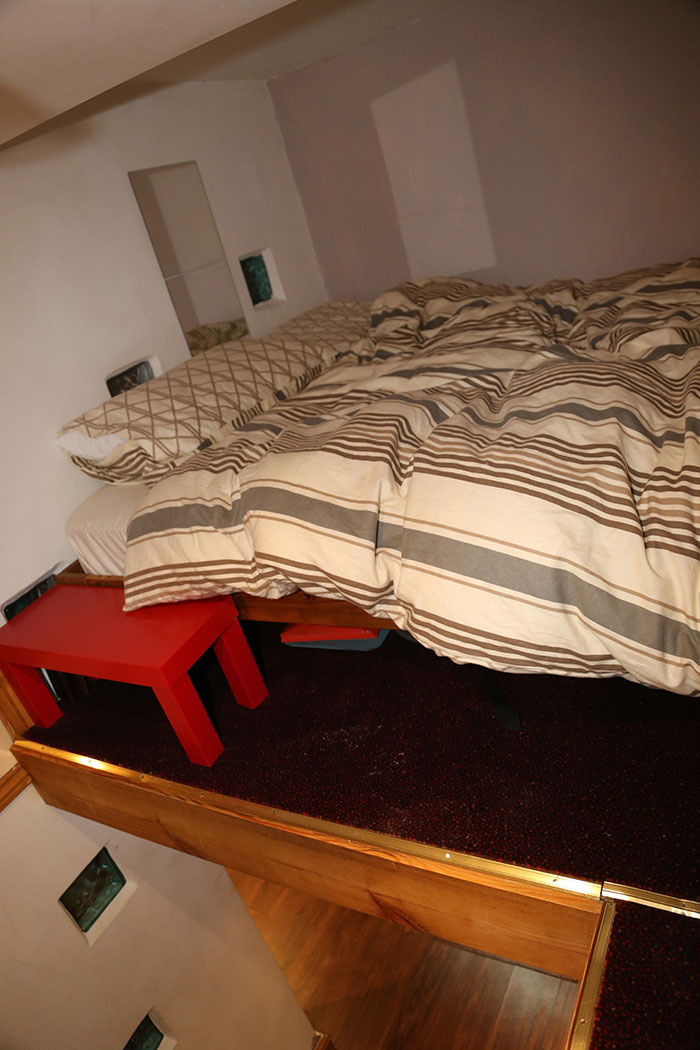 Well, Daniel Carley, originally from Ireland discovered something truly unnerving yet completely real. And it just happened to be in his own house. 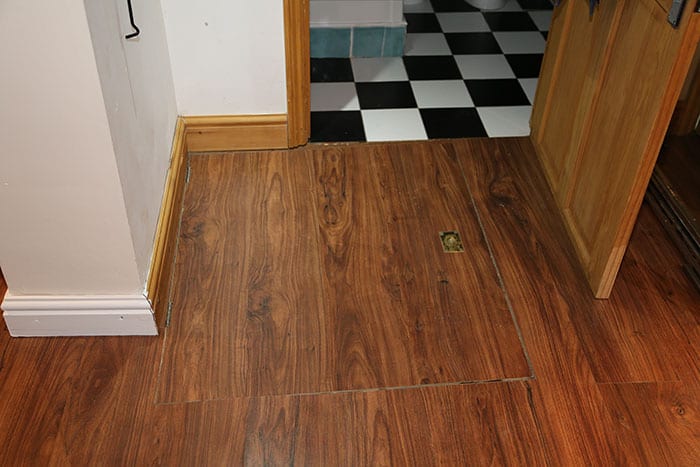 Daniel had just moved into a new apartment in England. It was an old building that dated back to the 19th century.

The thing was, that Daniel wasn’t aware of what exactly the apartment entailed when he signed the lease. 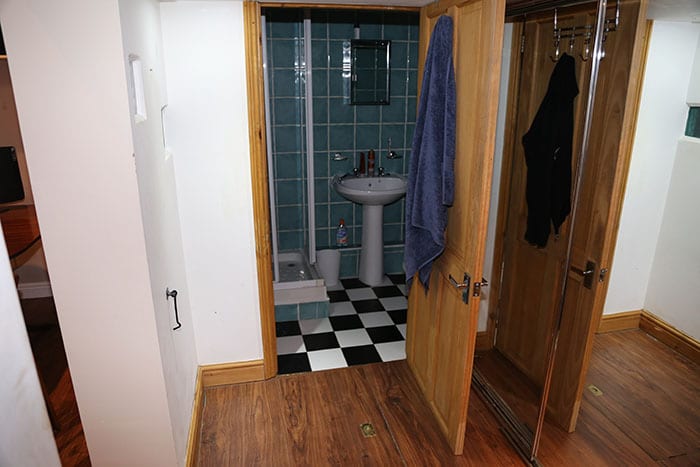 The complete layout, which he discovered, was hiding some pretty alarming features. He thought he’d gotten a pretty good deal. The kitchen and living room has high ceilings, typical of the times, it was, after all, a very old building.

A nice functional shower room… But as he was exploring his new living space he found something more. 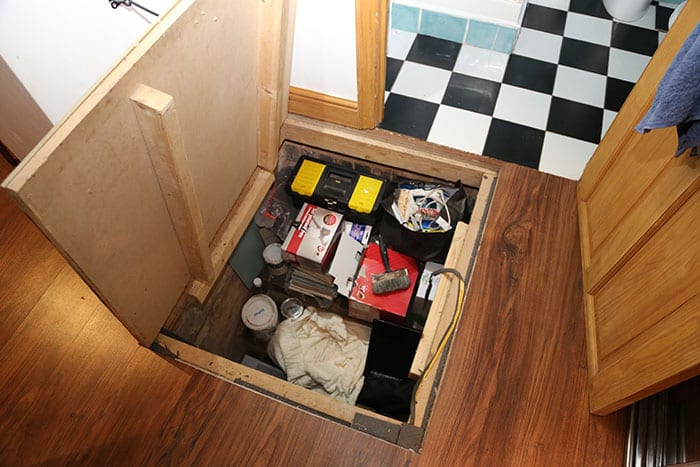 At first, it was a pretty standard and boring find, it looked like a hatch in the floor. “Oh, a bit of underfloor storage for some tools and old paint cans.

Pretty unexciting,” he wrote as he documented every aspect of the find. 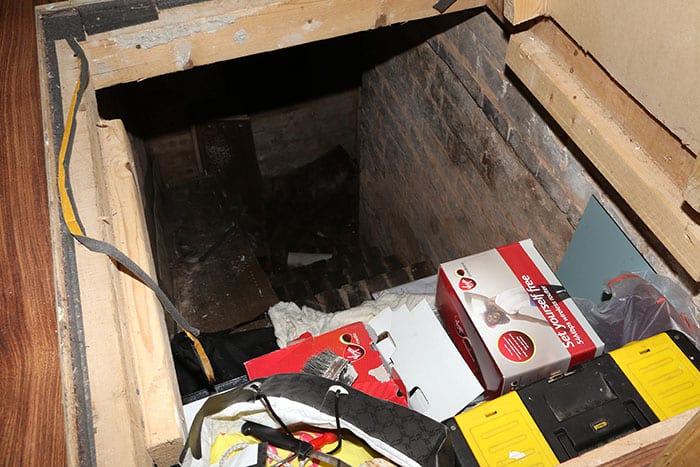 It was when he looked closer he saw something that he had no idea existed. Coming into focus as he turned his camera were steps leading further underground.

Despite his obvious fear, his curiosity got the better of him and he decided to go down. 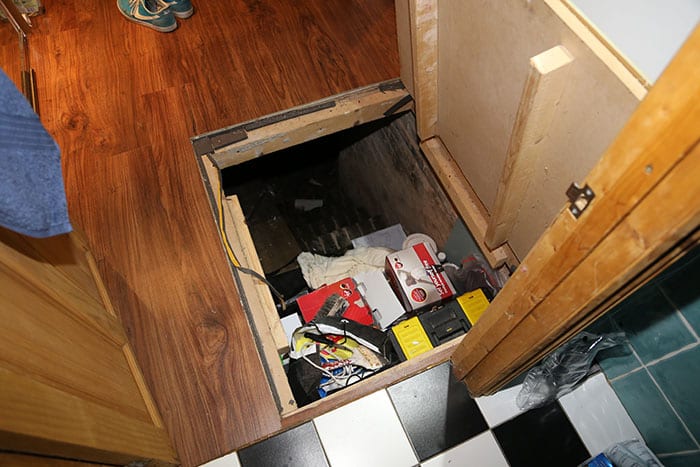 The next update he journaled of his journey reads: “Of course there couldn’t be a secret dungeon complex under my bog-standard studio I rented for small money.

That only happens in poorly-written movies, right?!” But hang on a second… 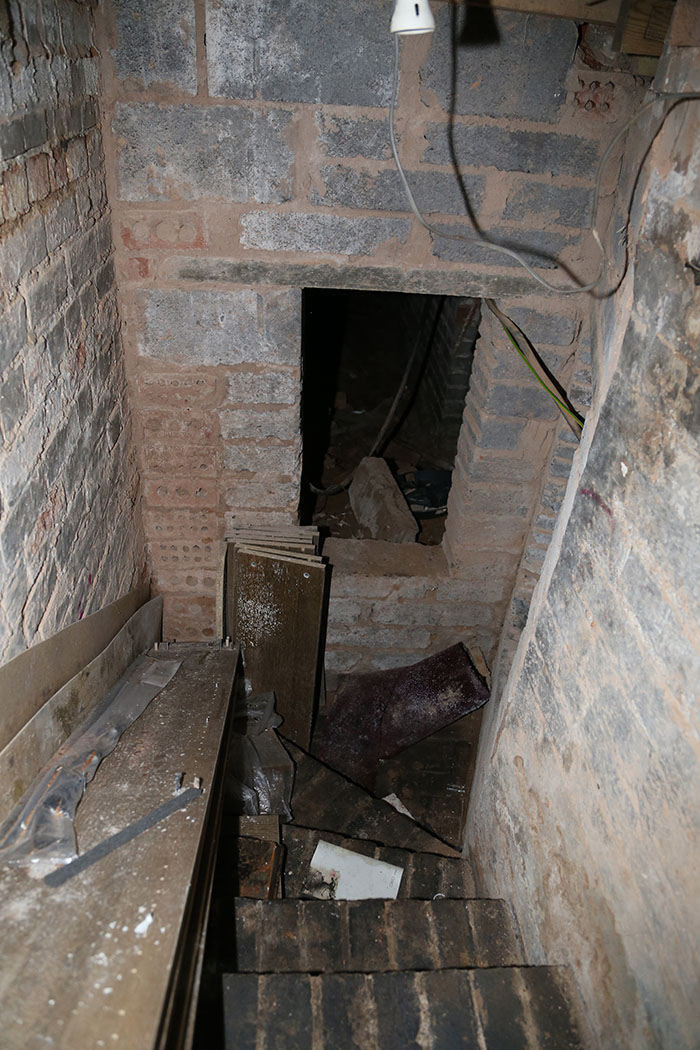 “This can’t be true, that’s definitely a staircase!” You can feel the excitement in his writing, “We have a dungeon.

We have a dungeon. At this point, I couldn’t believe my luck, and was completely freaked out since it was so unexpected.” 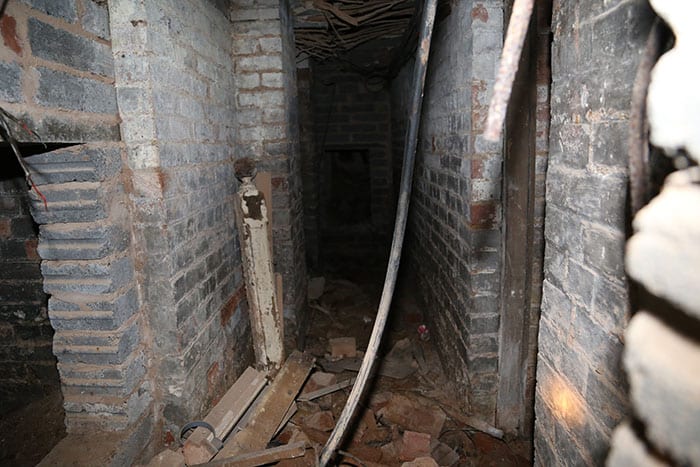 “I suspected the dungeon stretched beneath the entire building, so I sealed the hatch (with the bathroom door wedged over it) and awaited backup.”

Smart move, before venturing into the unknown. 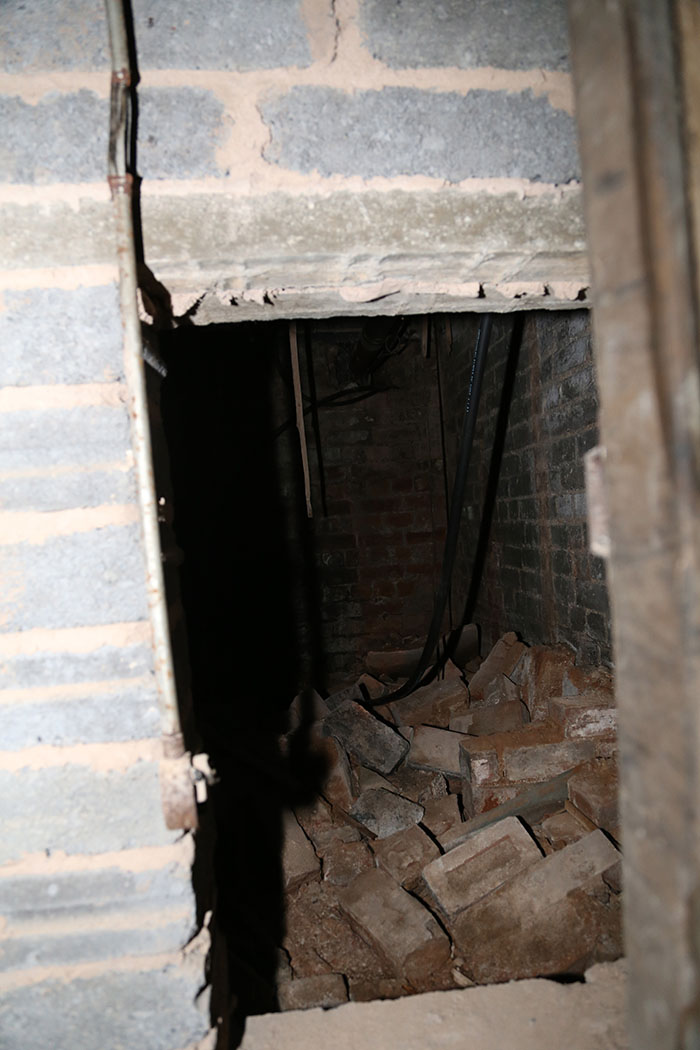 “Got a friend, and proceeded. There is a proper 19th-century layout of corridors and hatches beneath. To the right of the corridor, underneath the neighbor’s room.”

The space underneath was clearly a whole lot bigger than what Daniel knew above. 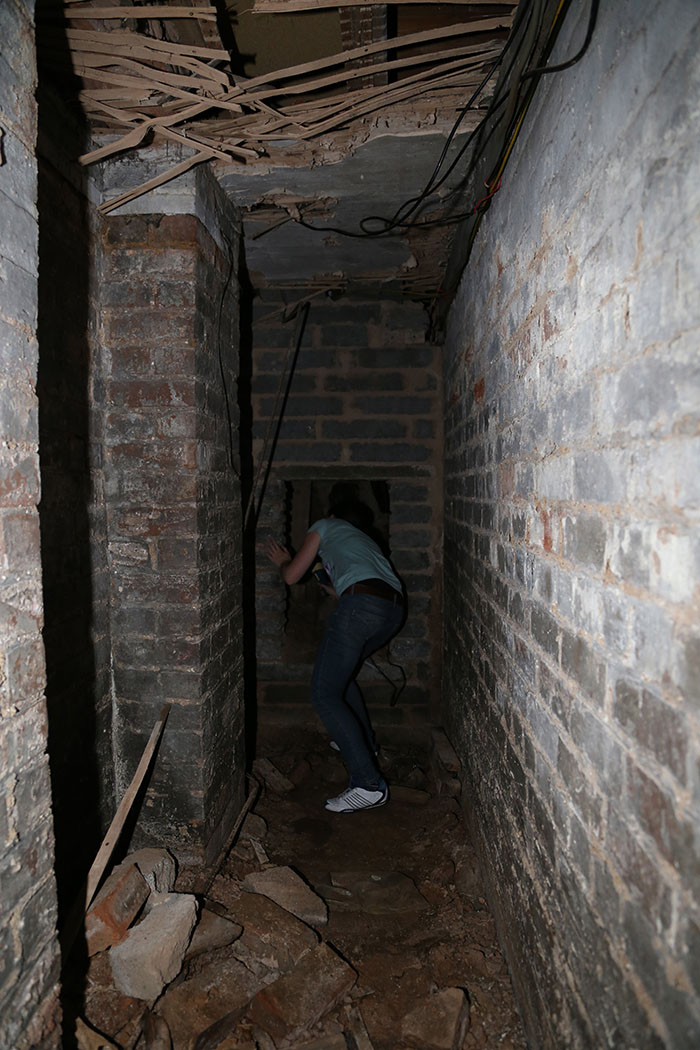 As the pair explored the keep metal the commentary rolling, “Friend examining the end of the corridor. It stretches further, she said,” and “But wait, what’s up there?

Only noticed this when reviewing the photos, could be a hidden space upstairs between apartments, or else an illusion caused by a collapsing ceiling. To be investigated… 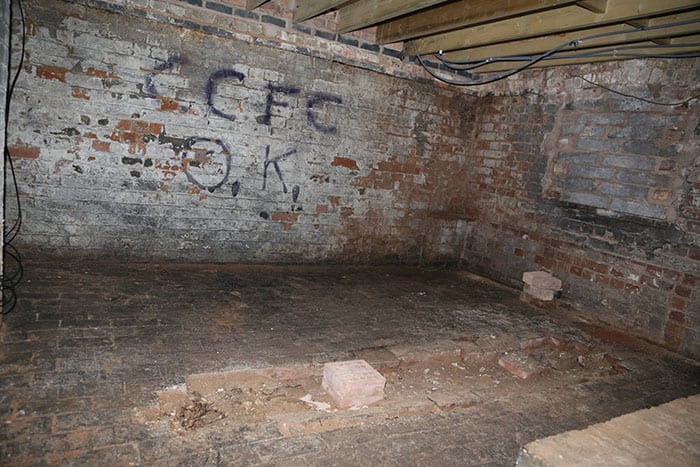 “This is on the left of the corridor. Beautiful vaulted ceiling. Didn’t get a good look through the hatch yet.”

He took photo after photo, including one of random graffiti showing that people have been here this decade. 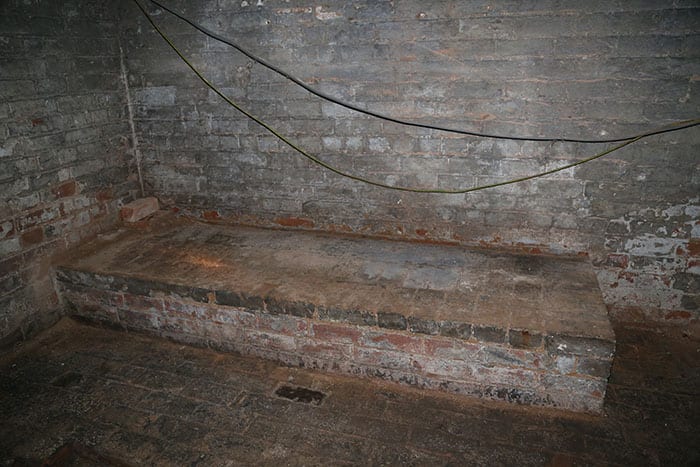 The basement space is beautiful. Four walls, albeit a bit damp, and a somewhat solid floor.

Great headroom down here. A curious shape in the corner that would make a good seat for a potential home cinema and then things turn chilling again.

Hole In The Middle 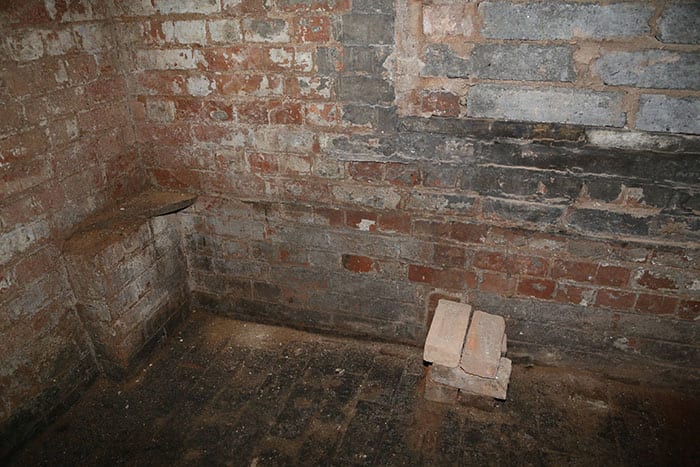 “There’s a hole in the middle of the room, with very soft dirt. Possibly recently disturbed…

The builders have been down here when the place was being renovated a few years ago, but it seems completely uninhabited since. No mention in the lease.”

“This appears to be the only staircase to the dungeon. I’m debating my next move.

More exploration needs to be done, but it’s very scary living above it alone.” Would you sleep at night knowing a dungeon was hidden below you?