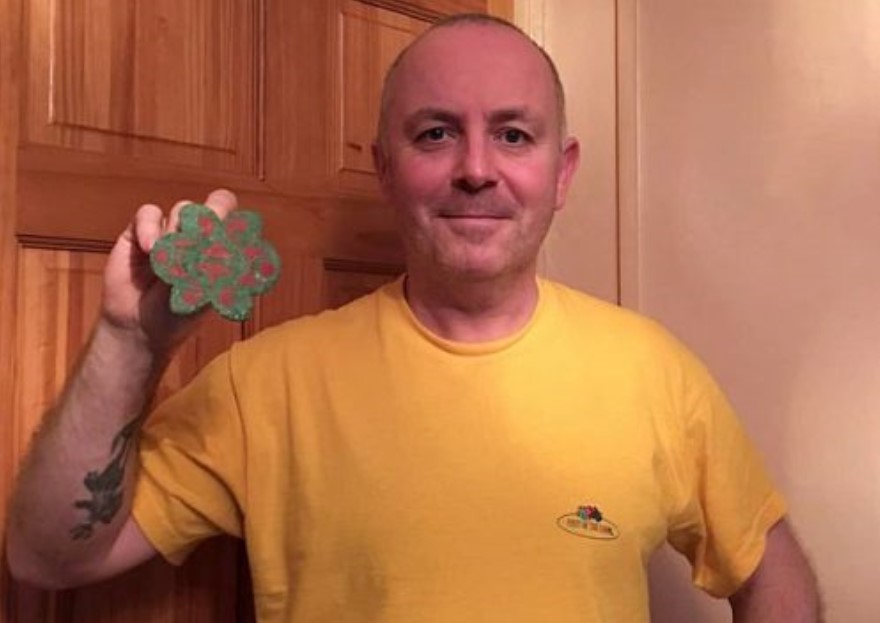 He was out on an average soggy day, but he had long become used to the weather that his hobby brought him. Still, he enjoyed the methodical back and forth motions as he swung the machine left and right, left and right inches over the grassy soil.

Furiously loud beeping jolted his wandering mind as excitement began to course through his veins. Little did Mike know, soon the authorities would be involved. 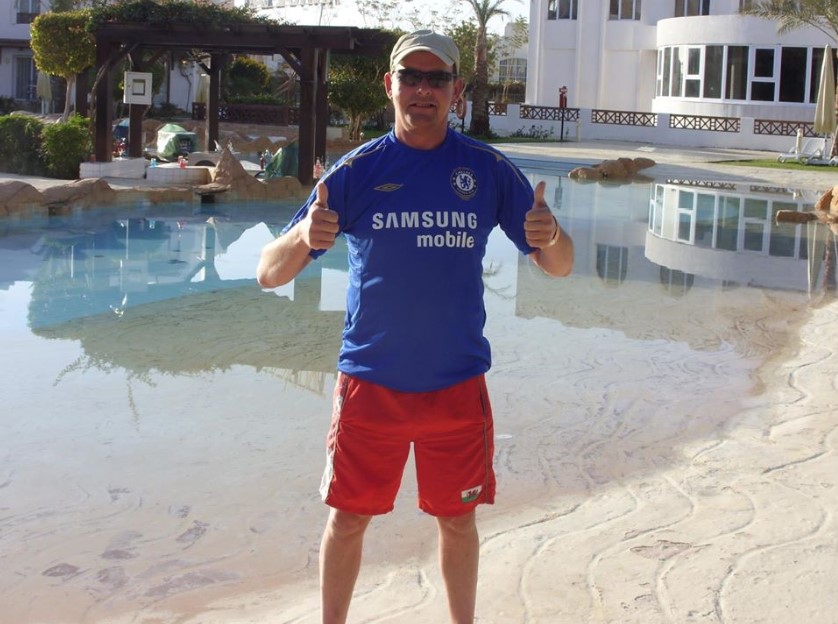 Buried treasure is something that fascinates children. Games are centered around finding hiding things, be it person like ‘hide and seek’ or delicious treats like ‘Easter egg hunts’.

The thrill of anticipation in searching is only trumped by the victory of the discovery, and perhaps the eating of chocolate eggs. 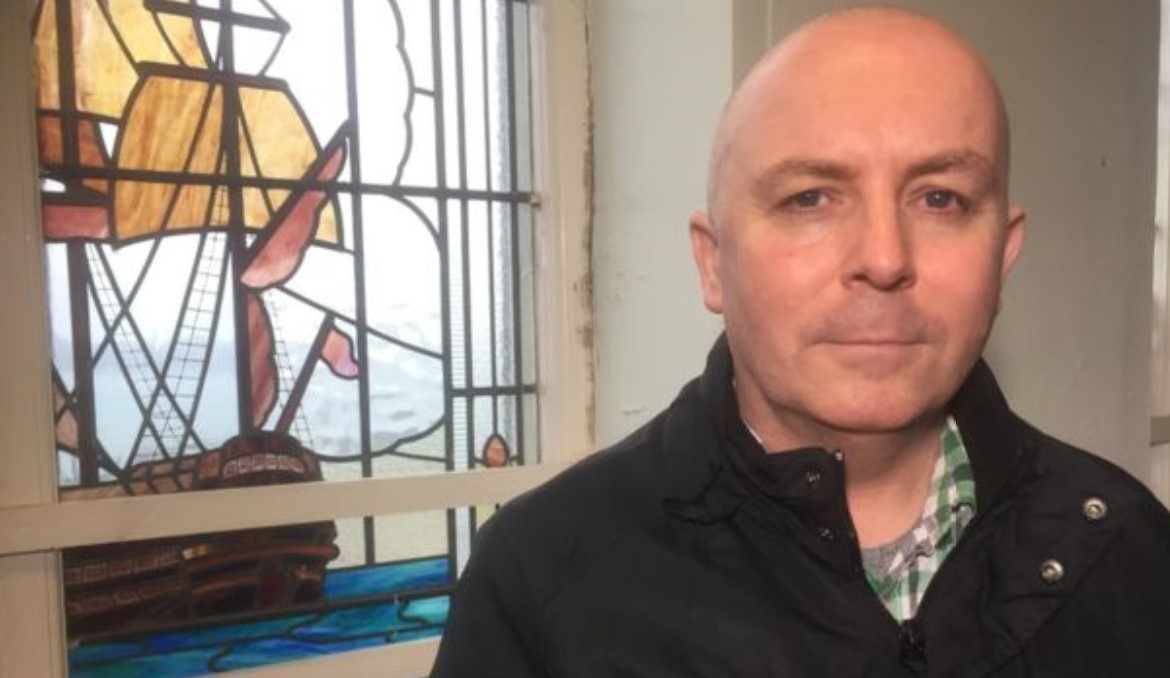 Mike Smith is an avid history lover and he simply can’t get enough of finding treasures buried in the dirt long ago, so, on your average day, while most people are shopping or perhaps watching a bit of television you would instead find Mike out in a field wielding his metal detector.

Often its rewards are minimal and sometimes nothing at all, but the addictive hope of a big find spurs him on.

Not A Hobby For Everyone 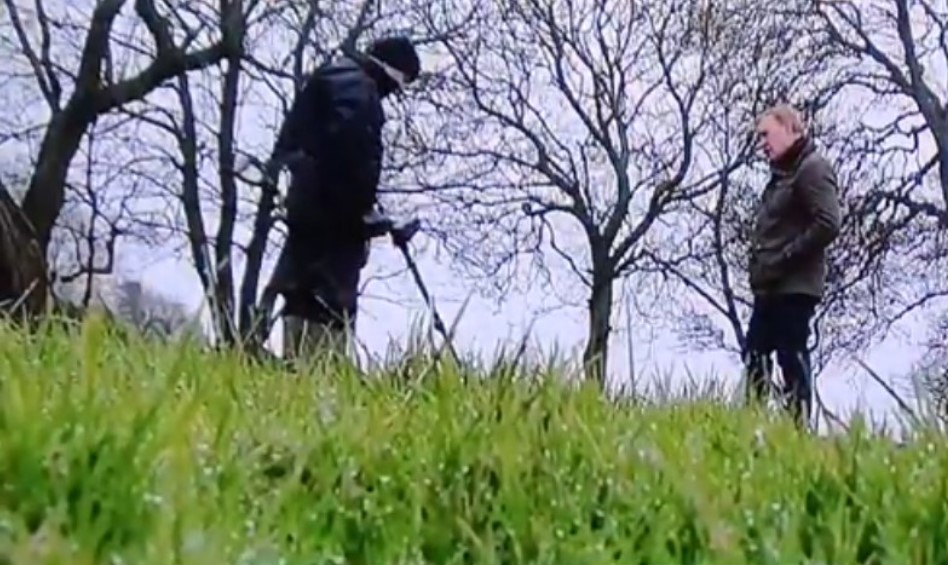 It’s most certainly not a hobby for everyone, you need a certain tenacity about yourself to brave the elements of Pembrokeshire in the United Kingdom.

Often raining, always wet and as much chance of finding something noteworthy as winning the lottery, unless you count old pennies. But this particular day, brought on by a twist of fate, was not a penny-finding day. 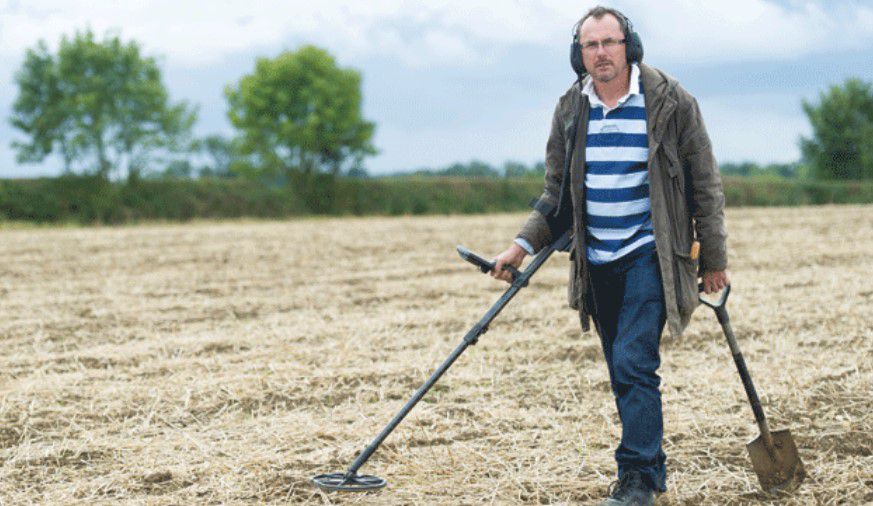 To Mike’s dismay, he found that his favorite field was completely waterlogged from the week’s steady downpour, but he was determined to keep looking. He had a strange feeling that today would be a lucky day.

As he moved to another field nearby he had no idea that just underneath his feet, something sinister was lying in wait. 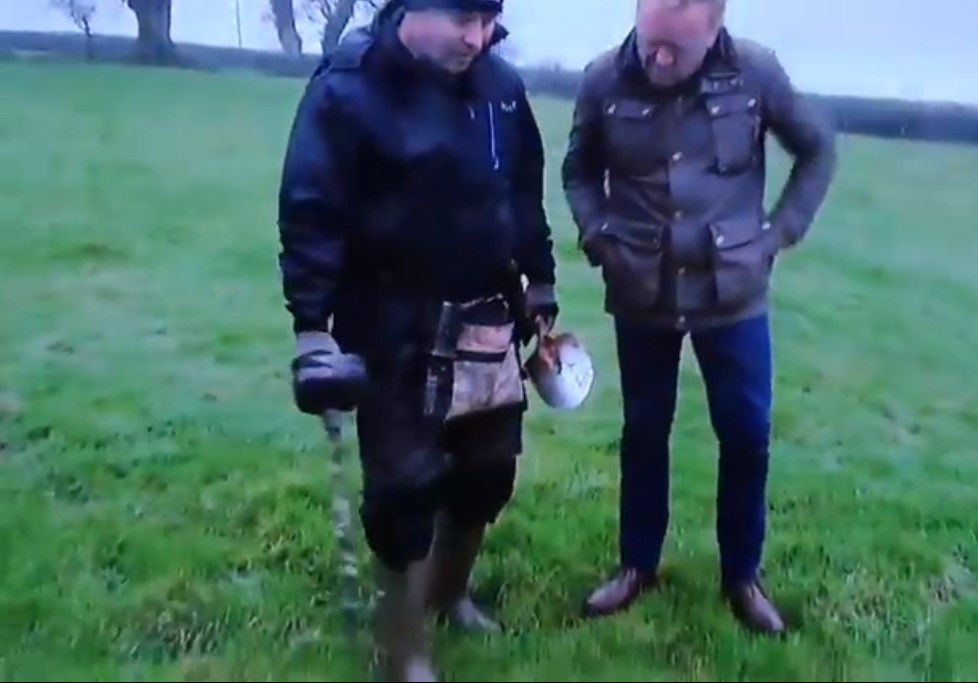 Mike swept his metal detector in a wide arc over the field, and suddenly he heard a loud beep. He began to walk, but the machine kept beeping. He was puzzled, at first, and thought that maybe his metal detector was faulty. Either that, or whatever was buried in the ground below him was enormous.

There was only one way to find out. 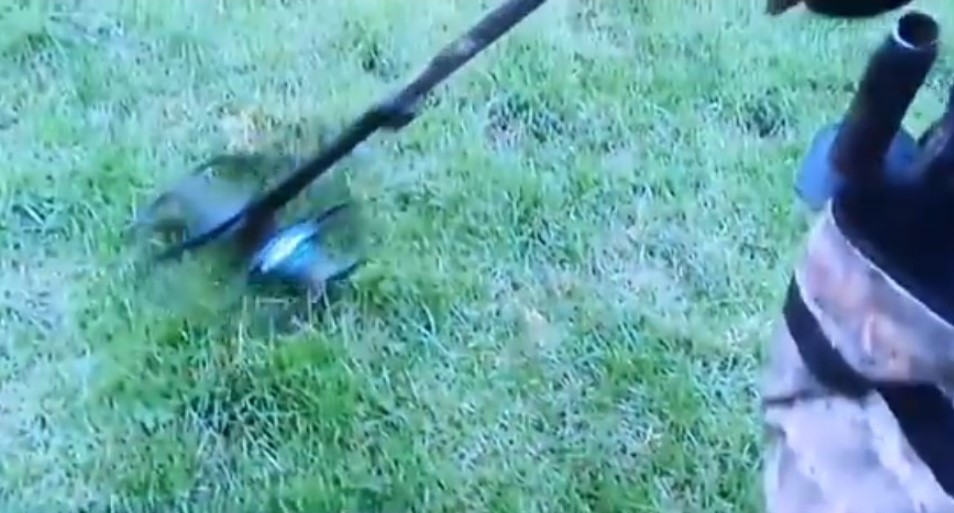 He abandoned his equipment, pulled out a trowel and began to dig. The wet dirt gave way easily and soon he could see a round piece of metal sticking out from the soil.

He uncovered it with his hands until he was able to get a grip on it, and then he pulled with all his might. 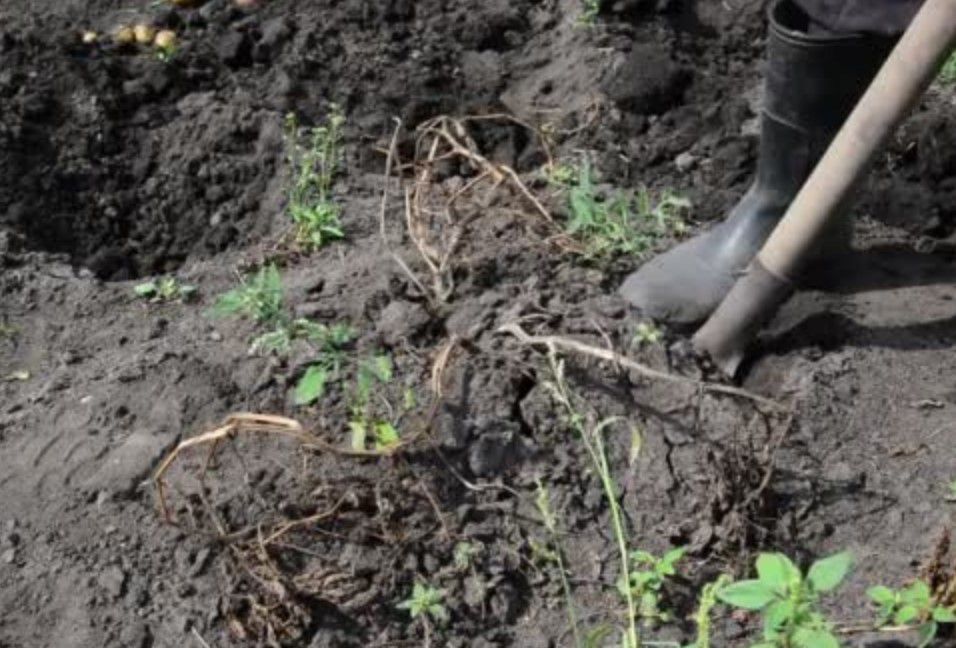 The rusted piece of metal wouldn’t budge no matter how hard Mike pulled. He decided to try to dig around the mysterious object to free it from the earth. As he began to uncover more and more of the rounded piece of metal, he saw that it was attached to something. He uncovered a second link, and then a third.

When he finally realized what he had unearthed, a chill went up his spine. 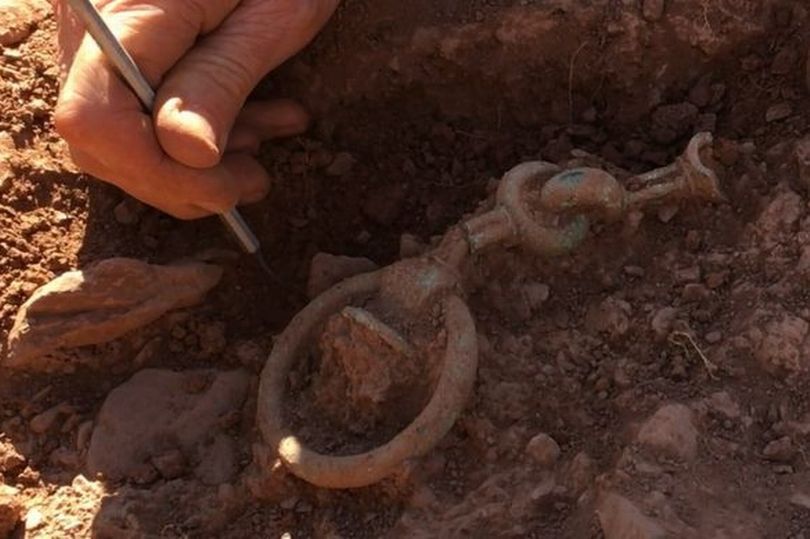 Mike had found something strange. It had iron links that seemed to go on and on, deeper into the ground, and it was attached to something… but what? Just then, Mike realized that it was getting harder and harder to see and the light was fading fast. He cursed when he realized that he hadn’t brought a flashlight.

The mystery would have to wait. 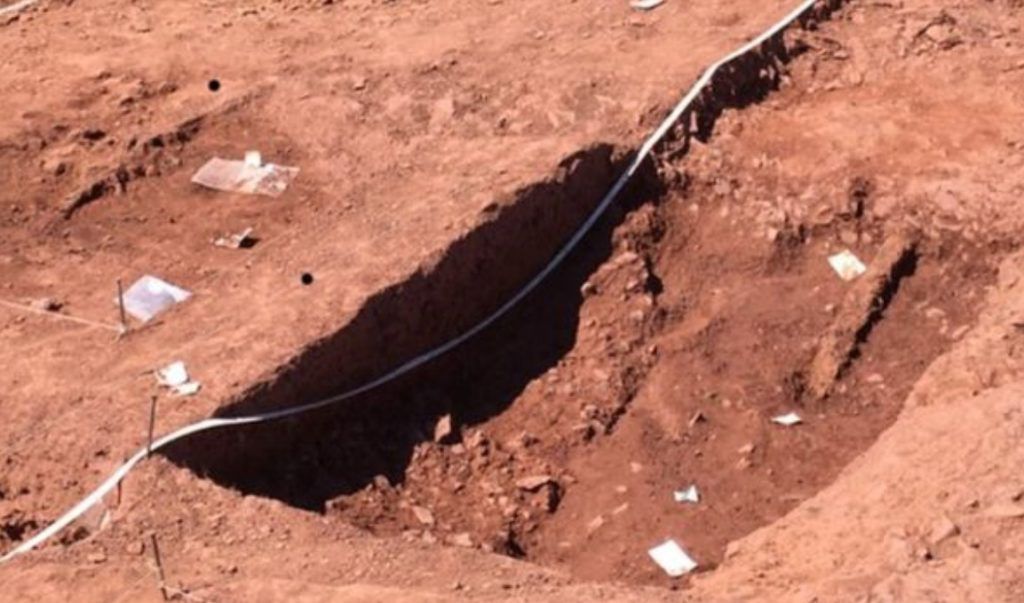 Mike barely slept a wink that night, he had only told his closest friends about what he had found. Speculations ran through his mind…what could possibly be attached to the other end of the rusty old chain? What if it was something awful?

He had read about ancient burial sites hidden beneath the Pembrokeshire ground, and the thought of stumbling upon one had always filled him with an inexplicable sense of terror. 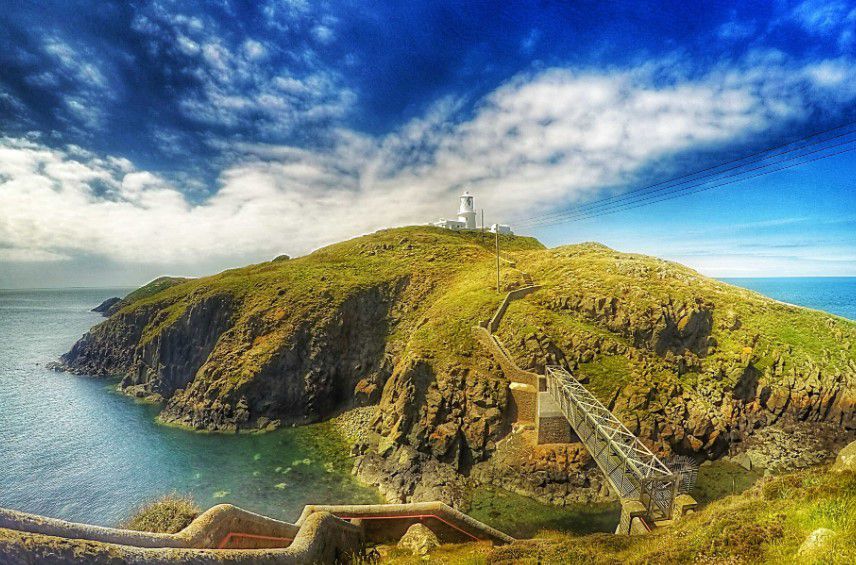 It was not lost on Mike that Pembrokeshire was described as a land of mystery and enchantment by the anonymous author of The Mabinogion, the famous 11th-century collection of folktales. This last rocky outpost of Wales is surrounded by the Celtic Sea and is still steeped in ancient myth and legend, so it’s no wonder it’s known as one of the most haunted places on earth.

What Mike didn’t know was that he was about to come face-to-face with Wales’ eerie past. 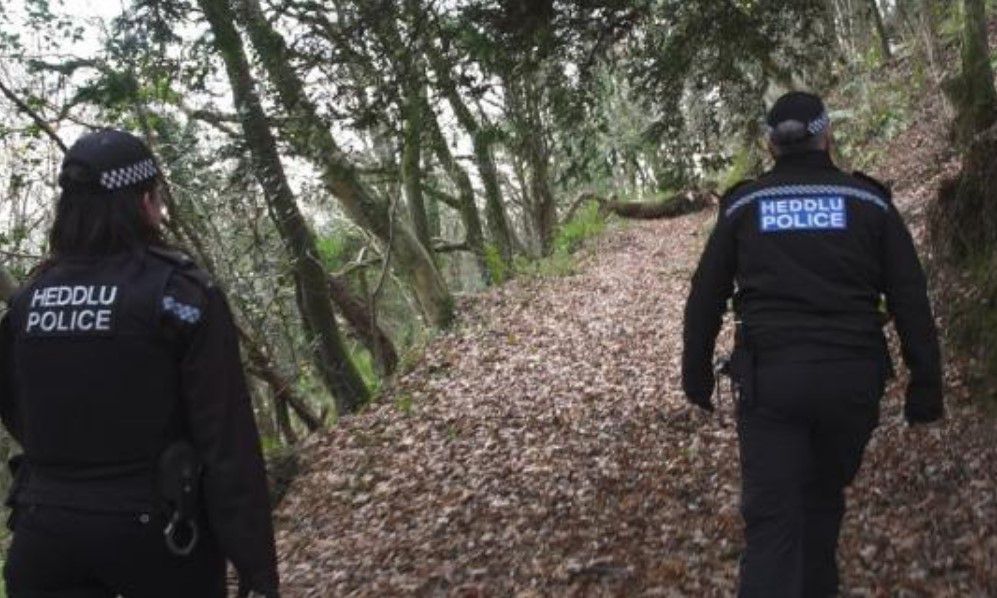 At first light, Mike was already out the door and well on his way to the site. He had to find out what was at the other end of the chain. What secrets had lain undisturbed for so long on that field?

He never dreamed that in just a few hours, the authorities would be swarming over his find. 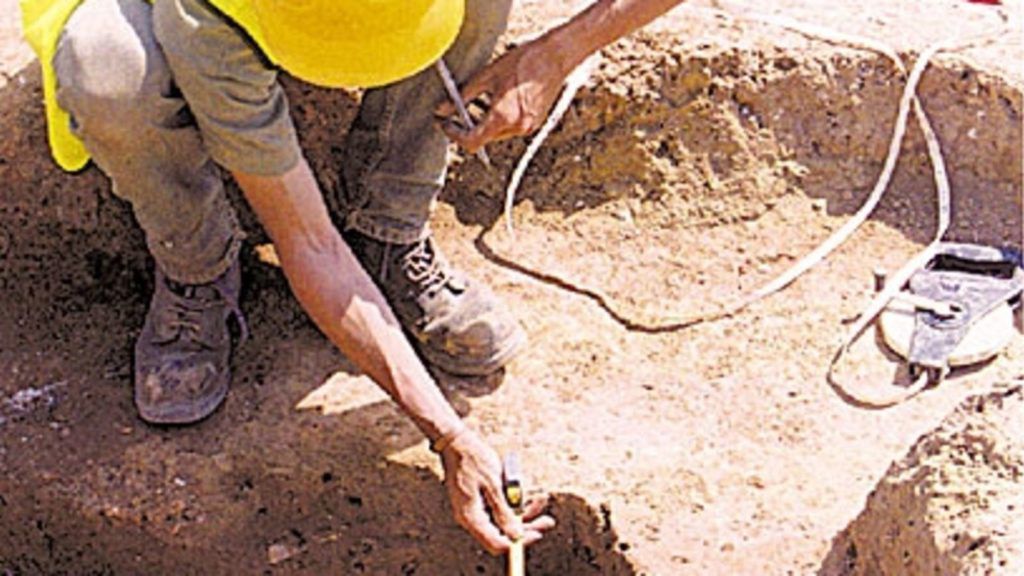 The site was just as he had left it, and he returned to the task of digging with some trepidation. As more of the strange object began to reveal itself he realized something.

His trowel suddenly scraped on something smooth and his eyes widened as he began to wipe away the dirt to reveal something hard and brown. 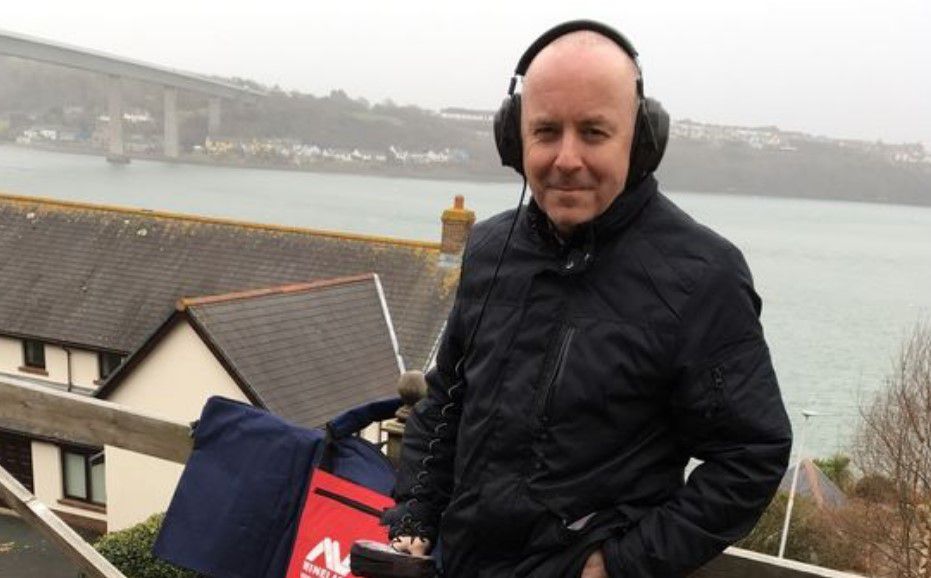 As a metal detecting hobbyist, Mike was all-too-familiar with the law, but he had never expected to find anything that would warrant calling the authorities.

This dig had started out as a fun excursion, but now with the discovery of remains, Mike knew that he was completely out of his depth.

Out Of His Depth 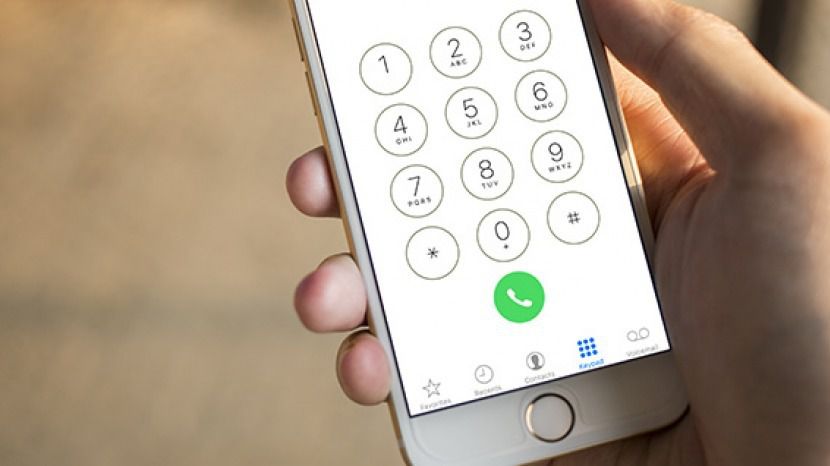 Mike turned the object over in his hands and was horrified when he realized that it looked like a tooth. A molar, to be precise. He shuddered as he realized that there was something off about this find. Dropping his tools at once, he pulled out his phone and dialed with shaking fingers.

But the reaction he got wasn’t quite what he expected. 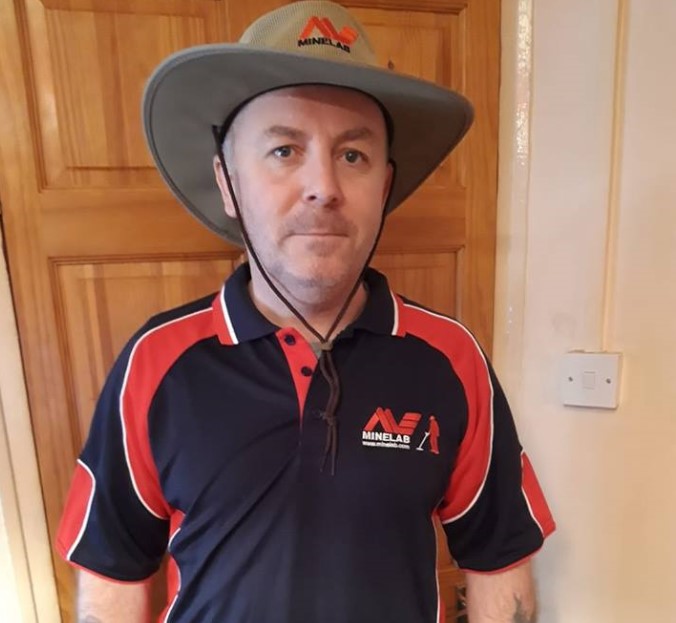 Michael decided to inform officials at the National Museum Of Wales first, but what he told them had them literally laughing down the line at him.

“What the archaeologists said at the time was that because there had never been a find down here before, they didn’t believe it,” he explained later. 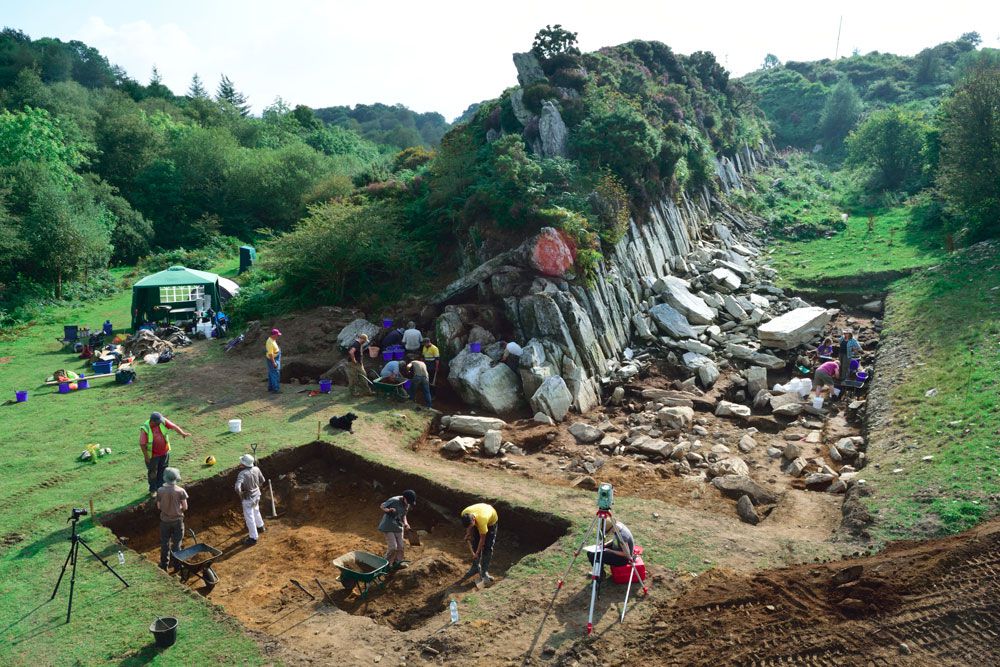 Mike had to convince them that he had really found something, so he mentioned that he thought there may be human remains at the site, and the officials’ attitude changed immediately. They asked Mike to escort them to the location.

“The look on their faces when they saw it said it all,” Mike recalled later. 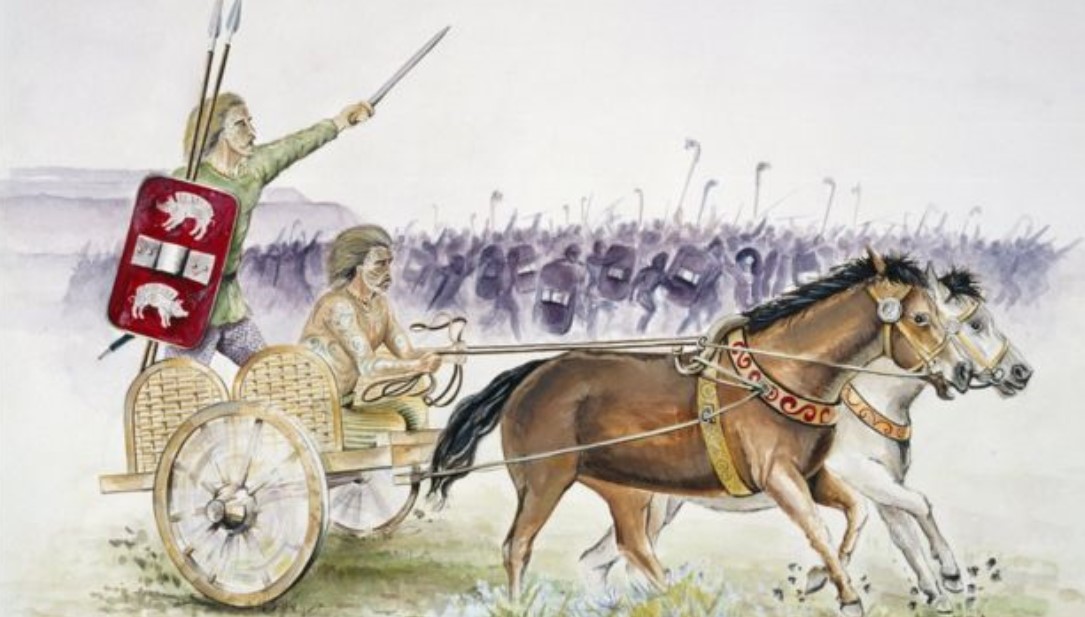 Only then was an excavation launched in June. Archaeologists uncovered two rusted iron chariot wheels, and this confirmed that the site held a phenomenal find – a Celtic chariot burial. “My first find was a Celtic horse harness junction piece,” Michael told reporters. “When I found it my friends said I would never top it, but the next day I went back and found the rest.”

But that wasn’t all Mike had found. 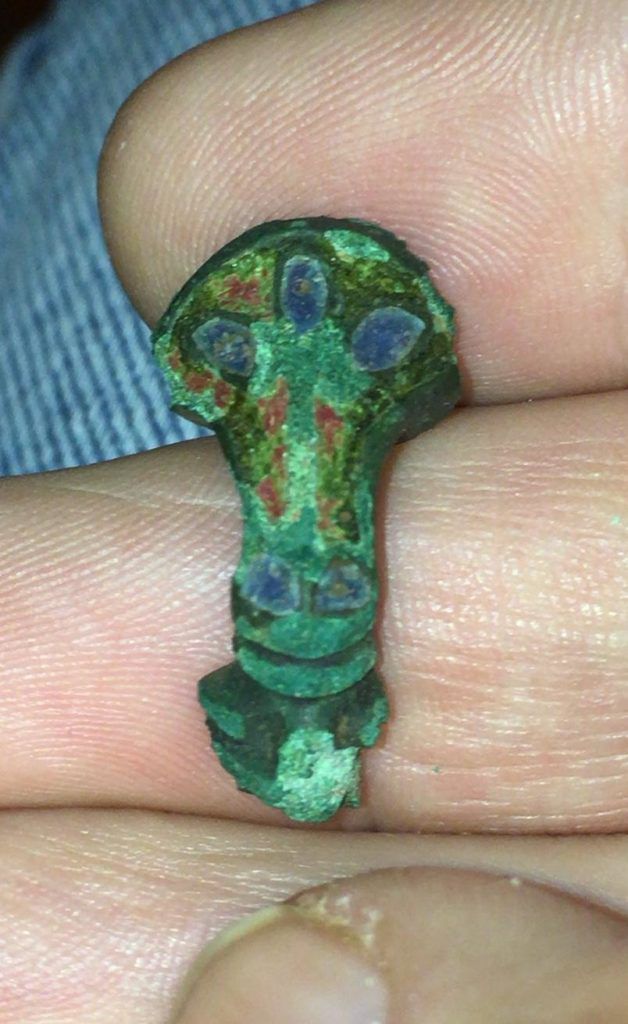 After Mike dug about eight inches deeper into the soil, he found other decorative pieces, including bronze bridle fittings, a brooch, and the handle section of tools. They had become green from corrosion but the bronze pieces were still covered in bright red enamel.

“This is unprecedented,” said Mike, “and underneath the chariot, there is still the three-meter metal anomaly. If you go by other chariot finds there could be weapons or it could even be treasure.” 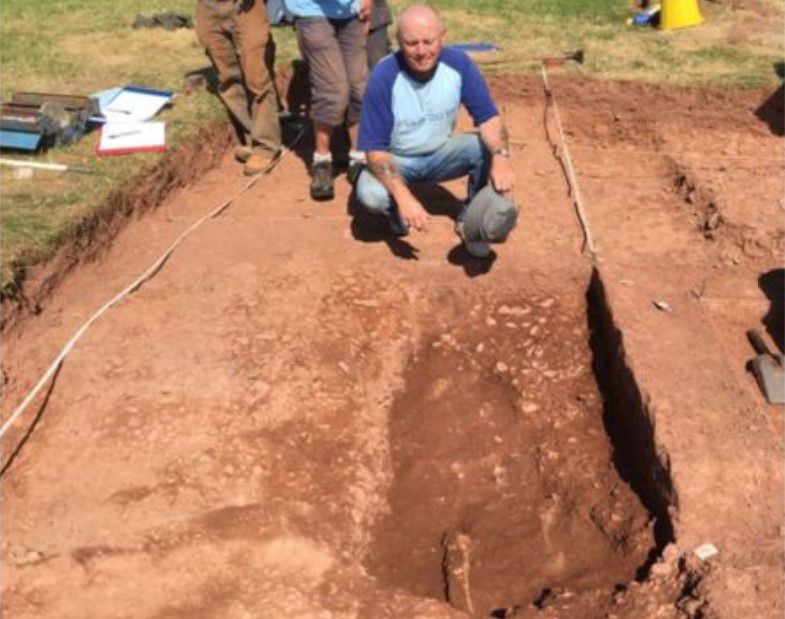 It isn’t unheard of for a burial chariot for this time period to be found in Europe but there has never been one found in England before. “I still can’t believe it,” Smith added. 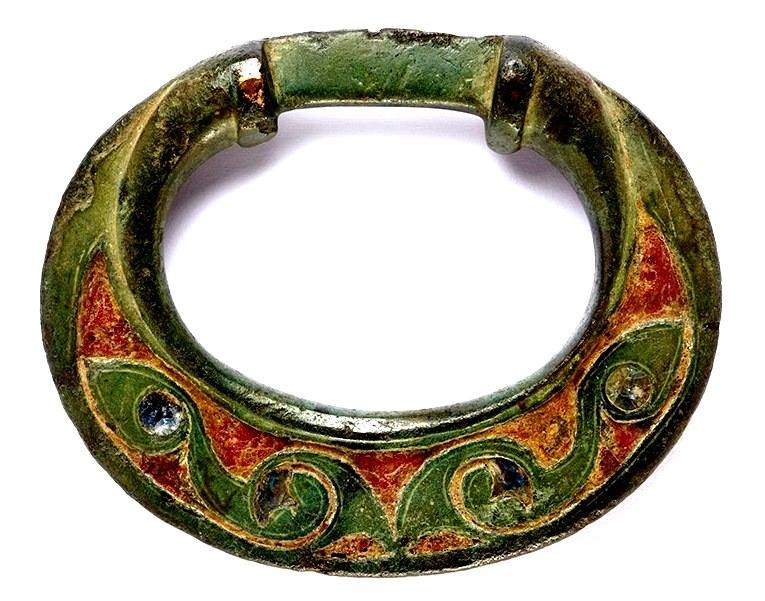 Mike said. “It was just instinct. I’d read all about chariot burials and just wished it could have been me, so finding this has been a privilege.” And now that treasure has been found in that area the location is under legal protection.

Mike also had to sell all the artifacts that he had found the previous day, as stated by the law. So what does he get?

He’d Have To Sell Everything 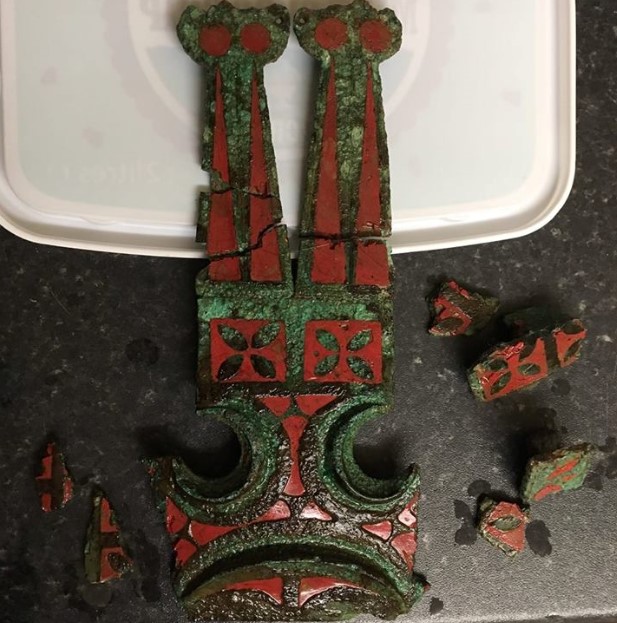 The 34 items that Mike uncovered were sold to the museum and believe me, he was well paid for them too, there was one catch though. He had to split the money straight down the line, 50/50 with the owner of the land that he found them in.

His treasure has become a most sought after prize now and the National Museum Of Wales desperately want to secure them for its archives. 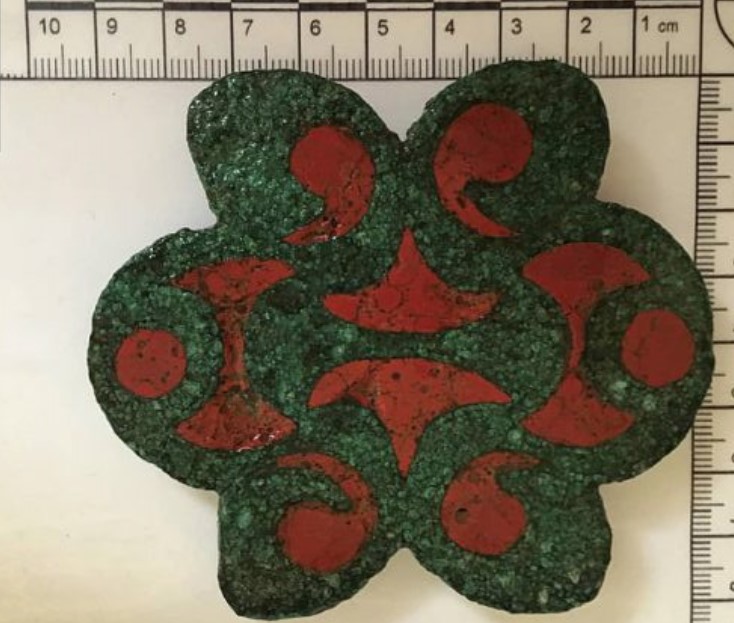 Michael goes on record saying, “I knew the importance of them straight away….I’d read all about chariot burials and just wished it could have been me, so finding this has been a privilege.”

The chariot is estimated to be around 2,500 years old but as yet there have been no human remains found. 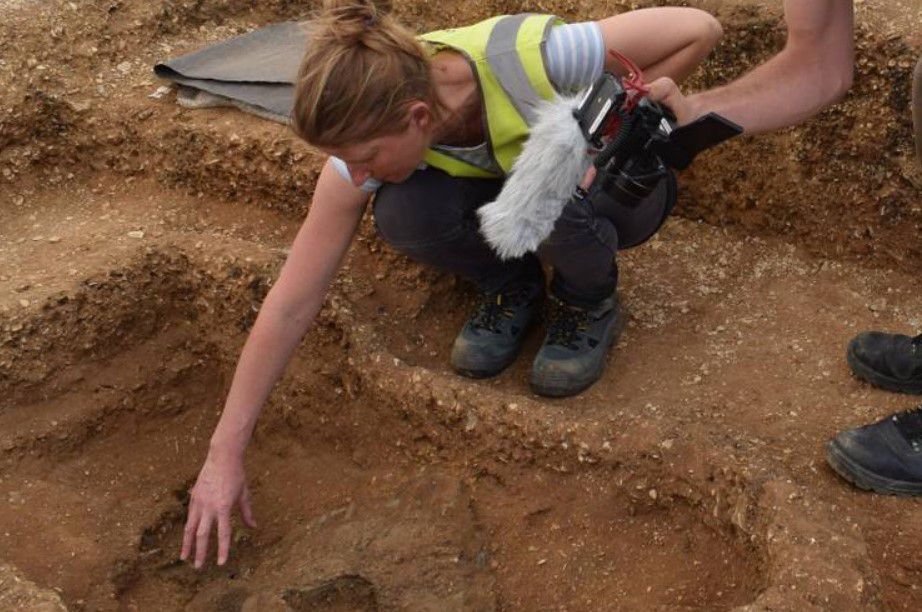 Conjecture remains as to whether a chieftain or a queen was buried with the find, and a tooth was found, but it belonged to a horse that presumably was buried with the chariot. Chiefs of high rank in the Iron Age were often buried with their chariot, horses, tack, and even their weapons. Then a trial excavation revealed the tops of a pair of chariot wheels.

“Often the wheels were laid flat,” said Mike. “But this one appeared to have been buried intact. It could have had the chieftain or queen sitting in it. There would have been a mound over it but that has gone.” 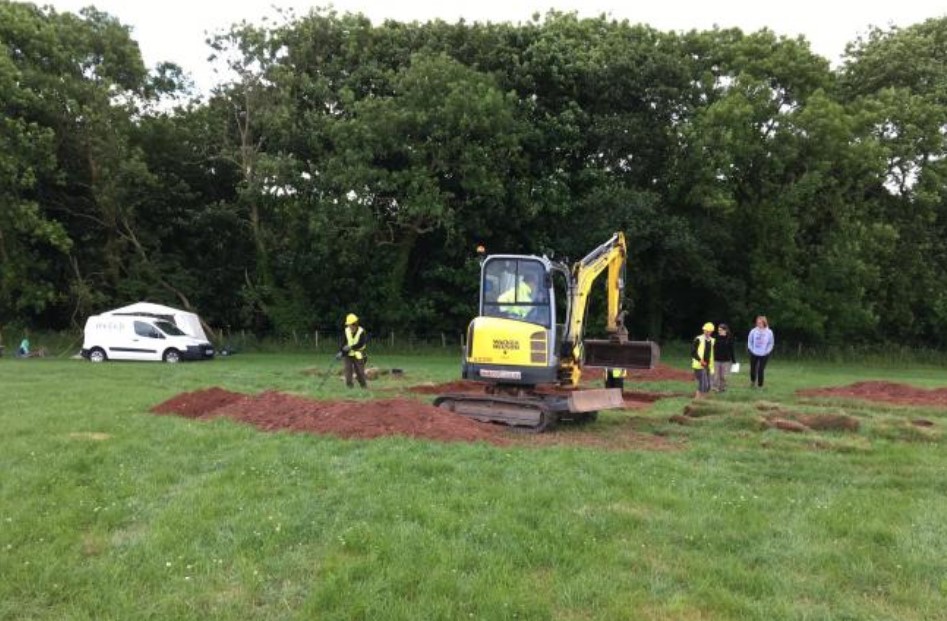 After the site was quarantined off from the general public, ground penetrating radar brought up something that is something out of a science fiction movie or novel.

Survey work uses a technology called geophysics which maps structures buried under the earth and revealed a 12m circular earthwork around the burial, known as a ring ditch. 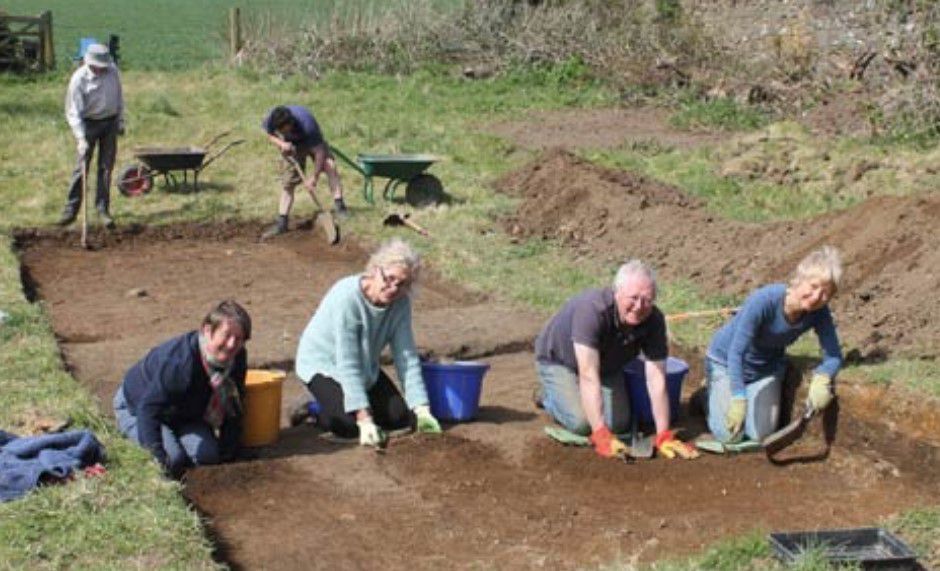 Two other burials in ring ditches were also found nearby. Soon, a complex of walls and other features emerged. This led researchers to believe that a huge — and previously unknown — Celtic settlement had been found.

“The actual field is very large and it is only in the corner of this field. But the settlement is also going into other nearby fields,” said Mike. 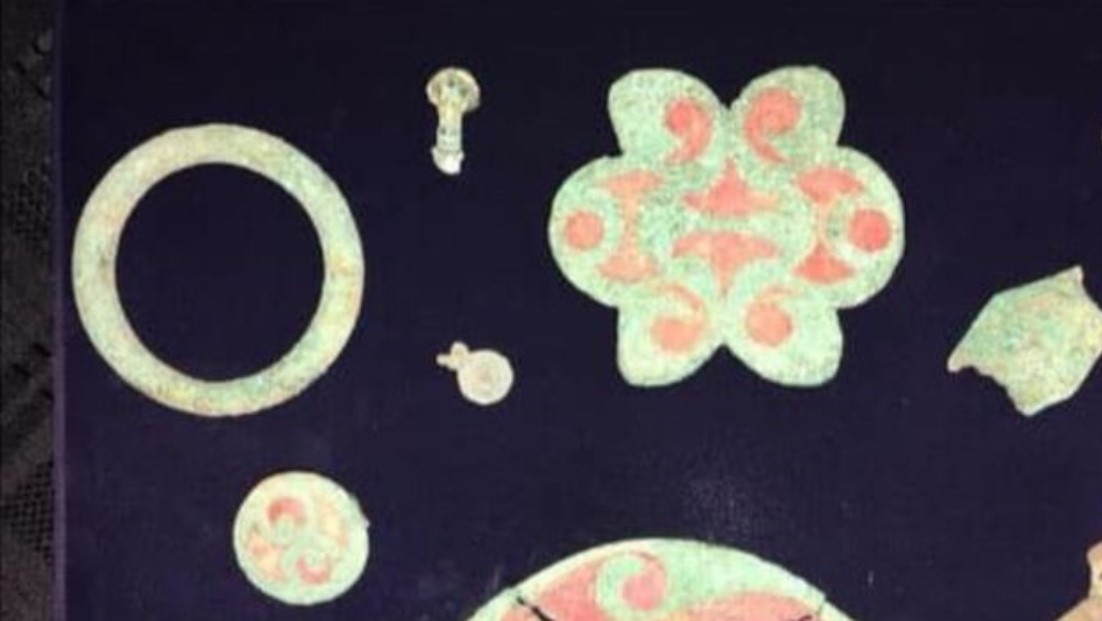 Adam Gwilt is the museum’s principal curator of prehistoric archaeology.

He said: “These chariot pieces may have been witness to some of the historical events of the time, as Iron Age peoples defended their ways of life and identities, in the face of an expanding Roman empire. Something like this takes a lot of organization and funding as well so we’ve been working with a number of partners to put together what’s needed to do a continuing investigation.” 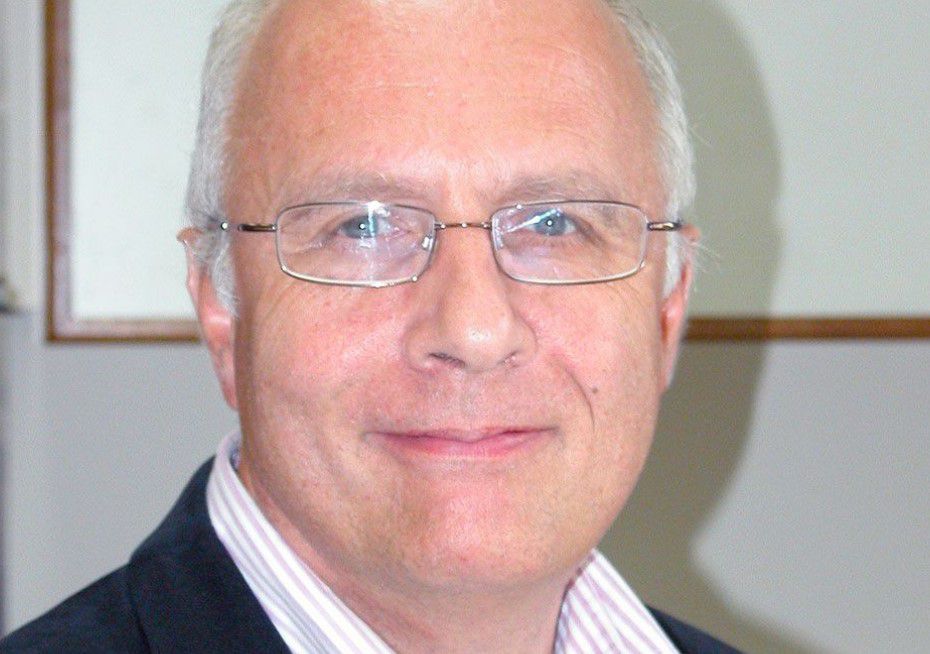 He continued, “Something like this takes a lot of organization and funding as well so we’ve been working with a number of partners to put together what’s needed to do a continuing investigation.”

So, the question on everybody’s lips is: How much is it worth? 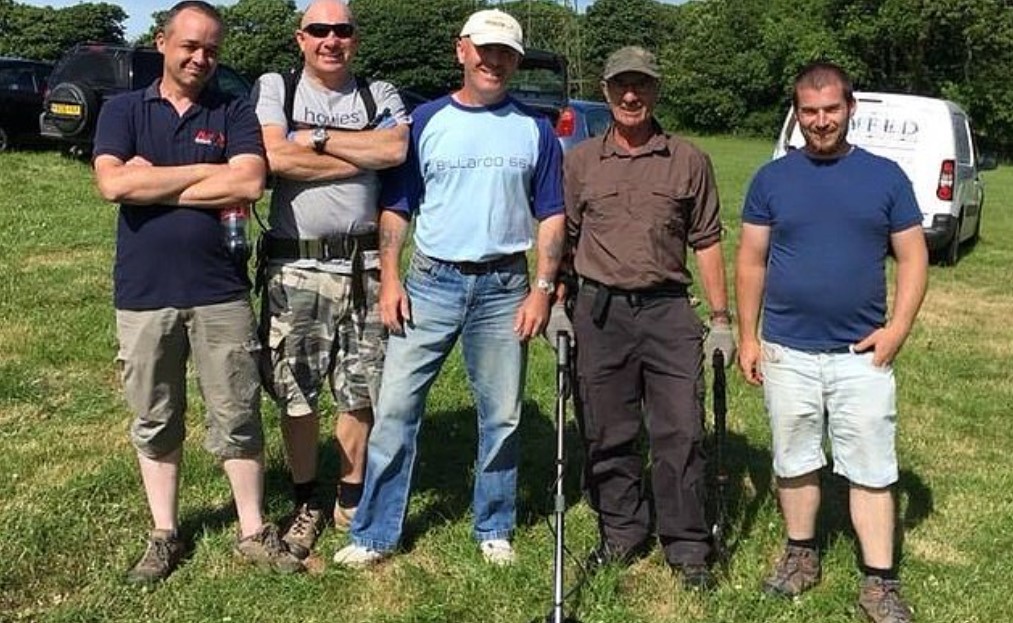 “You’re definitely talking six or seven figures,” Smith said. “It’s the biggest ever metal detecting find, as in there’s never been a chariot ever discovered by a metal detectorist. There have been hoards found, but never anything like this.”

He expects to land up to £1million or more for his discovery.