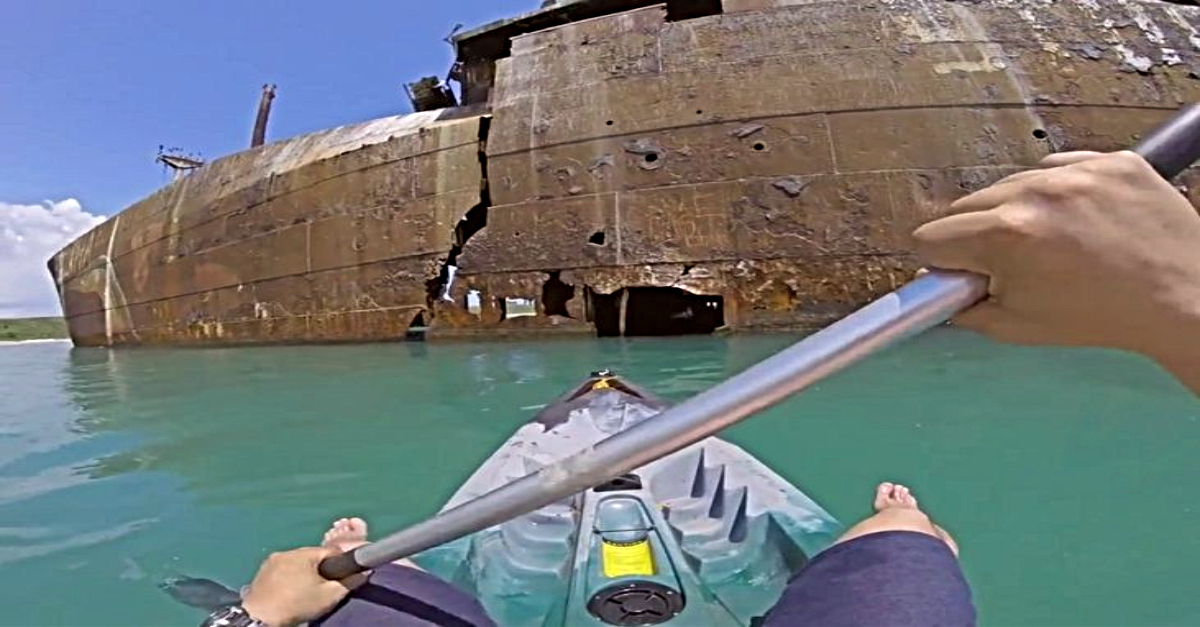 A Pearl On The Ocean

Visible from the shores of the Black Sea, the once majestic Empire Strength still stands.

Motionless and slathered in a thick coat of rust, this vessel was of interest to one particular kayaker.

Going On An Adventure 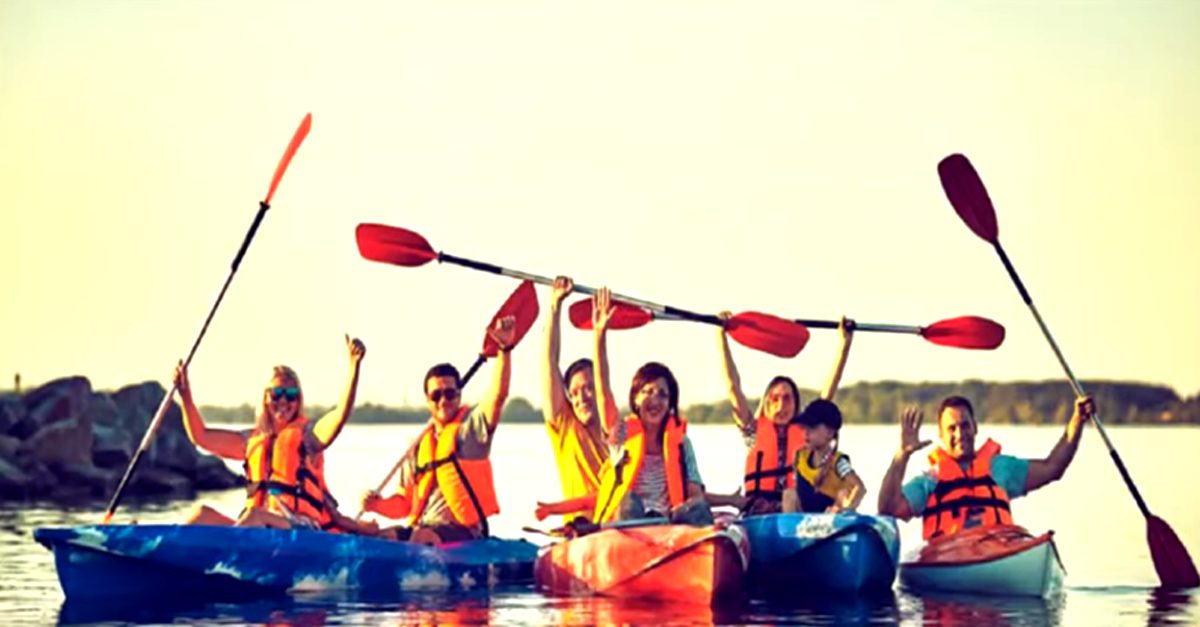 Many people try their hand at kayaking. It’s not for everyone, but there are those who are passionate about it.
One enthusiast off the coast of Romania decided to venture out onto the waters where the massive ship lay.

So he brought out his kayak along with his camera and hit the water. 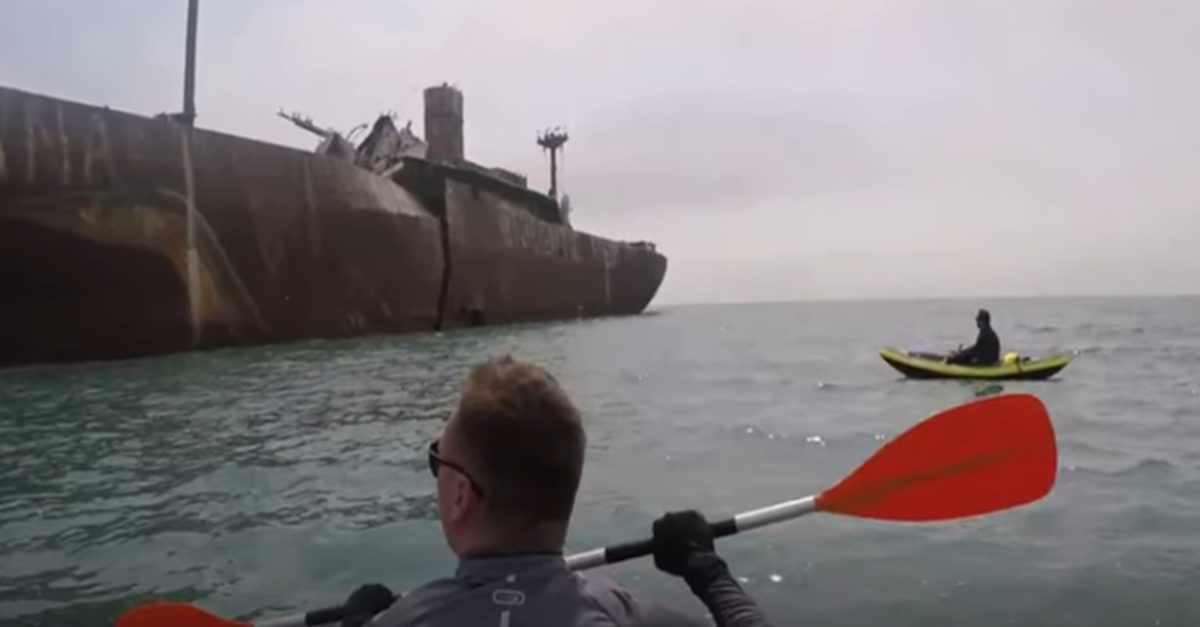 The water looked beautiful, the day was even better with the sun shining down on its vast blue canvas.

But there was something sticking out on the water. The Empire Strength, now a ghost ship, was in sight of the kayaker. He paddled to get himself closer. 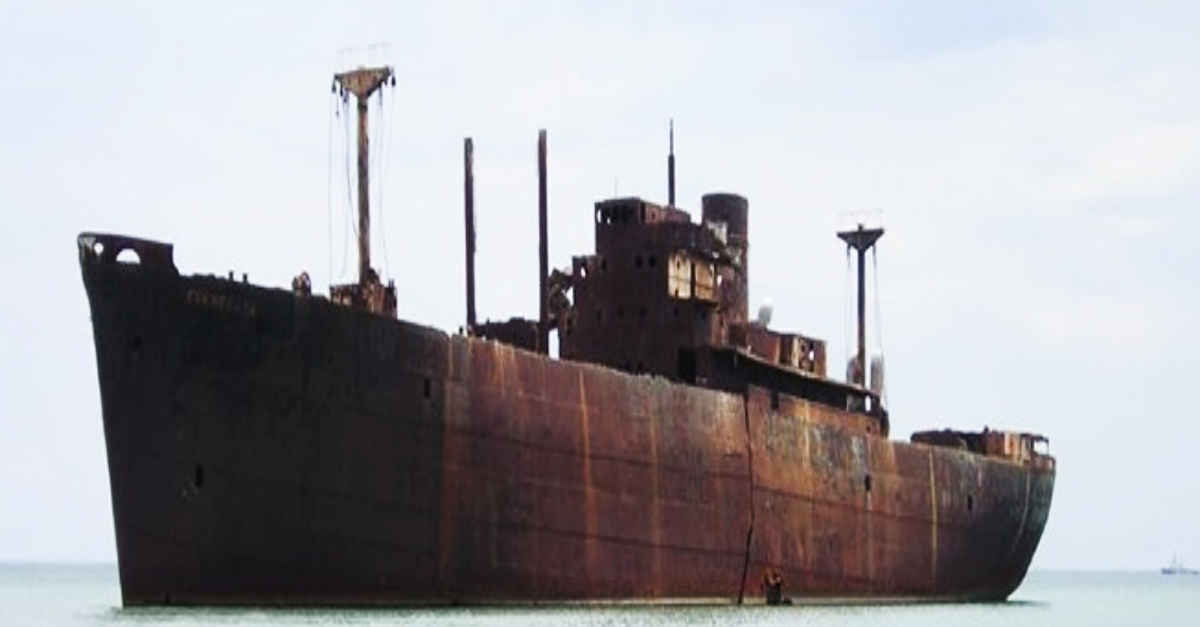 As he paddled, his heart started beating faster, faced with the conundrum of whether to go in or not.

After all, this was a ship that has been lying there since 1968 when it ran aground. This ghost ship had a story to tell. 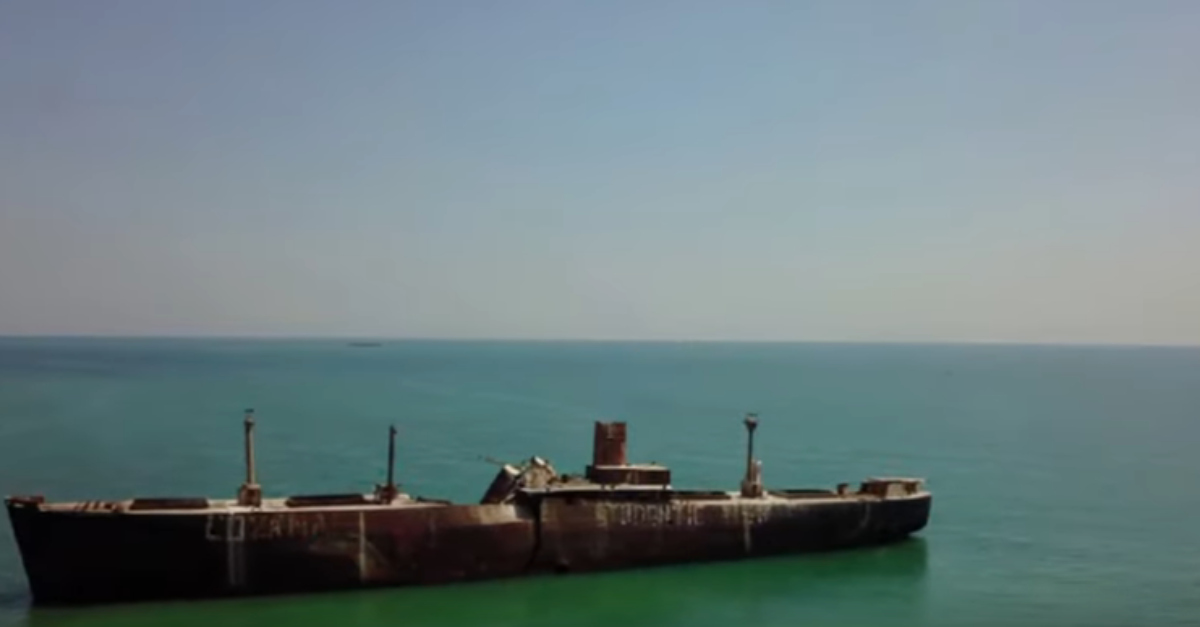 It actually served the UK’s Ministry of War Transport as an Empire ship and, despite its current condition, as one of the ships that survived World War II.

Its name, at one point, was changed to the MV E Evangelina. And there it was, within touching distance of a kayaker. 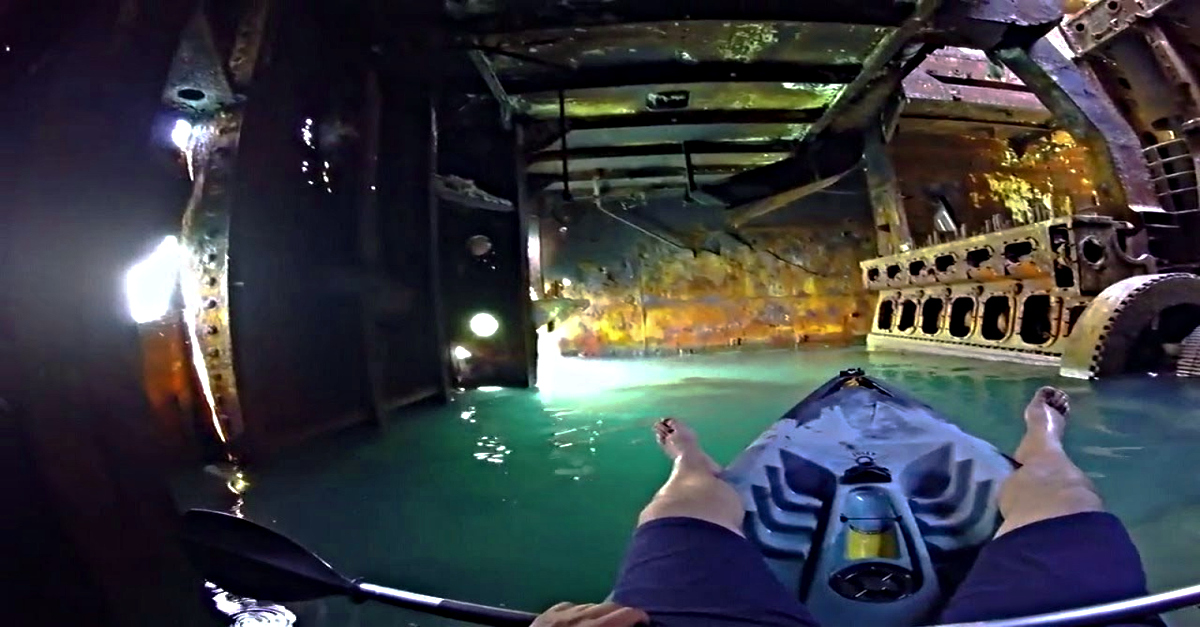 The man was cautious as he approached the side of the ship where there was an opening large enough for him to fit through. He could never know what was on the inside of this ghost ship, yet he bravely persevered, bringing the wooden paddle onto the kayak.

He needed it, in case there was a need to take a swipe at someone or something. 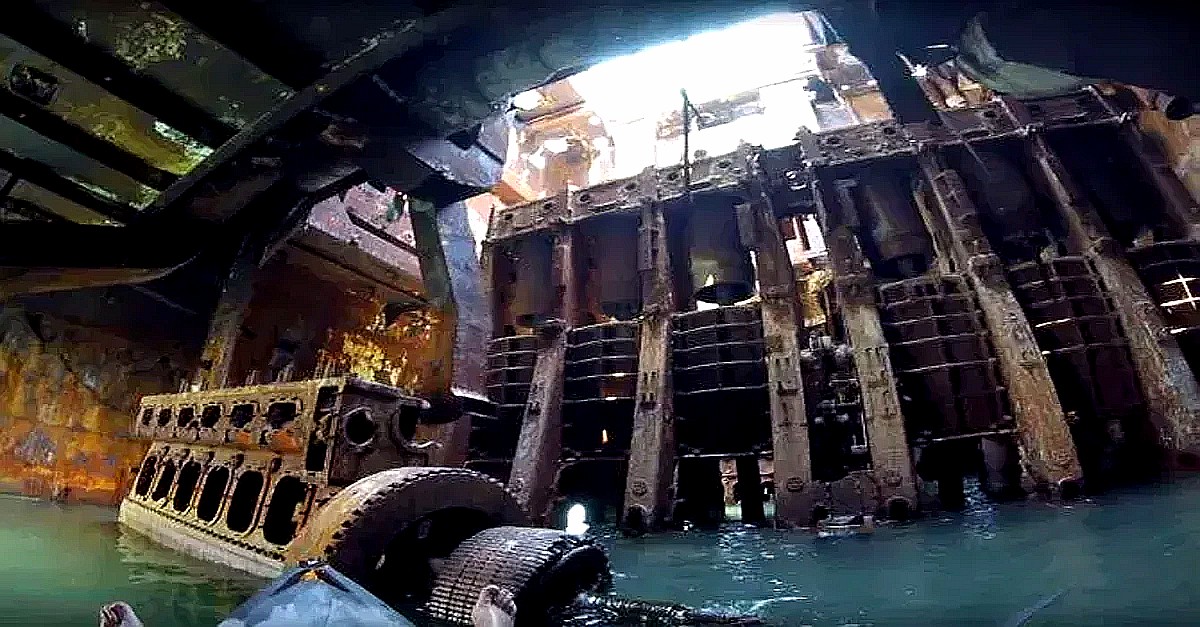 Paddling slowly with his hands, the kayaker entered the eerie-looking ship. It was completely rusted, holes embedded everywhere along the vessel.
Thankfully the light shone through those holes which made it possible to see.

Visibility was low, but nothing would prepare the kayaker for what he was about to discover.

All Hands On Deck 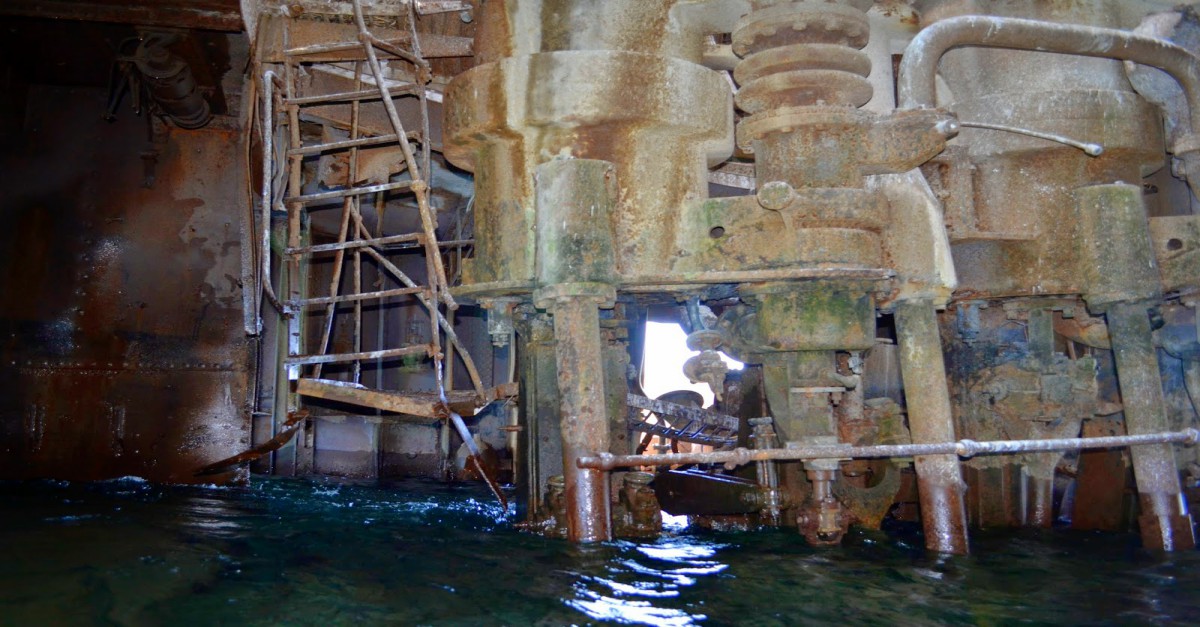 He made his way around the vessel, finding himself near the engine room.

There was a ladder leading up to what would have been the deck, but it would involve navigating the rusty pipes and a windowless shaft to get there. The kayaker decided to investigate what was on the engine. 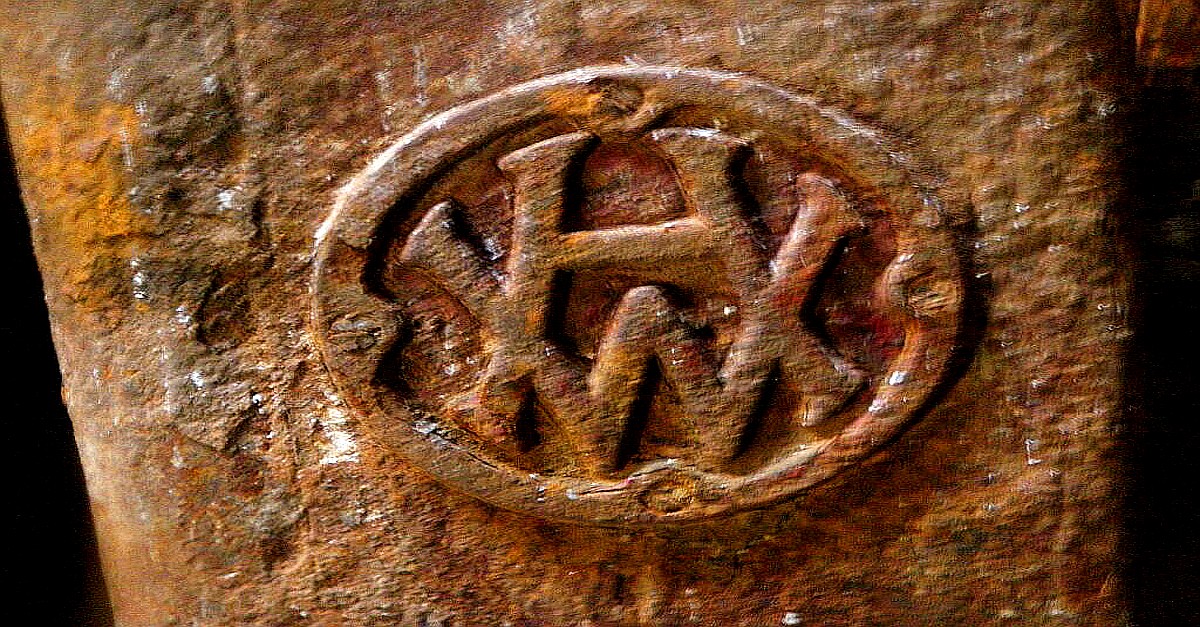 Upon closer inspection, he found the initials H & W stamped onto the engine. It was actually the Harland & Wolff logo, which meant that this ship could have possibly been built by the British shipyard.

Coincidentally, it’s the same shipyard responsible for building the SS Titanic. The kayaker found an interesting piece of information which has made this ghost ship a popular site for people to visit when in Romania.