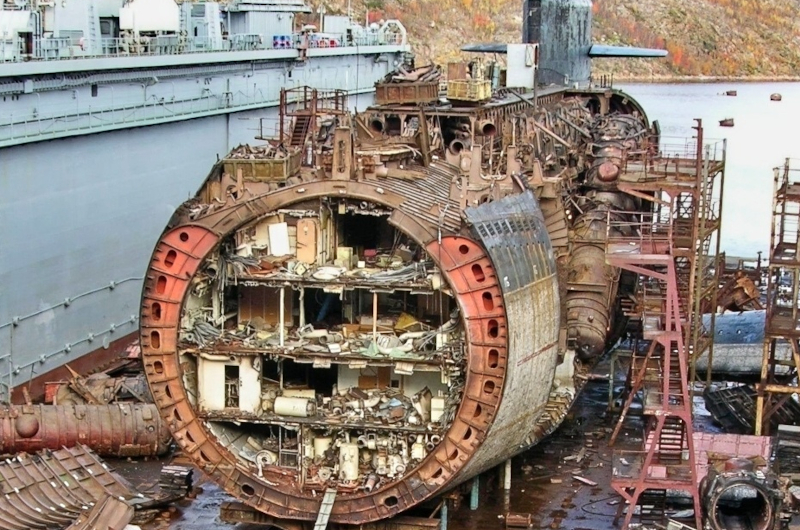 The rest of the world were unaware of what the team had recorded.

They wanted these two women to know before anyone else, they deserved to. Their misery had stretched over many years, but they were finally going to receive the answers they had been longing for.

The mystery started long before Lost 52 Project got its hands on the case, but they wanted to be the ones that finally finished it.

Tim Taylor and his wife Christine Dennison’s private company had one very clear goal that would take them from foreign libraries to the freezing depths of the ocean floor.

The “52” in their name came from the 52 lost US submarines during WWII.

Between their resources and support from various governments, their life’s work was to find these lost vessels. But finding them wasn’t the only vital task.

It gave the families of the departed a chance to have closure.

So, when he was finally given a chance to look for the U.S.S Greyback, he immediately jumped on the chance. Even if the passage of time had made sure the families of the 80 lost souls knew there was no getting them back, they would at least have the truth.

This project, however, wasn’t your standard salvage job.

The actual location of the submarine had been a mystery for over 75 years. It just wasn’t where it should have been. The other issue was how many “enemies” the Greyback had made over her ten-mission journey.

Tim poured through the notes again, making sure he had every detail right.

The Greyback – also nicknamed the S.S. 208 – had left Pearl Harbor on January 28th, 1944. Nearly a month later, the sub had sent a message that it had sunk another two Japanese vessels. This left them with a rather large problem.

Because of the long string of attacks, they were down to just two torpedoes.

They would have to dock at Midway Atoll – at least that was the plan. But over 3 weeks after their planned arrival, there was still no word from them. It was then Tim found his first clue

War chatter and enemy documents said that a Japanese carrier-based plane had spotted them and sank them.

He poured over the translation again, feeling his heart pounding and an idea forming. It couldn’t be that simple … could it?

All it took was a quick call to the corresponding Japanese offices.

They were quick to respond with the original documents. Between him and a translator, a small but alarming error appeared – one that would explain the entire mystery.

The US documents had been translations.

But in the speed and heat of war of WWII, one single number in the latitude and longitude had been transcribed incorrectly. Everyone had been looking in the wrong place.

What made it worse was that the new location was 100 miles away.

Not only that, if they wanted to cover all their bases, they would have to search an area of over 10 square nautical miles in only 24-hours.

Tim and his wife rushed to get their team and equipment together, with a mix of excitement and worry.

At least their main piece of advanced tech was ready to go – an “water baby”, a 14-foot-long autonomous underwater vehicle. The thousand-pound submersible drone was soon bobbing on the surface of the ocean.

Tim held his breath every time the water drone resurfaced to transmit data to their computers on the main ship.

Every 3D image he stitched together was like a maddening tease – being so close to the truth but still not showing any sign of the Grayback. Suddenly, the drone pinged that something had happened.

The drone had signaled there was a malfunction.

The entire team sunk in defeat. It was the worst possible moment since they were nearly at the end of their time-frame. All Tim could do was stitch together that last batch of images with a long, sad face. But he quickly noticed something odd.

It wasn’t the normal array they had seen before.

There was a distinct set of lines – enough to give him hope. Tim ran to the door and called for his wife. His heart raced. Had they finally found it?

The entire team looked at each other with wide eyes.

There was the Grayback! They all cheered and slapped each other on the back. It had been decades, but another sub had finally been found, and oh boy was this big lady impressive.

Even with the damage inside – a clear message they had run into trouble, Tim could see just how amazing the sub was.

She had been built by Groton, Connecticut’s Electric Boat Company – the one that built the US Navy’s first sub ever. This girl had some serious firepower back in her day.

Her maximum surface speed was 20 knots and at lower speeds she could stay underwater for up to 48 hours.

Between that, the water displacement of 2,410 tons and a range of just over 12,500 miles, she was not an easy ship to take down. Suddenly, a hush fell over the salvage team.

Finding So Much More

It was a somber, sobering realization.

They hadn’t just found a hunk of metal 1400 feet below the waves. They had found the last resting place of 80 men. Even if there were no remains left, they were floating above a graveyard.

Showing The Most Important People

It was a harsh reminder that the next, most important, part was also going to be the hardest.

There would be no public broadcast or announcement – not until they showed two vital people who had been waiting a lifetime to know the truth.

Days later,Tim and his wife sat at the table with two older women, Gloria Hurney and Kathy Talyor – who had both lost an uncle in the disaster.

The woman both looked confused as to why they were there. Tim said, “We haven’t broadcast this yet and we wanted to be the first ones to tell that … this is the Grayback.”

The woman looked at the screen in shock. Gloria’s eyes turned wide and Kathy clapped her hand over her mouth. “Oh my god,” she whispered. The tears were instant and they came without mercy.

“This is where your uncles are,” Tim said.

The video continued, slowly going over the length of the hull. The once shining, pristine metal was now green and black in decay. The place where the torpedo had made impact came into view. The women gasped.

Tim and his wife sat silently as Gloria and Kathy embraced.

The tears came harder. The moment had definitely ripped open old wounds. However, Kathy grabbed a tissue, dried her eyes and said something that brought tears to Tim’s eyes as well.

“He’s come back. Thank you. Thank you very much.”

The group sat together, comforting each other and looking over the rest of the video. The women shared stories of their uncles. Tim and his wife told them about the breadcrumbs that had led them there. Everyone had finally found their answers.