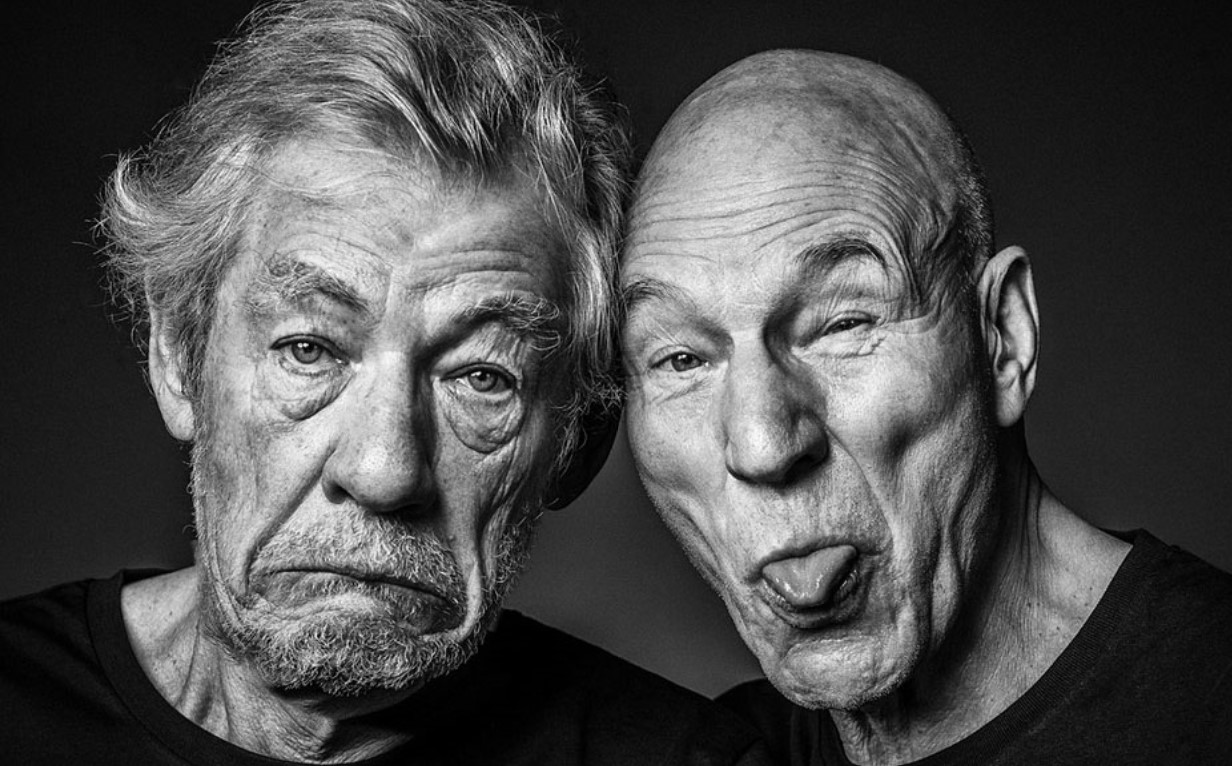 Sir Ian McKellen has had a prolific career, but most fans know him for his role as Magneto in the “X-Men” films.

McKellen grew up in Northern England in the 1930s, when it was actually a crime to be gay. He told his story in the docuseries “It Got Better.” While McKellen grew up in a rough place for gay men, our next entry had to pretend to be someone completely different.

You’d never know Guillermo Diaz of “Weeds” and “Chapelle’s Show” was gay by the characters he plays, and that’s by design.

The actor had to come to terms with his sexuality while growing up in the Bronx. He knew he couldn’t be his true self, so he pretended to be someone different. Diaz credits this experience with helping him develop as an actor. Diaz wasn’t the only actor on this list who drew from his private life for his role.

David Hyde Pierce, known for his role as Niles Crane on “Frasier,” also used his personal experience for his character.

He told the Huffington Post that the show would reference homosexual stereotypes. Both Frasier and Niles loved wine tasting and a good opera, which would cause other characters to make jokes at their expense. While Pierce has been out for a while, our next entry only recently came out of the closet.

Quinto came out of the closet in 2011 and didn’t make a whole show of it. He casually dropped an, “as a gay man,” in an interview and let the media do the rest.

Spock isn’t the only iconic character on this list played by a gay man.

Wentworth Miller’s character on “Prison Break” never betrayed the actor’s sexuality. Still, Miller said that it was a load off his mind when he finally came out in 2013.

In an interview with Details, he said that his public perception was much different from how he actually felt. Michael Scofield always seemed straight, but the next entry played it even straighter.

Her character in “Juno” couldn’t get much straighter, as the whole movie revolved around her pregnancy. Page said she came out to try to make it easier for others to do the same. Juno MacGuff was undoubtedly straight, but no one really knew the sexuality of our next surprising entry.

“Game of Thrones” star Kristian Nairn was never shy about his sexuality – nobody ever asked him. Nairn came out to the public in a 2014 interview with WinterIsComing.net, saying he was always open about how he leaned. To be fair, Hodor might be gay as well for all we know. Nairn was never hiding from anyone, and neither was the actor on our next slide.

Like Nairn, Jim Parsons of “The Big Bang Theory” wasn’t living his life in the closet. He took his partner to events, but no one seemed to notice.

Eventually, Patrick Healy of “The New York Times” did a piece on Parsons, outing him as a gay man. Parsons didn’t mind, and later told James Lipton it was a wonderful experience. One of Sheldon Cooper’s favorite movies might have featured a gay character as well.

While Viggo Mortensen has been married and has a son, some have questioned which way the actor leans. There’s speculation that he might be bi at least.

If this photo is any indication, there might be some substance to those rumors. Mortensen isn’t the only person with questions regarding his sexuality. Our next entry almost exclusively played a womanizer.

Although Charlie Sheen has never explicitly stated that he likes men, women, or both, there’s too much smoke not to be any fire.

There have been countless rumors and even a reported video that shows Sheen giving oral sex to another man. This news was surprising to many who took his womanizing characters at face value. Now, they seem like more like overcompensating than anything else.