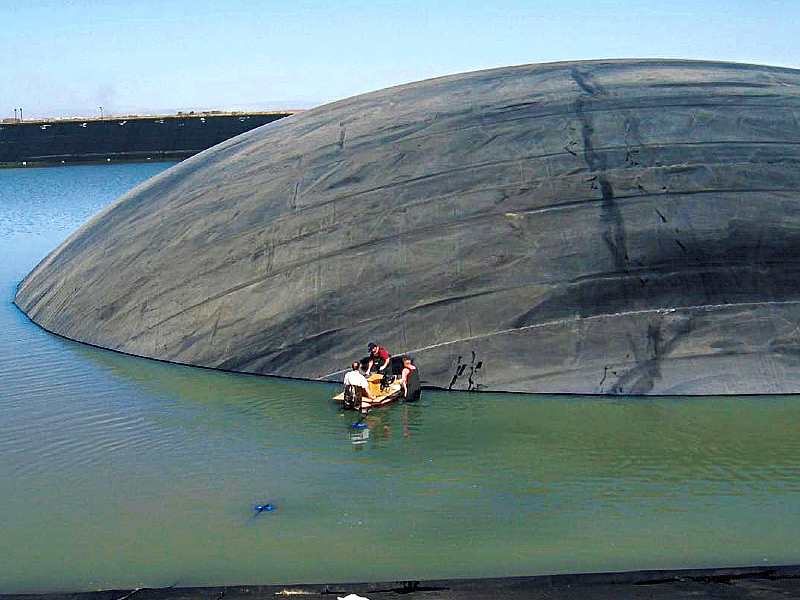 The first swell wasn’t even noticed – even by those standing right over ground zero.

But after a few minutes, the earth cracked and swelled, like a giant beast taking a deep breath. And as per modern custom, everyone pulled out their phones to film the sudden, terrifying phenomenon. Only one person in the entire crowd knew the truth, and he was the only one to yell “Run!”

Glen had a bittersweet relationship wit the summer months.

On one hand, the sweltering heat made him feel like a rotisserie chicken that was about to blacken and burst into flames. On the other hand, his iced Golas sold faster than you could say the name. However, this summer was a bit strange.

Normally, his province of Haryana would be hammered with heavy rains, but the first couple months it had been dry as a bone. It wasn’t until last night did any water finally fall from the heavens.

Still, he happily sold all his stock for the day, and it wasn’t even lunch time yet. He carefully folded his profits and slipped it into his pocket. Maybe he would treat himself to a lassi. Suddenly, someone nearby started yelling.

“Hey, you knocked it over!” one man yelled to his neighboring vendor, pointing to the rickety table he used to roll dough – his day’s labor seeping into a muddy puddle. The other man glared and said he didn’t.

The fight quickly escalated, and they were about to come to blows, when everyone around them lurched like they were all on a train that had taken a sharp turn. Glen saw the ground move.

It was slight at first, like a little hiccup under the earth.

The ground below the little circle of food merchants rose again. This time, it was enough to send the entire group scrambling to find firmer ground. Glen stared in awe. What was going on? He quickly pulled out his phone, and just in time for the worst part.

It was like a massive creature lay under the soil and was taking its first, deep breaths.

The brittle, dry outer layer cracked like a shiitake mushroom, revealing the slick mud underneath. Glen shook his head in confusion. One onlooker said something drained the blood from everyone’s faces.

“But it should be dormant!”

The five simple words made everyone, including Glen, realize that there was a dormant volcano on the outskirts of their city. But to them, it had just been a dwarf mountain that brought in tourists. “It couldn’t be,” Glen muttered.

Even as Glen’s blood ran cold and his face turned as pale as a ghost, every fiber of him wanted to deny the possibility.

The earth swelled again, and this time it was enormous. It broke the outer crust and oozed out like an enormous, brown pimple. Someone yelled, “Run!” and the crowd scrambled to get away from the growing phenomenon – and all of them praying that nothing molten would burst forth. Glen grabbed his cart and pushed it as fast as he could.

He didn’t stop until he was at least three blocks away. Only then did he turn around and look back on the huge, earthen bubble as it grew and slide to take over more real estate.

But in the middle of the commotion, Glen saw one old man shaking his head and laughing. “So foolish,” he said. Why was he taking things so lightly?

Glen asked, “Why are you scared?”

The old man laughed louder. “Because you’re all scared of dirt.” Glen felt a spike of indignant anger. Of course they were running! What else were they supposed to do? But the old man’s explanation made him shrink in embarrassment.

He said that, yes, everyone should move away, but there wasn’t anything to be worried about.

It turns out the old man was a local farmer and had seen the phenomenon before. The strange event were because of one of two possibilities – and neither had anything to do with a volcano rising up and destroying the city.

Natural Gases From Below

The first possibility was methane.

It wasn’t uncommon for methane to build up under the ground in some places – anywhere really. Either it would find a way out through cracks, or, in this case, make a mud bubble. This one was just large. Plain and simple. The second reason, however, was probably the truth.

The answer lay within their strange weather over the last few months.

Since it had been hot, the ground had dried out. But their area had a lot of clay – so much that the man said he didn’t need to buy pots, he could just dig in the ground and make his own. Why was this important?

The dry ground had suddenly found moisture from the recent rainfall.

The clay had shrunk during the drought, but now it was expanding. This made the soil swell up. The only real danger was getting suck for a few second and really dirty. Glen let out a sign of relief and looked back at the event.

Yes, it was a good idea for everyone to get out of the way, but now as he saw people frantically running for higher ground, he found himself chuckling like the old farmer.

Not only did he have an interesting video for his social media pages, but he had also been reminded of just how valuable their elders were. They were a vast ocean of knowledge.