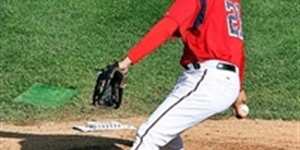 The strikeout. It’s the ultimate test of a pitcher’s mettle. Sure, there’s something to be admired in a pitcher that can induce ground balls and pop-ups at will, but no one garners more respect than a guy who can make Major League hitters completely whiff. Case in point, every real baseball fan knows exactly who Kerry Wood is, because even though he’s only won 86 games over the course of his injury-plagued career, he once struck out 20 batters in a single game. When it comes to pitchers, there’s just nothing that carries quite as much clout as mastering the strikeout. 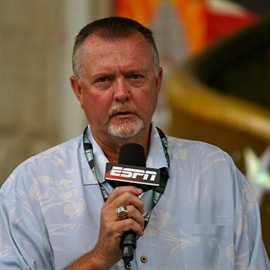 Called up to the majors at just 19 years old, Bert Blyleven quickly made a name for himself in Minnesota by notching 10 wins and winning the American League Rookie of the Year award. Despite only leading the league in strikeouts in one season and only appearing in two All-Star games over the course of his 22-year Major League career, Blyleven’s consistently sharp curveball helped him fan more batters than any other breaking ball pitcher in history. After 13 unsuccessful years on the ballot, Burt Blyleven was voted into to Hall of Fame in 2011. 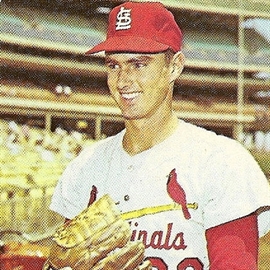 For a time in the 1980s, Steve Carlton actually held the career strikeout record before Nolan Ryan passed him for good – but make no mistake, “Lefty” was a pitcher just as formidable as his contemporary. Over his 24-year career, Carlton started 109 games, winning 329, including a remarkable 27-win season in 1972. Playing his best years in Philly from 1972 to 1985, Carlton led the league in strikeouts five times, wins four times, and was a perennial contender for the Cy Young, becoming the first man in baseball history to win the award four times. 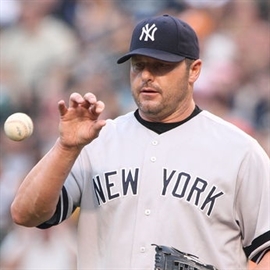 Whether or not he used certain illegal substances, there’s no questioning that Roger Clemens made himself quite a living by embarrassing Major League hitters. The man they called “Rocket” started 707 games in his career and made an impression on every single batter he faced. Clemens relied heavily on his power fastball in his early years, then, as if he wasn’t hard enough to hit already, he developed a devastating splitter to go along with it. In his time in the majors, Clemens won a record seven Cy Young Awards, one MVP, and made 11 All-Star teams, all while striking out nearly a batter an inning for his entire 24-year career. 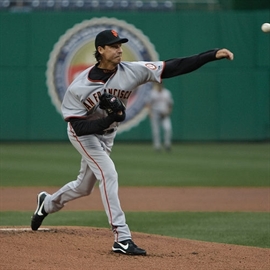 Randy Johnson was shipped out of Montreal after a disappointing start to his career, and after that, “The Big Unit” just took off. Over a 22-year career, Johnson led the league in total strikeouts nine times, and averaged more than 10 strikeouts per nine innings for 14 straight seasons, 16 in total. The lanky, 6-foot-10 hurler was known for his blistering fastball, and became even more formidable once he developed his fierce slider. By the time he retired at age 46, Randy Johnson had won five Cy Young Awards, made 10 All-Star teams, and fanned the second-most batters in MLB history. 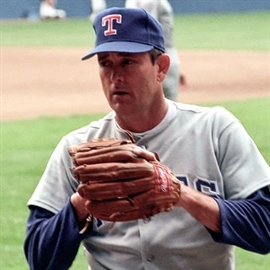 Not a big surprise here, Nolan Ryan was an absolute fire-baller and is baseball’s unquestioned king of the strikeout. Ryan’s 27-year career in the majors had him suiting up for the Mets, Angels, Astros, and Rangers, but regardless of the uniform he was wearing, all he did was blow hitters away. “The Ryan Express” led the league in total strikeouts 11 times and strikeouts per nine innings 12 times. Playing until the ripe old age of 46, Ryan appeared in eight All-Star games and is still Major League Baseball’s all-time leader in strikeouts and hits allowed per nine innings pitched (6.55). 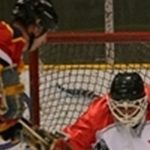