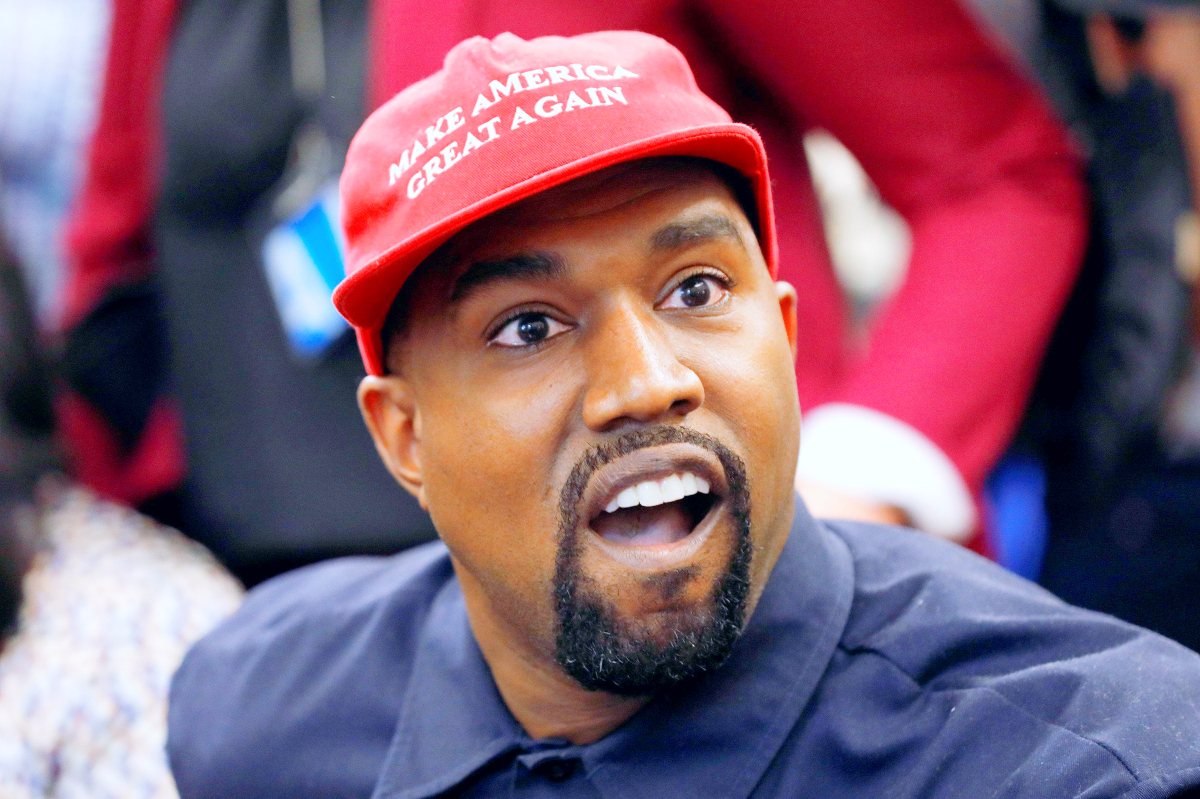 Kanye West is not a man that lets his grievances slide without some kind of controversial explosion. In fact, it’s entirely possible to trigger the rapper’s wrath simply by not giving his live performances a perfect score (true story).

So if you’ve ever wondered what his reaction might be if a TV actor went to his wife’s hotel room when she was getting ready, you’re in luck! His long-suffering ex-bodyguard was there to witness the whole thing.

Kanye’s ex-bodyguard Steve Stanuli has revealed a string of bizarre behaviors he witnessed from the star while he was under his protection, and it all started with a confrontation in an elevator: “The first day I met him, we get into the elevator and he says, ‘Aren’t you going to push what floor we are going to?’

It was Steve’s first day and he didn’t know what floor they were going to, but that didn’t stop Kanye “ranting and raving” at him. And things only got stranger from there.

A bodyguard’s job is to keep their client safe in chaotic environments, which was made especially difficult for Steve when Kanye wouldn’t actually let him get near.

“He wanted you to stay 10 paces behind him on a city street,” said Steve. “So, obviously, if someone is going to come up and do something, by the time I try to run up and prevent it, it would have already happened.” But Steve would soon witness the consequences of getting too close to the rapper.

One of the biggest issues for celebrity bodyguards is keeping their clients’ safe from overzealous paparazzi – and that went double for superstar Kanye and his wife Kim Kardashian. But it would be all the more tricky if the photographers were receiving constant tip-offs.

“There’s no way paparazzi don’t get called upfront. Every time they are leaving, all these people know about it. There’s definitely somebody calling ahead.” And this claim would seem to check out, considering Kanye’s history of anger when people aren’t ready for him.

Like when Kanye lost his temper over Bonnaroo Festival organizers failing to get him a primetime spot, which resulted in him turning up two hours late. The rapper explained the reason was that the “squid brain” management wanted to put him on when the sun was still out despite his performance involving an elaborate light show.

Kanye explained in all caps, “IT’S NOT CALLED GLOW IN THE DARK FOR NO REASON, SQUID BRAINS!” And that’s nothing compared to how he treats music critics if they don’t praise his live shows.

Steve was well aware of Kanye’s prima donna behavior before he took the job. He’d read about Entertainment Weekly writer Chris Wilson giving Kanye’s “Glow in the Dark” tour a B+ in his write up, and the star responding with a furious critique of his own. He wrote on his personal blog, “What’s a B+ mean? I’m an extremist, its either pass or fail! A+ or F-!”

So if a B+ is enough to make Kanye lose his mind, you know he’s not going to be happy with an award-winning actor going to Kim’s hotel room.

In fact, Kanye has been so furious with celebrities crossing him that he’s even demanded that they write to him personally to say sorry. That’s what happened to “Bulletproof” singer La Roux when she met him in a studio and it got back to Kanye that she thought he was “weird.”

“I was sat there on my sofa lol-ing to myself like, ‘Dear Kanye…’ They told on me. It was ridiculous.” But what ex-bodyguard Steve witnessed couldn’t be patched up with a simple “sorry.”

Steve seriously had his work cut out for him taking care of Kanye and Kim, and regularly found himself chasing after the star in his own car. He explained that Kanye once left the apartment in such a rage after an argument that he later found him sitting on the highway alone. But the “Heartless” singer wouldn’t get into Steve’s car until he took the child seats out of the backseat.

It seems Kanye insists on playing by his own rules, no matter how inappropriate – even when he’s been invited on a primetime TV talk show.

When Kanye appeared on Conan O’Brien’s “Late Night”, everything was going great until he suddenly brought the interview to a screeching halt. “I have to use the bathroom really, really bad,” he told Conan.

Being a good sport, Conan allowed him to take a break and praised his call of nature for “adding a sense of urgency to what you’re saying.” If only Kanye extended the same kind of courtesy to the people that work for him.

Steve said that he was never even offered so much as a glass of water when watching over Kanye. “I would go to a restaurant with him and watch him to make sure nobody was bothering him. Not once was I offered a glass of water or a soda. That was never his mindset, ” he told the Daily Mail. “I don’t think he ever said two words to me.”

But Kanye had more than a few words to say to him when it came to Kim.

Steve – who had appeared in “The Sopranos” and won a Best Actor award for his role in indie film “The Invisible Life of Thomas Lynch” before his career change – was waiting in the hotel lobby for Kanye and Kim’s rental car to arrive when he decided to go up and check on them.

“I went up to the Presidential Suite. The door was open and I happened to see Kim,” Steve explained. “As I was walking up to Kim and the room, Kanye walked by. He came from around the corner and saw me walking towards the room. I turned around and said, ‘Hey Mr. West! How you doing?’” Kanye slammed the door, and that was the last Steve heard from him before his colleague handed him a letter a few minutes later.

Steve was stunned to discover that he’d been fired. He wondered if there had been some kind of misunderstanding. “The way he was situated, maybe he thought I was there longer or walking up for a different reason. I had no intention of hitting on Kim Kardashian. I am happily married. I got enough problems in the world and three young kids, so that was not my intent. It was just to see if they were going to get to the Met Gala at a particular time.”

How much money would it take for you to work for Kanye West?