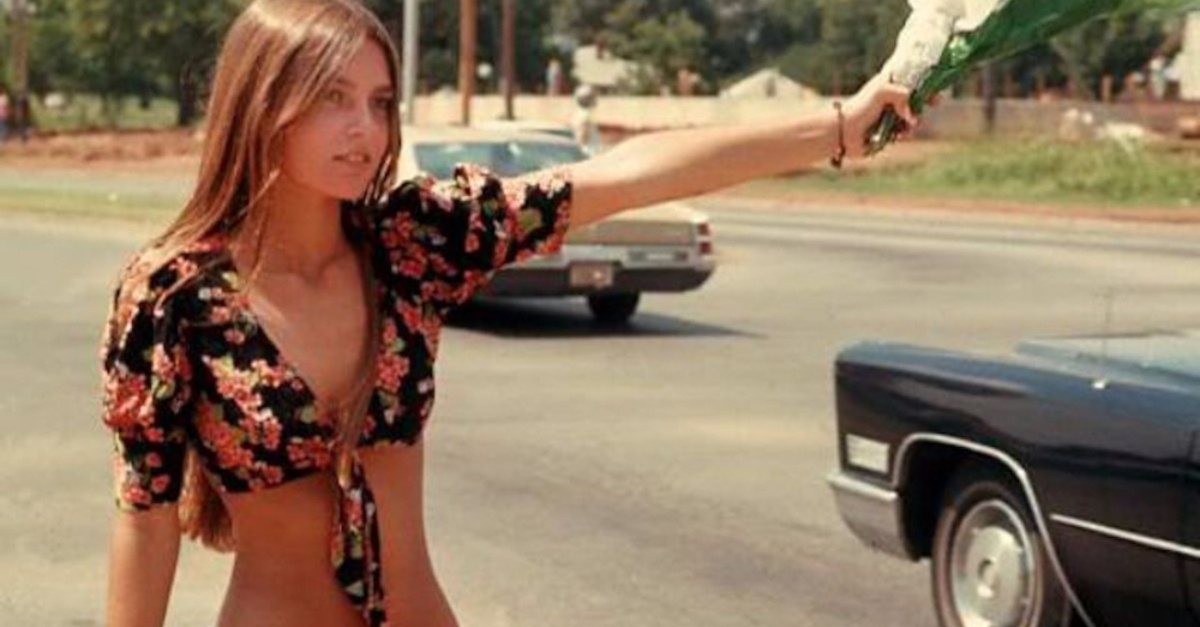 A Peek Into History

Depending on when you were born, these vintage photos will either make you feel a surge of nostalgia or make your eyes pop!

From famous faces to iconic fashions, take a look at the era of Disco and autumn tones.

During this time, the book “Coffee, Tea or Me?” was written by Donald Bain made the life of stewardesses seem like girls full of free love and living hijinks.

Two years later, the author admitted that all the stories were a lie. Despite the era-appropriate short skirts, they were just hard-working women who didn’t like to be hit on. But by then, it was too late and the stereotype was born.

Things like holiday parades, school events, and other spectacles often got a lot more money thrown their way when it came to celebrations.

Seeing an elaborate costume for “whatever reason” was commonplace – especially around Christmas.

Suits and trousers for women wasn’t a new thing in the 70s.

But it was still part of a movement against discrimination – which girls and boys having to wear different uniforms to school. It was also another burst of fashion with all sorts of style choices in color and cut.

Seeing platform shoes nowadays is as common as anything.

However, in the 70s they had a huge burst of adoration. You couldn’t walk five steps without seeing a lad or lady wearing a platform heel – and obviously in the traditional colors of the decade.

A Horse, Of Course

Legend states that on May 2 of 1977, Bianca Jagger made the grandest entrance of all time – on a horse.

She later told everyone it was the club owner’s idea, not hers. However, without a doubt, she loved the spectacle. And no doubt the audience loved it even more.

It wouldn’t be the 70s without some oversized object to show off a business.

Randy’s donuts was a staple in Los Angeles since ’52. It’s actually still around today. You’ll always find someone in line with a wistful smile, remembering moments they had spent there when they were younger.

You might recognizer her from a famous movie about a yellow-brick road.

But anyone in the 70s also knew the Wicked Witch actress as “Cara” from the Maxwell House commercials. See even stars back then would endorse products … or become famous because of them.

Long before cell phones, if someone wanted to call someone, they had to use payphone.

In university dorms, the price of calls was usually included with tuition so students could call whoever for however long they wanted. But with chatty people taking as much time as they wanted, long lines would form. This, however, created a unique kind of late-evening party where girls would snack, chat, and listen to music while waiting for their turn.

Did you know that between the 40s and late 60s, pinball was outlawed because the government thought it was gambling?

But wasn’t until the 70s did they realize it was more about skill than chance and finally let the public play again.

If you’ve seen the Studio 52 movie, you might know of the famous partying granny.

If not, the picture speaks a thousand words. “Disco Granny” would often show up in colorful clothes, converse sneakers, and funky glasses – and always liven up the party. She was proof that age is just a number!

While Burger King was around since the 50s but in the 70s it got a makeover.

Former MacDonald’s exec, Donald N. Smith, made all outlets have the same menu, introduced a breakfast option, and gave the franchise a makeover with red, orange, and brown tones – which were uber 70s.

It wouldn’t be a summer day without seeing a Mister Softee truck.

There might have only been two flavors – vanilla and chocolate – but the toppings, dips, or sprinkles were vast and the combinations infinite. Lines of adults and children all waiting for their turn was a staple of summer experiences.

None of the younger generations will know what full-service gas stations were like.

Remember when you would just pull up to the pump and turn off the ignition? Someone would come out, take your “gas order” then check your oil levels, wash your window, and whatever other freebies were included with the experience.

If you think the New York subway is bad now, in the 70s it was an entirely different world!

They had even less money and were even more understaffed. This meant that graffiti and other vandalism was everywhere in the cars. But, people always adapt, and these girls are just relaxing on their journey to wherever.