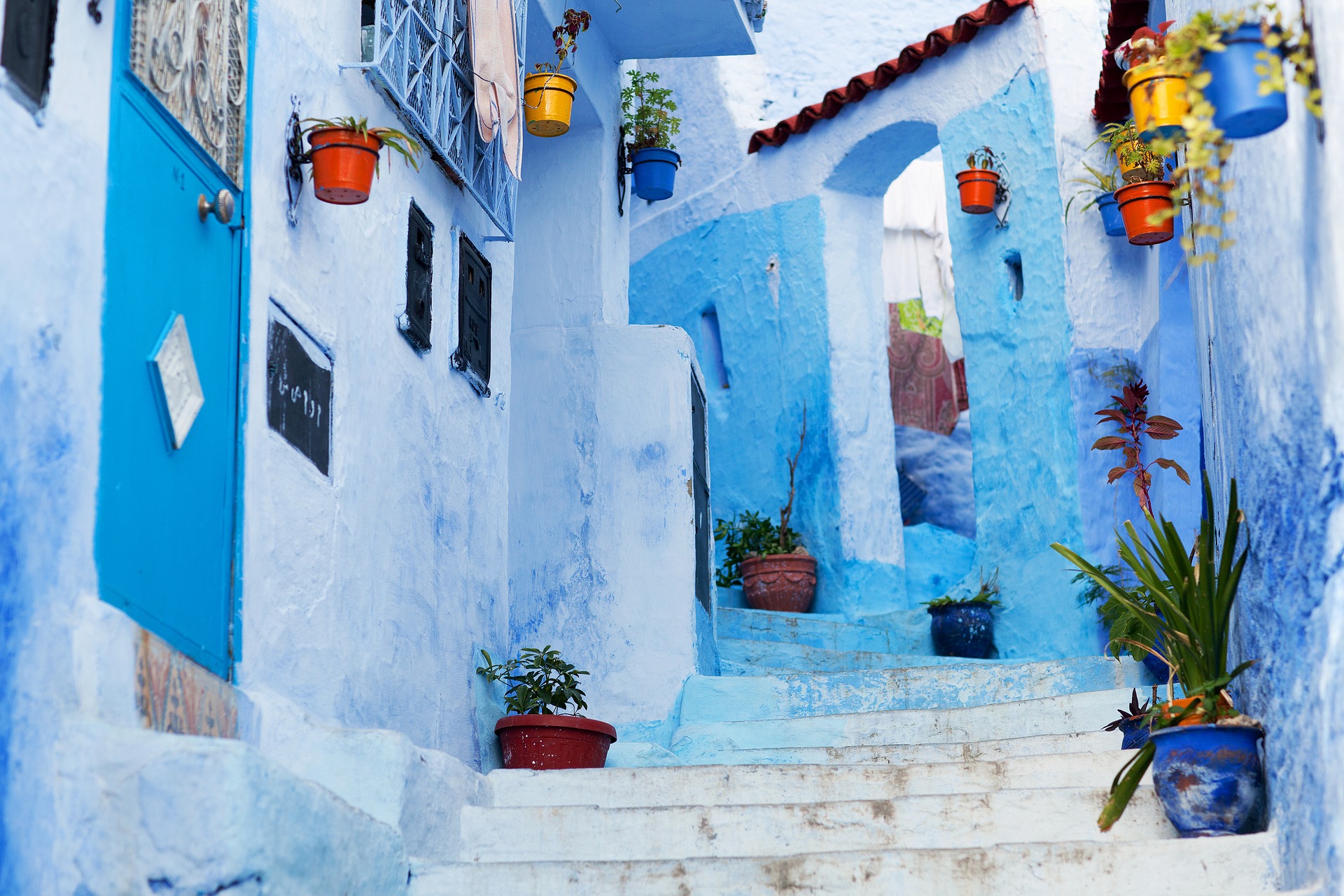 Insta-famous personalities look for authenticity mixed with exotics, and to their utmost joy, they can easily find these elements in 5 highly Instagrammable cities in Morocco!  Shop Hotels in Morocco at Tripadvisor.

For some, one of the most important things to check off our bucket-list when we travel is to take Insta-worthy pictures. Ideally, when the place in question represents a drastic change of scenery, we want to make sure to shoot artful pictures that will boost our Insta-influence ranking and up our hashtag game.

Perched in the far-left corner of the African continent, Morocco cleverly embraced various cultures that came in contact with its citizens. It has been called “home” by people from different origins: from the Amazigh and Maghrebians to the Spanish Andalusians and the Sub-Saharan Africans, they all left their ever-lasting mark in the country, in one way or another.

To the delight of culture lovers, especially photographers, these influences met but never clashed. Thankfully for all of us, this provides marvelous landscapes for photo sessions.

With all of this in mind, what city could feed your hunger for a perfect Instagram feed? With vivid backgrounds and architectural heritage, these 5 Instagrammable cities in Morocco will transport you to what feel like another world.

5.) The Desert in Merzouga

Merzouga may be the only city that will abide by the stereotype of African cities, with its desert and camels.

Merzouga is a village in the Sahara Desert, on the edge of Erg Chebbi, with 50km long and 5km wide set of sand dunes. Reaching up to 350m high, these golden sand dunes set any picture apart from the others. It is the perfect place for a #WonderInDesert Instagram story after you go on a camel safari to the dunes at sunset. If you have good gear and would love snapping starry skies, then the quiet and lightless night of the desert would suit you perfectly.

Pro tip: Clutch your phone tightly, it’s going to be a bumpy ride!

Fez takes pride in the preservation of its ancient artifacts, historical sites, architecture, and traditions. If you don’t want to miss the tiny details that make the beauty of the city, open your eyes wide!

You can head to the oldest degree-awarding university in the world, Al Qaraouyine University. You will feel the distinguish Andalous culture in every corner of the prayer rooms, the courtyard, and university. Then, swing by Dar El Makhzen, the main palace residence of the King of Morocco. Its the meticulously crafted exterior and Golden Doors will make you scream INSTA-SENSATIONAL!

If you still have time, you might also want to capture one of the skillfully designed pieces of Zellije (mosaic tilework) at Zaouia Moulay Driss the Second.

Chefchaouen! The blue pearl city. One of the coolest cities I've ever seen. ᠅᠅᠅ There are several myths to why they painted everything blue. One is that it keeps the flies and mosquitos away or another is that when the city received an influx of Jews escaping the Spanish Reconquista they brought a tradition of painting buildings blue. Whatever the reason, we're happy it's blue 🙂 📸: @lisahomsy ᠅᠅᠅ . . #sheisnotlost #americanstyle #wearetravelgirls #ladiesgoneglobal #globelletravels #tlpicks #travelandleisure #beautifuldestinations #beautifulmatters #womenwhotravel #womenwhoexplore #traveltagged #youmustsee #lifewelltravelled #femmetravel #travelblogger #viaparadise #chefchaouen #morocco

The “Blue Pearl” in the north of Morocco should definitely be on your bucket list. The architecture of Chefchaouen is strikingly similar to the one of Santorini and other Greek villages. Its short and small houses are stacked on top of a mountainous area with unsettling shades of blue that compete with the sky.

This soothing blue palette, the arched architecture of the city, and the numerous plants hanging around make a perfect background. Just position yourself and proudly wear a Taraza, a traditional hat with multicolored pompoms dangling on the sides, and take your perfect pic!
If you are a more #ZenLifestyle type of person, then this quiet city is perfect for your yoga session.

Oh, and there cats EVE-RY-WHERE! (When did a cat pic fail to be cute?)

Pro tip: Take a tripod! You will want your pictures to have as much blue as possible in them.

When you tell someone you’re going to Morocco, they may look at you quizzically, but when you tell them Marrakech, then they nod instantly! This tells a lot about the notability of the city.

Marrakech has since long been a must-see city to anyone visiting the country, which pushed the famous TripAdvisor website to rank it first in its World’s Best Destination report on 2015.

Camera in hand, first head to the Old Medina, where you will love getting lost in the maze of colorful shops. Ask to take pictures of the insides of the tiny workshops of Maalems (professional art crafters). They will evoke a certain sense of wonder and mystery with the shops’ dim lights!

Next, turn to the Koutoubia Mosque, where you will marvel at the meticulously built mosque and well-preserved garden. One thing is sure, you will use your #DailyArchitecture tag more than once! After this, when the sun starts setting, walk to Jemaa El-Fna, the square market of the city, UNESCO’s Masterpiece of the Oral and Intangible Heritage of Humanity. There, storytellers, musicians, and performers take over the place to entertain the eager crowd.

Pro tip: Keep your camera on at all times, you can never predict what happens in Jemaa El-Fna!

Fresh seafood, sandy beach, laid-back atmosphere, and Gnawa music, that’s what will be waiting for you in Essaouira.

Those who know this city in the South of Morocco call it the Windy City of Africa, due to the coastal wind blowing in. Any selfie you take there will probably have your hair flowing in all directions! If you take this picture in the harbor of the city in front of the perfectly stacked blue boats, then you already have a double-tap from us!

What propels this city to the top of our Top 5 Instagrammable cities in Morocco is, however, its Gnawa Music Festival. You will witness (and capture!) the magical essence of the city. Essaouira hosts Gnawa performances, a traditional genre of music that finds its roots in Sub-Saharan music. With people coming from all over the world, your pictures will be an explosion of colors and clothing styles.

Pro tip: Ask a local for a traditional hat and Nouakess (a small musical instrument) for a quick picture!

After you plan your perfect journey to visit these Instagrammable cities in Morocco, make sure you include all these hashtags in your feed, you want to make sure everyone knows your aesthetic game is on point: #IntaMorocco #RiadLife #kasbahMarrakech #thekasbah #instachefchaouen #instablue #StreetsOfMorocco #PeopleOfMorocco #medina #Maroc