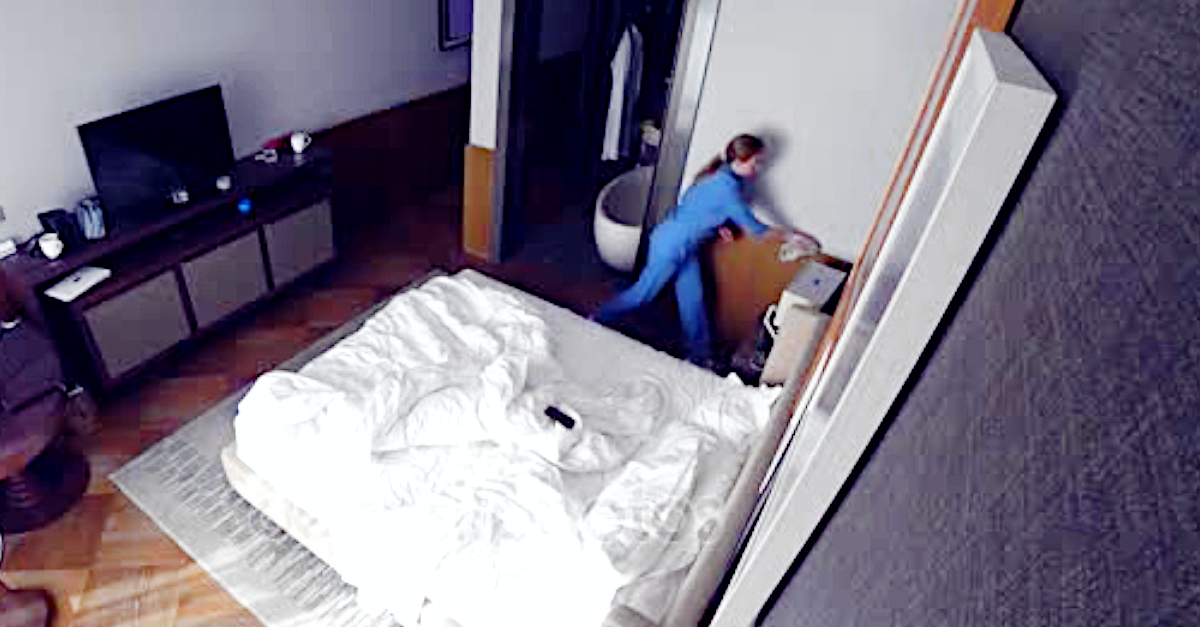 No One Will Ever Know

Sometimes, videos that might seem completely innocent have some terrible backstories. A lot of weird and uncomfortable things happen behind the scenes, things that no one will ever know about.

The TV Show, The Willis Family, ran for two seasons on TLC. While the 14-member family seemed to have a perfect life, the truth was much grimmer. The dad was a very controlling person and turned out to be an awful father.

What seemed perfect on-screen was, in fact, horrible in reality. The show was unknowingly displaying a fake life, and everyone was shocked when they found out that the family was actually living a difficult life.

The song character Anne Marie sings in “All Dogs Go to Heaven” is about wanting a loving home. The actress who sang it, Judith Barsi, kept breaking up into tears while recording it.

People later found out that her home life was awful, and the song made those difficult times resurface. She passed right before the premiere and never got to see the movie in the end.

Carmen Miranda, the famous singer, and dancer of the 1940s, performed on Jimmy Durante’s show on August 4, 1955. She briefly dropped to her knee at the end of her performance but got back up afterward.

She later passed that same night from heart complications. Everyone was shocked. Her fall was actually a sign of her declining health, but no one realized it.

There is a video of a Russian influencer who organized an elaborate party for her birthday. The party was organized at a swimming pool, and she had the idea of pouring dry ice into the water for visual effect.

People who inhaled the fumes got hurt and even ended up in the hospital. The party became a famous disaster.

These teens found a suitcase in Seattle by the sea while filming a TikTok. They were all excited and laughing, but they discovered the signs of a terrible crime when they opened it. They quickly alerted the police, and everyone was in shock afterward.

Suppose it had been cut right before discovering the suitcase. In that case, it could have been just another boring TikTok every teenager does. I think it’s the most cursed thing I’ve ever seen.

There is this video of a band performing in a bar in Thailand. Everything went smoothly for a while, and it looked just like a typical performance, but it ended abruptly minutes later.

The entire place burst into flames and was completely destroyed in the fire. People had to be taken to the hospital, and the whole evening was beyond ruined.

In the 90s, there was a popular hit song by a band named Soul Asylum called “Runaway Train.” It’s a soft power ballad with slightly melancholic lyrics, typical for the 90s.

The video is not typical. I can not stop myself from tearing up when I watch it. It features pictures of over 30 missing persons, many of which have been found because of the song’s popularity.

Dr. Nassar was one of the doctors for USA gymnastics. He had a lot of videos on his website demonstrating various sports and medical techniques.

His training videos looked professional on the surface. But some of his techniques were totally made up, and many people got hurt. There’s even a Netflix documentary about him.

In 2016, YouTuber Brittani Louise Taylor uploaded a video titled “I’m Engaged and Pregnant.” She enthusiastically talks about a man she had met on Tinder how she is now pregnant.

After the birth, it emerged that this man was never in love with her but was just pretending to be and using her for his own interests. He turned out to be an awful partner too. Be careful when you swipe right!

A popular 18-year old YouTuber uploaded a reveal of the supercar he had just bought. His Steam account containing over 100,000US dollars of in-game items was banned 6 months later.

This caused him severe distress, leading to a chain of events that ended up with his passing. All his YouTube subscribers were shocked at the news.

The last Twitch stream of this gamer was interesting, to say the least. Going by the username Reckful, the streamer jokingly commented that the world is just a simulation and maybe the only way to escape is by passing away.

The streamer did pass away days later, leaving everyone in shock. The circumstances of his passing were very similar to his brother’s, which made it even more jaw-dropping.

The music video for the song “Mother Love” by Queen has a disturbing sacred hidden behind it. Freddie Mercury recorded most of this song, but Brian has the last verse.

While recording, Freddie stopped and said he was tired and would finish the rest some other time. He never did, resting at home during his final days before his passing. Biran came back later and finished the last bit.

Many people probably remember Minecraft Family, a wholesome YouTube series in the early days of Minecraft where a family, the son, his dad, and sister would play together. It was funny and had a lot of viewers.

However, it was later revealed that the life inside that family was terrible. The father was an awful person, and the son said that the only time they felt like a real family was when they were playing Minecraft together.

There is a low-quality video that first showed a street from the view of a balcony, then the camera shook rapidly, and it ended up showing a mirror. In the mirror, you could see a young woman holding her phone.

Apparently, the camera’s shaking was due to a terrible accident the woman who was recording had at the time.