Array ( )
Top5 » Trending » Viral Videos » Before There Was ‘Viral,’ There Were These Classic Internet Videos

Before There Was ‘Viral,’ There Were These Classic Internet Videos 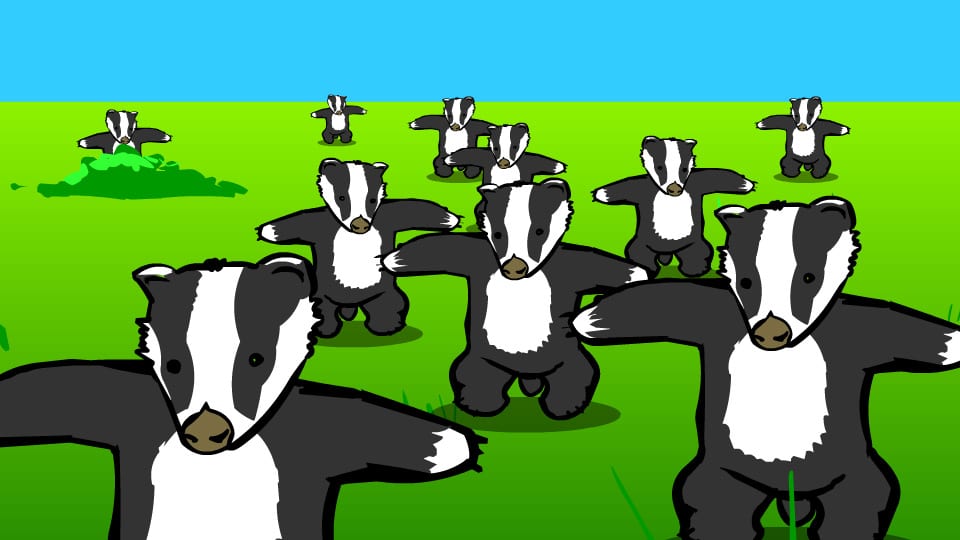 Before the advent of mainstream meme conduits like Instagram, Twitter and YouTube, the internet was both more lawless and innocent than it is today. On one hand, primordial forms of social networking and message boards dedicated to hyper-specific topics made it seem like the internet was geared toward “computer people” — in the late ’90s and early 2000s, the corner of the Web that spawned bizarre classic internet videos still seemed sectioned off from the part of the internet your parents used.

But those early viral videos also played a key part in bridging that gulf. Today, in an era of tech ubiquitousness, where everyone from your grandma to chain brands like Pizza Hut has a Twitter presence, it’s tough imagining the internet ever seeming “novel.” It had practical applications then, too, of course — email, instant messaging, to name the two big ones — but for many, the internet was less a life-governing entity and more just a baffling new form of media.

The first time I bonded with my parents over something related to the internet was when we started sharing viral videos with each other. These days, viral content is transient — a gazillion funny pictures and videos are posted on Instagram and Twitter every day, and it takes something truly exceptional to penetrate the mainstream consciousness. But 10 or 20 years ago, you didn’t need that much. “Badger, Badger, Badger, Mushroom, Mushroom” might as well typify Shakespeare’s “brevity is the soul of wit” adage.

Some of these classic internet videos feel confined to a bygone era, but many are as funny and relevant as ever. There’s a possibility you’ve forgotten all of them. You’ll thank me later.

It should come as no surprise that one of the first viral web videos ever is the most mind-numbing. “Dancing Baby” features a clip of a creepy 3D baby model dancing to an excerpt from Blue Swede’s version of “Hooked on a Feeling” against a black background.

The video notably circulated via email chains beginning in the mid-’90’s, and, in hindsight, it’s hard to tell what all the fuss was about. Is it funny? Barely. Was it considered technologically impressive at the time? Almost certainly. This video isn’t a joy to go back and watch, but it’s important from a historical perspective — like the video game Pong or the human discovery of fire.

This meme is one of the most widely parodied, and the dancing banana itself went on to appear in a variety of Flash animations for the remainder of the decade. It’s noteworthy for being one of the first viral videos that went out of its way to be really, really annoying.

“Star Wars Kid” is one of the more controversial early internet memes, and for good reason — it was originally uploaded and disseminated without the consent of its star and creator, then-high school student Ghyslain Raza. The video — which in its original, unedited form featured Raza imitating lightsaber duel choreography from Episode I: The Phantom Menace with a golf ball retriever—was subjected to a slew of fan edits that appeared on sites like Newgrounds. The mass exposure vaulted Raza into superstardom, and he was apparently even invited to appear on Jay Leno.

In response to the bullying Raza endured as a result of the video reaching the public eye, he was sent $4,000 in donations and an iPod by a number of fans. His parents subsequently filed a $160,000 lawsuit against the families of the teenagers who leaked the original clip.

Today, “Star Wars Kid” is more iconic for its story than its content. The ensuing controversy raised serious and important questions about internet ethics and safety, which is a conversation we’re still having. Raza has since gone on to become a lawyer specializing in cyber-bullying, and his video inadvertently inspired an entire sub-genre of Star Wars enthusiasts making their own low-budget lightsaber videos — some have even gone on to become minor sensations themselves, but nothing will ever top the original.

5.) All Your Base Are Belong To Us

The now iconic catchphrase “All Your Base Are Belong To Us” comes from the intro to the Sega Genesis version of the game, Zero Wing, a mostly unexceptional space shooter. Many video games from this period fell victim to quick and clunky localizations, but very few match the sublime awkwardness of Zero Wing’s opening cutscene — a shot of intergalactic high drama that seems to have been deliberately sabotaged by a team of bored American translators. (“Someone set us up the bomb.” “How are you, gentlemen!!”)

Though it’s tough to nail down the phrase’s origins as a meme, it probably got the widest exposure with a 2001 music video uploaded to Newgrounds that featured the scene’s dialogue re-enacted by computerized voices. The video concludes with a series of images whose text has been edited to include the phrase “All Your Base Are Belong To Us.” It arguably remains the quintessential video game meme.

Almost everything about the “Badger, Badger, Badger” video that took the internet by storm 15 years ago feels confined to its time — the forced “randomness” of the premise, the rudimentary Flash animation, the EDM backing track.

It may not have a timeless quality like “All Your Base Are Belong To Us,” nor does it possess the lasting social significance of “Star Wars Kid,” but if I had to describe what early 2000s classic internet videos looked like to an alien civilization, I would probably just send them a link to “Badger, Badger, Badger.”

Though released in a post-YouTube world, Chocolate Rain nonetheless feels like a vestige of the old internet. The single — which was released in the form of a music video by Minneapolis-based singer Tay Zonday — became a viral video months after being uploaded to the musician’s official YouTube channel in April 2007, owing to the bizarre juxtaposition of Zonday’s youthful appearance and baritone singing voice.

Unlike former Star Wars kid Ghyslain Raza, Zonday embraced his newfound celebrity, appearing on Jimmy Kimmel Live!, Lily Allen and Friends, Tosh.0 and Maury, and even making the front page of the Sunday edition of the Los Angeles Times. Since then, Zonday has had a tough time parlaying his viral success into a full-time music career, but a decade on, Chocolate Rain is still as funny — and as poignant — as ever.

But at the time, someone dancing in ecstatic earnestness to Moldovan pop band O-Zone’s song “Dragostea Din Tei” in front of a webcam was just what the world was looking for. Like Tay Zonday, the video’s star, Gary Brolsma, also embraced celebrity, appearing on The Tonight Show, Good Morning America and more. Brolsma went on to become a musician himself, releasing the synthpop album Weird Tempo via CD Baby in 2008.

It was never on Cartoon Network or Nickelodeon, but to some, Homestar Runner is as iconic an early 2000s cartoon as Spongebob Squarepants or Powerpuff Girls. Like most cultural phenomena, Homestar Runner began as something of a gag. Creators Mike Chapman and Craig Zobel’s first project was a test copy of a children’s book featuring the characters that would later become fixtures of the Homestar Runner web series. Years later, Chapman and his younger brother Matt would adapt the premise of the book for a web cartoon after teaching themselves to use Flash animation.

It’s hard to imagine what Homestar Runner would be like if it were ever picked up for television. As an independent web cartoon, the series could take bold artistic risks and allude to cultural issues. It was a notch smarter than bona fide kids cartoons like Spongebob or Fairly OddParents, but it was also a far cry from the gratuitously crass Family Guy.

In 2010, the Chapman brothers put the series on hold and began contributing their writing talents to established shows like Yo Gabba Gabba! and Gravity Falls. The main site is occasionally updated with new cartoons.

Homestar Runner is at once timeless and emblematic of a bygone era, when creative projects could still succeed through word of mouth. The series’ characteristic droll dialogue and abundance of American pop culture references would prove massively influential on similarly smart cartoons that would follow, such as Adventure Time and Rick and Morty. Homestar Runner also proved that, even with limited resources, web videos could be more than just a dancing baby or anthropomorphic banana.

Armed merely with memorable characters and deep, incisive writing, the Chapman brothers’ classic internet videos would go on to influence countless other budding cartoonists who have the talent but might lack the resources. God bless the internet.

Which of these classic internet videos loomed large in your memory? Tell us in the comments! Pining for even more cool videos? Peep this footage of talented folks who’ll make your jaw drop.

These Funny Parents Recreated Their Kids' Pictures, and the Results Will Make You Wanna Be a Parent 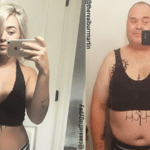 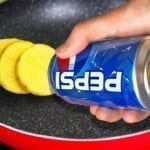 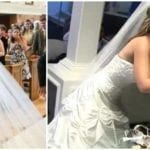 [Pics] He waited two years, but he finally got his revenge 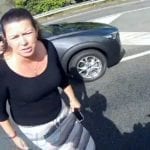 Rude neighbors block her car with a boulder, don’t realize she’s a geologist 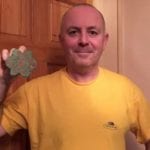 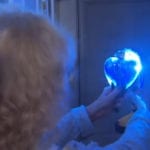 Mom Buys $2 Ornament, Jumps When She Looks Inside

[Pics] This is why home cooks should always drop a comb in the pot
[Pics] He waited two years, but he finally got his revenge
Rude neighbors block her car with a boulder, don’t realize she’s a geologist
Man Finds Old Chain, Pulls Up 2,000-Year-Old Relic
Mom Buys $2 Ornament, Jumps When She Looks Inside
Police find tunnel inside KFC, stop cold when they realize who’s on the other side
If Your Dog Stares At You, Here’s What It Means
Catelynn Lowell Reveals The Truth About Daughter Vaeda Luma