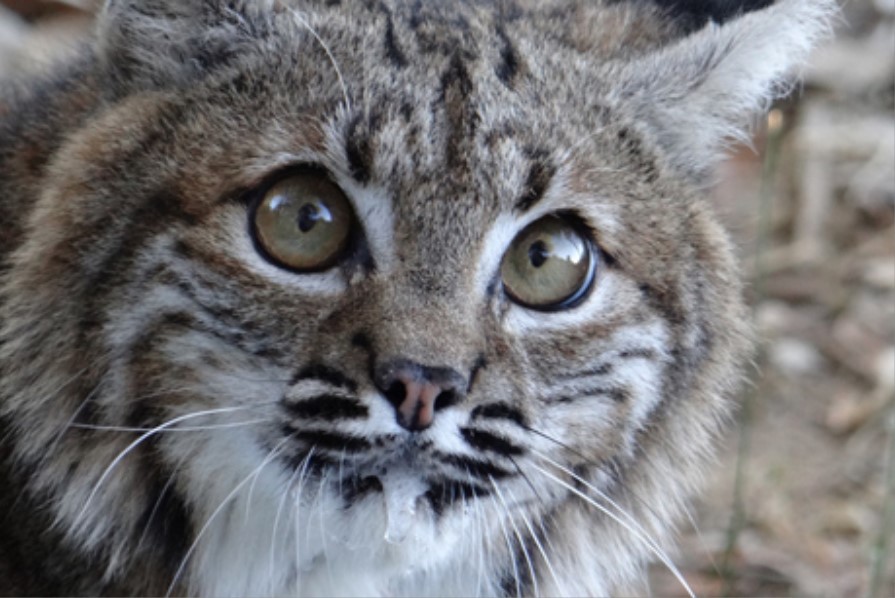 She took a double-take at her cat. Now, she knew why he had been making such a racket. Then, he let out a bloodcurdling yowl. She looked closer and realized that that was no stray cat outside her window!

But what did it want? Was her cat in danger? She would have to wait to find out.

Waffles is a typical spoiled and pampered house cat. He had only ever been outside the house a handful of times in his life but he was about to give his owner the fright of a lifetime when he brought home an unexpected love interest.

Just what would she think of this stray cat?

The domesticated house cat still has a lot in common with their wild cousins, especially when you compare them to how dogs have evolved.

Most cats still have the pleasure of going where they will, when they will and most importantly — they see who they want to see… And herein lies the secret that many cats keep.

Unlike the beloved dog, cats haven’t evolved in the same way that makes them more dependent on humans for their food.

They remain very much in control of their own lives, and perhaps that is what brings us the most joy — that the humble housecat chose us even though we didn’t breed them to do so.

And while cats aren’t generally thought to be the most social creatures, that couldn’t be further from the truth.

Both cats and dogs can have friends scattered all around the neighborhood. That might include your unsuspecting neighbor, another dog or cat…or even an entirely different species.

So, Waffles having retained his ancestor’s abilities is an impressive predator, able to hunt in near darkness in the still of the night. He has the broadest range of hearing among all carnivores, and he doesn’t have humans to thank for it one bit.

But what does he do with his cat superpowers?

So who can he thank for remaining so true to a cat’s natural state of being? Well, cats remain wild. Even though we have bred the dog to protect or fetch or dance, cats have pretty much kept their love lives out of the hands of people.

So what Waffles did was unbelievable, and his owner was gobsmacked!

Walking down the stairs upon hearing the usually quiet Waffles making quite a racket, meowing incessantly, was a bit of a shock. What happened after that though proved to be a heart-stopping moment — something between fear and awe.

Outside, pressed up against the windowpane was a huge spotted cat lying quite comfortably beside Waffles.

Stumbling across this rather unconventional sight, Emma never thought for a second that a little house cat would want to be anywhere near another cat. She had once brought home some shelter kittens to foster for a few day and Waffles had thrown a complete hissy fit.

But here he was having the time of his life, purring and chatting up his new friend. Soon he’d want to meet face to face.

But Emma wasn’t at all sure about that being a good idea. She knew that cats could be all peaches and cream one moment and then hissing and spitting the next. People didn’t call it a ‘catfight’ for nothing.

The last thing she wanted was for Waffles to get hurt. Then, she noticed that the cat outside wasn’t a cat at all.

Infinitely curious about the larger cat outside, Waffles spent all of his time following the pretty big bobcat around the house, jumping up onto window sills and quickly running to the doors to follow her wherever she went, and amazingly she always came back to him.

Until one fateful day.

It was a freezing cold day, with more snow forecast when the beautiful female bobcat didn’t come back to visit Waffles. He spent his days restlessly moving from one window to another, never settling down for long in order to keep up his vigil for his now departed mate.

Emma wondered what had happened to her and hoped she was okay.

Time passed and the Winter soon became Spring. Waffles had been pretty miserable throughout the colder months and Emma started to worry about his health as well as his broken heart.

He was losing a lot of weight and she knew she had to act quickly to save him. The vet would know what to do, surely.

Emma was gutted, the vet, having put Waffles on a mood enhancer to combat the depression, still wasn’t eating what he should be.

You could find him sitting on his windowsill overlooking the back garden where he had first met his wild bobcat friend, what was she going to do if the bobcat was gone for good?

One day, Waffles starting meowing loudly at the window and standing with his front paws against the glass. Rushing down to see if the bobcat could be back, came Emma with a camera in hand. Waffles was ecstatic and happily rubbing up against the windowpane. There outside was his lady bobcat, laying lazily in the dappled sunshine as only cats, big or small, do.

But another surprise was creeping out of the bushes. Would Waffles be happy about what was about to happen next? Emma held her breath and watched.

Waffles and Emma watched in amazement as one, two, three tawny kittens came bounding out of the bushes, with not a care in the world. It’s as though their mother had told them that this place was safe and that Waffles was indeed a friend.

Emma watched her cat intently, waiting to see what his reaction would be.

On its home turf, the typical bobcat will claim at least two or three different shelters. The most frequently used is called the “natal” den, which is often a cave or rocky cave-like opening, but in this case, it seemed to be Waffles’ backyard.

It clearly was the purrfect place to raise a family.

Mother bobcats also have ‘auxiliary’ dens spread throughout their territories which could span anywhere between 1 to 18 square miles in size. She could move her babies from one den to another as often as she needed to keep other predators off the scent of her little ones.

Emma was a little proud to be able to offer such good accommodation.

Emma was thrilled that the lady bobcat was back and even more so that Waffles was so back to his old self again. He seemed more than happy to have three extra wild friends to watch grow up and who could blame him?

They were the cutest baby bobcats Emma had ever seen, although that mainly involved what she had watched on TV documentaries.

Emma was initially concerned that Waffles would still want to get out and actually meet the big wildcat face to face, but he seemed more than content to lie pressed against the window pane and live vicariously through his wild family.

Being chosen by wildlife is an honor many people don’t receive.

Emma realized this through her domesticated house cat and his love of this potentially dangerous creature.

Luckily Emma realizes that Waffles, as much as he loves the bobcat, is not prepared to deal with such strength so he will remain inside, and they can both watch the family grow up and thrive.