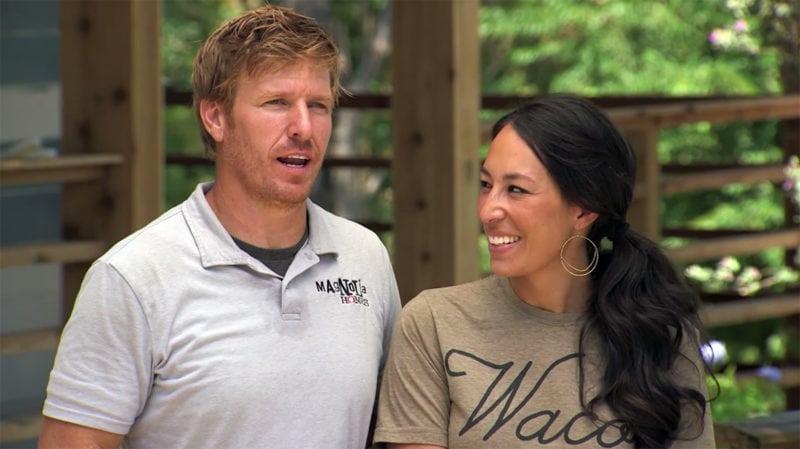 For five seasons, Fixer Upper has brought us into the lives of Chip and Joanna Gaines. Not only did the HGTV TV series show how you can turn a rundown historic home but also all theantics, love and shiplap that you could ever want! But now with Fixer Upper ending, many fans of the HGTV series are sad to see the Gaines family go and now don’t know what TV shows to fill in that time slot.

Luckily for us, HGTV, DIY and even Netflix offer a ton of there numerous home renovation shows that have come out of the woodwork. From putting together the perfect tiny house to transforming a master bedroom from drab to a tranquil paradise.

Although these TV shows might not have the same charm and quirk that people grew to love from Fixer Upper, each series has its own character and appeals to different sides of the home renovation fan.

Learn more about these home renovation and design shows (aka Fixer Upper substitutes) below!

Since premiering in Canada in 2011 and eventually moving to 150 countries, Property Brothers has become one of the HGTV’s most popular shows. It’s so widely viewed that the show has had a number of spin-offs including Buying and Selling, Brother vs. Brother and Property Brothers: At Home. And with Drew and Jonathan Scott being the series’ stars, it’s no surprise that it has been a huge hit that continues to grow.

First, they’re two quite good-looking twin brothers who are both great with their hands. And their easygoing charisma, as well as continuous banter, keep viewers glued to their screens week after week. So whether you want to see them take on a house that needs a lot of help or show how they would approach the designs for their own homes, the Scott Brothers have a lot to offer to a Fixer Upper fan in withdrawal.

Despite the scandal that changed viewer’s perception of the show and its two stars, Flip or Flop is another series that has elevated HGTV’s status as a popular TV network. The premise follows married-turned-exes Tarek El Moussa and Christina El Moussa and how they go about flipping properties around Orange County, California.

From acquiring the homes to the renovation, viewers get to see how these two former flames use their skills to not only revamp houses but also bring a successful business for their family. Although the drama El Moussas scandal caused for the network, the show is still pretty strong. And more importantly, it sparked more spin off shows that brought the series concept to Las Vegas, Nashville and Atlanta.

While construction and renovations have predominantly been done by men, Good Bones proves that women can also get in on the action. Mother-and-daughter team Karen E. Laine and Mina Starsiak Hawk are set to bring house flipping to Indianapolis, Indiana, on the HGTV show.

Good Bones is perfect for a gal pal’s night in or just to watch on your own. And it will show you how Laine and Starsiak have given various neighborhoods in Indianapolis a facelift as well as show viewers you can add a little bling and style to a renovated space.

Many viewers from all over the U.S. love the small town appeal in many home renovation shows. Home Town is a great example of this. Husband and wife team Ben and Erin Napier are on a mission to keep their Laurel, Mississippi, thriving. They do this by flipping and then selling homes in Laurel.

They also show how to reuse materials to make new pieces of furniture or wall pieces as well as utilizing local vendors for items and other tasks. The Napier’s clients always get a unique place to call home by the end of each episode. Home Town, like HGTV’s Fixer Upper, has a lot of heart and soul, which explains why the show draws many viewers each week.

Looking for something with a little competition? Then give Love It or List It a try. Now in its 10th season, the show stars Hilary Farr

and David Visentin. In each episode, a client wants a change in their home. With the help of Farr and Visentin, they are given the option to love their property and keep it or put it on the market for sale.

Farr cheers for fixing up the issues and updating what’s already there. She wants the clients to stay there. Meanwhile Visentin takes the clients to various new options to live in. In the end, he hopes that they will want to move out of their old house and move into the new one. The two stars only win bragging rights. And the fun banter between the two make it a very entertaining show.

Vanilla Ice was known as a rapping star in the late 80s and early 90s. Now he has taken a step back from the mic and replaced it with a hammer. Yes, Vanilla Ice flips houses!

The Vanilla Ice Project follows the former rapper and his team on home improvement and flipping jobs. Since he’s no stranger to the camera, he’s informative yet entertaining to watch. And if you’re into a lot of demolition, they definitely show a lot of that on the DIY series.

While the ideal house followed the idea, “bigger is better,” more people today are looking into downsizing. And now, there are lots of homeowners opting for tiny houses instead of huge mansions. Whether they are minimalists or just want to be more mobile, the tiny house trend has spread so much that FYI’s Tiny House Nation was born.

Airing since 2014, the show follows hosts and renovation experts John Weisbarth and Zack Giffin around America to see what people have done with small living spaces. While there isn’t as much actual renovation, you do start to learn tricks and ways to change up your lifestyle. The show will blow you away as it shows how the smallest of spaces can be turned into luxurious homes that has every amenity that someone could askfor.

Continuing on the tiny house train, Living Big in a Tiny House is another great series to learn more about this type of living and how to build your own home. Bryce Langston hosts the YouTube series, which brings in 820,000 viewers (and growing). In each episode, Langston visits different tiny house owners and finds out what they’ve done with their minimal space.

Living Big in a Tiny House is similar to many other tiny home shows. However, this series shows a variety of homes that convey how people approach design andwhat people find important in their homes. Langston also has a number of videos that teach you how to build various parts of a tiny home.

Finally, Netflix offers a number of different Fixer Upper-type shows. But The Great Interior Design Challenge is an interesting gem in the home design category.

The British series is more of a competition and assigns amateur interior designers various projects. And each contestant gets a real client whose room needs a makeover. Not only do the contestants need to redesign the spaces, but they also will be given task to upcycle an old item.

At the end, the three judges hear the clients’ comments and then will need to score accordingly. While you get to watch people live out their dream jobs, you’ll also get to learn more about the British’s approach to style.

What’s your favorite fixer upper show? Tell us in the comments.