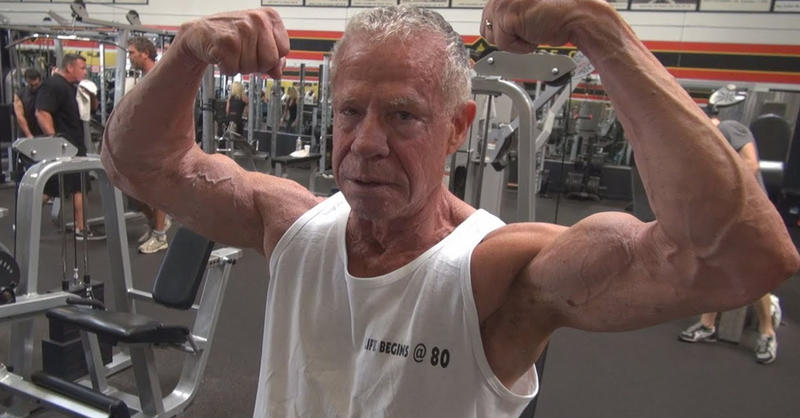 Everyone’s been in a gym at least once. From gym bunnies to amateurs, we’re sure you’ll appreciate the awkward pictures!

These photos either make you want to chuckle or cringe. But we guarantee you’ll be entertained. Let’s go!

Ever see a person at the gym who seems so driven to lift a weight as if their life depended on it? This person was really getting pumped.

This man must love the gym, he was swinging at the air and psyching himself up before benching what we imagine was his personal best.

Imagine a long day of work, you go to the gym before heading home for your workout, and then you happen upon this scene.

We feel that this isn’t the wisest way to lift weights. This guy must think he looks cool but with one mess up an ambulance may have to be called. We just hope he doesn’t learn his lesson the hard way.

This one is strange. Some people seem to forget that there are other people in the gym when they start groaning while doing reps. It probably helps push through it but have some curtesy

Do they think that people enjoy hearing their animalistic noises? But they must just lack self-awareness. Maybe they should try gyming at home next time.

This one is subjective! Some people love the bodybuilding type, others might think it’s a little too much. Especially if one area of the body is overworked much more than others. And in a bodybuilder’s physique, it’s not hard to spot.    So here’s a more controversial one. Some people live for the over-toned bodybuilder stature. Some think it’s way overboard. But either way it’s easy to spot someone with a body like that!

This guy could afford to skip arm day. We think if they were any bigger he could use them to walk! But if not managed properly it can lead to health problems.

This can happen often when an amateur joins a gym for the first time and use every machine improperly as they try to learn!

Here’s a woman using the squatting rack in a foolish way. This may look funny but can end in serious injury to the body! People need to make sure they are safe.

The “I Don’t Need Help” Type

Here’s another person misusing a squatting rack. He seemed to think that he could lift this many weights without removing any! We don’t think he did it successfully.

People just need to admit when they need help! It’s not a big deal in a gym. And it may save you from hurting yourself!

Just because gyms can have expensive fees doesn’t mean that only exceptional people use them! Things can easily disappear right under your nose if you aren’t careful!

Here’s a gym locker room with people’s personal belongings just lying around. People need to be careful! Things can go missing easily. Here’s another picture that reminds us to take care of our stuff.

When injuries happen at a gym it can be disheartening. But when things go wrong it can normally be traced back to human error.

Here’s an example of that, this man was way too overzealous with the weights and put on way more than he could take. Thankfully he was alright and only his ego was hurt.

We understand that some people have a lot of confidence but these onesies for the gym don’t belong in the 21st century!

They hug your figure and are normally in a bright color. They look hilarious! Tighter clothing doesn’t mean bigger muscles!

If you get a personal trainer, the first thing they’ll teach you about is the correct form. You may go to the gym everyday and see progress but if your form is incorrect you could damage yourself and limit your progress.

Keeping your back straight, your abs tight and your shoulders back are usually the way to go. But you can overcompensate too. So, before you start any lifting, you should get some advice.

If you have a gym buddy, you’re lucky. There’s no better motivation than someone else holding you accountable because they’re equally invested in their own progress. But there’s a line.

If this is what a gym buddy looks like, we don’t want it. This is another picture that makes us want to burst out laughing or pretend we never saw it and carry on living, unaffected by humanity’s embarrassment!

We get it. Multitasking seems to be the key to life these days. With more and more people taking up more jobs and doing more things, it’s hard to keep up! Coffee is definitely a must. BUT…

Is it really necessary to bring coffee to the gym of all places? If he’s working out as he should be, his body should be craving water – rehydration, not something as dehydrating as caffeine! Some people…

Just when we thought it couldn’t get any worse, this gym-goer spotted a fellow gym-goer taking a little break. Just a small chapter to get through in between sets. Really?

Just go to the park, man! There’s nothing more frustrating than waiting to use a machine or equipment where the person is on their phone instead of getting through their sets – nevermind taking a lie down and reading a book! Speaking of lying downs…

Some people just don’t know when to quit. Nowadays, we hear that there are many ways you could use a machine if you just connect mind to muscle and make sure you’re working what you want to work. But at what cost?

This man was seen using a leg curl machine as a neck curl machine. We just hope no one copies him. This one looks hilarious and extremely uncomfortable – even dangerous!