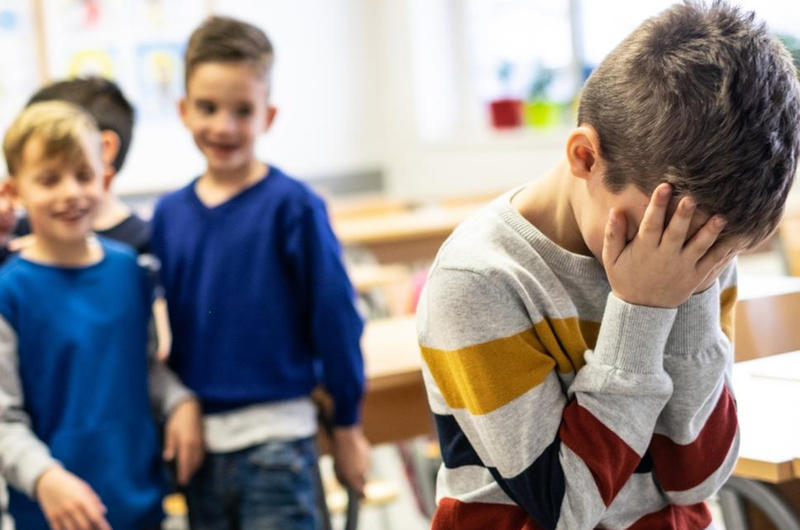 He couldn’t believe what he was seeing as his eyes grew larger and larger. This was unbelievable! It was a big number, which made him think that there was hope after all.

In all this time, he had almost forgotten what it felt like to be truly happy. For so long, so many people had been absolutely horrible to him, but things were about to change. A group of people he had never met before were going to change his life forever.

Evan felt the harsh teasing a little over 10 years ago. He always found that he wasn’t the same as the other kids his age.

Most kids in his class had wide grins and lots of friends. There was a point where a joke could be taken too far. It was when Evan’s tears started to stream down his face.

He didn’t know why he was any different, many kids had unique features. One kid had big feet, the other had big ears.

He knew his teeth were different, but why the teasing? He thought he had a bright smile, the others didn’t agree.

It all started when kids gave him stares. Then whispering started that would eventually turn into pointing and laughing.

The meaner boys even gave him the nickname “Rabbit Boy”. He felt his stomach twist into a knot every time they called him that. His mother tried to put a stop to it.

She told him to ignore them. But that was too hard. He even asked nicely for them to stop, but the teasing only intensified.

He’d run upstairs to his bedroom and cry every day. Then he overheard his parents saying something that he just couldn’t believe.

He heard the words right after he had an awful day at school. There was one girl that he really like, and he always considered her a friend.

But one day even she started to call him by the dreaded nickname. “How much?” his father said?

“The dentist said it’s the worst case of buck teeth he’s seen in his entire 25 years.”

It’s going to cost at least $12,000 to fix them,” Evan’s mother said. He silently cried at the top of the stairs as he heard what they had to say. They said that they couldn’t even afford it.

He would have to go through days with these teeth, and even after that, he would still have them.

But then one day his parents cried with happiness. But why?  Maybe they got a raise?

Even sat at the kitchen table, confused why his parents were so elated.

But when they said news report and “donations”, he finally understood. After years of torture, there was finally a ray of hope. But how much had the fundraise brought in? It wasn’t $12,000.

The news story about Evan’s teeth had gone viral.

He poured through the messages of love and support from people all over the world. The total donations that came in was just over $100,000! He wasn’t just going to get his teeth fixed, he was about to get the best of the best!

The dentist warned him it would be a painful process that would take years. But he didn’t care. He was ready to start now!

The pain couldn’t be worse than what he had to deal with at school. The first thing was to fix the angle. Most teeth sat at a 2% tilt, but his was at 12!

They moved them 15mm and it already made a huge difference. But that wasn’t the end of things.

Evan gratefully took every headache and toothache that came his way over the years. And while most kids cried when they got braces, he was the happiest he had ever been!

Slowly, the teasing fizzled into standard silliness that came with the age group. Even the girl that had stopped being friends with him tried to be nicer.

Evan sat in the dentist chair with his smiling mom right beside him.

Today was the day the braces would come off. It had been so many surgeries and metal in his mouth. But each pang of discomfort was a wonderful reminder that things were changing. The dentist took off the last bracket and handed him a mirror

They were perfect! He marvelled at his bright, shining grin. Even is mom cried a little.

The bullying had been horrible, but thanks to the kindness of strangers from all over the world, he could finally be happy again. He would be grateful forever, and he would never stop smiling.