He’s on fire! The Top 5 Sharpshooters in NBA History 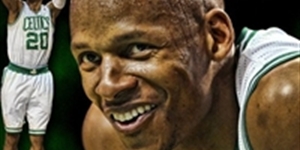 Bombers. Deadeyes. Assassins. Cold-blooded killers. No, this isn’t a list of the top five mercenaries of all time. These are all terms that have been used to describe the NBA’s greatest three-point threats. A pure shooter from long distance can turn a solid team into a truly great one, and all of these men have done just that at some point. These are the top five sharpshooters in NBA history.

Terry might not be a guy most people think would show up on this list, but if you look at his overall numbers, there’s no question that he belongs. In spite of coming off the bench for much of his career, Terry’s 1,871 career threes are actually the fourth most in league history, and he’s still going strong. Shooting nearly 38 percent from long range, Terry has solidified his reputation as one of the few sixth men in NBA history that could come off the bench and single-handedly change the outcome of the game.

Considering Billups was actually quite a late bloomer, the numbers he’s managed to put up are pretty ridiculous. Playing for four different teams before hitting his stride in Detroit in 2002, to date Billups has made 1,799 shots from beyond the arc – good enough for fifth place on the NBA’s all-time list. He’s also shot remarkably well, posting a .389 career percentage and earning the nickname “Mr. Big Shot.” Billups has long been known as one of the league’s most effective fourth-quarter shooters, always stepping up in crunch time, and never hesitating to launch it from deep.

Most basketball fans know Steve Nash as a crafty slasher, and perhaps the most gifted passer in league history, but many forget that Nash’s career has also been a prolific one from beyond the arc. The fleet-footed Canuck is tenth on the all-time list of three pointers made, with 1,652, but he owns the highest shooting percentage among those players, nailing a lights-out 43 percent from behind the stripe. Not only is Steve Nash one of the greatest deep shooters ever to lace them up, he’s also arguably right at the top when it comes to knowing when to shoot the trey.

There’s no man in league history that could go on a hot streak from deep quite like Reggie Miller. Torturing helpless opponents throughout the 1990s, Reggie was truly a shooter for the ages. Knocking down 2,560 over the course of his career, he is second only to Ray Allen in threes made, and retired with a .395 shooting percentage from long range. He hoisted and made the most treys in playoff history, 820 and 320 respectively, and proved time and again that the game’s final moments were truly “Miller Time.” Just ask the ’95 Knicks, who Miller burned with eight points in just nine seconds.

Save for his performance in Spike Lee’s 1998 disaster “He Got Game,” everything basketball related that Ray Allen has ever done has been beautiful. Allen is the owner of possibly the prettiest shot in NBA history, a finely repeated stroke that has landed the former UConn Husky atop the NBA’s all-time leader board for three-pointers made with a whopping 2,797 (and counting). Over the course of his 17-year career, Allen has hoisted nearly 7,000 three-balls, but he’s still managed to maintain a stellar .401 shooting percentage, shooting even better from deep when it counted most, notching a .435 percentage in the playoffs.

The Top 5 Most Difficult Holes in Golf 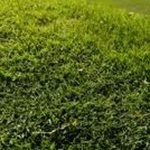