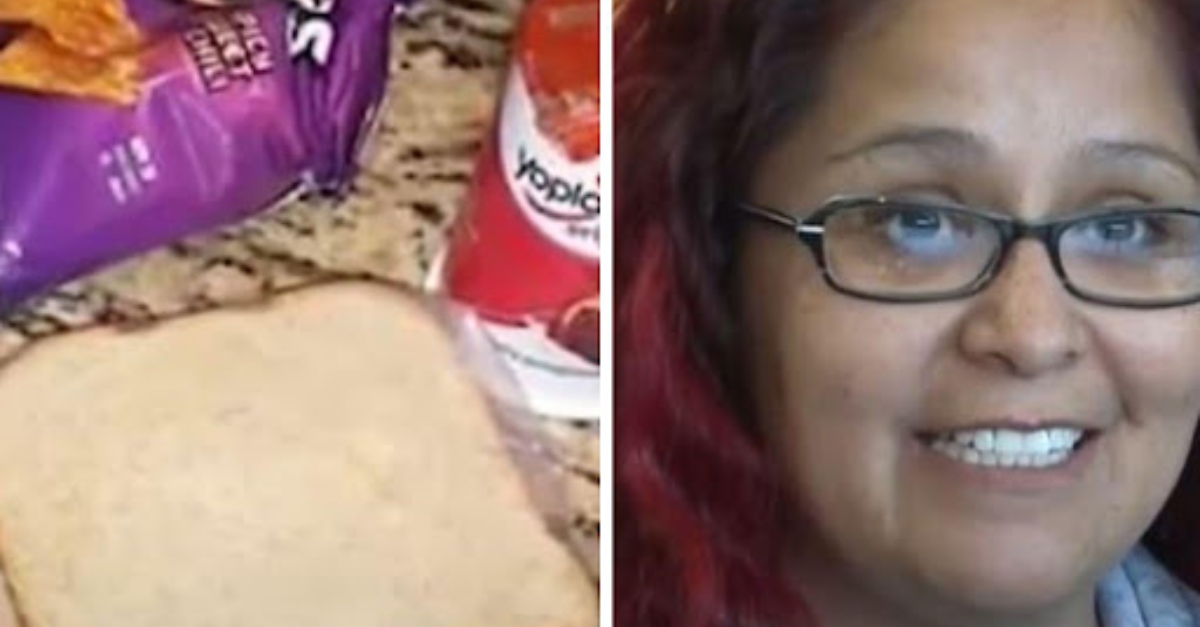 One morning during the first week of the school year, Josette Duran was preparing lunch for her son, Dylan, as per usual. Suddenly, he asked her if she could make him two lunches instead of just one with a serious look on his face.

Josette instantly felt that something was off, and she was right. When she finally learned the truth, she was shaken to the core.

14-year-old Dylan and his mother, Josette, were residing in Albuquerque, New Mexico. The boy was known as a kind and curious child. He never got himself in trouble at school and always had good grades.

Josette and Dylan had a close relationship, and there were no secrets between them until one day, he abruptly asked her to prepare a second lunch without any explanation.

She Loved Preparing Lunch For Him

Josette loved preparing lunches for her son and always tried to surprise him with a delicious snack. Dylan’s lunch box typically consisted of a bag of chips, a sandwich, a fruit, and a drink.

Packing lunch for her son was Josette’s favorite part of the day and she made sure he was getting enough nutrients from his meals.

It Was Always Enough

Josette always thought the lunches she prepared for Dylan were more than enough to feel satisfied. The portions were big, and he never mentioned feeling hungry after lunch before.

Her son’s question that nothing raised many questions in Joesette’s head, and her intuition was right. Dylan couldn’t bring himself to tell her the truth.

After Dylan asked her to prepare two lunches instead of just one, Josette felt uneasy. Why would her son suddenly need two lunches?

She started bombarding Dylan with questions. “What’s going on? Are you not getting full?” she asked the boy. She got no response from Dylan. Something was terribly wrong.

Dylan was clearly upset. Something worried him, and Josette couldn’t stand seeing him this way. She couldn’t figure out what was going on with her boy.

At first, Josette assumed he felt embarrassed about still feeling hungry after eating lunch, so without any hesitation, she packed him two lunches that morning.

This Went On For Several Days

Since then, every morning, Dylan would ask her to prepare an extra lunch for him. He looked visibly upset and disturbed as if he was afraid of going to school without the second lunchbox.

Josette couldn’t put her finger on it. What was going on with her son? And why he needed that extra lunch every single day?

Something Was Bothering Him

It was clear to Josette that something was worrying her son, and it wasn’t hunger. She tried to get him to open up, but Dylan remained silent.

With every passing day, Josette worried more and more about him. She even considered visiting his school and having a word with his teachers.

He Finally Opened Up

After a few days of feeling uneasy, Josette decided she had had enough and told Dylan she was going to visit his school and find out what’s going on.

Dylan’s face went pale. He started begging her not to go. “Mom, please don’t go…” he said with tears in his eyes.

The Second Lunch Wasn’t For Him

Seeing her boy like this broke Josette’s heart into a million pieces. Dylan was hurting inside. It was clear he was hiding something from her.

That morning, he couldn’t keep it to himself any longer. After taking a deep breath, he finally told the truth. “It’s not for me. This second lunch is not for me,” he explained.

Josette was stunned. All this time she thought she was making lunch for her son, but instead, another person was eating it. This made absolutely no sense.

“Who are you giving it to?” she asked him. Josette prepared herself for the worst-case scenario: her son is getting bullied at school.

He Was Giving It Someone Else

Josette’s heart was racing. Someone is taking advantage of her son and possibly hurting him, and she isn’t there to protect him from the bullies.

Her worst nightmare came true. Bullying is one of the worst teenage problems, and she always feared Dylan would one day become a victim of it.

He Wanted To Help his Friend

Josette had a lump in her throat, but before she could say anything, Dylan finally revealed the truth. He told her the reason for asking her to make an extra lunch wasn’t because he was hungry, but so that his friend could have it.

Dylan started noticing that one of his classmates only had a fruit cup for lunch, and he couldn’t figure out why.

He Couldn’t Afford a Meal

After some time, he realized his friend’s family simply couldn’t afford to provide him with a proper lunch. Dylan couldn’t stand seeing the boy starving at lunchtime and decided to help him out.

He didn’t feel comfortable telling his mother at first, as he wasn’t sure how she would react.

She Felt So Proud of Her Son

When Josette learned the truth, her eyes filled with tears of happiness. She felt so proud of her son. Dylan always puts others before himself, and helping people makes him happy.

Josette and her son know how difficult it is to ask for help. A few years ago, they were living on the streets.

They Used To Be Homeless

When they used to be homeless, asking for help made Dylan and his mom feel embarrassed and ashamed.

They isolated themselves from the rest of their family members, as they didn’t want them to know the truth. They got through these difficult times on their own. Josette still remembers it as if it was yesterday.

They Didn’t Give Up

Josette and Dylan didn’t give up on themselves. They knew just how strong they are and one day, their persistence paid off. Now they have a place to call home.

Josette thinks Dylan’s friend was probably also feeling ashamed about his situation, and that’s why he didn’t ask for help.

Dylan’s school is known for taking care of everyone. If any family happens to be in a difficult financial situation, their child can receive a meal under a reduced federal and free meal program.

She doubts the school was aware of the boy’s situation. Now, he is receiving free meals during lunch.

Josette admits it feels kind of lonely not making two launches anymore, but she is happy her son’s friend is no longer starving.

She feels relieved knowing Dylan isn’t getting bullied at school. Instead, he took it upon himself to help someone in need. Who knows what would’ve happened to that boy if Dylan didn’t help him.

She Taught Him Well

“I was taught if you can’t be nice, then you be extra nicer,” she said. “And I’ve always raised my son to be that way. I’ve always taught him to be kind and help others,” Josette continued.

Dylan picked up on everything his mother taught him, and helping others comes naturally to him. Josette feels immensely proud to have such a caring and kind-hearted son like Dylan.