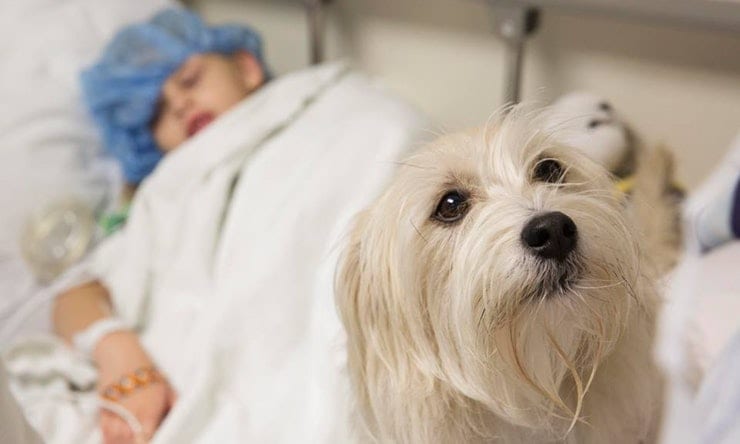 Who doesn’t love happy stories, especially when those stories revolve around those who needed just a bit of luck on their side? Well, as luck would have it, you’re about to get 10 of those beautiful stories. Some of them are happy on a global scale and about trying to change the world for the better, and the rest are of people who were down in the dumps and given treasure troves of wealth, some quite literally. If these happy stories don’t warm your heart, we don’t know what will!

1.) This Adopted Child Met His Birth Mother for The First Time

Giving up your child for adoption must be one of the hardest things a mother can do in her life. There are many circumstances that could lead someone to do this, but they typically have the best interest of their child at heart. The child, on the other hand, even if he has amazing stepparents may always feel like something is missing. That’s where this story gets interesting. After 42 years apart, this mother and son were reunited. He had been searching for her for 15 years and didn’t give up. The results are absolutely beautiful.

2.) This Homeless Man Just Won His Own Jackpot

This man forgot about a bank account he had. He was living in a cardboard box for three years in downtown Tampa when he was robbed of all his possessions. When he tried to get housing, he discovered he needed to give identification, and when he went to get his new cards, he found that he had a bank account. This account contained lots of money – enough to buy him permanent housing. This forgotten bank account got him back on his feet and off of the streets.

3.) Man’s Best Friend Just Got Another Shot At Life

You often hear about man’s best friend being loyal, but what about his owner? In this miraculous save, this four-legged friend just got a second chance at life. Watch as his owner faces sub-zero temperatures to save his best friend. It may be cold in the video, but the rescue will warm your heart.

These sisters have been around for a while. They’ve watched each other grow up, live beautiful lives and now in their elder years, they want it to be just as wonderful. That is why these sisters visit their older sister to make sure she gets a pristine makeover. Keep your phone handy, because after watching this heartfelt video, you’ll want to call your siblings.

5.) Watch As This Woman Takes Her First Breath with New Lungs

Can you imagine not being able to breathe? That’s what life was like for this woman, that is, until she got a double-lung transplant. She used to have to take shallow breaths just so that it wouldn’t hurt, and now she lives every day, one deep breath after the other. Just watch her joy as she tries out her lungs for the first time.

6.) This Quadriplegic Uses Her Head To Share Her Artistry

Defying all odds, this quadriplegic woman now makes jewelry with her head. Her intricate art is sold to customers around the world. Her name is Ashley Hughes, and she is a 30-year-old from California. Ashley creates hundreds of homemade bracelets and other beaded products that are then shipped around the world. Watch herhappy story to fill your heart with joy.

7.) This Prison Guard Is Reforming Inmates with Four-Legged Creatures

This kind soul is trying to reform inmates with the help of animals. She runs a jailhouse-slash-animal shelter that is manned seven days a week by unpaid inmates. More than 1,000 inmates work at her establishment and have been doing so for over 12 years at Monroe County Sheriff’s Office Animal Farm. They feed, bathe and take care of the animals, which is not only a great way to help the animals, but a terrific way for the inmates to prepare to go back into society.

8.) These Artists Are Taking E-Waste and Recycling It Into a Powerful Message

What looks like an ordinary art installation is really so much more. This project looks to draw awareness to the hundreds of thousands of computers that are thought to be discarded in the United States each and every day. The artist Ben Von Wong collected approximately 4,200 pounds of e-waste in order to create these stunning works of art. They are hoping to encourage you to dispose of your old cell phones, computers and really any electronic device properly. These products can be reused in many ways, including this amazing artwork.

9.) Over 1 Million Penguins Scientists Didn’t Know About Were Discovered

Global warming is causing some disastrous effects all over the world and is affecting quality of life for humans and animals alike. That’s why when professors from Stony Brook University in New York discovered an enormous colony of 1.5 million Adélie penguins they were in awe. They were discovered on the Antarctic continent because the researchers noticed the penguins’ feces via NASA satellite images of the islands. Before the discovery, experts believed that the population of Adélie penguins was on the decline. These penguins are pretty resilient, and that is amazing.

10.) This Adorable Girl’s Best Friend Helped Her Through Surgery

Little Kaelyn Krawczyk’s best friend is also her savior. On countless occasions throughout Kaelyn’s life, her dog JJ was able to sniff out any health problems Kaelyn had. JJs nose, in fact, is better at sensing pending reactions than actual qualified medical professionals. When Kaelyn went into a risky surgery for a kidney infection, JJ dog went along. The great news is, Kaelyn pulled through and gets to keep JJ as her constant companion — even at school!

Have these happy stories warmed your heart? We hope so! These stories make it easy to see the blessed parts of humanity and forget about all the drama that’s going on in the world. Leave us your own happy stories in the comments below!