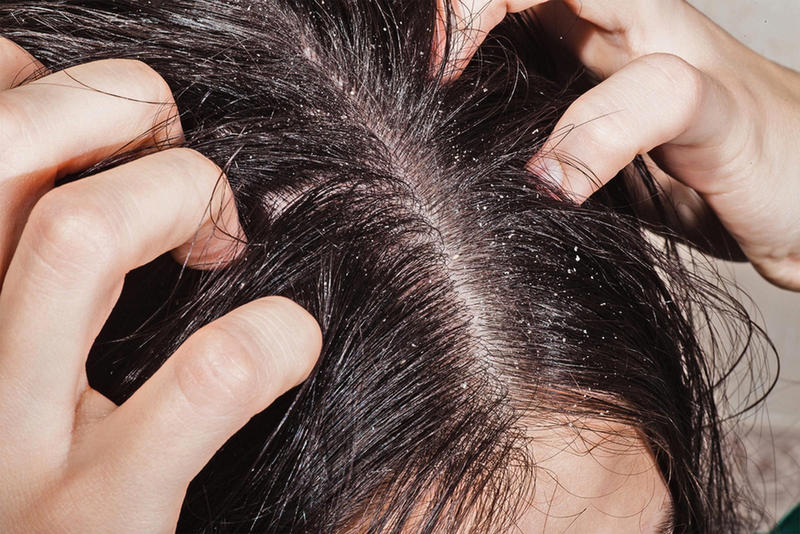 She had never felt this way before, she had never experienced anything like it. She felt embarrassment and shame. The boy just made things much worse.

Everyone around the room was staring at her. The nurse shouted for anyone to go and get help. The principal quickly called the father, telling him they’d never encountered anything like this. How bad was it?

Not A Care In The World

Hannah Combs lived in Harker Heights, Texas. This town was small enough that everyone was neighborly and knew each other. Unlike other kids, she was excited to start school after the summer vacation.

She was told to be careful since high school was different from middle school. Her school in particular had culture around bullying freshmen. Hannah didn’t pay much it attention, she was extroverted and knew she’d find friends.

Hannah was looking forward to going back because lately, she’d only been thinking about boys. She couldn’t wait for her first kiss. But she knew all too well how teen boys could be.

They’d analyze her and find something wrong like how nerdy, or plain she was. She had heard a story about how a girl was teased ruthlessly because of having lice.

She wanted to turn all of the boys’ heads. The only feature that she liked about herself was her hair if she was being honest.

After watching only Marylin Monroe movies during her summer vacation, Hannah wanted nothing more than blonde highlights. Her hairstylist told her it was a great idea and even gave her advice about the lice outbreak that was going around.

Hannah kept looking at her hair in the mirror. It was the week before school and she was so happy with it. Even Betsy, her best friend, told her she looked great. The boys weren’t ready for her.

She had even spent a week planning the outfits that she would wear. With her new hair and her new outfits, she’d be the talk of the school. Nothing could ruin her first week of high school.

Two weeks went by without any problems, but she didn’t get any attention from any of the boys at her school. There was nothing exciting happening like she expected.

Hannah and Betsy scoped out the boys during their lunch break. Maybe it was just too early in the school year for anything to happen just yet.

One day outside of school Hannah was chatting to Betsy when a shrewd-looking boy came up from behind and messed up her hair. He obnoxiously shouted, “Bet you think you look great now, loser!”

Why would anyone do that? Hannah felt tears well up in her eyes, she couldn’t hold them back, it was just too painful. Why was he so mean to her?

Now everyone outside the school was staring at Hannah. Was her hair messed up that badly? She had gone through so much effort just for this to happen to her! “You’ll have to go to the school nurse – now!”

Going Into A Panic

When Hannah got to the nurse’s station, she was confused by the nurse’s reaction, “Come here, darling. Just sit down. Everything’s going to be fine. We’ll sort it out.” This is when Hannah felt scared.

The nurse told Betsy to fetch the principal. When he got there, he immediately made plans to call her parents, he hadn’t seen anything like this before.

Christian, Hannah’s father, got there as fast as he could. When he saw his daughter’s tear-stained face, he saw red. He couldn’t believe what was happening.

He was an ex-soldier and wouldn’t just stand around well this was going on. The more Hannah cried, the angrier he became. Someone was responsible for this.

Christian demanded to know what was going on, but Hannah couldn’t even stop crying long enough to speak.

She wasn’t just sad about her head, but also disappointed that she had been so boy-crazy and even gone so far as to change her hairstyle. She should’ve known how immature and mean the boys her age were. She was mortified.

Christian, who was becoming angrier by the minute, began to yell. Who was responsible for this? And why hadn’t they taken his daughter to the hospital yet?

“I’m calling 911,” Christian threatened, but he was met with a terse “take that attitude elsewhere” from the principal’s assistant. He glared back at her in disbelief. Now, it was war.

After her dad had taken Hannah to the emergency ward, he called the media. It was unbelievable to him that the school refused to reprimand the bully. He demanded that the Killeen Independent School District Police file assault charges.

Soon, word had spread and concerned parents and neighbors demanded the school took the matter further, and after that, the boy was conspicuously absent from school. But what about Hannah?

In urgent care at the hospital, the doctor examined Hannah’s head and discovered she had first-degree chemical burns to her scalp from the high-strength super glue the boy had poured onto her hair.

Poor Hannah was in such pain. Her new hairdo was ruined, and she had saved up for so long for it. Now she probably had to cut it all off. Thanks to an idiot teenage boy who thought bullying was funny. And that wasn’t all he did, as Hannah would find out later.

Hannah had a portion of her head shaved. She couldn’t believe she’d had to lose a favorite part of her – her gorgeous hair. But she resolved to make the best of the situation.

Weeks later, even though the burns had mostly healed, sometimes it still felt like her head was crawling with millions of little creatures. Assuming the sensation was just her skin healing, she booked an appointment with her hairdresser to see if there was any way to salvage her once-beautiful locks.

“okay… let’s take a look here,” the hairdresser said, soothingly. She knew about Hannah’s story and wanted to make sure that she wasn’t hurting her. She took a closer look, then she screeched.

“Oh my gosh!” The hairdresser cried. Hannah’s scalp was crawling! When Hannah learned what she’d found, she was so embarrassed. Even worse, her mortifying moment was all caught on the hairdresser’s CCTV camera. She wouldn’t share it with anyone, would she? “Nobody can know about this…” Hannah pleaded.

The hairdresser had found lice in Hannah’s hair — the boy had not only poured an entire tube of superglue on her head, he had also leaned in close enough to transfer the lice on purpose.

It had taken the nits a few weeks to hatch, and that explained the crawling sensation that Hannah had been feeling. The hairdresser would have to treat Hannah’s scalp with a powerful insecticide to get rid of the lice. But things got even worse from there.

To make matters worse, she had been infested with ‘super lice,’ a mutated and chemical-resistant version of common lice that can’t be killed by over the counter drugs like RID. And then, Hannah got some more bad news.

Due to the chemical burns Hannah had sustained, the hairdresser wouldn’t be able to treat the infestation with the medicated shampoo until her scalp had fully healed — she didn’t want to risk irritating the skin even more.

So, Hannah would just have to live with the lice for now. Naturally, Hannah was revolted and mortified. But mostly, she wanted revenge.

When her scalp had healed enough and she could finally treat the lice, she made another appointment with her hairdresser. She decided to dye her hair red.

Not only did she love the color, but she also wanted it to represent the deep anger she felt. She was still planning to make that bully pay.

Hannah wasn’t going to do it for herself. She wanted to take a stand for every kid out there who had experienced bullying. Bullies shouldn’t be getting away with their actions.

Her mother and father supported her all the way. They started a Facebook community called “Justice For Hannah”, to draw attention to the scourge of bullying. For too long it had been a problem at schools, and they were going to do something about it.

Hannah began sharing pictures and details of her ordeal. She also revealed that nothing had been done by the school to hold the bully accountable. Over the coming days and weeks, support poured in.

Through the Facebook page, she was also able to get enough followers to sign a petition to get the school authorities to make the bully apologize publicly for what he had done. It also called for his suspension and compensation for Hannah’s hospital bills.

“I want to make a difference. I would like people to stand up for themselves. No one deserves to be bullied—it’s not fair for anyone,” Hannah said.

“I’m just a normal kid with strong beliefs. When it comes to bullying, I stand up for people a lot because of it—but it’s worth it.”

While that horrible boy had ruined the hair that she had loved so much and had purposefully given her lice, Hannah was determined not to let it affect her confidence. He simply wasn’t going to win, she told herself.

“Bullying is wrong,” Hannah wrote on the Justice for Hannah Facebook page. “Sometimes it’s the bully that really needs the help… maybe this has made him see that he has been doing things the wrong way.”

Although some suggested Hannah’s parents pull her out of school, her father believed the bully should have to transfer. “I’m not going to pull my daughter out and uproot her from her life because of what this kid did to her,” Christian said.

“That child that did this to her, uproot his life. He gave up the opportunity to go to Harker Heights when he committed the act.” Then, the school began to take the backlash seriously.

In front of the entire school and parent body, the boy was made to apologize to Hannah. He added that he really liked her, and only did what he did because he hadn’t known how to express his feelings for her.

“Well, if that’s how you express your feelings then I think you have some serious growing up to do,” was Hannah’s reply, and walked off the stage to loud applause.