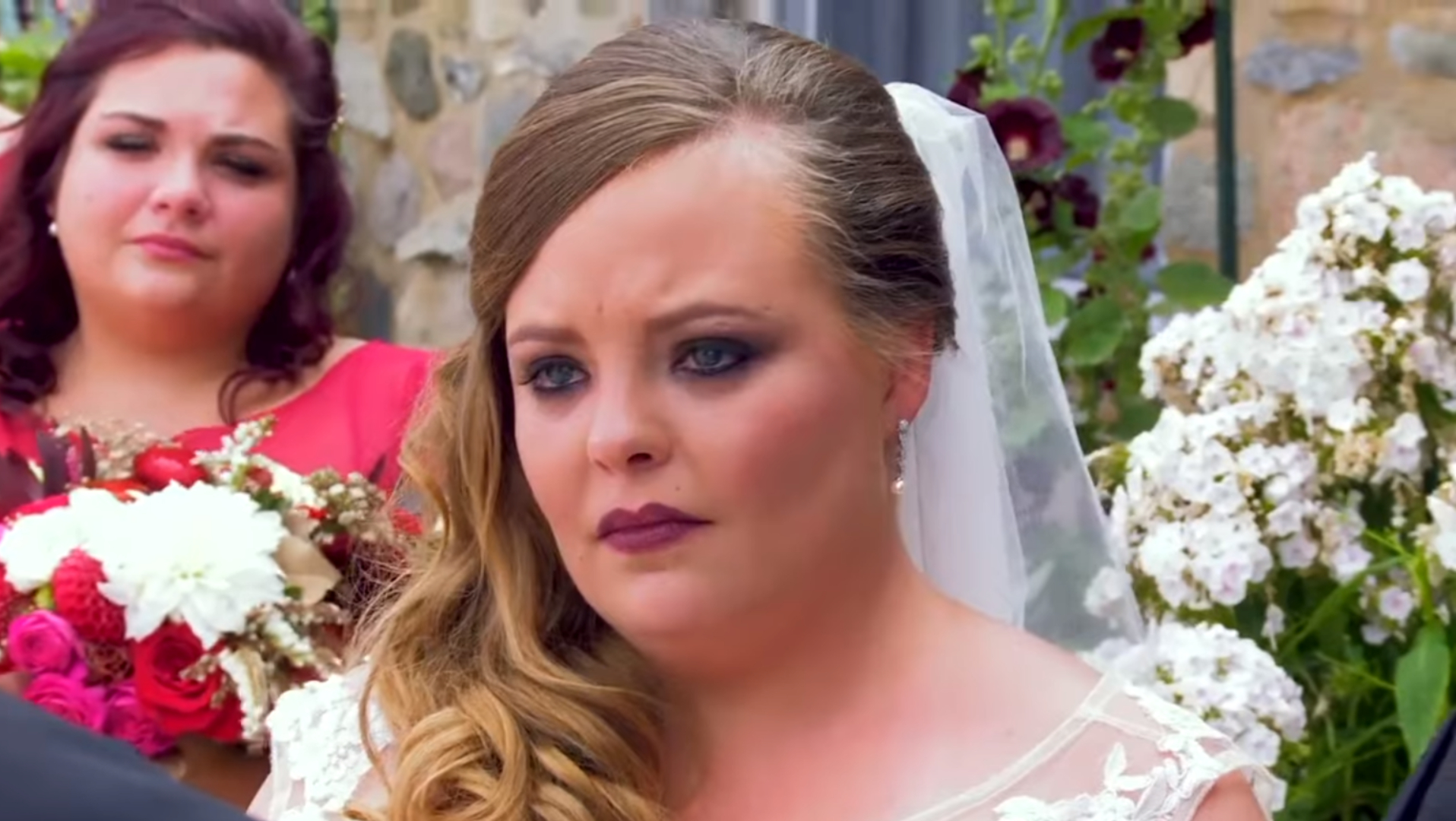 Weddings should be filled with love and joy. But Becky Turner’s big day was also marked by a tragedy no parent should have to endure.

She thought she would never recover but life had other plans for her.

In October 2015, Becky Turner’s life was turned upside down. Her 19-year-old son Triston passed away in an accidental gunshot wound.

The teen was an organ donor and his organs were used so that others could live.

Her wedding had to be postponed so that the family could go through a period of intense grieving.

Eventually, Becky and her husband-to-be, Kelly, set to get married in Alaska, realized the pain wouldn’t go away so they went ahead with their plans.

Becky did her best to make her wedding with the man of her dreams go as well as possible.

She put on a brave face and smiled for her guests. Then, suddenly, a stranger showed up and Becky burst into tears.

It was during the ceremony – just before Becky and Kelly were about to become husband and wife – when the wedding came to a halting stop.

Everyone looked around and Becky’s hand flew to her mouth in surprise.

For several months, Kelly had been hiding a huge surprise from his bride-to-be – a surprise that would leave her and everyone else at the wedding in tears.

A gift that no one will ever match.

At the wedding, all of the seats were filled with the couple’s loved ones, including one chair that was reserved for Triston.

On it was written a special message that no one at the wedding will ever forget.

“I’m in heaven for your wedding so what shall I do? I’ll come down to earth to spend it with you.

So save me a seat, just one empty chair. You may not see me but I will be there.”

No one at the wedding had any connection to the young man, least of all Becky. So why was he there? Becky had never met him – but she had a connection to him.

After Triston’s accident, it was Jacob who had received his heart, and thanks to that, he is alive.

He stood face to face with Triston’s mother, knowing just how significant this moment would be for her. Becky could barely believe it was true.

Jacob had traveled more than 480 miles to be at the wedding, and he had a gift that no one would ever be able to beat.

He handed Becky a stethoscope. She put it up against Jacob’s chest and she could, for the first time since the tragic accident, hear the beating of her beloved son’s heart.

On her Facebook page, Becky called it “hands down the best gift … The most amazing surprise ever!! Thank you for caring for Triston’s heart.

Becky’s post has been liked by about 110,000 people on Facebook, and many people have sent the new bride greetings.

Not surprisingly her story has touched thousands all over the world and continues to inspire.

“Thank you for giving life to other families. I’m a mom of a little boy who received a heart transplant. I’m so very sorry that you lost your precious son. Truly, I cannot say in words what it means that you chose to give life and hope to others when your world was crashing down.

From one mom to another, thank you,” one person wrote on Becky’s Facebook page.

It’s not something that any parent could ever move on from. The loss of a child is beyond words to describe.

But Becky was able to rest a little more easily knowing that her boy saved another parent from living the same fate.