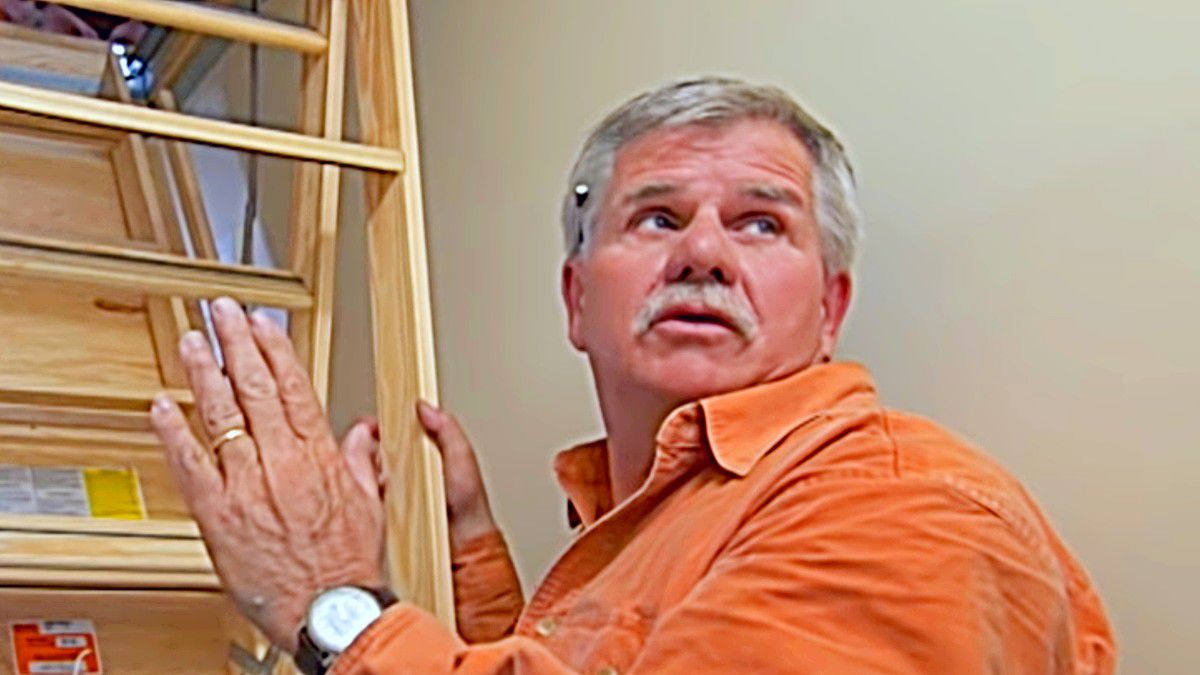 Rudi wasn’t surprised that the attic was empty. After many years and different tenants, all the furniture and personal effects had been removed. Rudi knew that when his father built the house back in the 1920s he’d hidden something in there.

Rudi just wished he knew where to look. That’s when he spotted the string and felt the excitement course through his body.

Skeletons In The Family Closet

Rudi Schlattner was still a child when his whole family was forced to flee Czechoslovakia. When WWII ended in 1945, all citizens of German descent were forced to go back to Germany.

The Schlattner family home got seized and became the property of the government. However, even now, 70 years later, Rudi still remembered the secret his father had told him so long ago.

Rudi was already in his 80’s and had his own family. He’d started a new life after his parents had moved back to Germany. It hadn’t been easy, however. His father had to leave his friends, his job, his home, and his entire life when they moved to Germany. All for the sake of his family’s safety.

However, there was more that he left behind. There was a family secret hidden behind the walls of the house his father had built. Rudi knew he had to go back to try and find it.

Rudi had finally saved enough money to go back to his home country. He’d worked hard to provide for his family and had saved some money for himself so that he could make the trip.

He had been running away from the painful memories of the past for a long time but now he knew he had to return. Time was starting to run out.

His life had flown by in the blink of an eye. Even so, Rudi knew that he still had a few years left. So after discussing it with his family and his children, Rudi decided to go back to the Czech Republic.

He knew that this was probably his last trip but he had to take it. His family, however, refused to let him make the journey by himself.

The Schlattner family reached Rudi’s old hometown and looked around in amazement. For Rudi, the memories flooded back. Some good, some bad. There stood the school he attended as a child, over there was the library where he had spent many a happy hour as a boy. All these things had been taken from him as a child but they were all still there as if nothing had changed.

It was a strange feeling, like walking into a dream. Finally, they stood in front of the old house. None of them knew if they were ready to uncover the secrets that it held.

The house was exactly as Rudi remembered. Sitting in the middle of a huge green lawn, stone steps, awnings, and all. Nothing had changed. Even the pattern of the molded cement on the walls was the same. It felt like a dream but it was real.

The only thing that had changed was the fact that the house had been turned into a care facility for the elderly. This meant that before they could go inside they needed to get permission from the facility caretaker.

Rudi climbed the stairs to the attic, his family trailing along behind him. He felt sad when he saw that all the furniture that had been left behind was gone. Nothing remained. He stood there for a while, taking it all in and then he continued his search.

He tapped on walls and examined the wooden panels of the sloping roof. Then he saw something that made his heart skip a beat.

Rudi hoped that things hadn’t been destroyed when the inside of the house was renovated. He remembered his father talking about a loose board that marked the site of the secret hiding place, but Rudi didn’t know exactly where it was.

Then, while looking for any sign of a loose board, Rudi saw something that made his heart beat faster.

From one of the boards on the wall hung a short piece of string. Rudi knew that he would have completely overlooked it if he hadn’t known what to look for. He grabbed the string and pulled, causing the board to fall away.

There, revealed after all these years, was the secret hiding place his father had built into the eaves of the house. Rudi looked inside and couldn’t stop himself from crying.

Inside the compartment, neatly stacked, were lots of boxes and wrapped packages. His father’s treasure was still there, after all these years. His family immediately started to remove the items from the secret compartment.

As eager as he was to start unpacking everything, Rudi knew that first, he had to let the authorities know.

The Authorities Finally Get There

Experts from the museum in Usti nad Labem, a nearby town, arrived and started to help with the unpacking of the boxes. They also started to date and categorize the artifacts that Rudi and his family had uncovered.

It was an amazing collection of memorabilia from World War II. Some items weren’t worth much but some of them were priceless.

“We were surprised that so many ordinary things were hidden there,” Tomas Okura, one of the museum employees said. “Thanks to the circumstances, these objects have a very high historical value.” These everyday items gave a wonderful peek into life in the 1940s.

There were things like old sewing boxes. Some things were absolutely priceless. Rudi looked at each item, knowing how precious these memories would be. He also knew that every item a story to tell.

Among the items were some of the toys he and his siblings had played with as children. This was a bittersweet reminder of the life they had to leave behind. The museum manager was astounded by this find of such a rare and historical find.

Then among the items, they found some strange and mysterious little metal objects.

They speculated that these little objects were probably part of some machine that belonged to Rudi’s father. Unfortunately, the factory that manufactured them no longer existed.

They found a scale that was in perfect condition and had no rust on it. They were amazed by the amazing condition of the scale, but then they found the paintings.

Rudi remembered and loved the paintings as a boy. There were so many different things that they uncovered but all Rudi really wanted to keep were the paintings and his sister’s dolls. The problem was that technically the find belonged to the Czech government.

As a result, Rudi would not be allowed to keep anything they had found.

As sad as he was that he wouldn’t be able to keep those special items, Rudi was happy. He reported the find as is required by law and he got to see these treasures that his father had hidden one last time.

The closure he received from uncovering this treasure trove was worth it to Rudi.

Treasure From The Past

The items recovered from the unexpected time capsule would all go to the museum. Other people would be able to see these amazing relics and even learn about life in the 1940s. Rudi’s father had even packed away things like puzzles, socks and baby clothes.

This all helped to create a clear picture of what life was like back then. Why was this find so important to the historians, however?

A Blast From The Past

Vaclav Houfek, the museum manager, said, “Such a complete finding of objects hidden by German citizens after the war is very rare in this region.” It is reasonable to assume that Rudi’s father thought that they would return to the house much sooner than they had.

Rudi is not upset by the fact that his family’s treasures were seized by the museum. In fact, he even promised to help the historians identify each and every item.