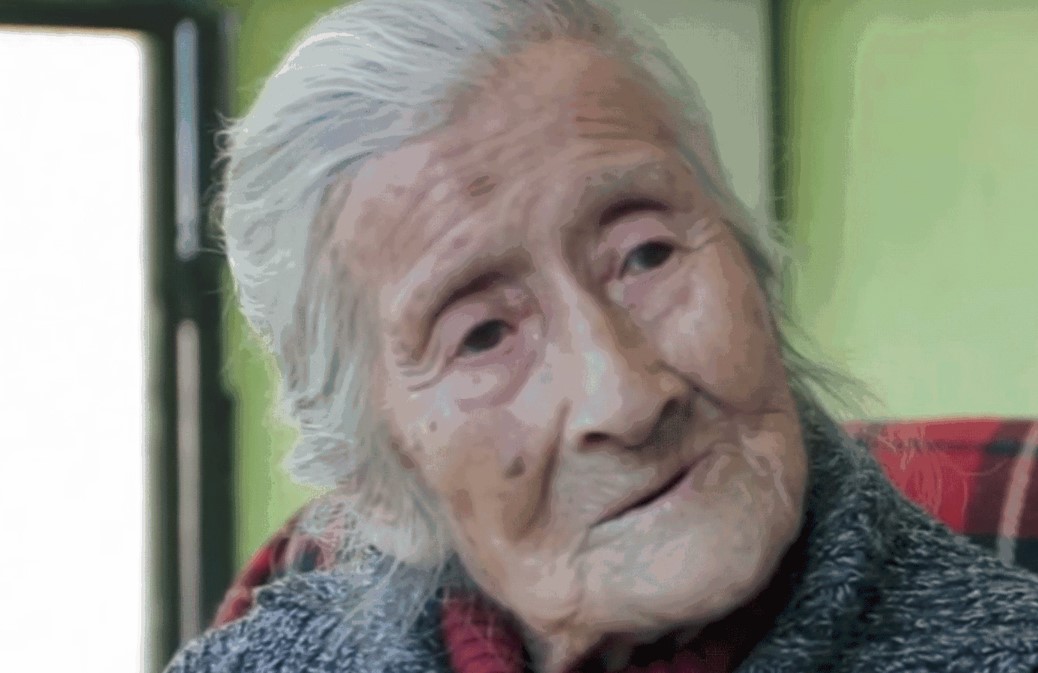 How Could This Be?

This could not be true, it had to be a joke. The doctor gave Estela the news and she instantly felt tears pour down her cheeks. Even the doctor could not believe what he had discovered.

The 91-year-old Estela could not believe what he had told her. It felt like a dream, but it was far from it. Her life was about to change.

Estela Melendez lived with her husband Manuel Gonzalez for many years. They didn’t care for the luxuries in life. They were happy to live together in a small bungalow in Chile.

The two were inseparable, they had gotten married over 74 years prior and were in love with each other as much as the first “I do”. But something would strain their relationship and turn their world upside down.

Sadly, come 2015, Manuel passed away peacefully in his sleep. Estela couldn’t believe it, she was only a year younger than him, how would she take care of herself without him?

She was heartbroken and struggled to even find the energy to cook just for herself. She thought that things couldn’t get any worse, but they could.

What Was She Going To Do Now?

She spent 74 years with her partner and had him by her side every day. She sobbed nearly every day when she woke up in an empty bed.

She wanted to try and have a positive outlook but she felt that it was much too hard. She kept remembering his face and how many good memories they had together. Yet she still felt one regret that she would never tell a soul.

Early in their relationship, they discovered that Estela couldn’t get pregnant. As much as they wanted to, it just wasn’t in the cards for them.

She couldn’t believe the news when she heard this, she just wanted to have a beautiful family with the man she loved. But no one knew why she couldn’t conceive. But when she figured it out she would feel a knot form in her stomach.

A Failure In Life?

Estela felt for so long that she had failed as a wife when she discovered that she couldn’t conceive. All of her sisters had already gotten pregnant and had children. Even though she was happy for all of them, she just wished she could have had something of her own.

But after years she would discover that she had a tumor in her body. It was benign (not dangerous) but it still felt bad. But she had no idea how it would turn out.

Estela felt the effects of her husband’s death in more ways than just loneliness. The bills were piling up and she knew she would soon have health concerns.

She had gained a lot of weight that she couldn’t explain. It was as if she was eating fast food every day. But she had no idea that things would take an even stranger turn.

You see, Estela had been trying to lose weight for a while now. She had tried every diet you could think of; cabbage soup, vegan, Atkins, etc. She knew it was harder at her age, but that didn’t stop her.

However, the weight wasn’t going anywhere. In fact, it seemed like she was putting more weight on! She went to the doctors a mere few miles away, determined to find out the truth. But Estela had no idea what was coming.

She arrived at the doctors and waited to be called in. Hospital and doctor rooms had been her life for the past 10 years. She was not a stranger to the sterile walls and the gross smell of the doctor’s room.

She waited to be called. But for some strange reason, she had a terrible feeling hit her stomach. She knew something was off. And she was so right.

The doctor wanted to make sure everything was ok so he did an x-ray on Estela. They also wanted to check on the tumor she had in case there was something wrong.

However, the results from the x-ray would turn Estela’s world upside down. Nobody expected this to happen.

After carefully analyzing the results, the doctor came to the conclusion that Estela had never had a tumor in the first place!

What was a matter with her then? The doctor’s mouth dropped open and his eyes widened every glance he gave the x-ray. What Estela had inside her was something much more alarming than a tumor. The doctor had never seen anything like this before.

This had to be a joke right? This couldn’t be true. How could this be possible? Hundreds and hundreds of questions ran through Estela’s mind as the doctor revealed the truth.

She felt sick to her stomach. She just wanted this to be a nightmare, one she would wake up from in a few seconds. But this was her reality. She takes a look at her stomach, and a shiver creeps up her spine.

It turned out this 91-year-old was actually pregnant! Estela was overwhelmed with emotion the moment the doctor told her. How did this happen? What exactly was going on?

The doctor revealed that the baby was actually the remains of a fetus. But Estela was left even more lost for words when doctors informed her how long she had been carrying the baby for.

How Was This Possible?

The doctors further analyzed the fetus, and were able to conclude that Estela had been pregnant with it, for around 60 years!

Estela was heartbroken to hear this news. After all, all her life she had wanted a child of her own, to raise and nurture. However, unbeknownst to her, an unborn child was in fact inside her for more than half a century! But the doctors had a lot more to say.

Doctors informed Estela that her condition, called lithopedion, only affects a small percentage of women worldwide.

Doctors call the fetuses lithopedions or stone babies and are the result of a fetus that starts to develop outside a pregnant woman’s womb. But how would everybody else in Estela’s small-town respond to her strange medical condition?

Talk Of The Town

Everybody was as equally as surprised when they heard about Estela’s condition. Some felt uncomfortable, others comforted Estela in her time of need.

However, it would turn out there would be an even bigger surprise right around the corner – one that would come from her long-departed husband.

Estela’s mind spun as the world reacted to her condition.

First it was social media, then the news outlets. From the The Washington Post to BBC, everyone wanted to talk with her. But that wasn’t the worst part.

Some people – from journalists to the general public actually came to see her in person … without asking first.

Some were understanding when she politely told them she didn’t want to talk about it anymore. Others became prickly and offended that they had “wasted all their money” to come and see her. They just didn’t understand what they were really doing to her.

Each visit was like reopening an already fresh wound.

Her heart was filled with so much longing that she found herself rummaging around in the attic where she had stored her late husband’s belongings. Some of them she hadn’t even opened since the day he passed – which would turn out to hold an enormous revelation.

Estela pulled items one by one, trying to ignore the aching in her joints and focusing on the memories that came with them.

One was a seashell her husband had picked up from the beach and strung into a necklace. Afterwards, they had watched one of the most beautiful sunsets she had ever seen in her life. But next, was an odd stack of papers.

The pile was a mishmash of old receipts, documents, and some holiday cards.

So much had been swept into boxes without looking. But as she rifled through the musty smelling papers, an envelope caught her eye. It had her name on it … and it was her husband’s handwriting.

This wasn’t any letter she could remember, but it started out the same … “To the love of my life.”

Each letter curled into words, and each word made her heart swell. They were words of adoration and promises of forever. It must have been during a time he was away, and they were missing each other desperately. But it was near the end that punched her in the chest.

The Words She Needed

It was like fate was reaching out to her directly.

“I know it’s been hard. I know how much you want kids. But even if we don’t have them, please remember it doesn’t make you any less of a person. I see how you are with the people around you … and it’s beautiful. You’re filled with so much life and love for them. I had you. And that’s enough for me.”

Even in the afterlife, he was taking care of her. Their love was truly eternal. After the so-called pregnancy, she had felt like a failure all over again, but this letter suddenly wiped that all away. She was sure of one thing.

She had already made it through so many years and there was no knowing how many more were ahead of her.

Whatever her final days would be, she would use them to keep spreading that light and love her husband adored so much.