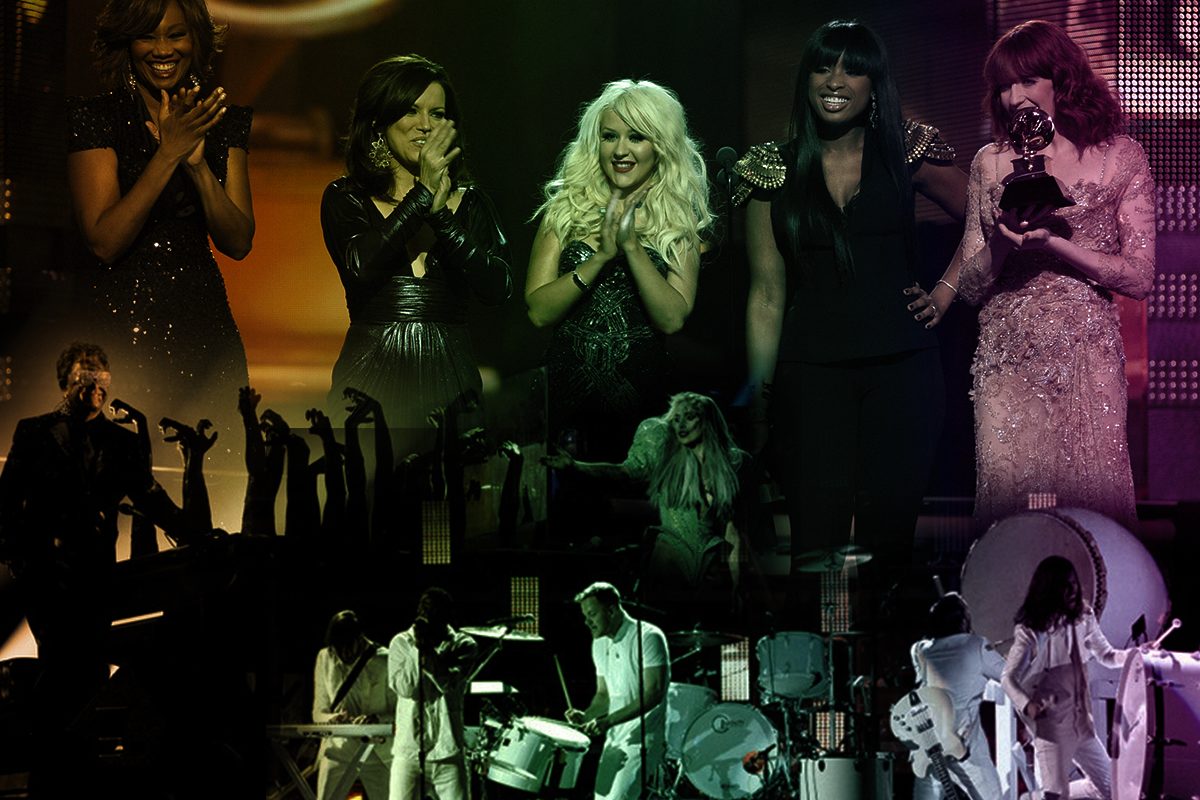 Music’s Biggest Night is almost here and we’re more than ready to be wowed by whatever surprises this year’s Grammy’s has up its sleeve. 2017 was packed with several big hits by some of our favorite artists and the debut of new and exciting faces. With announcements of Childish Gambino, Bruno Mars, Cardi B and several other big names performing, Grammy’s anticipation is soaring. While we prepare for our Grammy-themed parties and get ready for the star-studded performances, take a walk down memory lane and check out the most iconic Grammy collaboration performances over the years by some of music’s biggest names.

Few can pull off the stringy-wet blonde bob that Beyonce graced the stage in at the 56th Grammy Awards Show. The power couple opened up the show with a surprise performance of the steamy duet “Drunk in Love”. Beyonce fans were still on a high from the record-breaking surprise release of her self-titled album and only months later, shocked the music world again with this iconic performance at the biggest music show of the year. It’s no wonder that Self Titled went on to win the best urban contemporary album of the year at the following Grammy’s.

Aretha Franklin was shown nothing but respect at the 2011 Grammy’s when Christina Aguilera, Jennifer Hudson, Florence Welch, Martina McBride and Yolanda Adams joined forces for a 9 minute medley of the singers greatest hits. The performance was to honor the iconic powerhouse singer, who was ill at the time and couldn’t attend the Grammy’s. Each singer showed their individual style by performing an Aretha song of choice and joining in a melodious harmony on “(You Make Me Feel Like) A Natural Woman”. The performance was a seamless blend of genre, range and vocal styles and a creative way to spin some of Aretha’s classics.

Flashback to 2010 and the beginnings of the career of the avant-garde star, Lady Gaga. The young pop singer made her debut at the 52nd Grammy’s with a compilation of some of her biggest hits at the time. Gaga opened up the show with a cabaret-esque Poker Face and then transitioned into several other songs from her album “The Fame Monster”. Gaga has always been known for her out-there style of art when it comes to her shows. At her very first Grammy appearance, she set the precedent of her avant-garde shows with appearing alongside Elton John covered in gray ash singing a mash-up of “Speechless” and John’s “Your Song”.

Leave it to Kanye West to make music history by bringing out the elusive Daft Punk during the performance of the 2008 hit “Stronger”. The chart-topping song features a sample of the EDM duo’s “Harder, Better, Faster, Stronger” but West’s surprise guests still shocked crowds when Daft Punk emerged in red neon outlined ensembles during the bridge.  West went on to win 3 Grammy’s as well as Best Rap Solo and the iconic live collab is still remembered as the first time Daft Punk appeared in a live televised performance.

The crossover between Kendrick Lamar and Imagine Dragons is arguably one of the most memorable genre-merging Grammy collaboration performances ever. The California rapper and the Vegas rock band were an unlikely, yet powerful pairing which left the crowd in awe. The performance starts with Dan Reynolds singing the first verse of the chart-topping Radioactive. Immediately after, the stage erupts into a light show and Kendrick Lamar emerges belting out the chorus to m.A.A.d City. The performances blended stunning visuals and exciting elements of rap and rock music that will leave you speechless.

What are some of your favorite Grammy collaboration performances? Comment below! 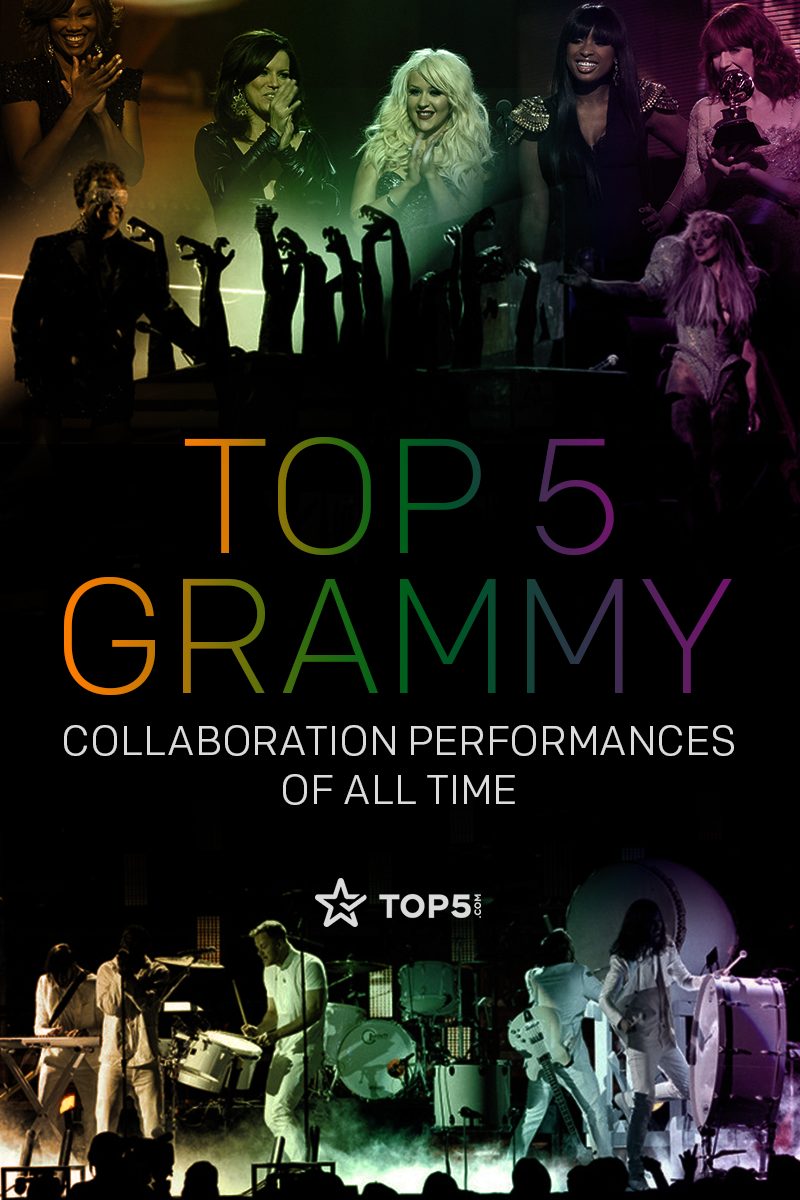