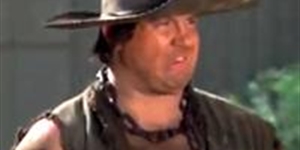 Once in a great while, it actually happens. It’s like witnessing the majestic flight of Halley’s comet, or catching a glimpse of Charlie Sheen sober. It’s the rare occasion where athletes appear in a movie and don’t completely embarrass themselves and/or ruin the entire picture. Some say it’s the stuff of legend, but we’re here to prove it’s actually real. These are the top 5 movies featuring pro athletes.

Pro golfer Lee Trevino proved one sure thing with his turn in Adam Sandler’s rebel-golf comedy: Less really is more. Trevino managed to land himself on this list in spite of the fact that he barely utters a single word over the course of the entire film, and that’s all thanks to his subtle mastery of the disapproving headshake. Yeah, for those of you who don’t know who the great Lee Trevino is, he’s that guy. The one who continually pops up to judge Happy Gilmore by shaking his head in criticism with his mouth slightly agape. And the one line he did say, landed with comedic perfection and factual accuracy, because “Grizzly Adams did have a beard.”

Cam Neely is more than just a Hall of Fame hockey player. He’s even more than the founder of an invaluable philanthropic venture that gives families affected by pediatric cancer a place to stay. He is so much more than all of that, because he is… “Sea Bass.” Making his film debut by yelling “Who’s the dead man who hit me with the salt shaker?!”, he promptly hocks a giant loogie on Jeff Daniels’ hamburger, then attempts to mouth-molest Jim Carrey in a gas station bathroom a few scenes later. In the end, Neely’s priceless character is defined by the hat he wears atop his head, which reads simply: “Wine ‘em, Dine ‘em, Sixty-Nine ‘em.”

You might love him for his skyhook, or for his debonair taste in athletic goggles, but the real reason Kareem Abdul Jabbar should forever hold your respect is for his performance as co-pilot Roger Murdock in ‘Airplane!’ Kareem delivers a priceless deadpan (albeit not an Oscar-winning) performance, and took part in one of the film’s funniest scenes when he snaps on little Joey who criticizes him for his lack of hustle on the hardwood. ‘Airplane!’ is line for line one of the funniest comedies of all-time, and despite delivering his lines with all of the emotional depth of a goldfish, Kareem actually holds his own.

Playing himself and the kidnap victim of a psychotic, trannie ex-kicker, Dan Marino is the perfect straight man to Jim Carrey’s tu-tu wearing, chloroform wielding, critter gumshoe, Ace Ventura. While he may not be the world’s most gifted thespian, Marino actually managed to contribute to some great scenes, including one of the funniest and most nonsensical exchanges in recent comedy history, when he and Ace drove down the highway with their heads sticking out of the car windows:

At one time in his life, Alex Karras was one of the NFL’s most feared defensive tackles. At another time, he played the father to the lovable TV character ‘Webster.’ But at the absolute finest time in his 77 years on this planet, Alex Karras was a half-witted cowboy named Mongo. His hilarious physical performance included sticking his head into a fire to light his cigar and punching a horse in the face. Karras also delivered his lines with pinpoint comedic precision, lines like “Me Mongo,” and the slightly more introspective, “Mongo only pawn in game of life.” Alex Karras may have passed away recently, but Mongo will live on in our hearts forever.

So there they are, the greatest all-time performances by athletes in film. It wasn’t exactly tough to narrow it down, though there were some that just missed out. Like the cameo in ‘There’s Something About Mary’ where Brett Favre proves to have the dramatic chops of a shoe, or the time where the most inauthentic part of a movie starring animals playing aliens in basketball was Michael Jordan’s performance in ‘Space Jam.’ But they can’t all be winners. 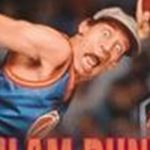