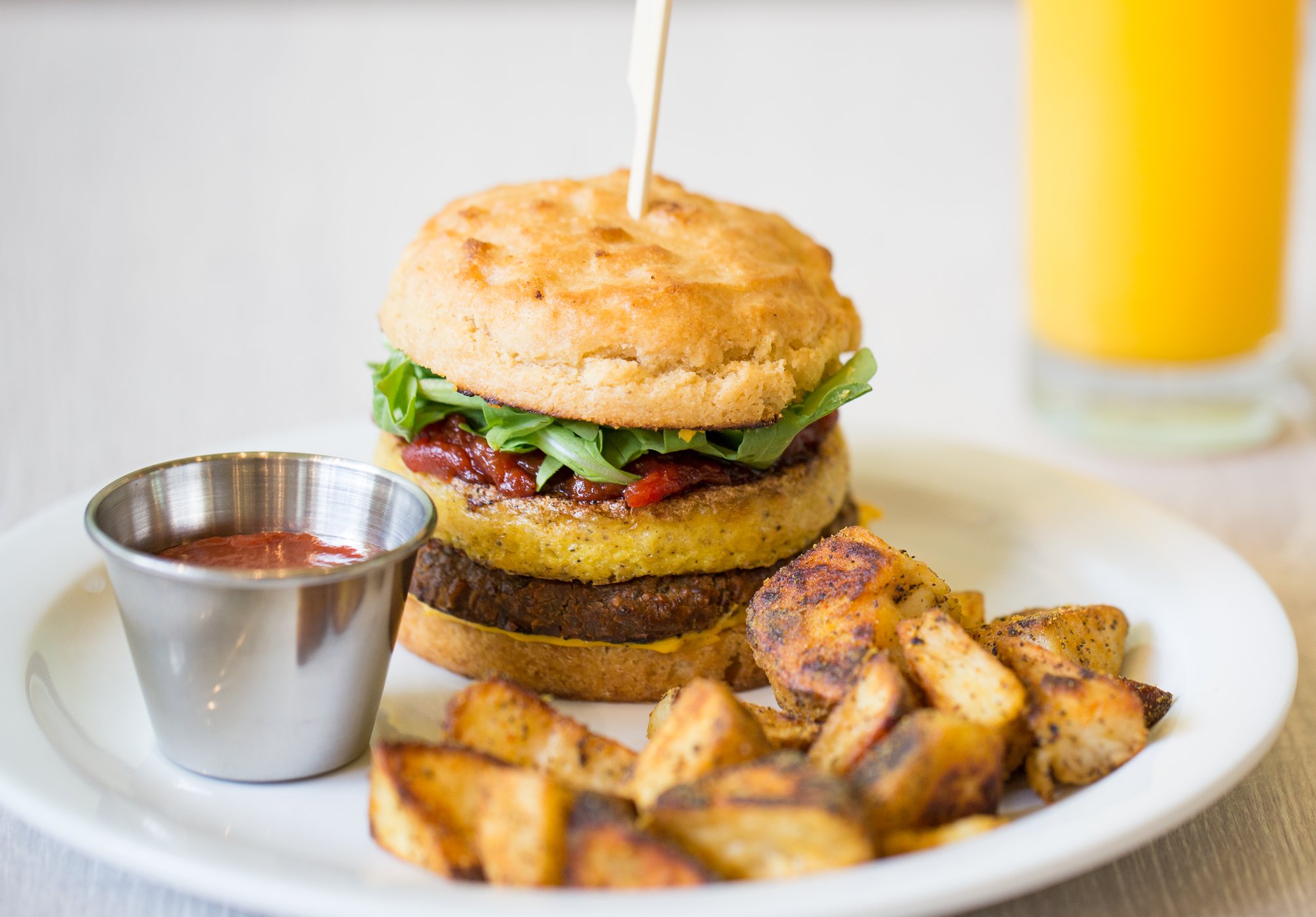 From fine dining to boutique fast-food chains and specialty donut shops, Portland, Ore., has one of the best and most unique culinary scenes in the country. Its restaurants are also renowned for accommodating a variety of dietary restrictions while still being delicious. Are you craving meatless barbecue? That exists in Portland, and it’s pretty great. Do you love sweets but are lactose-intolerant? Some of the best frozen yogurt in the city just so happens to be dairy-free.

In recent years, Portland eateries have also begun catering to those with celiac disease – an autoimmune disorder that implies an inflammatory response to gluten, the protein found in wheat, rye and barley. It’s estimated that about 3 million people suffer from celiac disease, though many more could be living with the disorder undiagnosed. Several more suffer from an unspecific gluten intolerance, which displays symptoms that range from dermatitis and bloating to general fatigue.

Even if you don’t have celiac disease or a diagnosed wheat allergy, some people merely feel better when they cut gluten out of their diet. The fact that gluten-free food options are still high in demand — well after the gluten-free celebrity bubble has popped — is proof that the diet is more than just the food fad du jour. Here are the Top 5 gluten-free restaurants in Portland — arguably the alt-food capital of the country.

Whether you live in the City of Roses or are just stopping by, you’ll be glad to have checked out any of them. (Note: Not all of the restaurants on this list are suitable for those with severe celiac disease.)

Sizzle Pie might be a little bit of a cheat, which is why it takes the lowest spot on this list. It’s no longer merely a Portland institution — locations exist in Eugene and Seattle, and two Sizzle Pies even briefly existed in Brooklyn before shuttering at the beginning of this year. It’s also far from a dedicated gluten-free kitchen. This is a pizzeria, after all.

The jury is still out as to whether or not Sizzle Pie has the best pizza in Portland, but its gluten-free pizza is unrivaled. Not only is the crust a faithful approximation of what “real” pizza crust should taste like, but the pies are relatively hefty and capable of feeding more than one (which, as any gluten-intolerant pizza lover will attest to, is quite the feat). Combined with its vegan options and seemingly infinite number of toppings, Sizzle Pie is the go-to pizzeria for anyone in Portland with specific dietary restrictions.

Walking into Back To Eden’s dessert café can be extremely overwhelming. A large glass case houses a multitude of colorful, fresh-looking pastries and baked goods. There are also shakes, floats and sundaes. Everything is delicious, and it’s all gluten-free and vegan. For those of us with an insatiable sweet tooth, Back To Eden is a dangerous place.

Though Back To Eden is arguably best known for its dessert offerings, the adjacent bakery-café serves up a variety of savory, heartier dishes that are just as worthwhile. Some highlights are the Biscuits and Gravy Bowl for breakfast and the Macaroni and “Cheese” for lunch or dinner.

Anyone who’s been eating at gluten-free restaurants in Portland long enough will surely recognize the Gluten Free Gem brand. The company is one of the oldest quality purveyors of gluten-free sweets in the city, and its cookies, muffins and brownies are often conveniently close to the checkout line in local supermarkets.

In addition to pastries, Gluten Free Gem now has a retail shop — and it operates out of an entirely gluten-free facility, which means the food is suitable for everyone across the gluten-intolerance spectrum.

Though it makes a handful of irresistibly tasty treats, what makes Gluten Free Gem truly indispensable is its custom cakes. The bakery can do everything convincingly, from red velvet, to cream cheese mousse, to tiramisu. Many varieties can be made vegan, and everything is, obviously, gluten-free.

As far as gluten-free flour is concerned, New Cascadia has everyone else in Portland beat. Its bread simply tastes like bread. It’s soft and spongy and lacks the general flakiness and soapy undertones usually associated with gluten-free bread.

At its storefront, New Cascadia offers conventional breakfast and lunch dishes on a first-come, first-served basis. It’s not unusual to show up in the early afternoon on any given day and for all of the bagels to be gone.

Highlights are, naturally, the bagels, which are some of the best in the city, gluten-free or otherwise; the challah French toast, which is only available for the restaurant’s Sunday brunch; and, for lunch, the revolving sandwich and pizza selections. New Cascadia also operates an entirely gluten-free kitchen, which means its food is safe for those with severe celiac disease.

Butterfly Belly isn’t just my favorite among gluten-free restaurants in Portland — it’s one of Portland’s best-kept secrets, period. Everything at this primarily Vietnamese restaurant is entirely gluten- and MSG-free. Whenever I get the egg rolls, I have to double check — they really are that good.

In addition to operating an entirely gluten-free kitchen, Butterfly Belly makes its own gluten-free bread, egg rolls, French fries and meatballs. And I’m convinced that the restaurant’s naturally gluten-free pho is some of the best in the country.

Which of these restaurants are you most excited to try? Do you know more favorite gluten-free restaurants in Portland that aren’t on the list? Let us know in the comments below!

Up for trying your hand at gluten-free (and vegan and vegetarian) baked goods? Pop into our list of 5 Awesome Peanut Butter Recipes for those following special diets.