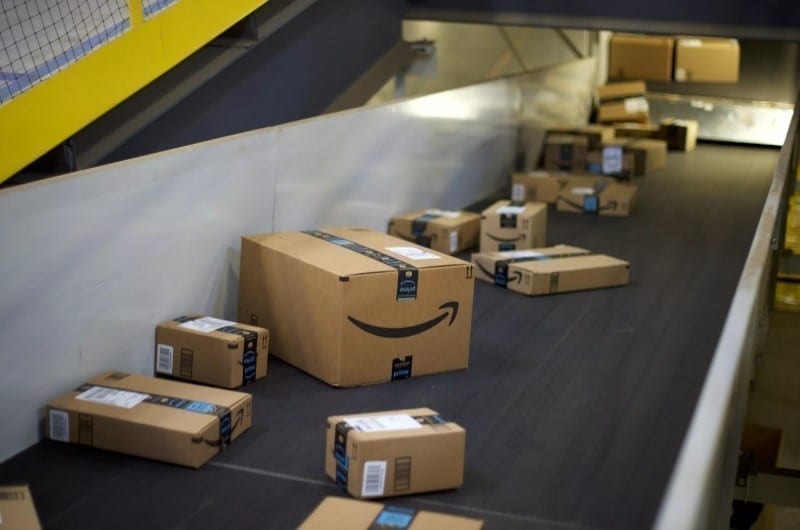 When the package arrived, the teenager was pleasantly surprised to see her name written on it. She excitedly ripped open the box. But instead of a note from her parents, she found a handwritten message — scrawled in black ink on the receipt.

When she read it, her blood turned to ice. What was really going on here? 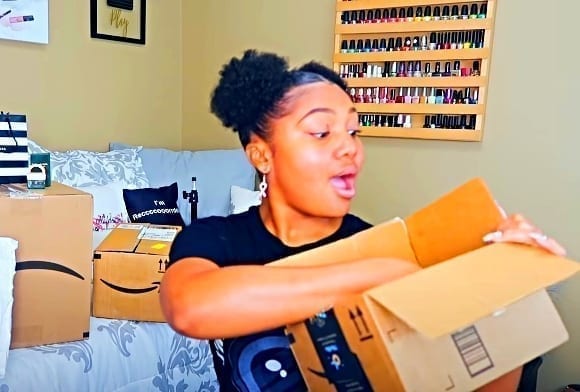 Every day, thousands of packages are dispatched by Amazon. The convenience of online shopping and having your order shipped right to your door means that more and more people are making use of this service.

However, when 13-year-old April Dorsett from Greater Manchester received a package in December 2017, what she found inside left her reeling.

Something Slipped In The Order 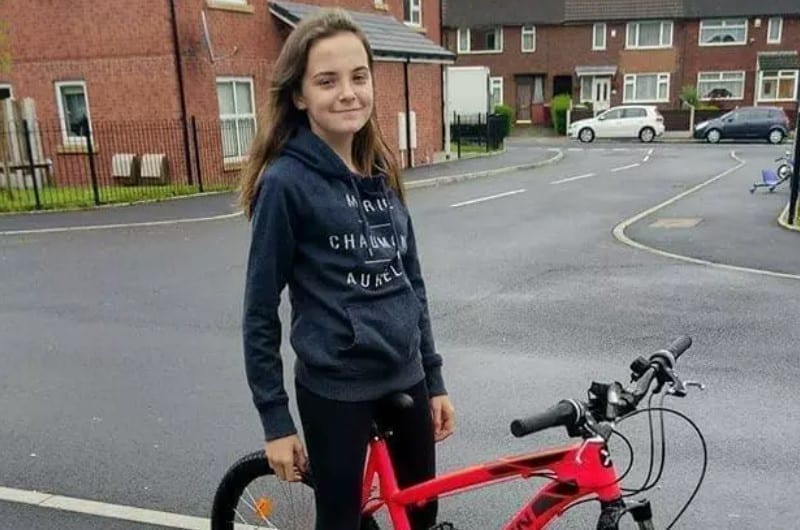 At the time, April Dorsett lived with her parents, Philip and Kim Dorsett. Naturally, when the teenager received a surprise package one day, she was excited to open it. Her father had ordered a $41 make-up advent calendar for his little girl as an early Christmas present.

He had requested that the message on the invoice read “Love from mum and dad”, but this was far from what April had received. After April had opened her package, her parents asked her if she had read the note inside. She had. But it wasn’t a message from her parents. She shakily showed them the invoice, saying: “Do you mean this one?” Kim read the note first, and the color drained from her face.

She silently passed it to her husband while her instincts screamed: “This isn’t right!” 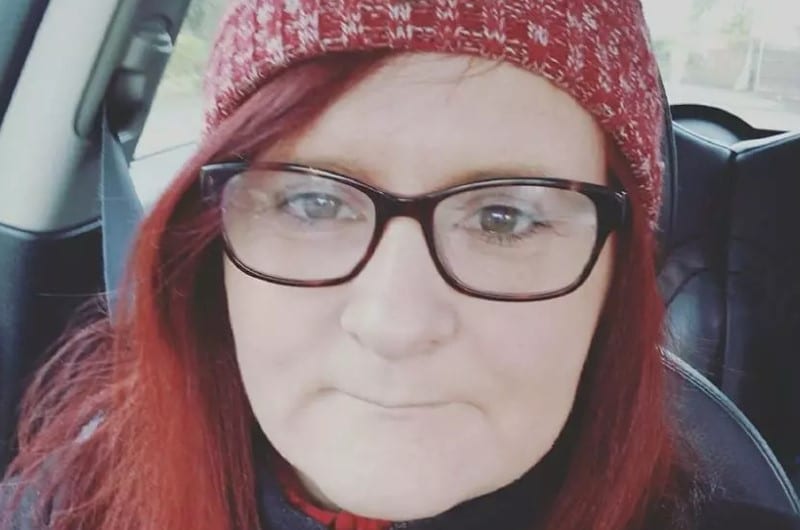 April’s concerned parents read and re-read the note that was scrawled hastily in capital letters on the invoice. The more they thought about it, the more concerned they became. Those seven words were so hair-raising that they knew something had to be done. But what? And who had written such a deeply disturbing message?

They knew they had to get to the bottom of it. 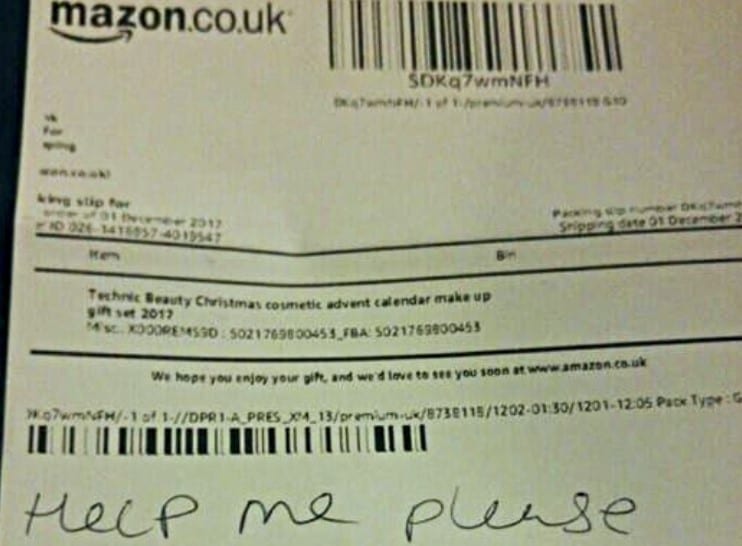 “HELP ME PLEASE,” the note pleaded, “PMP STAFF ARE EVIL.” But who or what was PMP? After some research, the Dorsett family discovered that PMP is the recruitment agency that Amazon hires to handle its distribution in its various warehouses across the world. So, it was clear then that someone from PNP had handled April’s package… Had they uncovered a conspiracy? 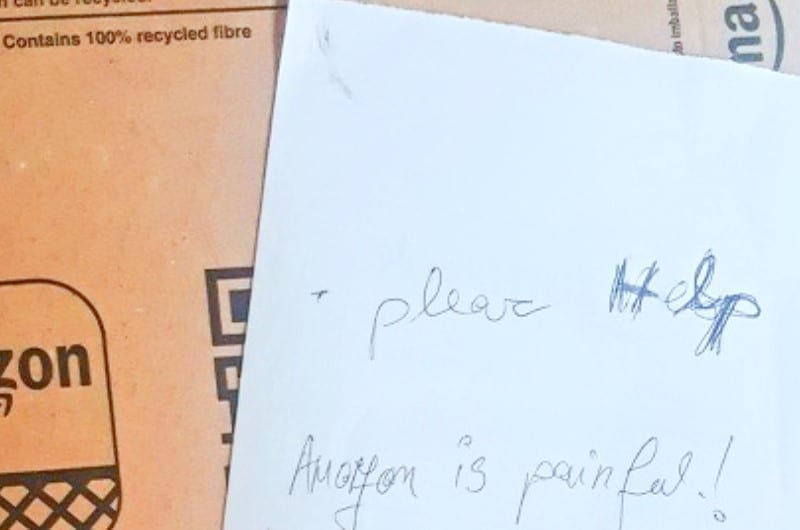 Kim told the Daily Mirror that her daughter April was deeply affected by the cryptic message. April was also a vegan and a strong advocate for animal and human rights. She was all-too-aware of exploitation and immediately grew concerned about the possibility that Amazon was running sweatshops.

Why else would someone have tried to reach out with a message on her invoice? 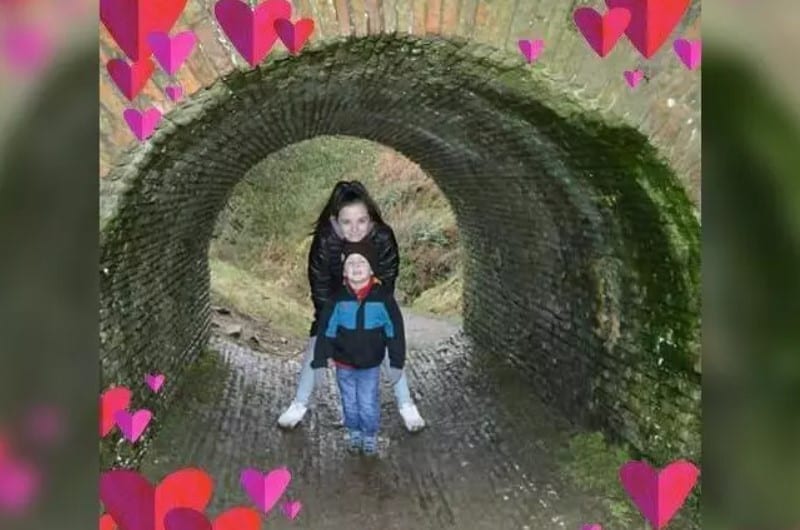 Kim decided to reach out to amazon personally in hopes of easing her daughter’s worries. She took a photograph of the incriminating invoice and shared it on Amazon’s Facebook page for everyone to see.

She hoped that the note was nothing more than a prank. All she could do was wait for their official reply. 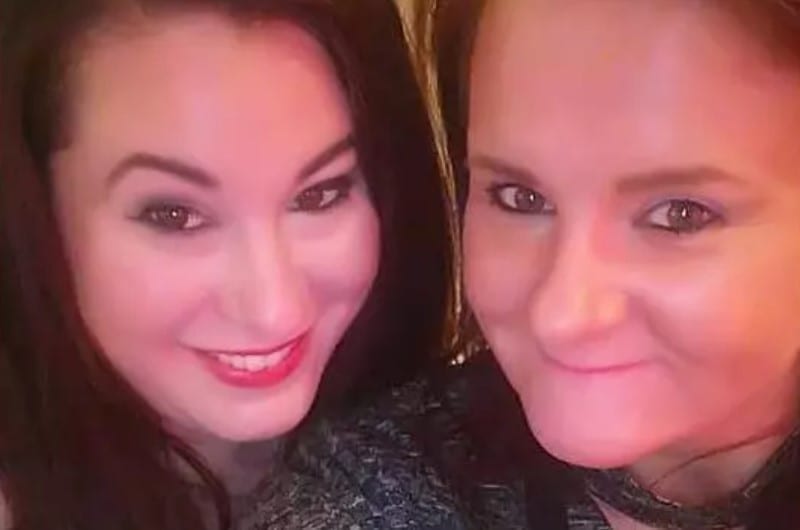 “My 13-year-old daughter received her advent calendar today from her dad,” Kim wrote in her post. “She was all excited to open it because it was addressed to her. She found this inside of her box and is worried Amazon are running sweatshops… I’ve told her it’s probably a prank but can you just confirm this, Amazon.”

And, just half an hour later, they replied. 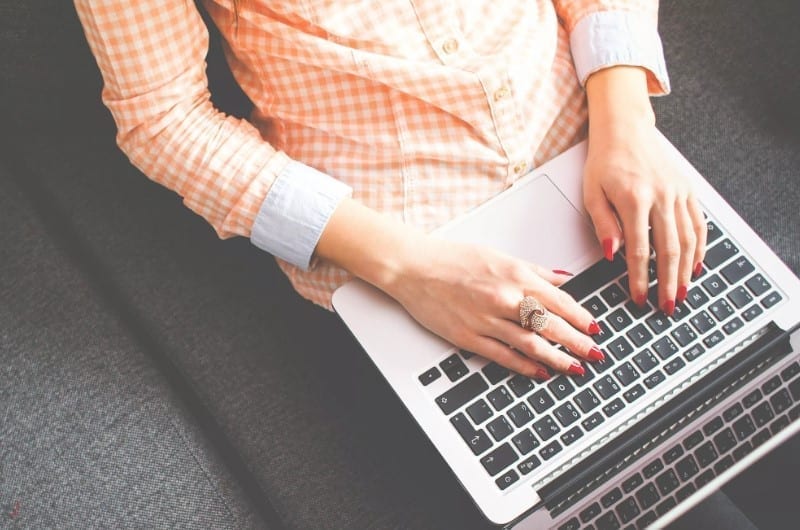 A woman named Aisha, who was a representative from Amazon, commented on Kim’s photo. And when Kim read it, her heart sank. The reply did nothing to ease the concerned mom’s mind.

In fact, Amazon’s official reply and the way they handled her query only made Kim more suspicious. What was actually going on here? 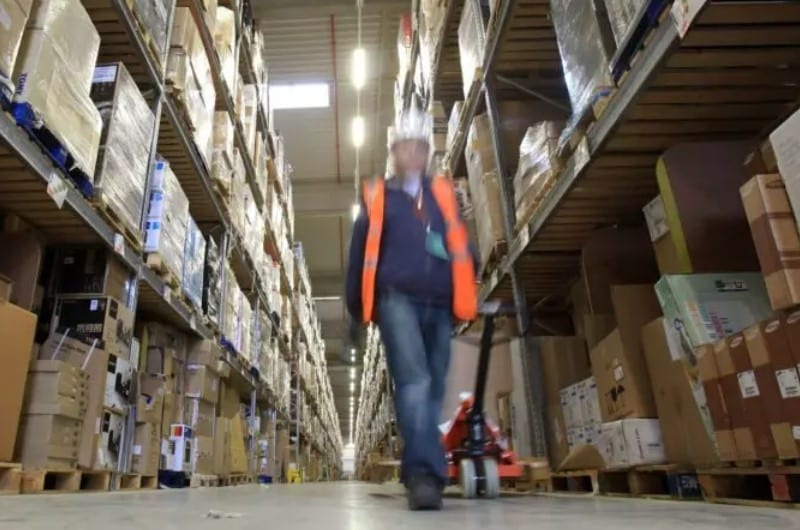 “Oh no! I am so sorry your daughter received this note in her package, Kim,” Aisha wrote. “We’d like for our team to look into this for you. Please fill out this form at your earliest convenience. Thank you.” Kim was furious. Amazon obviously wasn’t taking this seriously at all!

She replied to the comment, expressing her disappointment. “They didn’t answer my question,” she wrote. Something was telling her that the note hadn’t been a prank after all… 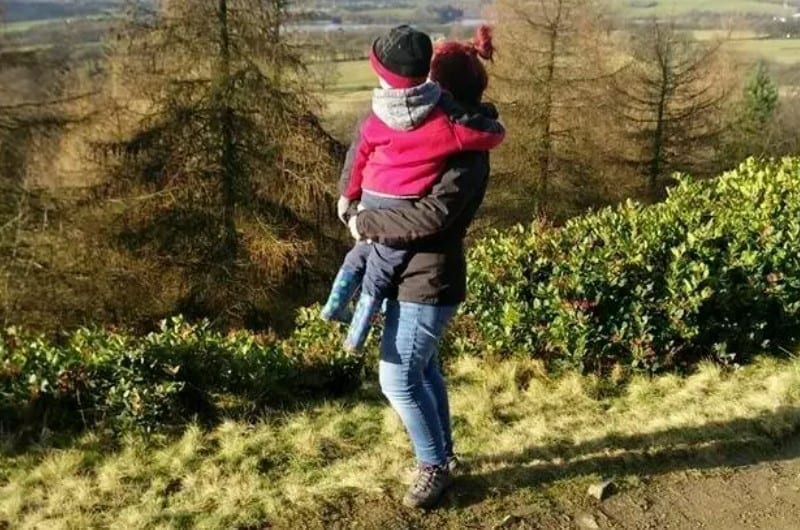 The anxious mom continued, “This is quite worrying. It’s the sort of thing you hear about happening in sweatshops in China.” 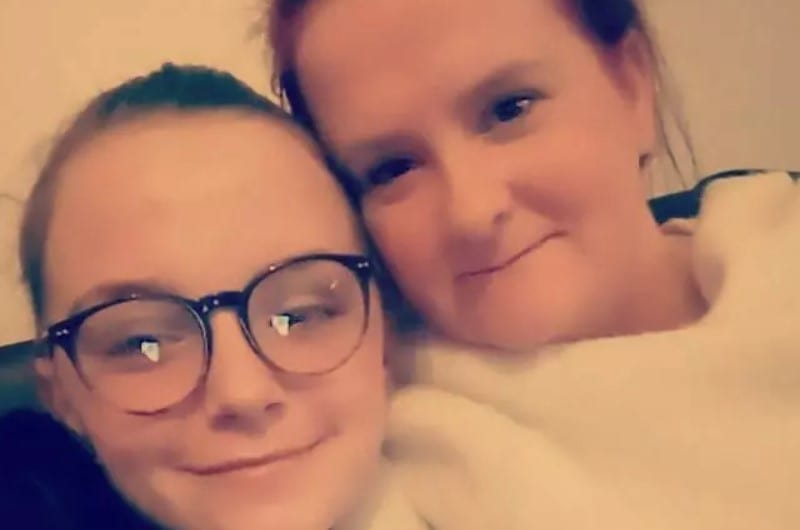 In fact, Kim had read about an inquiry that the Sunday Mirror had launched about Amazon just a week before. During their investigation, they had looked into one of Amazon’s warehouses in Tilbury, Essex, in the United Kingdom.

In the inquiry, the publication had accused Amazon of mistreating its employees — overworking them to the point where they needed emergency medical care! This didn’t sit well with Kim. 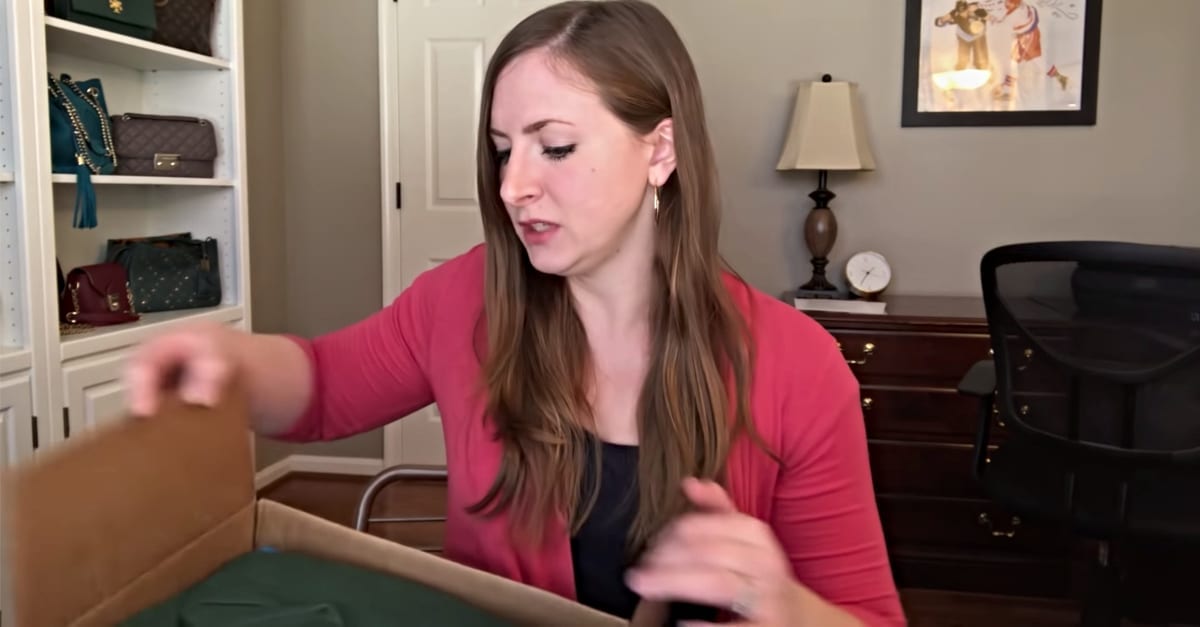 Furthermore, the Sunday Mirror claimed that employees in the warehouses had hourly targets that were impossible to reach — they were expected to pack a new box every 30 seconds. As a result, the workers had been worked to the point of exhaustion.

The paper had even documented workers falling asleep while standing at their workstations, and they also had monitored bathroom breaks. 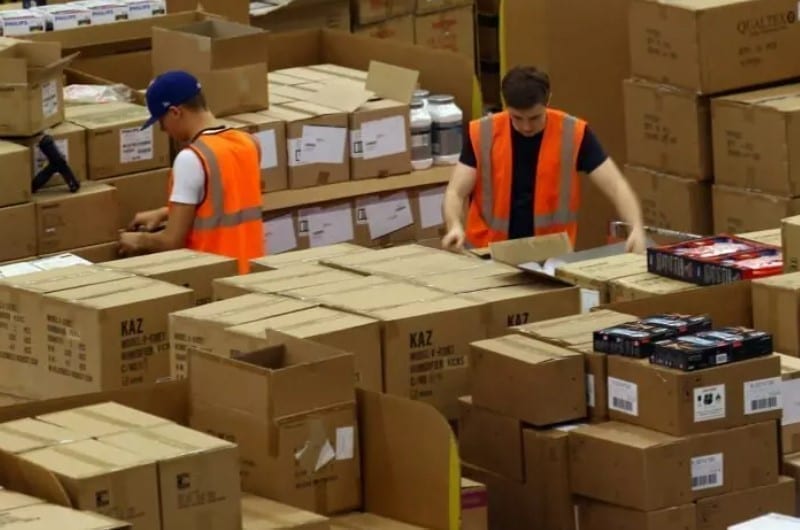 Amazon, however, was quick to dispute the publication’s findings. They refuted the investigation, saying that it was “inconsistent with [the experience of] the many thousand we employ all over Britain. There is on-site physiotherapy. We do not monitor toilet breaks.”

But, while Amazon’s reply to Kim’s Facebook was disheartening, someone else was taking the matter very seriously. 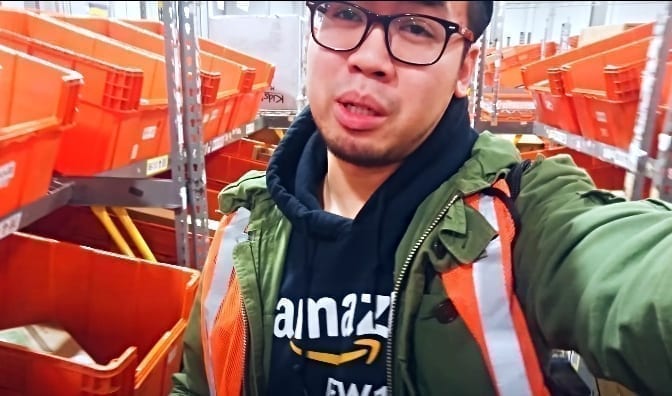 Amazon’s recruitment agency who handles Amazon’s distribution, PMP, wasn’t about to take the matter lying down. They specifically underlined that they were not involved in illegal labor practices and even made an official statement on their website.

They claimed that they followed regulations from the Modern Slavery Act 2015, and also gave a statement to a local newspaper in response to the unsettling note. 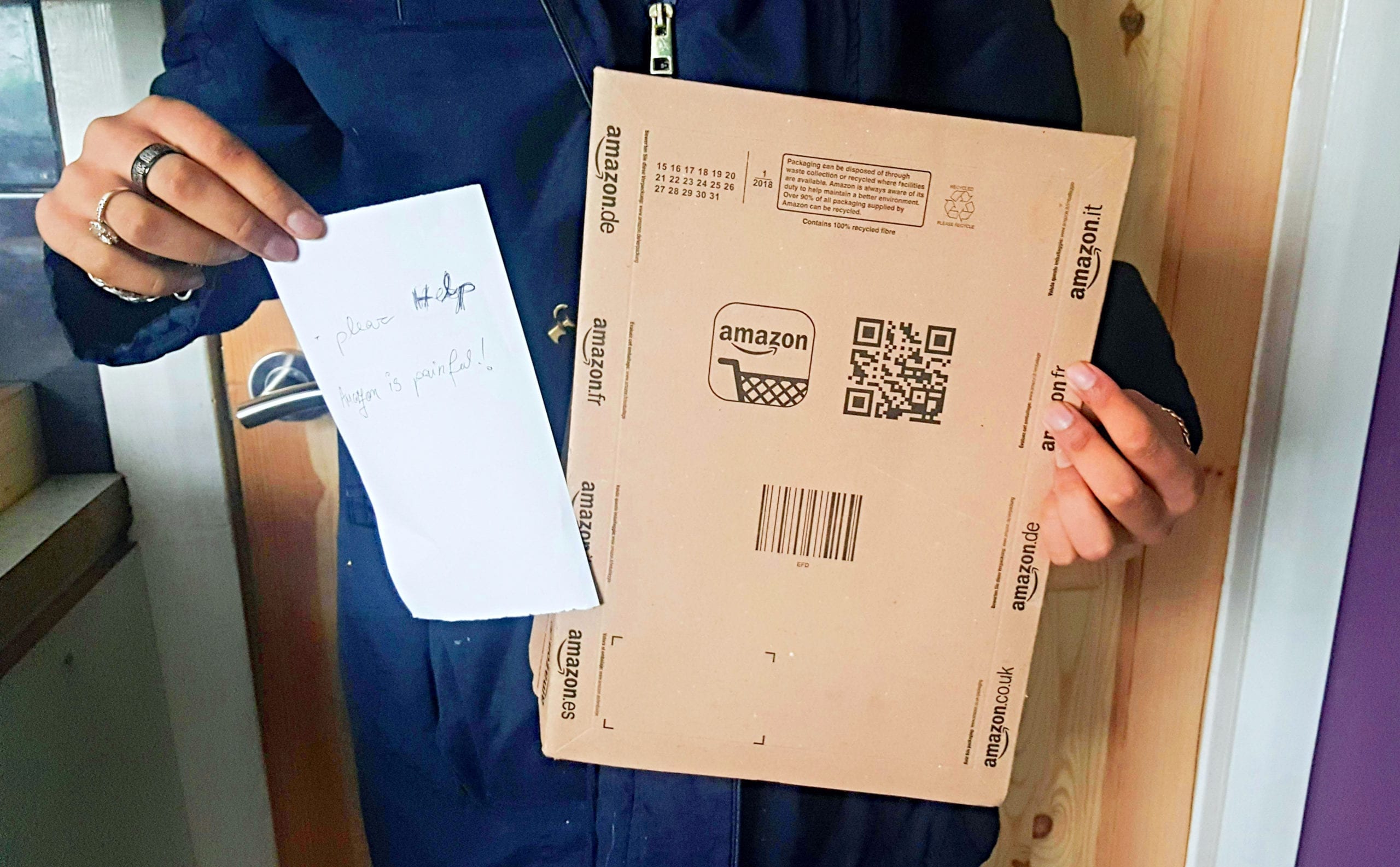 “PMP Recruitment employs over 100,000 people across a range of clients,” the statement read.

“…many of whom have stayed with us for a number of years or return each year during our peak trading period, so we do not recognize the comment made as being an accurate or fair representation of the employee experience we provide.” 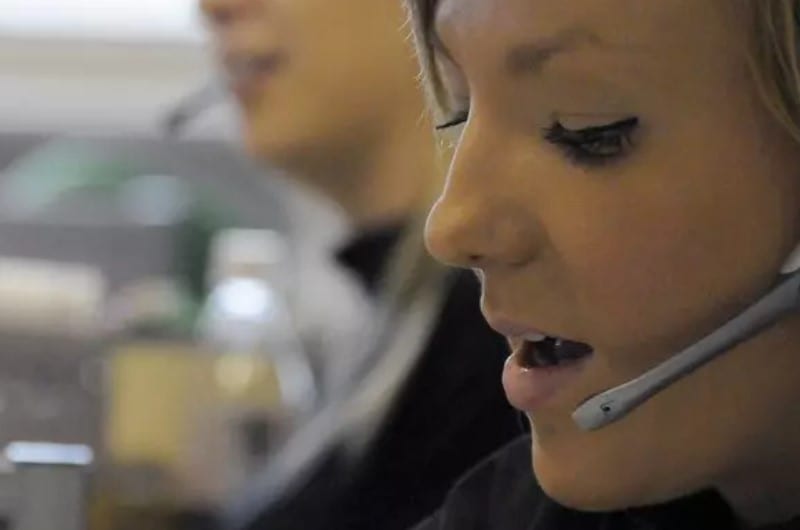 PMP concluded: “We provide various channels to raise concerns, including a confidential helpline, and have not received any complaints of this nature. We do, however, take such comments extremely seriously and will be investigating in conjunction with our client.”

But the damage had already been done. 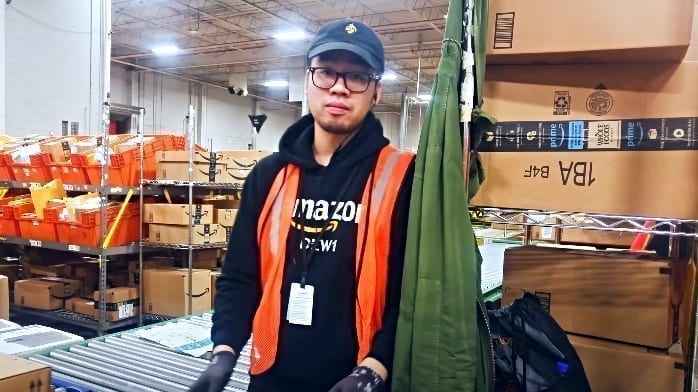 Comments flooded in from people who shared their disgust at Amazon and PMP and shared their personal stories.

One netizen wrote: “I used to work for PMP, I worked hard and didn’t stand around chatting. One day, a manager saw me chatting to a guy for a minute, the next day I was told not to come in again.” 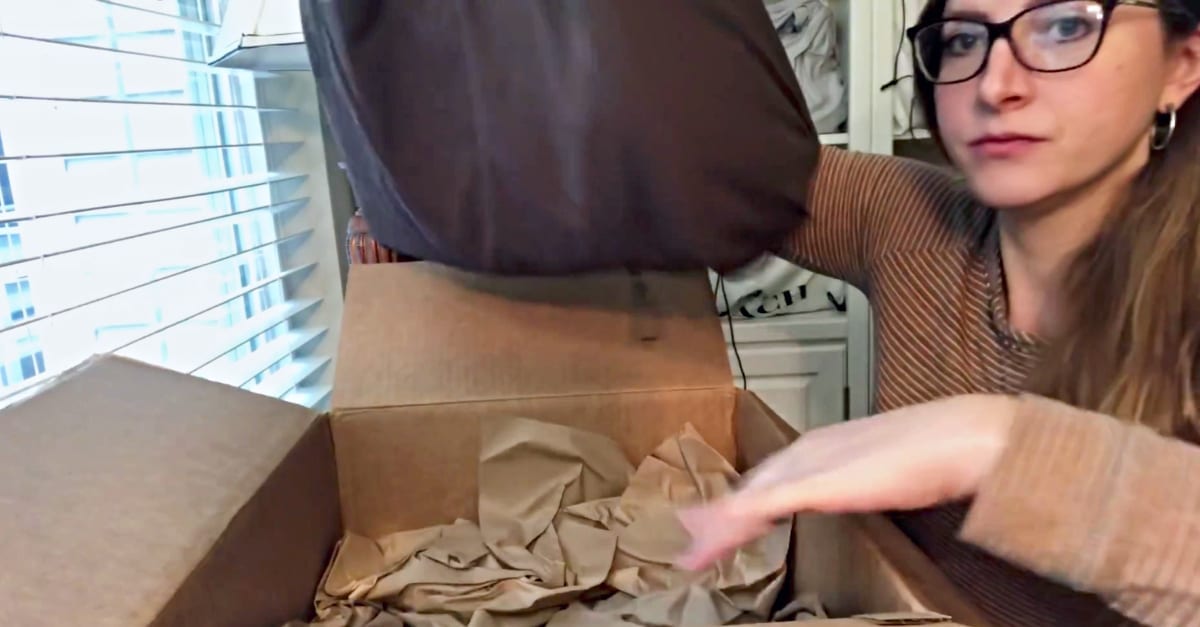 While there are several claims and accusations swirling around the online retailer Amazon and its agent PMP, Kim never did get a satisfactory explanation to her question.

The identity of the employee who wrote the note remains a mystery. While Kim has her doubts about Amazon, we can only hope that the cry for help was indeed a prank. 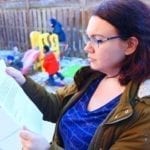