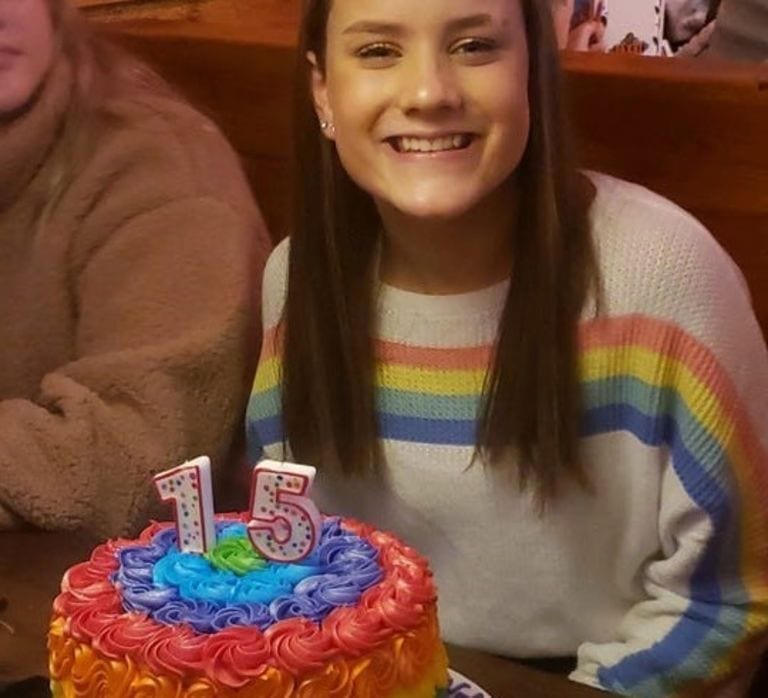 When you think about someone getting expelled from school you most likely think of some trouble maker. You imagine someone who is always misbehaving and causing trouble and problems which might even hurt someone else. While that’s a natural assumption, it’s not always true.

Sometimes it’s not quite as easy to understand the reasons for a student being expelled, however. This was the case for one Kentucky student who got kicked out of school after she posted an innocuous photo online. These events shocked everyone and left her family searching for answers.

Kayla Kenney was a normal 15-year-old schoolgirl from Louisville, Kentucky, where she attended the local Whitefield Academy, a private high school. She seemed to be nothing more than your average high school student.

Kayla was a happy child. Her social life was active and she enjoyed spending time with her friends and family. She took part in many different activities including a lifelong passion for athletics.

Kayla’s birthday was approaching and she was naturally excited to celebrate it. However, what was meant to be a happy occasion filled with love, laughter, happiness, food, and fun, would turn into one of the worst experiences of her life.

Preparations for her big day were underway and she was getting excited. She made a special request when it came to her cake. For her birthday, Kayla asked for a cake that was frosted in “assorted colors”. The cake she received was exactly what she wanted.

After the party was over, her mother went through the photos and selected some to post on Facebook. One of these was of the smiling Kayla wearing a rainbow sweater while posing besides her colorful birthday cake.

It was not long after the photo was posted that the family received a message from Dr. Bruce Jacobson, the head of Kayla’s school, that she was to be expelled. Kayla and her family were caught completely off guard especially since Kayla was a model student and never got into trouble.

It soon became apparent that Kayla was being expelled from the school she loved because of the fact that several of the school administrators, including Jacobson, felt that the cake she had chosen for her birthday represented LGBTQ pride.

No one could believe this. Kayla and her mother, Kimberly, both denied this ludicrous claim. Kimberly stated: “I just feel like it’s a label [school officials] have put on her. Just because I’m wearing a rainbow doesn’t mean I’m gay.”

The truth is that the Whitefield Academy’s code of conduct and the rules laid out in it are often very strict and generally rather controversial in many ways. In fact, some of the rules are quite difficult to understand.

One of the rules in the Whitefield Academy’s code of conduct states that the school has the right to expel a student if their “home environment is not in harmony with the school’s doctrinal belief in the centrality of Jesus Christ and the authority of Scripture and Biblical lifestyle.”

While there are many different ways in which this rule can be interpreted, the school’s guidelines continue by stating several other things that they feel are in violation of the rules. These include “homosexual orientation” and “sexual immorality.”

The Whitefield Academy, however, has refused to back down and continues to defend its decision to expel Kayla. They claim that the school’s rules are perfectly aligned with Kentucky law and that they are not unlike the rules of other similar institutions.

According to the school, the photo is not the only reason why Kayla was so unexpectedly expelled. The school claims that these claims are “inaccurate” and that Kayla has a long track record of violating school rules.