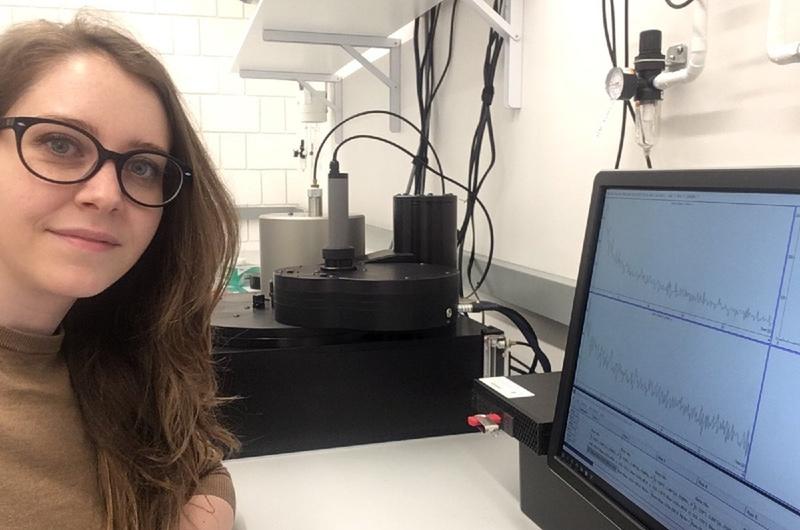 She stared at the screen in front of her, she could not believe what she was seeing. This could not be true, she tried everything to change the results, but they remained the same.

A small girl was showing her the answers she had wanted her entire life. Everything changed that day.

Viviane Slon works as a paleogeneticist, but she could never have expected what she would find one ordinary day while in Leipzig, Germany.

She loved to find out where people originated from. This passion drove her to study to become a scientist. And she had become a great one.

More Than It Seemed

A piece of bone was found in a cave in Siberia in 2012. The ancient fragment was thrown into a pile along with other fossils and was forgotten about.

They assumed it was just another fossil like the rest, but that wasn’t quite right. The fossil would turn out to be quite remarkable.

Denisova was discovered when a fossil was found in the Altai mountains and was determined to be a new species of hominin – which means an early human.

There are a few hominins that have been discovered so far. And many date back to as far as four million years!

Our oldest human ancestor is the Ausralopithecines who walked on two leaves and could climb very well. These relatives of humans came from Africa millions of years ago.

To put things into perspective, Homo Sapiens only emerged around 250,000 years ago. But Slon needed to figure out more about this period.

University of Michigan School for Environment and Sustainability

The small piece of bone was in slon’s lab at Max Planck Institute for Evolutionary Anthropology. Then, she told a colleague to examine the pile for old fossils to add to their new system. Little did they know what it would mean.

Slon had studied for many years and had seen her fair share of fossils. But even with all the early humans she had studied she had never seen something quite like this.

Homo heidelbergensis was a specimen that she loved more than most others. The hominin emerged 700,000 years ago.

The Homo Heidelbergensis came from Africa and Eurasia and were much more like modern people in their appearance. They were particularly interesting to Slon as they laid the foundation for how their descendants would evolve.

But they acted pretty differently from their predecessors, too. Just like another species, Slon was fascinated by…

The Neanderthals are widely known in today’s society as they only emerged 40,000 years ago. Their DNA still remains in most people of European and Asian descent and that’s because they mated with Homo Sapiens.

Slon was fascinated by what the world looked like at that time and how all the species interacted with each other to result in the world and people we have today. But she could have never imagined she’d find a real-life clue.

Slon’s colleague studied the bone fragment as instructed and immediately asked for her help. The sequence in the DNA wasn’t like the Denisova sample she was expecting. She stared at the sample, puzzled over what went wrong.

That’s when Slon came to lend her expertise and help her colleague understand what was occurring in the DNA. Or more aptly, to discover what secret the DNA was hiding.

When Slon analyzed the DNA present in the bone’s mitochondria, she had no idea what was waiting for her. The bone fragment was just one inch in size but she could already tell something for certain.

The DNA indicated that it belonged to a teenage girl who was about 15-years-old. At first, the bone looked like it belonged to Denisova but something didn’t quite add up.

Slon grabbed more equipment and began to analyse the nuclear DNA. “This was already very exciting,” Slon told National Geographic. “It only got more exciting when we started looking at the nuclear DNA.”

“That’s when we realized there was something a bit funky about this bone,” Slon continued.

Slon’s knowledge on genetics told her that material is passed down by both the mom and dad. It wasn’t enough to know who this bone belonged to but where she came from and who her parents were.

Slon excitedly got to work but nothing could have prepared her for the shock of making a monumental scientific discovery.

When she studied the results at first, she thought she had made a mistake. She redid the analysis again and again before coming to the realization that she had stumbled upon something extraordinary.

While studying the bone fragment, she realized that the ancient girl’s genetic makeup was incredibly diverse.

But in this ancient girl, the presence of heterozygosity at an alarmingly high rate could only mean one thing. Slon’s eyes grew wide as she looked at the test analysis for the final time. She had discovered one of the holy grails in human evolution.

Slon discovered that this bone fragment belonged to a first-generation child of interbreeding between two different species. Who were her parents?

The analysis showed that this girl was the love child of a dad who was a Denisovan and a mom who was a Neanderthal. But how was it even possible?

“We knew from previous studies that Neanderthals and Denisovans must have occasionally had children together,” Slon told London newspaper the Evening Standard. “But I never thought we would be so lucky as to find an actual offspring of the two groups.”

“It’s amazing to be able to find something like this,” Reich said to National Geographic. “It seemed unlikely that we would be able to catch it happening in the act – an individual that’s really the product of a first-generation hybrid.”

However, how is interbreeding possible without resulting in deformities in the offspring?

A well known example is the mule, which is bred by a donkey and a horse can be born relatively healthy. However, it will always be infertile, preventing it from producing young of it’s own.

But there are other species which defy the deformities of interbreeding, which give us clues as to how the Denisovan and Neanderthal managed to mix. Here are 5 that shed some light on the mystery.

Scientists took a peek into the DNA of 144 Guenon monkeys. The idea was to find out why the two groups had such distinct features.

They found that the unique evolution was not because of separate breeding within the two distinct species of ape. In fact, the “red” monkeys and “blue” ones were naturally creating hybrid babies – and not in the confines of a zoo.

Looking further into this interesting group, researchers found that the original inhabitants were the red monkeys.

The area was later invaded by the blue ones. Both sides didn’t seem to mind the stark differences in appearance. This brings the first key that’s vital to understanding where we came from – habitat changes that force migration.

The cross between a grizzly bear and a polar bear is also called a prizzly. Cute right?

The hybrids were first found in the wild, then the zoos decided to try and breed the new pairing in captivity. The reason, however, is quite sad – to the point where they shouldn’t have existed at all.

The new species bred out of desperation.

Due to the melting ice shelves, the polar bears were forced to migrate anywhere with solid land. Also, both sides had their habitats destroyed to the point where they couldn’t find food. So, the second factor is climate change.

This crossbreed comes from a male wolf and female coyotes.

The interesting thing is that the offspring remains fertile – so it’s not like a mule. They babies grow up to look larger than their mothers but with features less like the father. They’re also adept at survival. But this comes with a prince…

Because both side’s roaming grounds have got smaller, they’ve started to invade each other’s territory.

They breed so much that scientists had to go out and sterilize some of the females because they were worried the pure strain of wolf DNA would be irreversibly diluted.

These hybrids, however, are incredibly rare – more so than the other examples on this list. The first recorded one was in Tokyo SeaWorld in 1981. But he died after 200 days.

It was first believed that the pairing would end up with infertile offspring.

Years later they found out it wasn’t the case. The mother and babies had a really hard time. Either the calves wouldn’t live very long or the mother wouldn’t feed them. Some specialists think it’s because the female gave birth too early in life. The last example is unbelievable.

These amazing hybrids actually are a combination of female land iguana and male marine iguanas!

That’s right, water and land have finally come together. The babies have distinct features from both parents but the reason why they managed to join comes from a delicate balance of conditions…

In this case, Mother Nature gave the green light to these boys and girls because it was a better way to survive the harsh conditions surrounding the Galapagos islands.

The marine iguanas couldn’t find enough seaweed (their staple food), but even though there was plenty of food on land, it was too hard for them to traverse the rocky shores. So, they made children that had the best of both worlds. This all brings us back to our story of the two humanoids.

Between harsh conditions, climate alterations, and habitat changes, we see that nature can usually find a way to adapt – or to quote the famous Jurassic Park, “Life finds a way.”

One can only imagine what happened long ago to bring Denisovan and Neanderthal together. As for Slon, it was a groundbreaking breadcrumb of human history and discovery she will never forget.