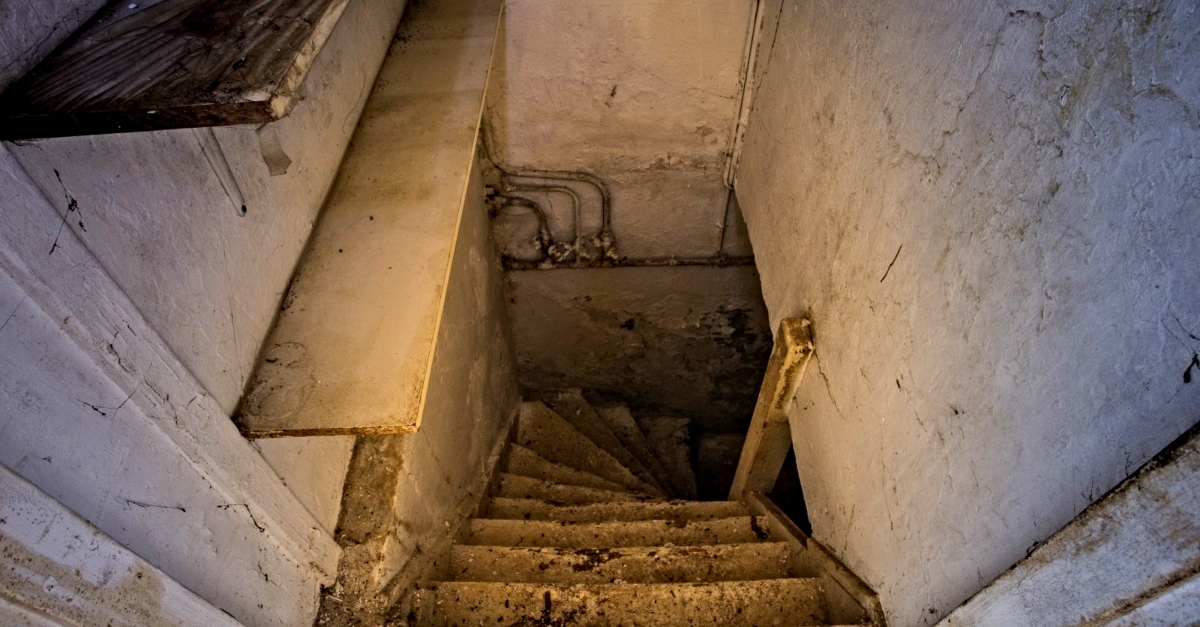 Thiele, alongside his colleagues, had spent a better part of two years chasing down countless leads that amounted to nothing. Although a gut feeling told him this time wouldn’t be any different, he still pushed down the staircase.

As his flashlight lit the darkness before him, he noticed something that made him stop in his tracks. Sweat slicked his neck as he realized what he was looking at. The steps below him revealed a terror that wrenched his emotions in different directions.

Detective Erik Thiele had been a man in blue for as long as he could remember. There was little that could phase him, given what his line of work specialized in.

When he relocated to Saugerties town in the heart of Ulster County, New York, he’d thought the trend would continue. But what he’d see under that staircase would wizen every muscle in his body.

This particular case had been equally unsettling and troubling since the start. Even early in the case, Thiele and his colleagues held on to little hope, given how little they had to go on. Still, they’d expected to make a breakthrough.

In such a case, time was a luxury Thiele and his team didn’t have. They began losing hope as the days slowly morphed into months, and by the end, Thiele started fearing the worst.

Thiele had never been a pessimistic person. In everything he did, he looked on the bright side, hoping he’d get to the root of every mystery he was solving. Yet this particular one was giving him a run for his money.

How often had he stood in his office pondering before his evidence board? He knew the answers he was searching for were hidden in there. Yet, when he went after a lead, nothing substantial turned up. Was he missing something?

As with many of the cases Thiele had dealt with over the years, there were suspects he was investigating. The ones tied to this case were Kirk Jr. and Kimberly. Although Thiele was convinced the two were involved with the case, he couldn’t prove it.

Each time he’d tie something to the two, the corresponding leads would evaporate. Was there someone else involved with his suspects that he was missing?

Among Thiele’s most notable attributes was his ability to maintain objectivity while at work. Personal biases could easily cloud one’s judgment, but Thiele knew how to keep everything in perspective as a trained professional.

Phenomenons such as “confirmation bias,” which made investigators draw conclusions based on what they wanted to be the truth, weren’t a problem for him. If he searched enough, something would eventually come up.

Several officers in the Saugerties PD were somehow linked to the affected family as friends or family. As such, none of them could be a part of the investigation. Such a reality made the case everyone’s nightmare.

Two years had gone down the drain without any significant progress on the case. The worst part was what little evidence the PD had kept the embers of hope burning. But for how long would it stay alight before snuffing off?

Over the months, several tips had surfaced. Despite the original crime scene being a hundred and eighty miles away in Cayuga Heights, the tips kept directing Thiele to a house in Saugerties. The occupants of said house had an undeniable tie to the case.

Since the tips were all hearsay and not hard evidence, Thiele found it challenging to come by search warrants that would allow him to scour the house. He’d had several chances to search the place, which he did, but he couldn’t find anything. So why was he convinced that he was missing something?

Each time Thiele had searched the house, he’d only had a limited amount of time to do so due to the legal bindings of the search warrants he secured. Additionally, his team couldn’t search some parts of the house.

As such, their searches always felt unsatisfactory. But being barred from certain rooms and the time limit only made Thiele more determined. If something were missing from the case, he’d find it in that house.

The house in question belonged to Kirk Sr., the dad of Kirk Jr. At first, Theile wasn’t sure if the older man had anything to do with the case or if he was unaware of what was in his house.

Such a vital question warranted an investigation on Kirk Sr., adding another layer of complication to an already complicated case. That was until a final tip-off gave Thiele’s team the breakthrough they needed to solve the case.

While official reports don’t provide many details about the tip-off that broke the case, it was revealed that this tip “was corroborated” and led to a new search warrant for the house being issued.

This time, Detective Thiele’s instincts proved correct. As he walked up the house’s main staircase, the light from his torch bouncing ahead, he noticed the light flicker against something between the stairs.

When Detective Thiele saw what looked like a blanket visible beneath a crack in the stairs, he immediately called his colleagues over. Detectives used a special tool to pry open some of the stairs. What they first noticed shocked them.

A makeshift little room had been hidden under the stairs all this time. Also visible, was a pair of little feet. After all their previous searches, they had finally found the little girl that had gone missing two years ago.

Paisley Shultis was living with her custodial parents when she went missing in 2019, aged 4. While Kirk Shultis Jr. and Kimberly Cooper were her biological parents, they had lost custody of her back then.

It now seemed that the concealed area was used to hide her during previous searches. The area clearly showed signs of being used before and contained blankets, a pillow, and stuffed toys. Paisley was treated and found to be unharmed and in good overall health.

Kirk Shultis Sr., together with Kirk Jr. and Kimberly (who had been found hiding under the stairs with Paisley) were all charged with a variety of offenses.

For detectives like Thiele, the safe return of little Paisley marked the end of one of the most grueling and heart-wrenching investigations of their careers.

The dramatic but ultimately good ending to this case illustrated how vital it can be to never give up hope. The sterling work of Detective Thiele and the other police officers involved was a testament to this fact.

With so many similar cases ending tragically, the case has unsurprisingly received much media attention for its positive outcome. Paisley, now 6-years-old, was said to be in good spirits after being reunited with her custodial family.