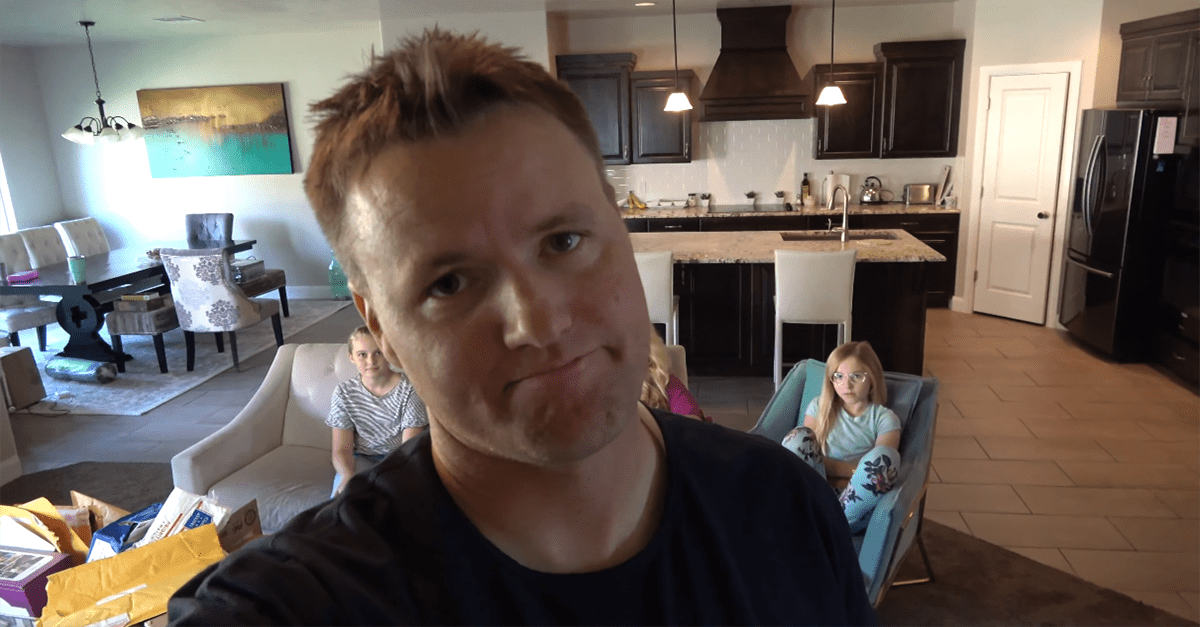 She had been excited to present her parents with their Christmas gifts. But the home DNA kits that she had hoped would shed some light on her family’s history only left her with more questions.

She had wanted to bond with her beloved parents as they traced their roots together. But when the results came back, they shattered her world. 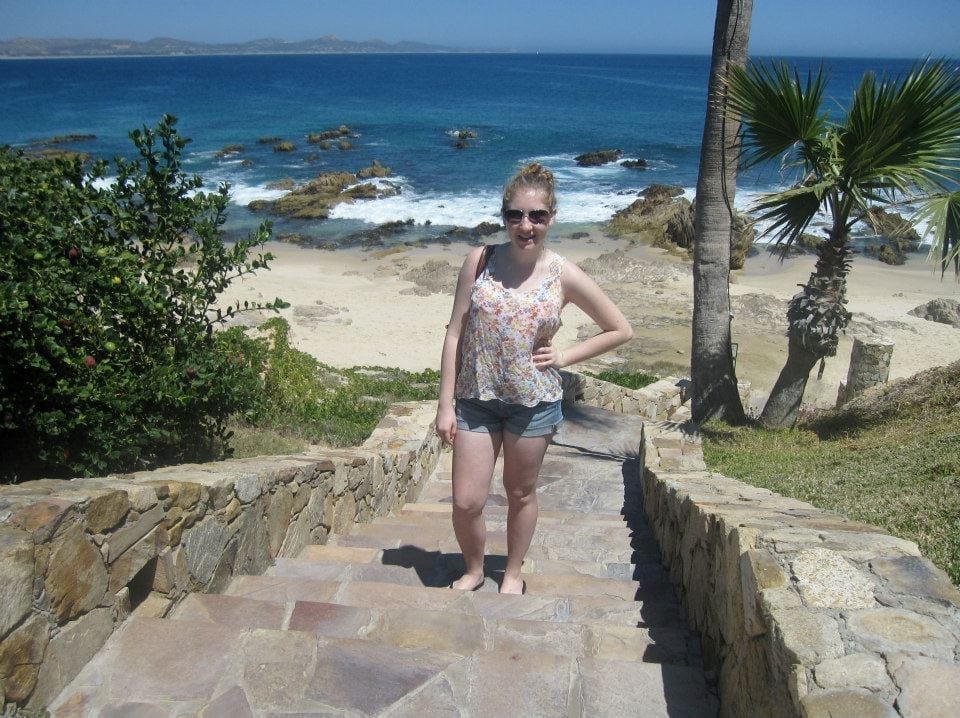 Rebecca Cartellone had an excellent relationship with her parents. So when she bought home DNA kits for everyone in the family – herself included – she couldn’t have expected the devastating outcome.

Of course, she had no idea just how much trouble her well-intentioned gifts would cause – let alone that the results would uncover a dark and scandalous secret.

Rebecca had been born in November 1994 to Joseph and Jennifer Cartellone. As an only child, her parents doted on her. She had remained the couple’s much-beloved only child even as she reached adulthood.

Rebecca’s interest in her family heritage only deepened with time. Now, at the age of 24, she was eager to explore her roots, which were Italian on her father’s side. 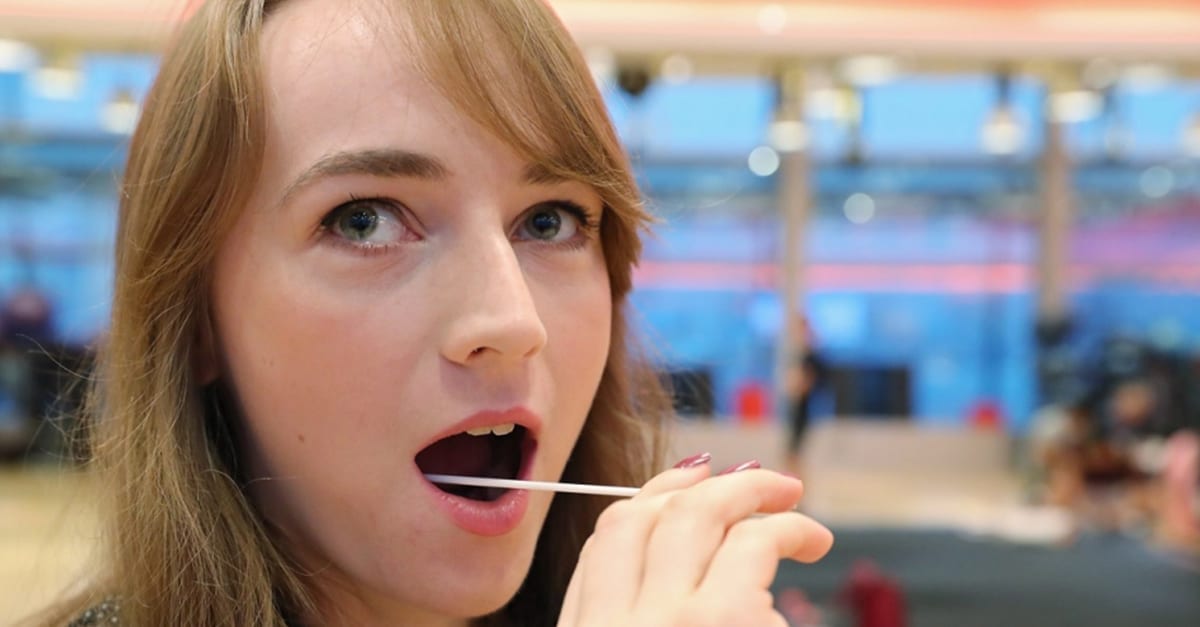 When Rebecca decided to gift her parents the DNA tests, she only had the intended for her family to learn more about their heritage. She thought it would be something fun that they could do together.

So they all happily collected the required samples together and sent the tests off to be analyzed. The Cartellones were completely unaware that when the results came in, they would tear their world apart. 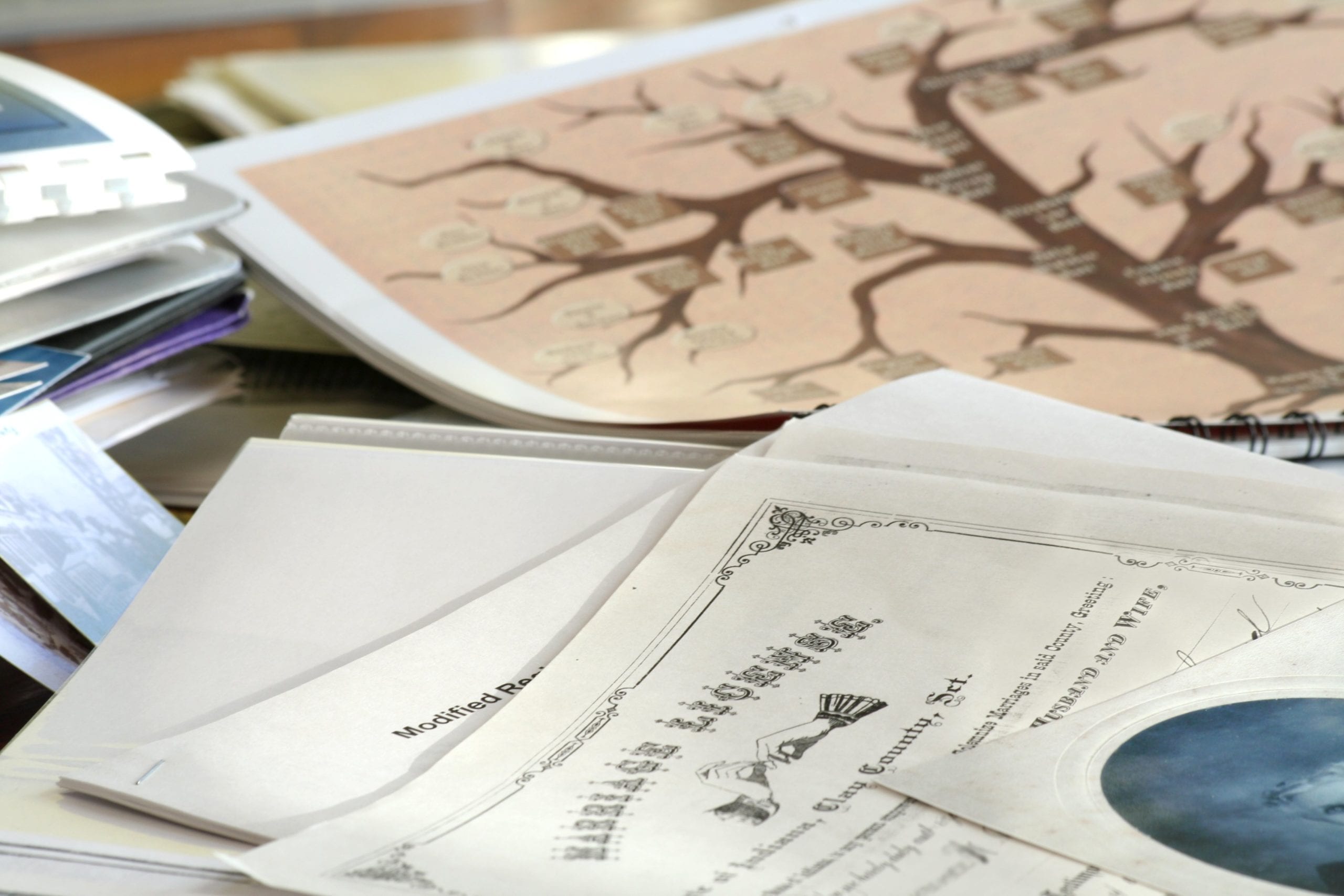 After a two-month wait, It only became clear that something was amiss when Rebecca, Joseph and Jennifer’s DNA results came back in February 2019.

These results indicated that Rebecca shared a strong genetic link with her mother, which was unsurprising. However, there seemed to be something amiss with her father’s results. In fact, it appeared that Rebecca and Joseph had no genetic makeup in common at all. 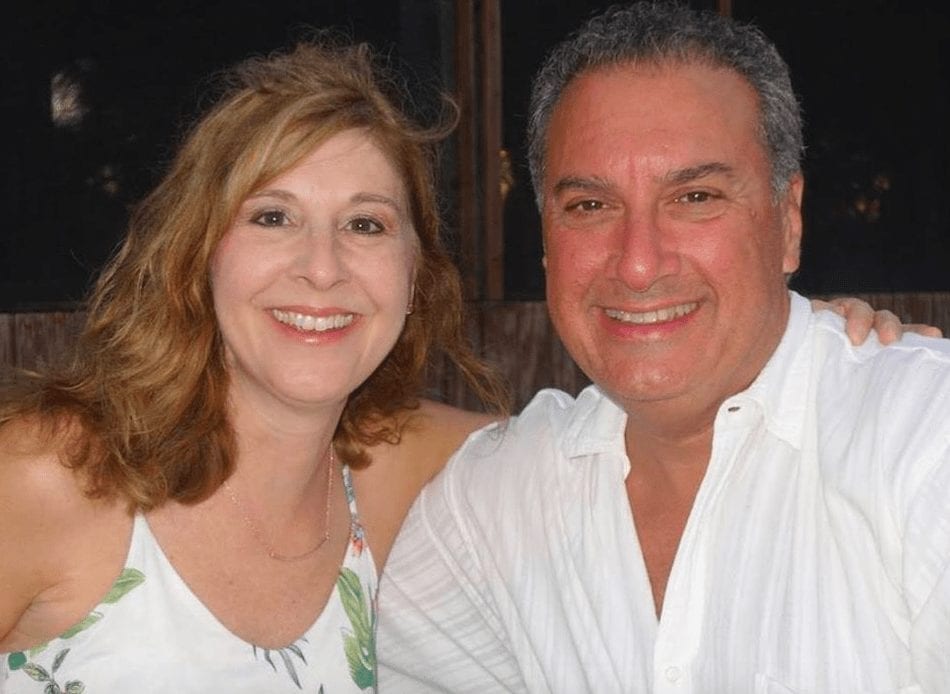 Joseph When spoke with Good Morning America in August 2019, he revealed what had subsequently transpired. “When we looked at the results, what we immediately noticed was that there were no traces of Italian DNA in [Rebecca’s results] at all…” the distraught dad said.

He added: “And her DNA matched my wife’s pretty closely.” But the close-knit family was in for another shock.

Some Kind Of Mistake 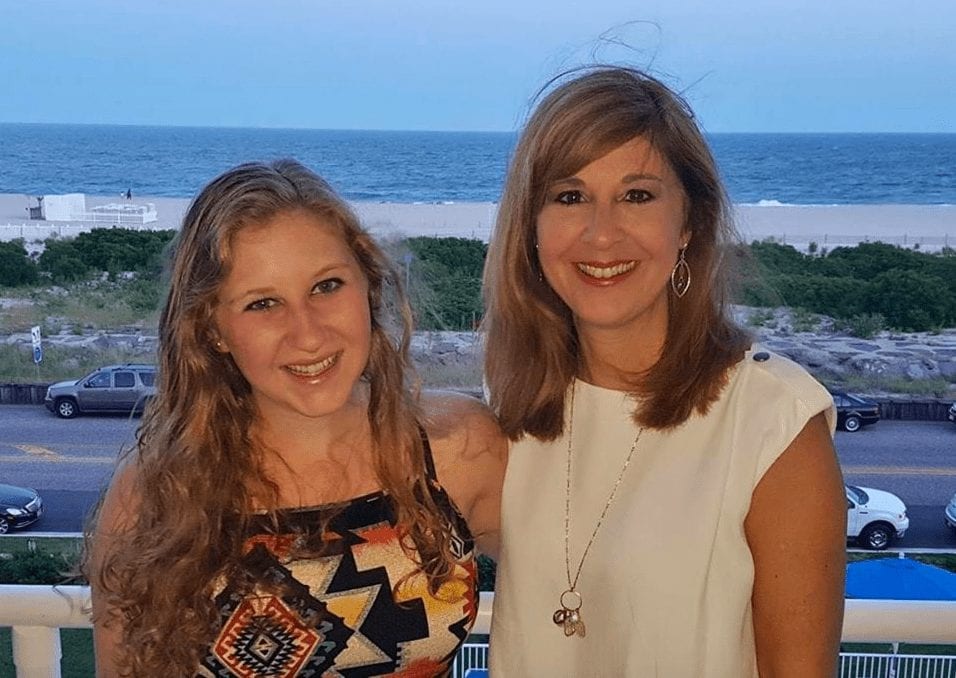 At first, Joseph believed that there had to have been some kind of mistake with the DNA results. He immediately contacted the company that produced the DNA kits.

In response, though, the company explained the process and rigorous testing that the samples had undergone. There was very little room for error. But if the results were correct, what did this mean for Joseph? He had to get to the bottom of the mystery. 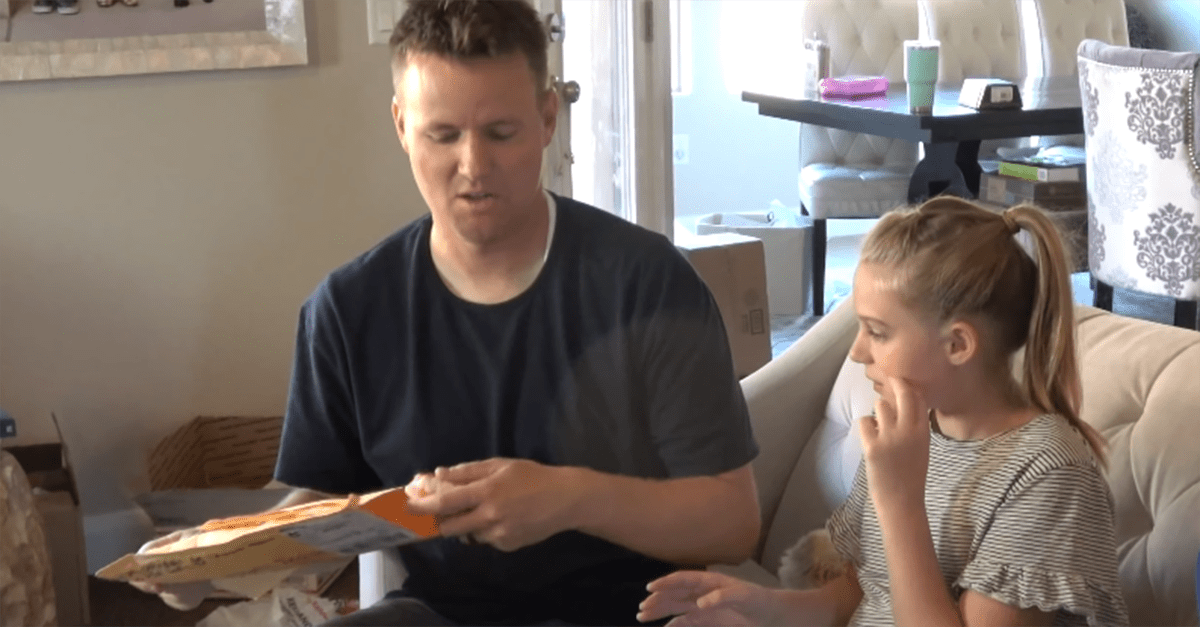 To find out the truth once and for all, Joseph and Rebecca took a paternity test together. But when the results of that study came back, the pair’s greatest fear was realized.

Joseph was in complete disbelief. His unwavering faith in his wife’s loyalty had to mean that there was something else going on here. There was only one other possible explanation. 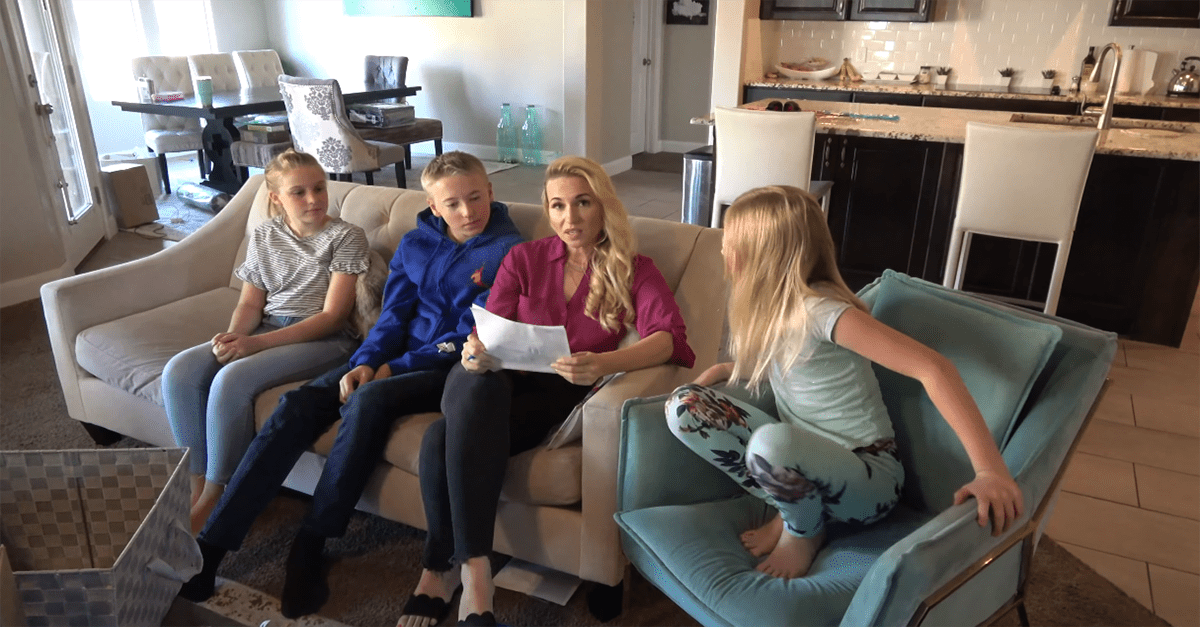 “My disbelief turned quickly to shock and then ultimately to anger that this could possibly be the case,” Joseph explained on Good Morning America.

The paternity test had confirmed that Rebecca and Joseph were not biologically connected at all. And these findings would ultimately reveal a scandal that went far beyond mere infidelity on Jennifer’s part. It was much, much worse. 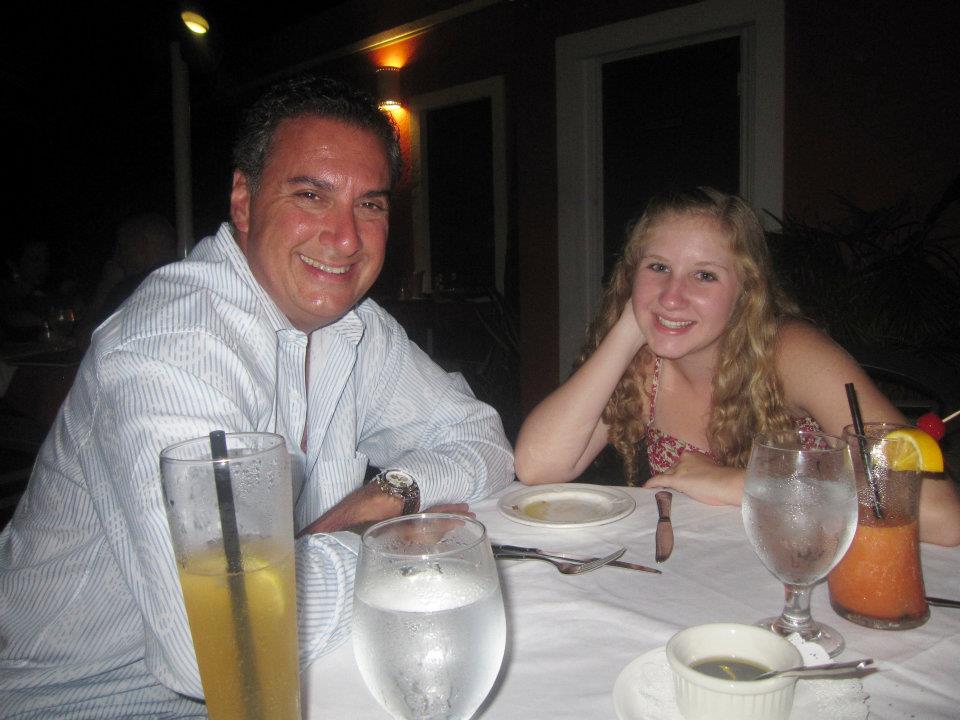 Joseph grappled with the truth, not wanting to believe it. His mind wandered back to a period in 1993, just before Rebecca was conceived. Could it be possible? He pictured Jennifer’s doctor’s face in his mind, and his confusion became rage.

All the evidence told him that Rebecca wasn’t his biological child. It couldn’t be wrong — science doesn’t lie. But people do. 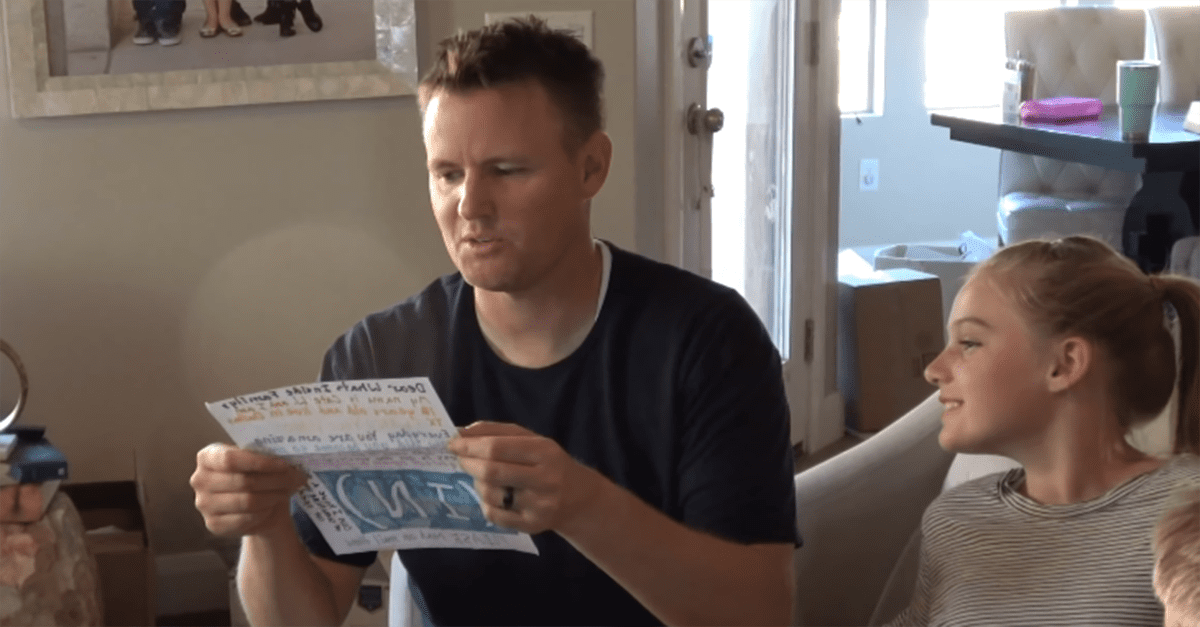 Joseph remembered 1993 well – it was a terrible year. He and Jennifer had been married for a while before they realized that something was very wrong.

After Jennifer had come clean with him, he had been supportive. He had told her that as long as they had each other, nothing else mattered. But that hadn’t been enough for her. 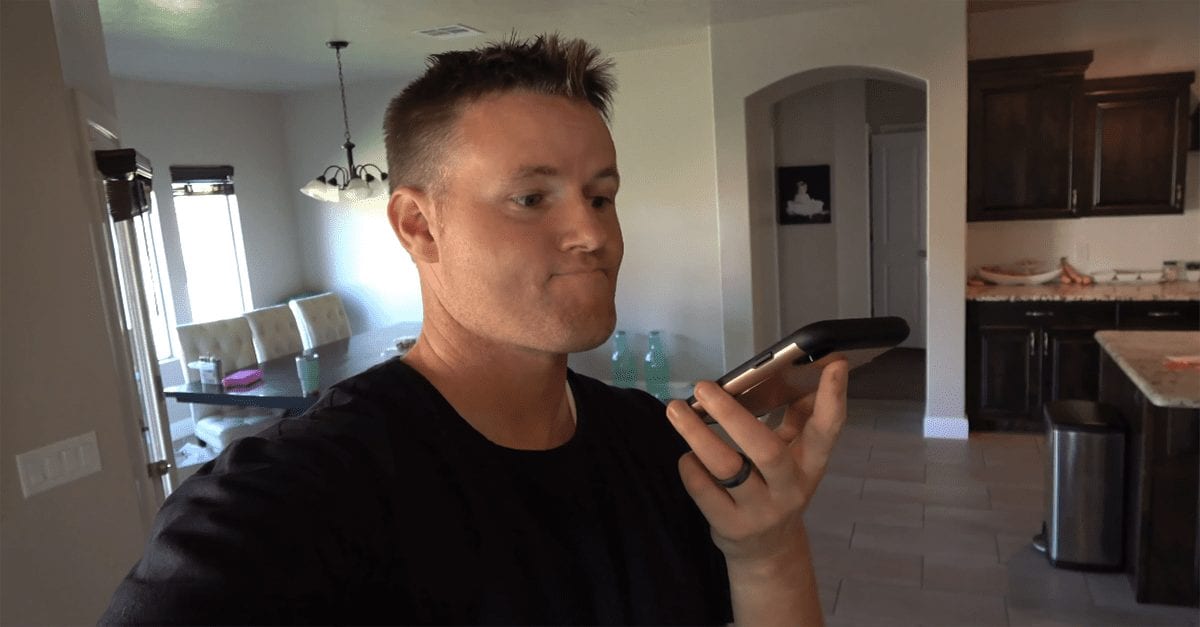 It was after Jennifer showed him the umpteenth negative pregnancy test that he conceded. They were having trouble conceiving, and he was terrified that the fault lay with him. But he would only find out that that was indeed the case 24 years later.

The couple decided to visit what was then named the Greater Cincinnati Institute for Reproductive Health. Jennifer was desperate to try. 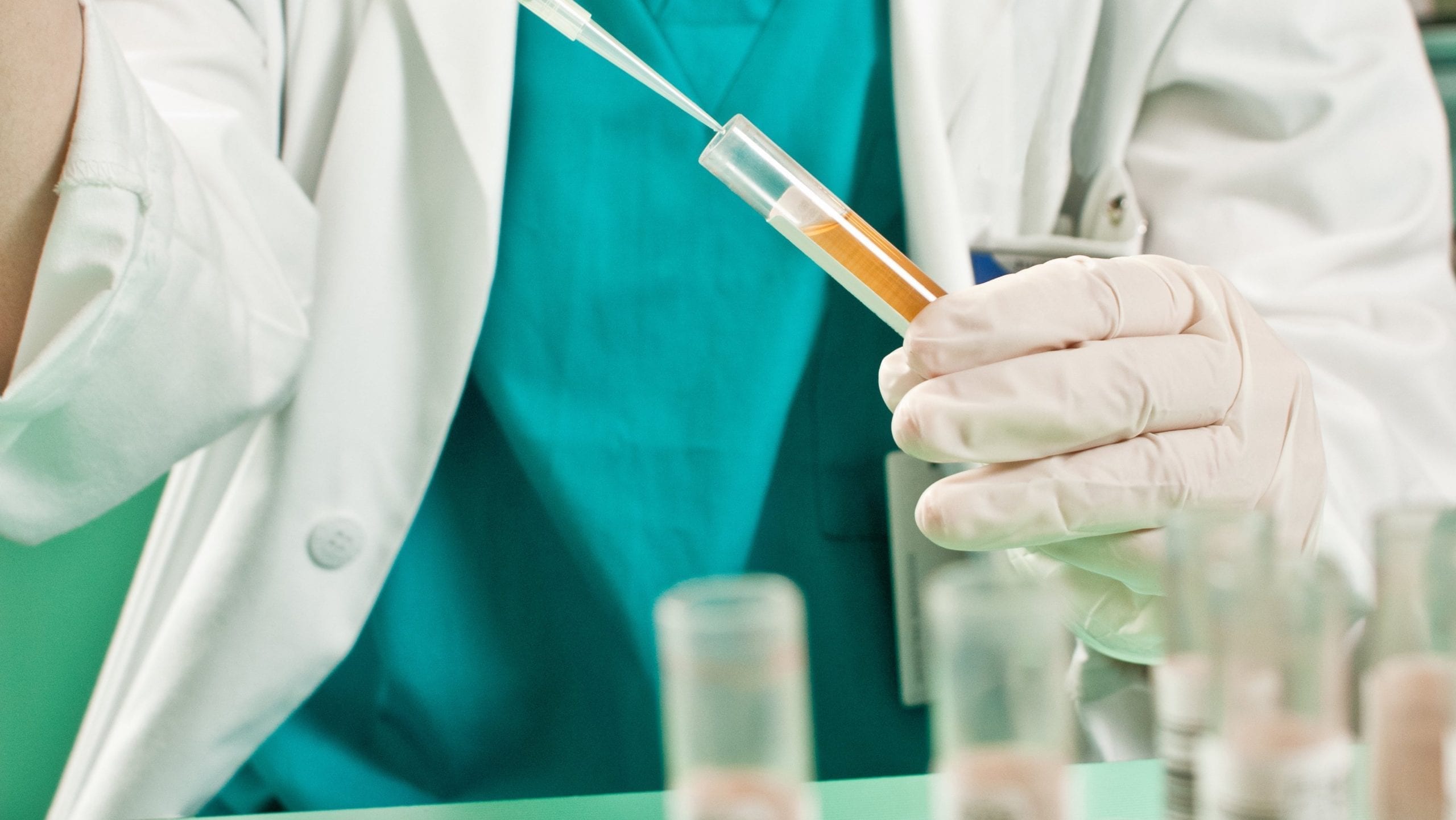 After countless tests, the couple explored the options with their doctor. And, after much careful deliberation, they decided to try in vitro fertilization, or IVF.

The procedure would be vastly expensive, and they had no guarantee that it would even work. But at this point, Jennifer was willing to try anything. But something had gone horribly wrong.

What Does It Mean? 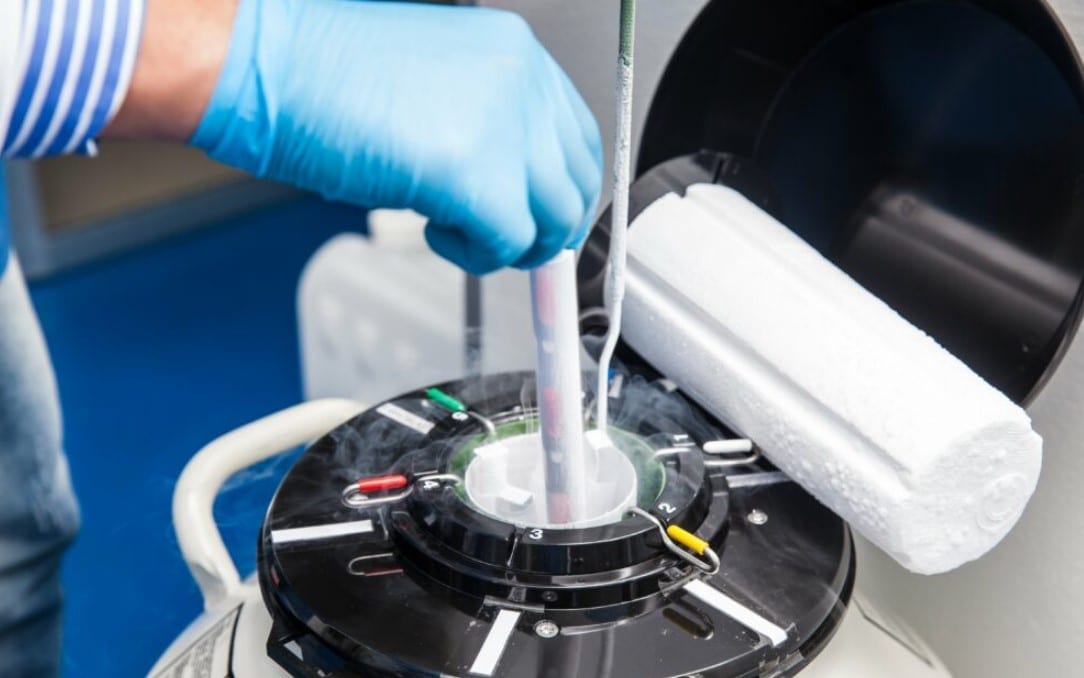 As many will know, IVF involves an egg being fertilized with sperm in a lab environment before it is implanted inside a woman’s uterus – in this case, Jennifer’s.

And before the Cartellones underwent the procedure, they had been assured that Joseph’s sperm would be used to inseminate Jennifer’s eggs, meaning that he would be the biological father. So, just what had gone wrong? 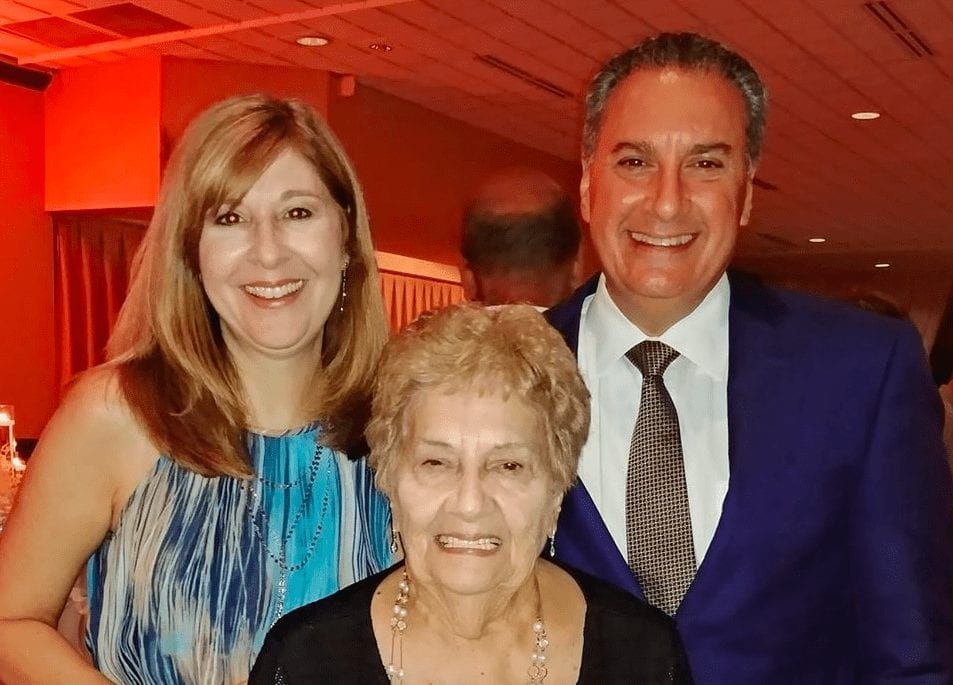 Well, in light of Rebecca’s DNA results, it appears that sperm belonging to someone else was used during the IVF process. And the doctor had never imagined that he would be caught out.

Naturally, then, the Cartellone family felt as though they had been betrayed. Speaking at a news conference in August 2019, Joseph explained, “This has been extremely difficult for my family.” 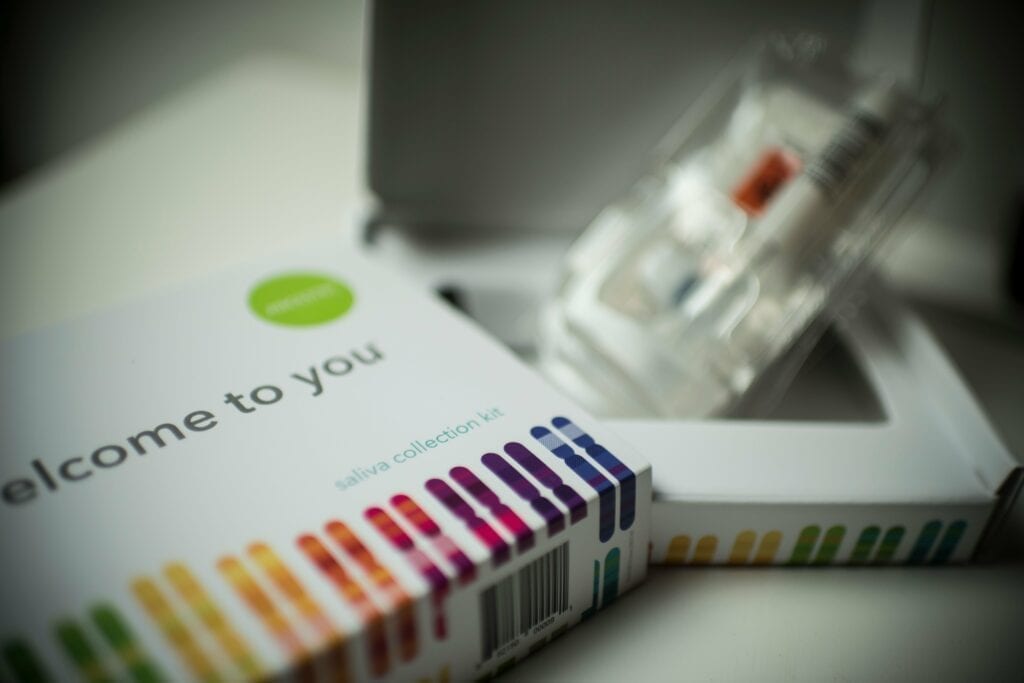 Joseph continued, “I never would have imagined the Christmas gift of a home DNA kit would unveil this kind of abuse of our trust. For our daughter Rebecca, it’s even tougher. She’s experiencing significant emotional stress and confusion concerning her own identity.”

It appeared, too, that the results had also had a major impact on the man who had previously assumed he was Rebecca’s biological father. 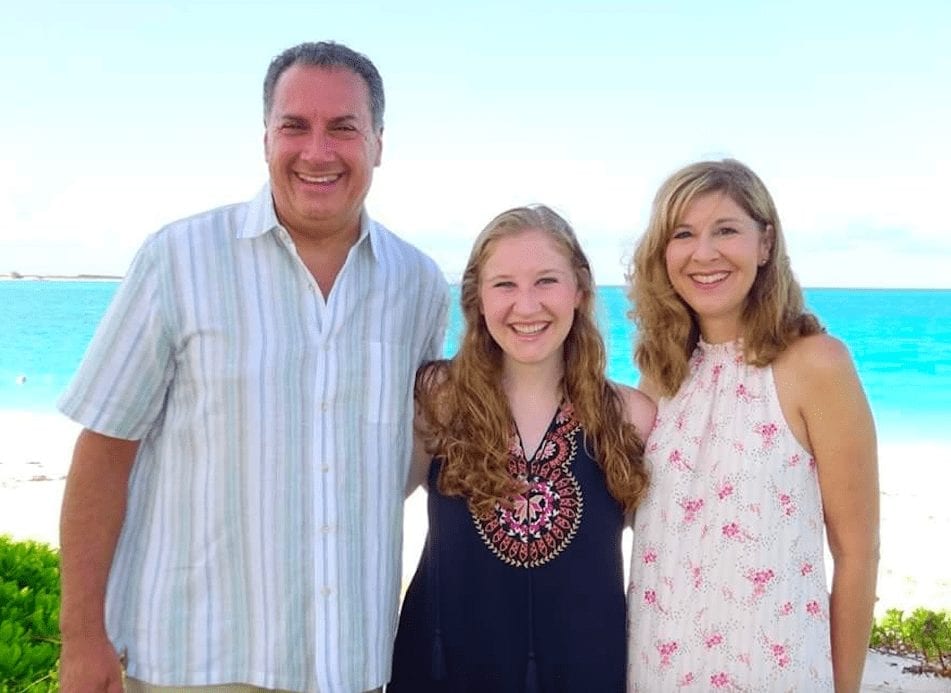 Speaking candidly at the news conference, Joseph said, “It’s hard to explain the shock and agony when you find out that someone you love and care for — your own daughter — is not genetically related to you…”

“There’s a mix of anger, pain, and confusion that comes along with having to accept this and having to break the news to our family.” 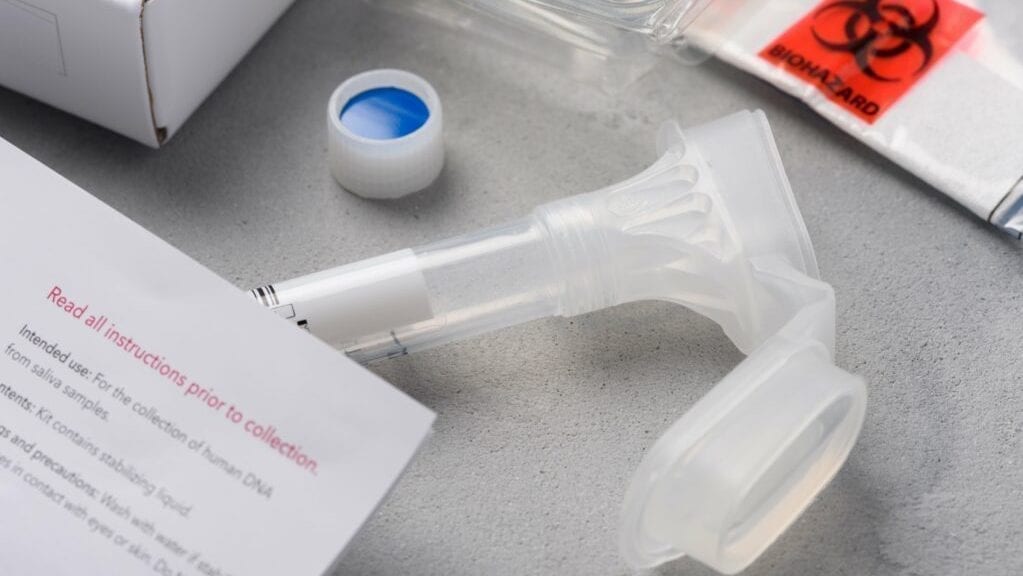 And while speaking about Jennifer’s reaction, Joseph revealed, “She has to deal with the fact that this clinic… fertilized her eggs with a complete stranger’s sperm and placed them in her body…

She’s profoundly disappointed that she can no longer give birth to a child with both of our genetics… And that’s exactly why we sought the help of doctors… in the first place.” So, after making their shocking discovery, Joseph and Jennifer filed a civil lawsuit against The Christ Hospital Health Network, Ovation Fertility Cincinnati — today called the Institute for Reproductive Health.

In particular, the Cartellones alleged that the original lab that had helped them conceive Rebecca had in fact used another man’s sperm. Of course, the case shocked the world. And while speaking at the Cartellones’ press conference, managing shareholder Joseph C. Peiffer said of the family’s case, “This is a massive betrayal of trust and an unthinkable break of trust.” After an investigation was conducted, an even more scandalous detail came to light.

According to the firm, moreover, only one of five people could be Rebecca’s biological father – with a doctor at The Christ Hospital allegedly among these individuals!

Crucially, The Christ Hospital had previously been associated with the Greater Cincinnati Institute for Reproductive Health, where Joseph and Jennifer had undergone IVF. But what had really happened? “The defense should go through their records and find whose sperm they used to create the embryo… We have no idea if this was intentional or a horrifically negligent accident. We’ve asked, but we’ve been met with radio silence,” the Cartellones’ lawyer Adam Wolf told the Daily Mail.

In response, The Christ Hospital simply stated that it was “evaluating the allegations surrounding events alleged to have occurred in the early 1990s.” 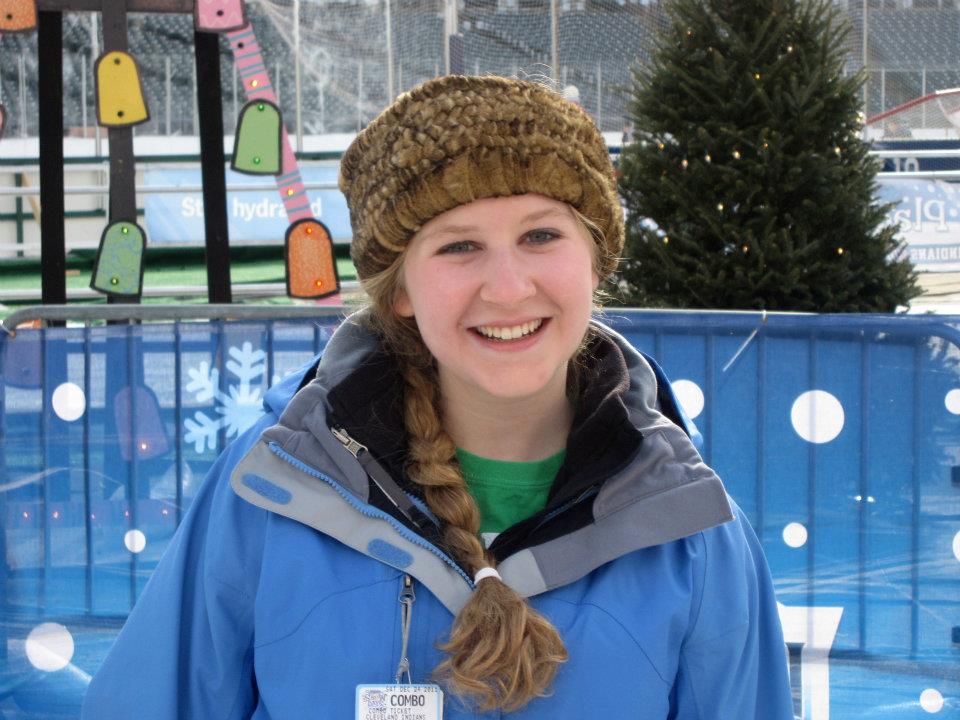 The Cartellones’ suit continues to make its way through legal proceedings, although it may be a long journey to the truth.

And in the meantime, Rebecca can only wonder about who she is and whether she has further biological relatives – ones that she may not have known about if it hadn’t been for an at-home DNA test.